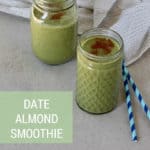 This creamy dreamy Date Almond Smoothie is thick and luscious like a milkshake, yet totally plant-based and packed with veggies. Naturally sweetened with frozen banana and dates, nutty and delicious, this is just the thing when you want something sweet but healthy. 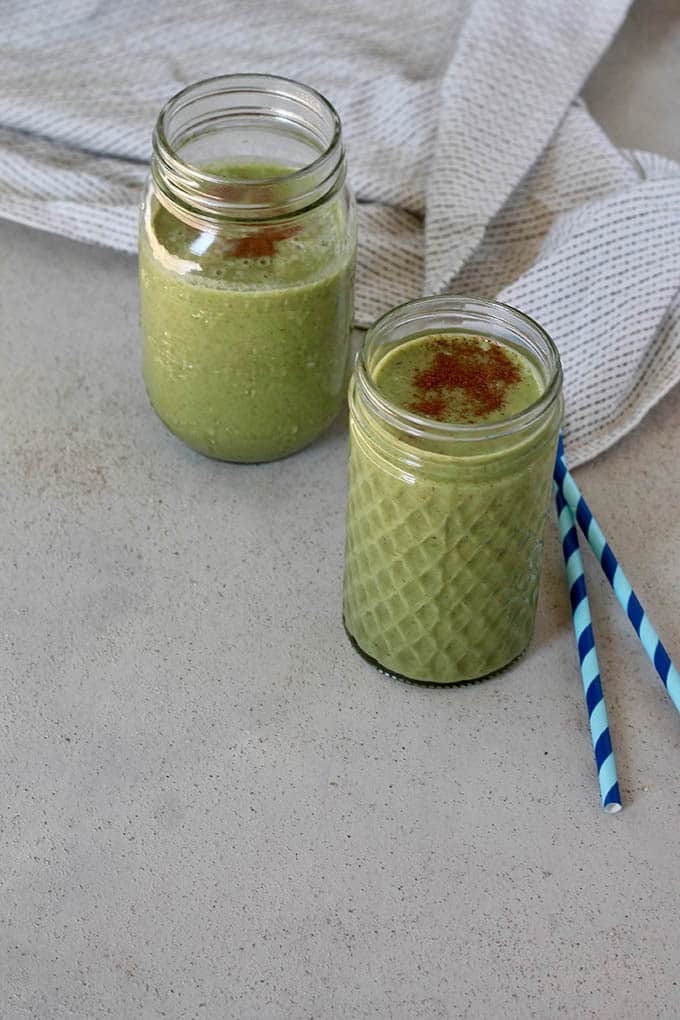 I kind of forgot about smoothies in the beginning since all I could tolerate was fast carbs like bread and pasta and pretzels, but then one day I woke up feeling particularly queasy and set out to answer this question: how many pieces of toast will I need to eat before I stop feeling like I might throw up? Turns out the answer was somewhere around five, which is something I’m neither proud or ashamed of; it is what it is. 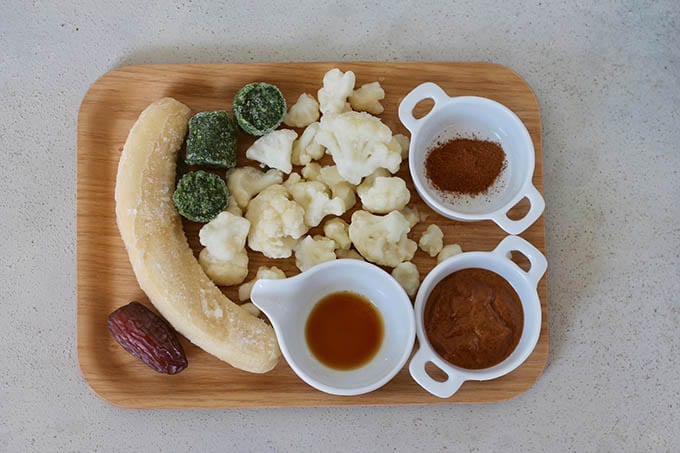 But it turns out that when you eat five pieces of toast for breakfast and then drag yourself to a nutrition workshop where you smuggle in a couple of emergency cheeseburgers-hold-the-beef from a certain fast food joint, eat your emergency burgers because, yes, they were indeed necessary, and *then* go out for burgers and fries with your colleagues, well, if you’ve ever wondered how much bread is too much I now have an informed answer.

I think all of that kicked my body into remembering that in spite of being repulsed by basically all non-bread food, it did in fact need other things, like vegetables and fruit and protein. I remembered about this Date Almond Smoothie, which I used to make on the reg but hadn’t made in ages. It’s packed with veggies, naturally sweetened, and tastes like a milkshake, which was just the thing I needed. 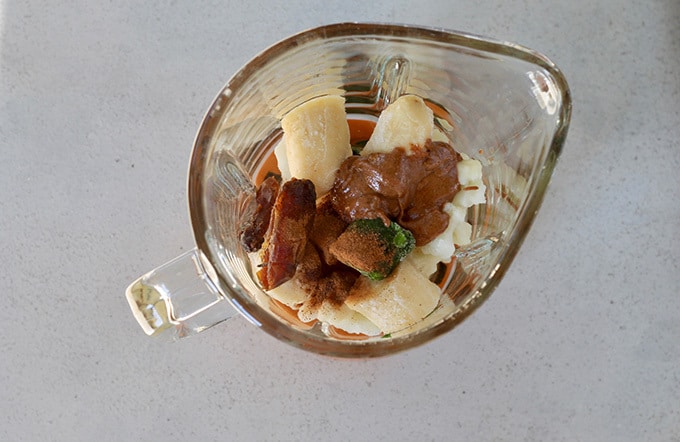 Like many recipes that have been sitting in the archives for a lengthy time, it was well in need of an overhaul. Fewer dates to begin with – the original recipe called for FOUR, which seems like an unnecessary sugar bomb, even if all of that sugar is coming from fruit. I also felt like the recipe needed more veggies, of course, and since I throw frozen cauliflower into pretty much all of my smoothies these days, I tried it out here as well with good results.

My plant-milk of choice these days is unsweetened oat milk, which I’ve spruced up with a splash of vanilla extract and a pinch of cinnamon. That, along with the creaminess provided by the frozen banana and cauliflower, help this smoothie taste like more of a milkshake than anything else – which sometimes is exactly what you need. 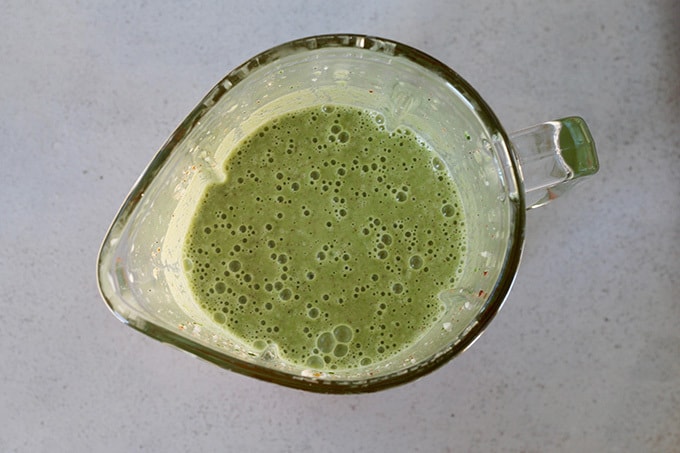 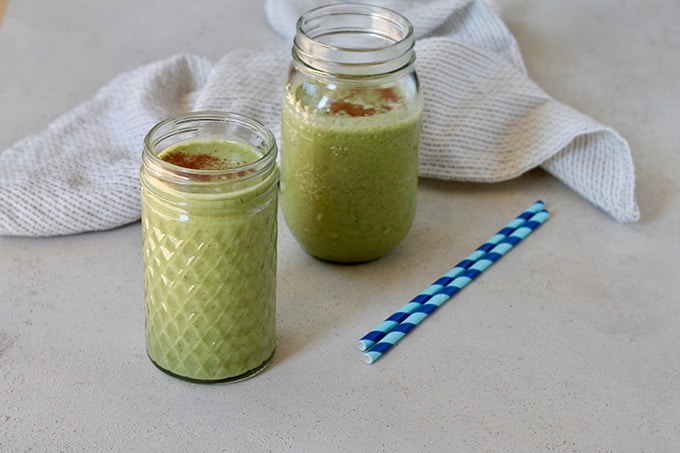 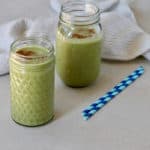 This creamy dreamy smoothie is thick and luscious like a milkshake, yet totally plant-based and packed with veggies. Naturally sweetened with frozen banana and dates, nutty and delicious, this is just the thing when you want something sweet but healthy.
Course Breakfast
Cuisine American
Keyword smoothie
Prep Time 5 minutes
Servings 1
Calories 462kcal
Author Katie Trant

Nutrition values are an estimate only.