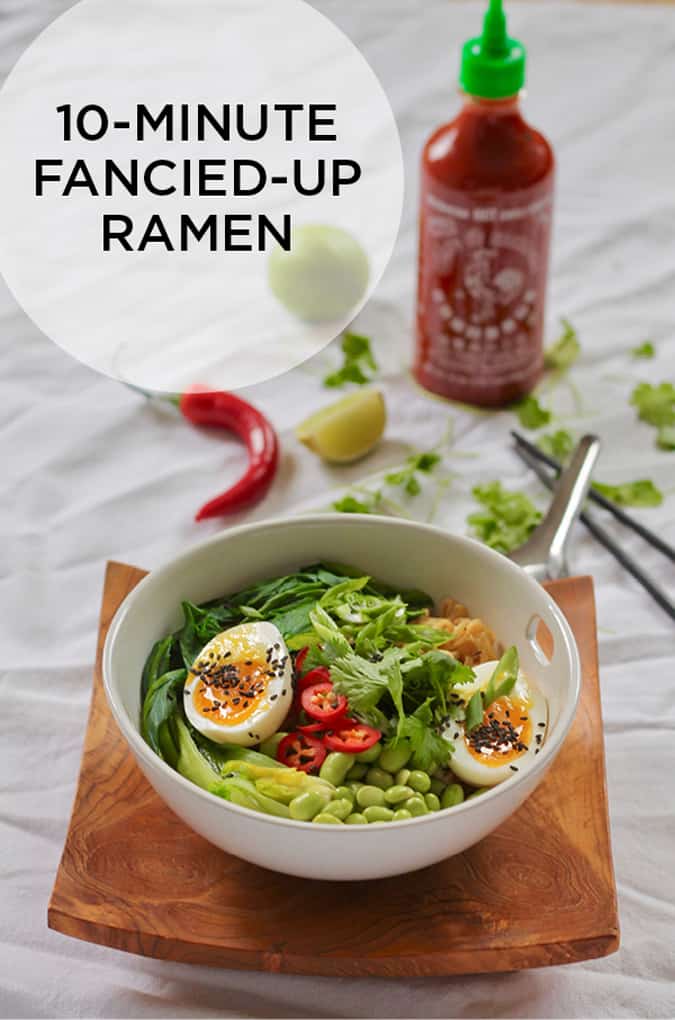 Our freezer crapped out a couple of weeks ago. I woke up in the middle of the night to the incessant bleeping of a temperature alarm, and over the next 24 hours we watched the temperature slowly rise. Minus 11, minus 8, minus 5… the slow but inevitable thawing of all of our baking, all the tiny little toddler meals I’d stashed away for Niko, and a couple dozen individually portioned freezer meals. We waited eight days (eight days!) for a technician to come in, eight days with a freezer thoroughly emptied, cleaned out, and turned off, and when they finally did come it was fixed in under 10 minutes; some small electrical part simply replaced.

I hate wasting food, so when it became clear that we were going to have to consume or lose everything, I put out a call for help to my office and schlepped in packed lunches for 15 people. Little foil-wrapped packets of lasagna and strata, containers of soups and curries (this curry, which might be the post popular recipe on this site), ziplock bags of spicy black beans that were perfect on toast with a side salad, and vegetarian chili. In the end all of the meals were eaten, and we only had to throw away dripping bags of frozen berries and other freezer flotsam that we just couldn’t put to use fast enough. 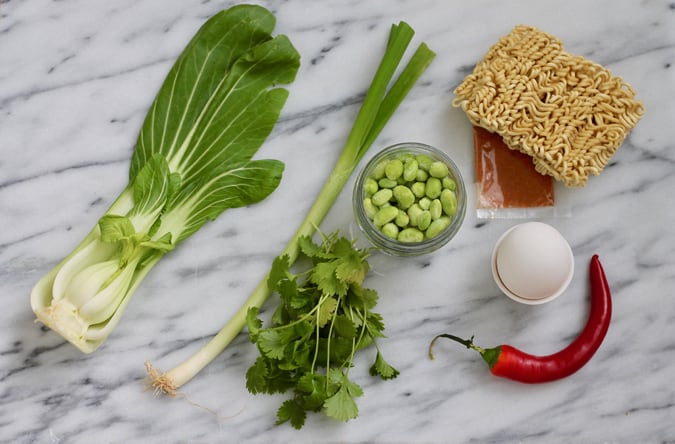 In the absence of my trusty freezer meals, I had to come up with a few quick and easy meal ideas on the fly. A quick business trip to London thrown into the mix, meant coming home late, tired, and void of a packed lunch for the next day,  so I (*gasp*) bought my lunch a couple of times, which was nice and fun and tasty, but not something I want to make a habit of.

Of all the quick fixes there was this: ramen. And I don’t mean the posh kind with fresh noodles and lovingly home-made broth. Nope, this is instant ramen complete with one of those little plastic-wrapped flavour packets, but fancied up. I got on the instant ramen train after trying Roi Choi’s perfect instant ramen, which includes an barely-cooked egg poached right in the broth, and a slice of American cheese melted over the top. Throwing a processed cheese slice into your ramen sounds weird, right? But man oh man is it ever good. 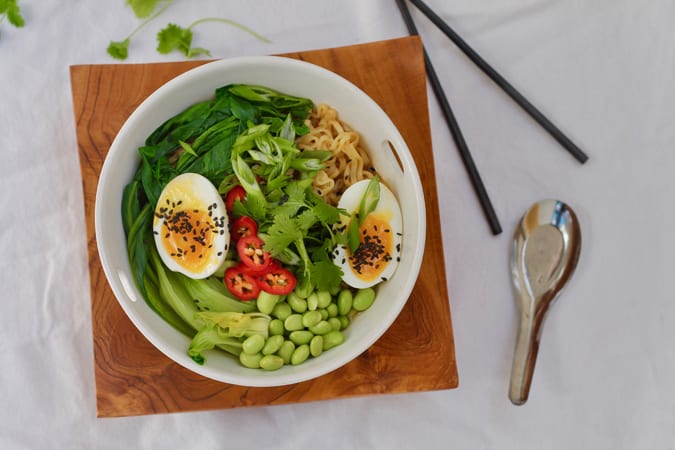 But, this is The Muffin Myth and I am not Roy Choi, so we’re going veggie loaded here. I used bok choy, shelled edamame, scallions, cilantro, and sliced chiles, all of which lightly cook in the broth with the noodles. I have also done an egg, but frankly the just barely cooked egg thing kind of squigs me out, so instead I did a six-minute soft-boiled egg, which I cooked in a separate pot alongside the ramen. It’s an extra dish to wash, yes, but it doesn’t add to your cooking time whatsoever. For me the step of soft-cooking the egg separately is fully worth it for getting the perfect (to me) egg texture of a well-cooked white and a medium-soft yolk.

A note on the vegetables: in these photos I’ve sliced the boy choy lengthwise, but that’s because I wanted to style this particular bowl of ramen to take photos of. I find bite-sizesd pieces are easier to eat, however, and if I hadn’t of been taking photos I would have chopped all of the veg up like so. Also, you can really choose your own adventure with the veggies you include. I also love snow peas, baby corn, broccoli florets, spinach leaves, and bean sprouts tossed in with the hot broth. It’s such a quick and comforting meal, and one I look forward to after a long day at the office. I hope you like it.

Bok choy, also known as pak choy, is a member of the brassica family which also includes broccoli, collard greens, and kale. Pak choy is host to a number of antioxidant nutrients including vitamin C, carotenoids (a pre-curser to vitamin A), manganese, and zinc, as well as a range of phytonutrients. There are also many anti-inflammatory nutrients in pak choy, including the omega-3 fatty acid alpha-linolenic acid (ALA) and vitamin K. Pak choy, like other cruciferous vegetables, are a good source of glucosinolates – unique sulfur-containing compounds that have been shown to have cancer-protective properties. It’s also a good source of potassium, folate, vitamin B6, calcium, iron, vitamin B2, phosphorus, and dietary fiber. 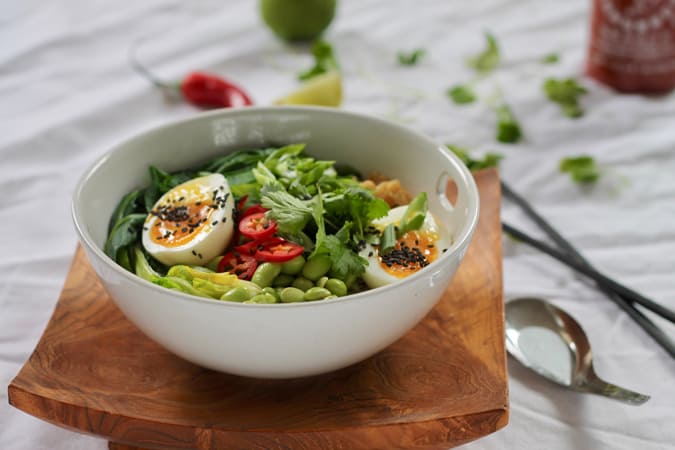 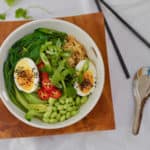 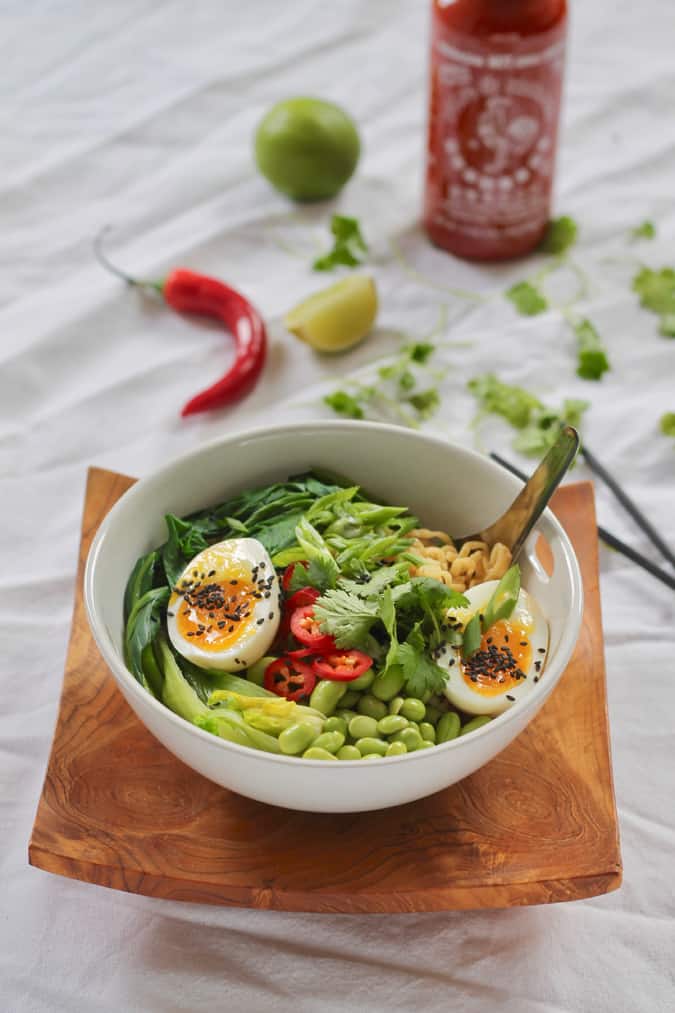 « that salt study
what’s good around the web! »