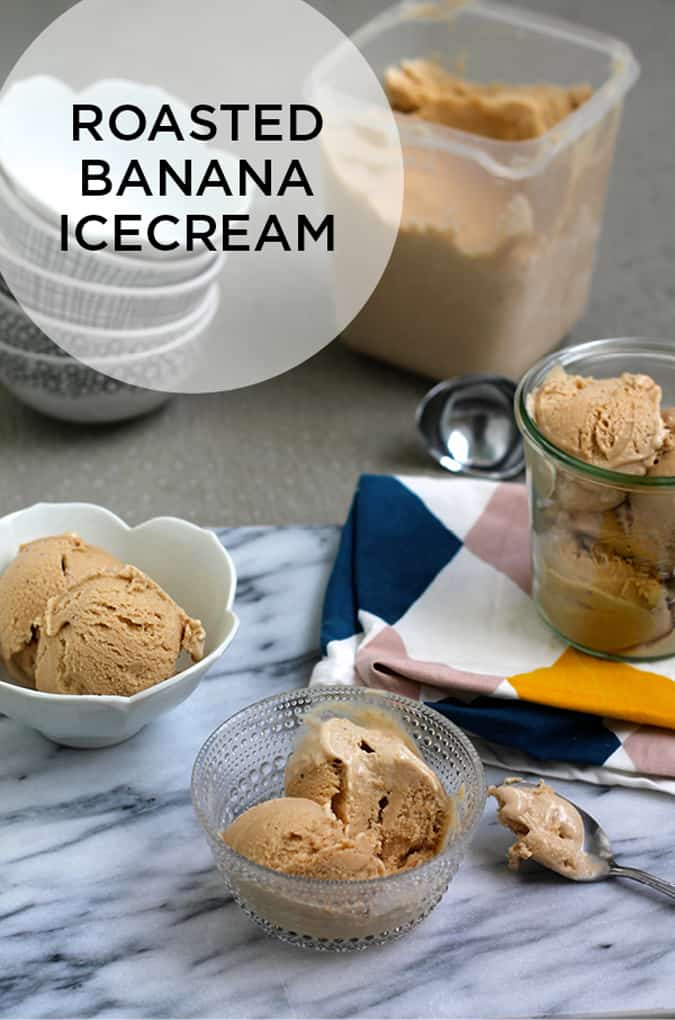 My baby turned one last week.

Although it was an unexpectedly weepy and nostalgic day for me, Niko seemed to give zero effs about it. I walked into his room on Wednesday morning singing happy birthday, and he shouted something that I interpreted along the lines of, "shut your face and give me that damn bottle, mom!"

Since he clearly neither understood nor cared about his first birthday, that we threw a big party in honour of it does seem a bit ridiculous. But, I've never been someone who is put off by ridiculousness, and so it was. As expats without any family around, birthdays and other special events can seem a bit lonely, but we've got an outstanding group of friends who always pull out all of the stops and make sure there is more than enough pomp and circumstance at these kind of things. And so, Niko was properly spoiled by his Auntie Brigade.

I spent a frankly laughable amount of time agonizing over what kind of cake I should make for him. I'm a big believer in a proper cake for a first birthday, gloriously laden with butter and sugar and all that is good. I wanted a cake that was approachable for the little dude, but that would still be delicious for the adults in attendance (after all, I've got a reputation to maintain). Chocolate seemed like it would be too intense, carrot cake, which is traditional in my family for birthdays, was probably too chunky, and a straight up white cake just seemed too plain. Luckily my friend Kate from The Little Loaf is a month ahead of me in this game, and she'd already done the work of figuring out the perfect cake: a white chocolate cake with a zippy lemon butter cream and a bit of strawberry jam between the layers. I increased the recipe by one-third to fill my tins a little fuller (as they were 9-inch tins rather than the called for 8) and make Niko a little smash cake. 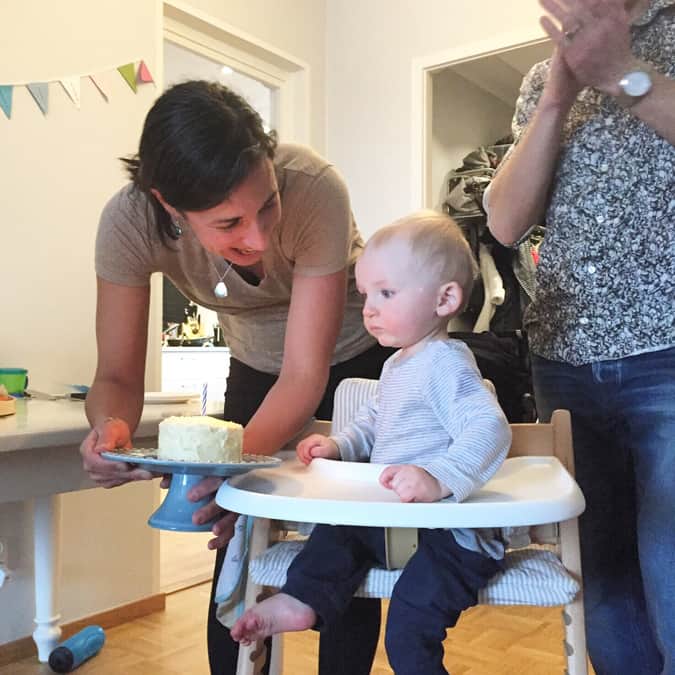 In the end it was all for naught, as the little guy simply refused to try even the tiniest taste of cake. Refused! Cake! Whose child is this?! The little guy seemed a bit overwhelmed by the whole affair, but even later, away from the crowd of friends and the noise and all the new stuff, and again the next morning at breakfast strewn amongst the bits of waffle he was enthusiastically spearing with this baby fork, he regarded the cake with nothing but suspicion.

So we've got a mountain of cake left over (getting sliced and going into the freezer, thank you very much) plus an impressive amount of chocolate chip cookies (these ones, which are the BEST) and two kinds of home made ice cream. Earlier in the planning process I declared that it was going to be a Curious George themed birthday party, since in Swedish Curious George is called Nicke Nyfiken (Nicke is a more common shortening of Niklas, Niko's full name, and nyfiken means curious), but since I am no pinterest mom, making a double batch of roasted banana ice cream was as far as I got on the whole theme thing. 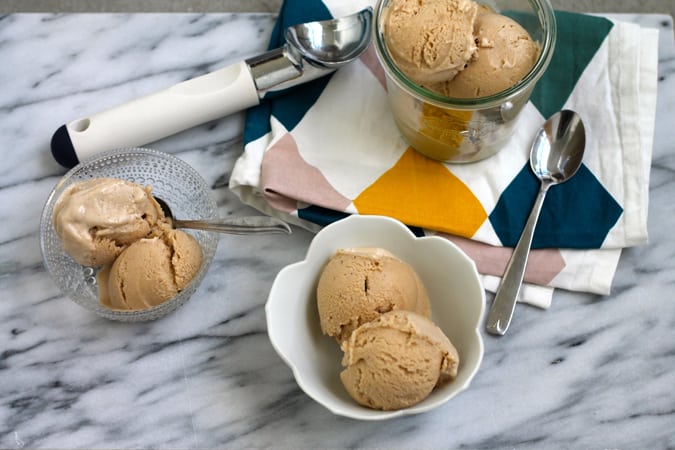 Speaking of regarding things with suspicion, this recipe, which comes from David Lebovitz's ice cream tome, The Perfect Scoop, doesn't call for any cream. I thought that surely must be a mistake, since who in their right mind, particularly a pastry chef of that caliber, publishes an ice cream recipe without any cream? So I took to the internets looking for reviews of the recipe, and all those that I discovered were simply glowing. Now I know why.

Super-ripe bananas are tossed with butter and brown sugar and then oven-roasted until they become soft and caramelized. This, blended with some whole milk, vanilla, and a bit more sugar, becomes an impossibly thick and rich mixture. So thick, in fact, that it requires a good whisking before being poured into the ice cream maker. The result is a cream-free ice cream with a robust banana flavour and a velvety texture, yet one that's a bit on the lighter side as far as ice creams go. If you have an ice cream maker, I highly recommend you give this on a go!

Alright, normally this is where I share some nutrition info or ingredient trivia with y'all, and sure, there is some virtue in bananas and whole milk. As far as ice cream goes, this one is pretty decent for you. But let's be real, it's still ice cream (cream or not!) and still a treat. Try to enjoy mindfully, savouring each mouthful and really tasting it. And then, perhaps a walk? 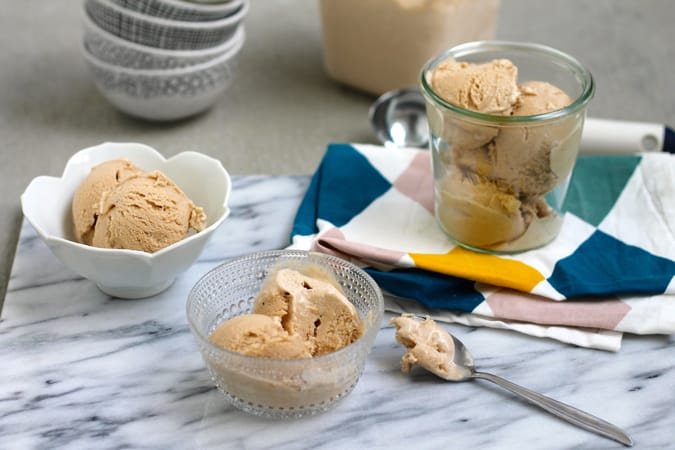 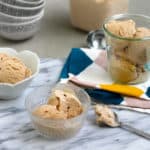 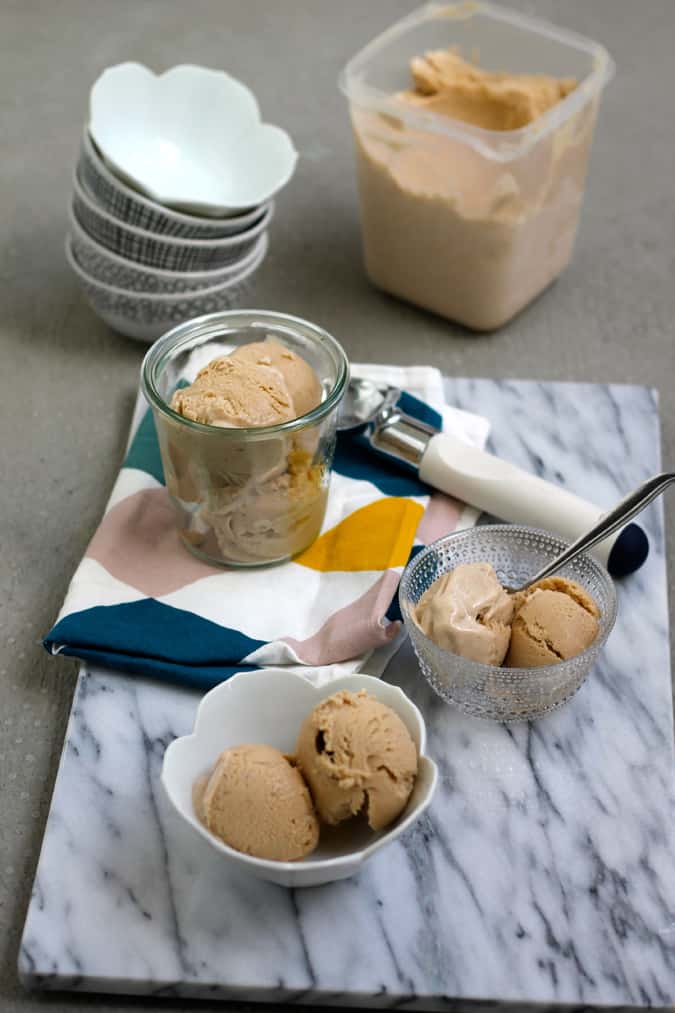