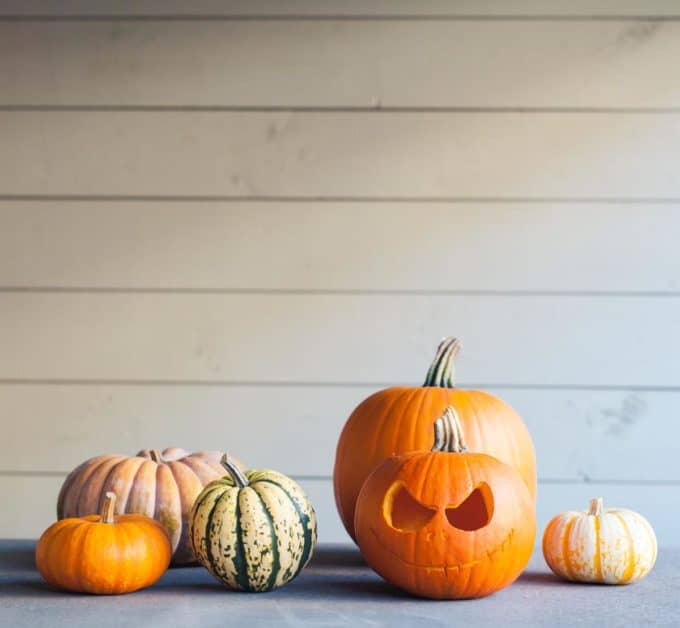 Did you know that you can cook your Jack-o-Lantern?

It's true! Your halloween pumpkin is food!

Here's a totally bonkers stat: each year approximately 18,000 tons of pumpkins get tossed out after halloween. If they're not properly composted, those pumpkins end up in landfills where they decay and release methane gas.

One of the most certain ways to help combat climate change is by reducing food waste, so how about cooking your halloween pumpkin instead of throwing it out?

Can you cook halloween pumpkins?

You sure can! Halloween pumpkins are just really big squash. While they may not be as sweet as a muscat or sugar pumpkin, they're perfectly edible and I cook mine every year and use it to make homemade pumpkin purée, which I use in all kinds of recipes.

I lean towards using my cooked jack-o-lanterns in recipes like Pumpkin Millet Muffins or Pumpkin Snickerdoodles which have sugar and spices to help out with the flavour of the pumpkin. Having said that, some savoury recipes, like Baked Pumpkin Risotto also will give your jack-o-lantern a respectable second life.

Is it safe to eat a pumpkin that's already been carved?

Maybe. It depends on how long ago it was carved.

My food safety protocol is to only cook jack-o-lanterns that have been carved within the last 24 hours and kept outside in the cold.

Because I like to cook my jack-o-lanterns, what I usually do is carve them on October 31st and then cook them in the morning of November 1st. Alternatively, I'll let my kids draw on the ones I'm going to cook instead of carving them.

If you have any doubts about whether your pumpkin is safe to cook or not, err on the side of caution and compost it instead. 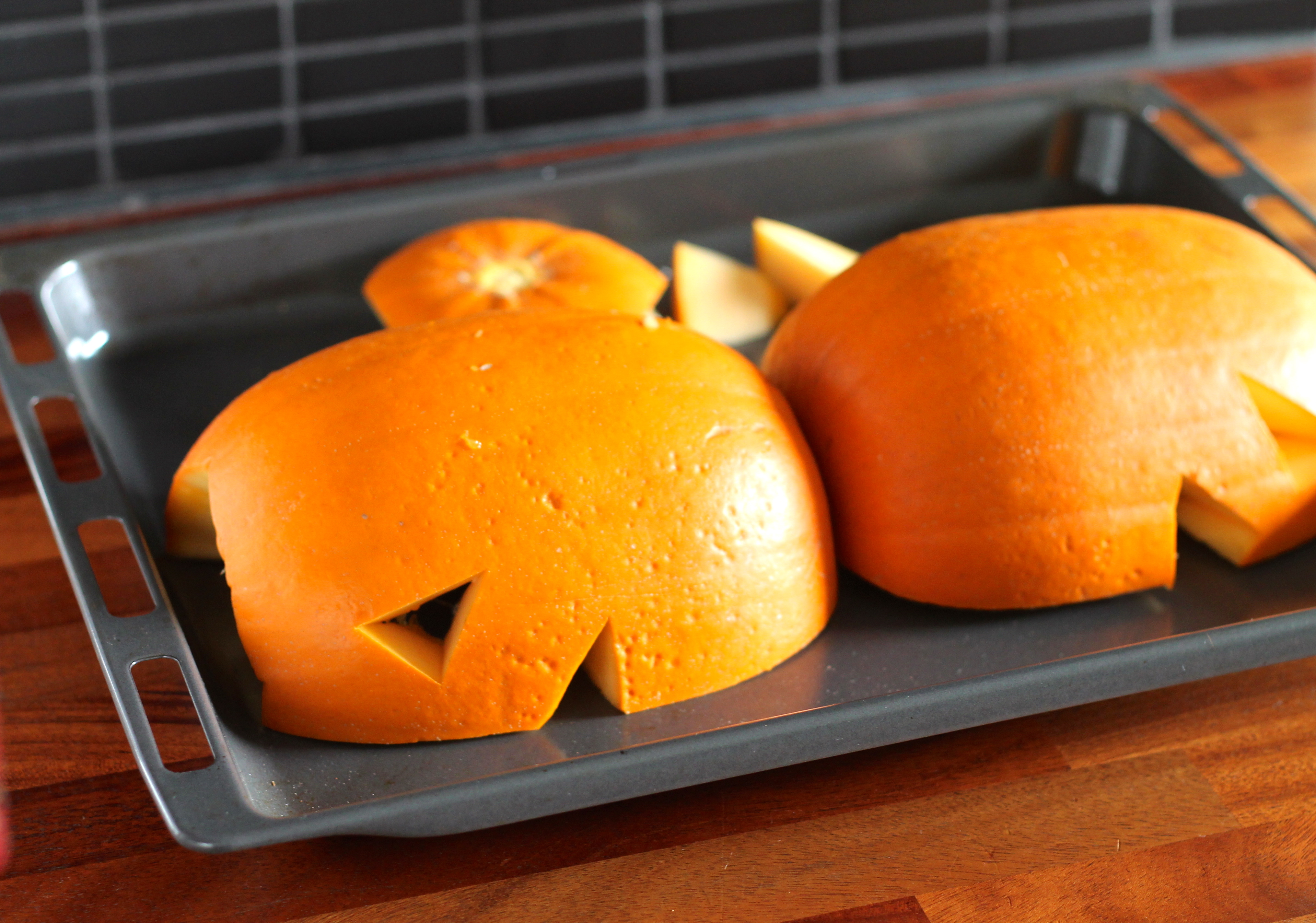 How do you cook a jack-o-lantern?

The exact same way you'd cook any other pumpkin! My preference is to roast it, then purée the flesh and freeze it in one-cup portions if I'm not using it right away.

For step by step instructions on how to cook a pumpkin jump over here --> How to Make Homemade Pumpkin Purée.

« What's Good This Week
Just Between Us »