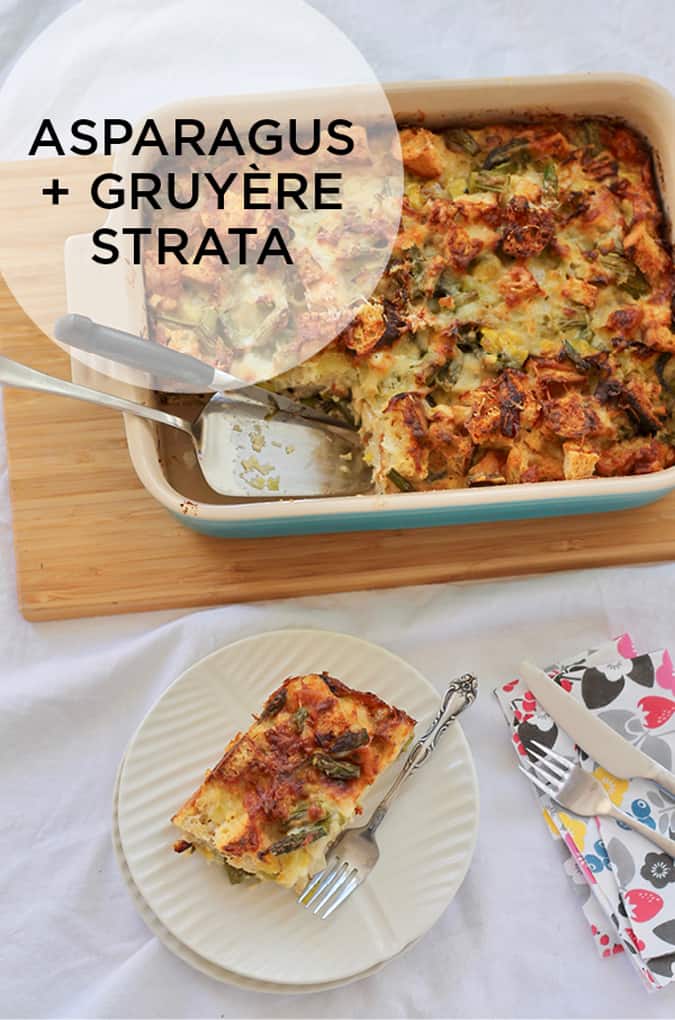 I have a vague memory of asparagus growing in my parents' back yard in Vancouver. Not a lot of it, just a handful of spindly stalks poking up each spring in the raised garden bed beside the garage. Asparagus is a perennial crop, so I'm sure it was planted at some point in ancient history and then popped up each year as a surprising but welcome spring visitor.

That house is gone, sold after more than 65 years of being lived in by our family. It was demolished, after a lot of deliberation by the new owners, and a new house built on the same land. Surprisingly, I felt glad when I learned that the house was to be torn down. We had good years there, three generations of our family having lived under one roof. It made me sadder thinking about somebody else sleeping in my room, which had also been my grandparents room at one point, than it did to see the house torn down. It was our house, and now it's gone, and our family has moved on.

Still, my memories take me back there all the time, to the various nooks and crannies of the house, and it sometimes catches me off guard when I remind myself that the physical structure is gone. As, I'm sure, are the raised garden beds and the spindly little perennial asparagus patch. But it's a nice reminder no less; spring is here, and so is asparagus, even if only for a moment. 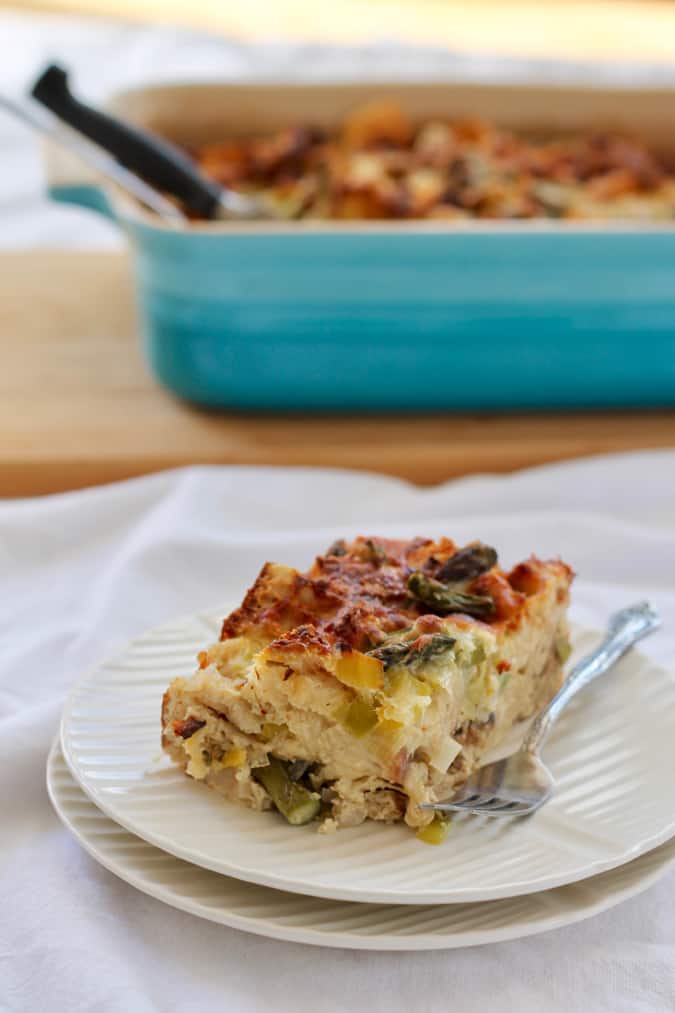 Asparagus is one of a handful of ingredients that I am adamant about buying only when it is well and truly in season.  Its season is short and fleeting, and asparagus is delicate - although not at all dainty - so my prerogative is to eat as much of it as I can while it's doing its seasonal stint. Funny-smelling pee be damned, this is one of my most favourite vegetables.

I was looking for a way to use up some of the glut of extra egg whites I've got on hand as a result of having received an ice cream maker for my birthday. One can only make so many meringues, it would seem, and though I've been trying my hand at egg white omelettes with good success, I wanted to see what else I could do. I make stratas often, and I'm of the opinion that they're pretty much the perfect meal. Old crusty bread finds a better home with vegetables and cheese and milk and eggs and seasonings, and all of that puffs up and bakes into a gloriously comforting make ahead meal that goes for bonus points by being incredibly freezer friendly as well. 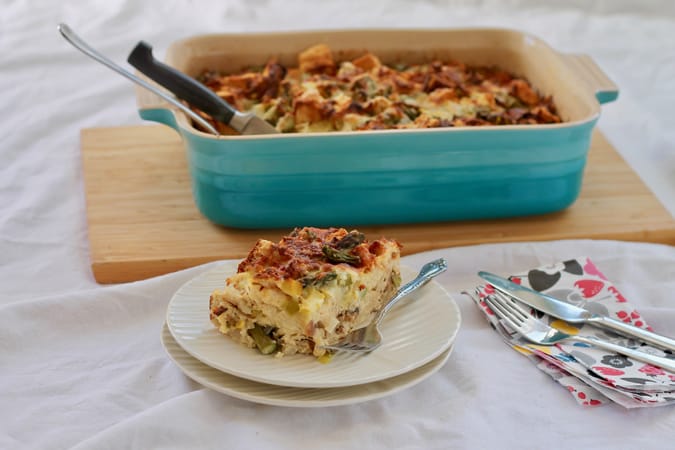 My usual strata recipe uses 9 whole eggs, but since I had a lot of extra egg whites on hand, this time I used six whole eggs and six egg whites. I didn't notice any distinct difference in the richness of the custard once the strata was baked, so I'd say if you're looking for something to do with extra egg whites, or looking to lighten up a strata recipe ever so slightly, this is a good option. I used about a pound of asparagus, broken into bite sized pieces and charred just a bit on the stove top, and a leek, wilted down to buttery perfection. Those spring classics, with whole grain bread and a savoury egg custard, baked until a lid of browned and bubbly gruyère cheese forms on top is about as perfect a one-dish meal you can get.

Asparagus  is a great source of vitamin K, folate, vitamin B1, vitamin C, beta-carotene, vitamin B2, and B3. Asparagus also contains a good amount of phosphorus, potassium, vitamin B6, dietary fiber, vitamin E, and manganese. All that goodness? Who cares if it makes your pee smell funny! 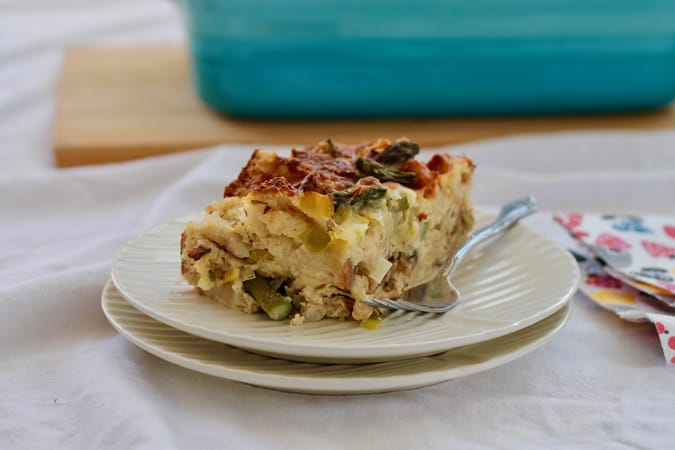 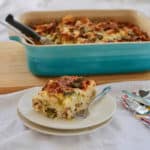 -Any sharp cheese can be used in place of the gruyere, but it really is delicious.
-If you don't have a lot of fridge space you can just soak on the counter for an hour before baking. This is totally fine.
-Cooled strata can be sliced into squares, wrapped in foil, and frozen for quick and easy meals. They make for a great packed lunch.

Love strata? Me too! Other strata recipes on The Muffin Myth: 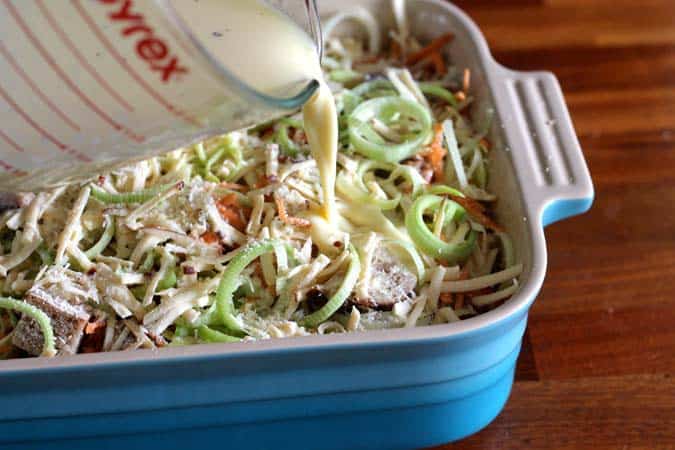 « what's good around the web
that salt study »