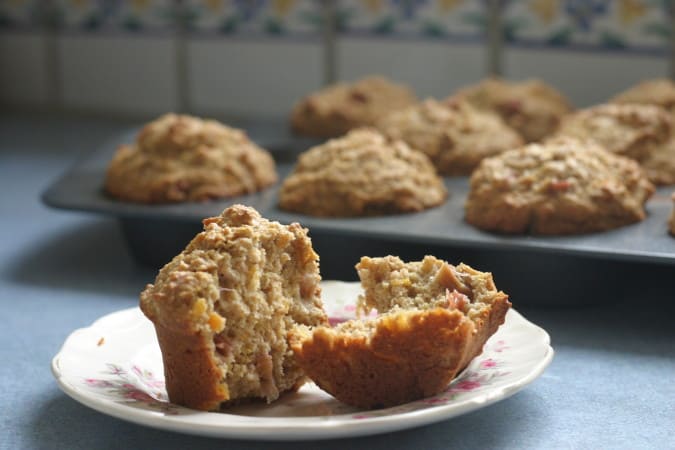 Since finishing my last exam nearly a month ago I’ve been working a tonne, often teaching two different courses in the same day. On the days when I do end up with a block of free time, I load up this mammoth to-do list and genuinely convince myself each day that it will be an easy matter to knock off item after item. Each evening I find myself confused and a little disappointed as to why it is that I have accomplished but one or two things on the list, if anything at all.

My remaining days in Vancouver (there are six of them now) are going to be a whirlwind of work and packing and attempting to sort through the chaos of my room and selling at least part of my business and saying goodbye to friends and studying Swedish and getting my fix of blending and pureeing things as I leave my kitchen electronics behind. Oh, and walking across the stage and getting a little bit of paper that says I know a little about food and nutrition. 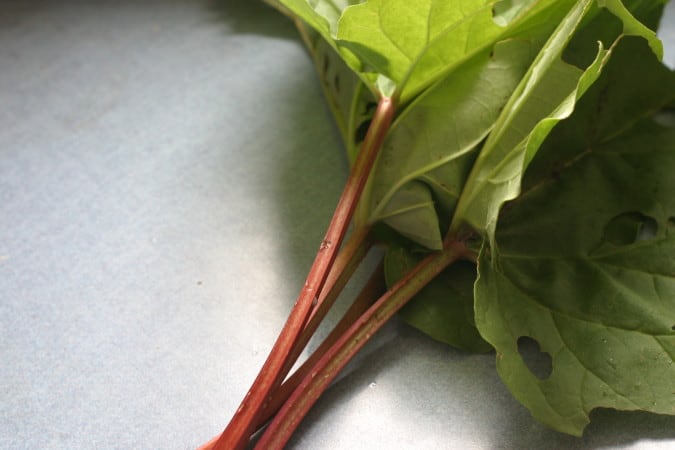 “Update blog” has been on my list most days, as has “make muffins”. I had been testing out batches of pear and buckwheat muffins for some time, and I finally gave up on my vision after my mother announced that they were her least favourite of any muffin I had ever made. My sister, Emily, suggested that instead my mom announce what ones were her favourite and she declared, “all of the other kinds”. 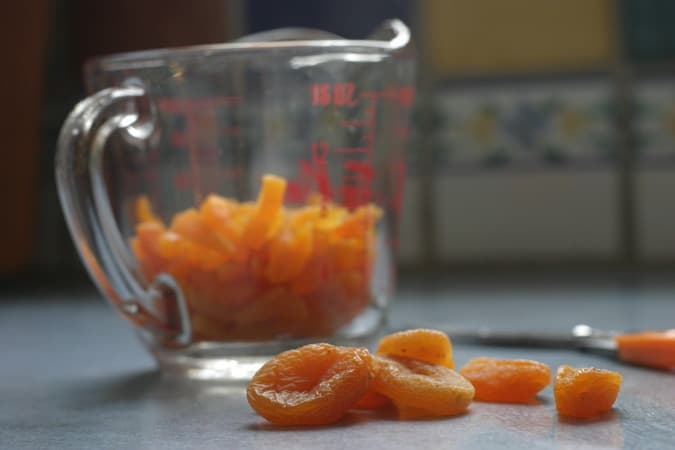 So when, a few weeks ago, I noticed rhubarb had appeared in our garden, I decided to switch gears from the failed pear and buckwheat muffin and tackle a rhubarb muffin instead.

These muffins are formed from a blend of oat flour and whole wheat pastry flour. The moisture base and sweetness comes largely from dried apricots, chopped and boiled and broken apart with a little baking soda, much like the date base in these muffins. There is just a very little bit of sugar sprinkled on the rhubarb to draw some of the moisture out of it, and just a smidge sprinkled over the tops of the muffins to add a little crunch. Both fresh grated ginger and diced candied ginger add spice, and the flavour blends well with the tart rhubarb and the sweet apricots to make a nice fresh tasting spring time muffin.

Botanically, rhubarb is a vegetable but it tends to be treated as a fruit, despite its tart flavour. In the same family as buckwheat, this low-sugar plant is full of dietary fiber, potassium and vitamin C. Rhubarb also contains catechin, a flavonol that may contribute to heart health, as well as polyphenols and antioxidants. It's also rich in B-vitamin complexes such as folate, riboflavin, niacin, thiamin, and panthothenic acid. 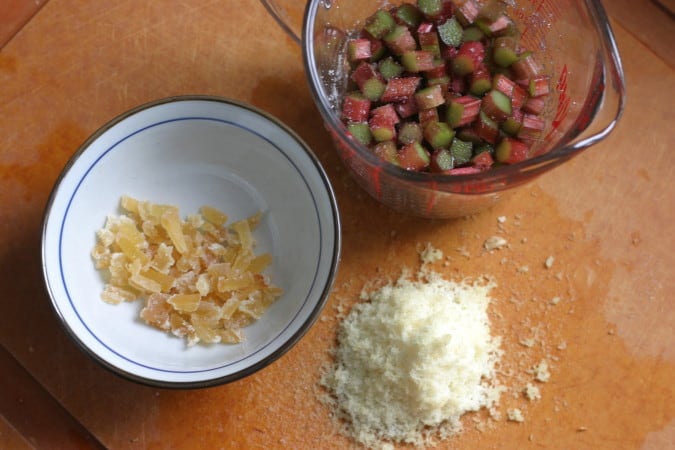 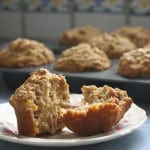 Oat flour adds a nice nutty flavour to these muffins. If you don’t have oat flour you can make some by whirling rolled oats around in a food processor until a fine powder is formed. All purpose flour can be subbed in for the whole wheat pastry flour if you don’t have that handy. The rhubarb from my garden was quite spindly; I used six stalks to come up with one cup of diced rhubarb. If your rhubarb is more robust, be sure to dice it into little bits. About 1 cm square pieces is what you’re after. 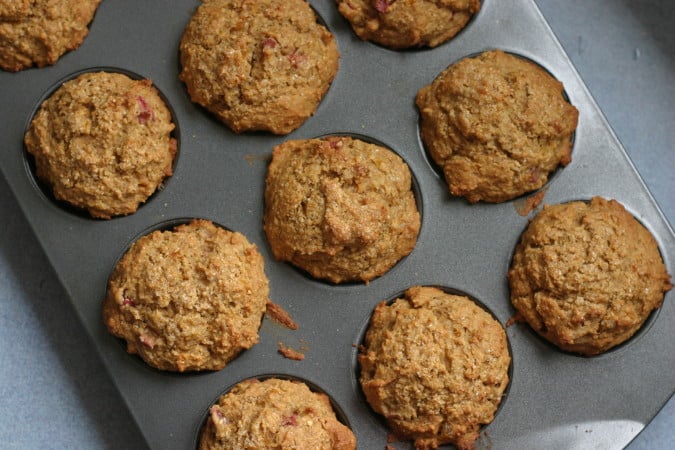