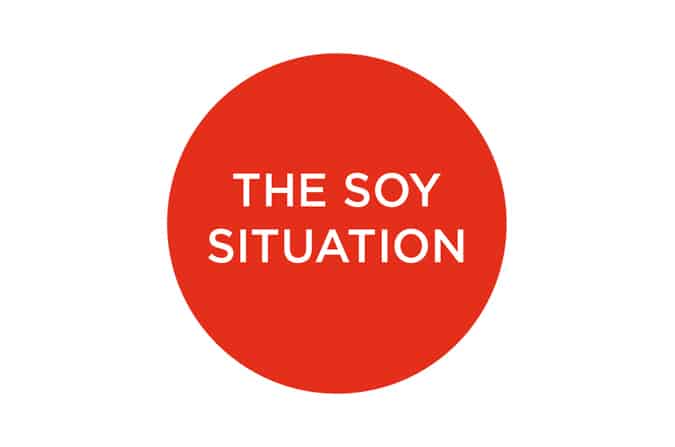 A few years ago I had the privilege of meeting the wonderful Kellie of Food to Glow at a food blogger conference. We had an instant connection and a lot in common - Kellie is a cancer nutrition educator - and over the years it has seemed that we might in fact share a brain; it happens more often than not that we post an almost identical recipe within a day or two of one another, without ever having discussed it first.

I get a lot of questions about the soy situation, and while my answer is based on a good amount of scientific nutrition education, I'm no expert in this department. A while back, after a reader emailed me asking about soy milk, I turned to Kellie for more clear guidance because, although she's about to claim that she's not an expert, in my opinion she definitely is. That thoughtful and thorough email lead me to ask her if she'd consider writing a guest post on the subject, and thankfully she has managed to squeeze us into her busy schedule. So, without further adieu, the lovely Kellie with some words on The Soy Situation: 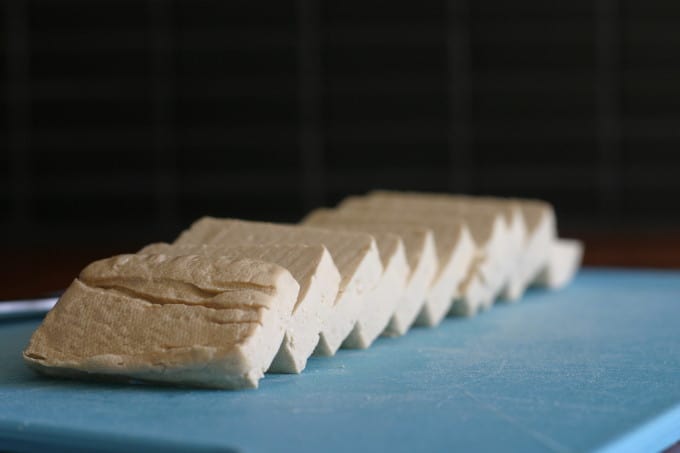 Disclaimer: I am not an expert on soy. Or, in fact, an expert on anything. I do however see many people who are being treated for breast cancer in my work as a cancer health educator with a major UK cancer charity. And one of their main questions is “should I be eating soy?”

Katie has kindly asked me to go through this highly controversial subject with you, but please know that the picture on soy is developing all of the time. I tend to walk the moderation-in-all-things line, but there will be some people who should be especially cautious about soy: those with thyroid problems or allergies, or those who have issues with nutrient absorption. In the main this piece focuses on hormone-related cancers, and soy’s effect – or not – on risk. This is not a definitive article by any means and should not be seen as such. But I hope that you find it interesting nonetheless. 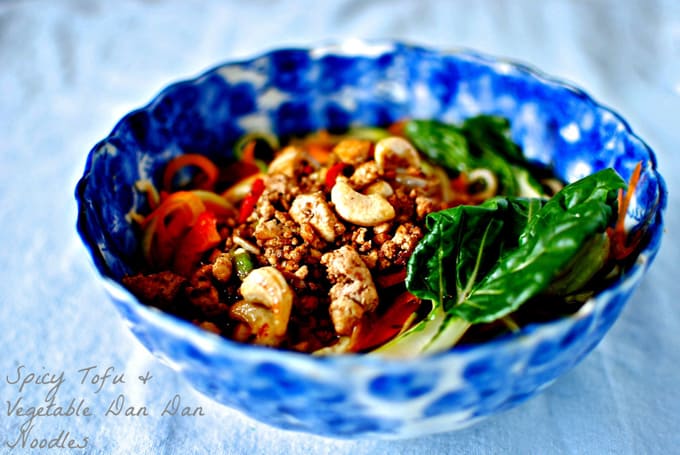 Pick up a protein bar, a store-bought cake, a can of soup, a tub of ice cream, a loaf of bread, a pack of sausages, a veggie meal. Read the label. What do they all have in common? Soy.

Found in approximately 60% of manufactured foods soy has - in the past 40 or so years - transformed from an exotic, whole food ingredient found almost exclusively in the Far East, to one that is highly-processed and present in thousands of commonly available foods. It is used in many foods as a cheap filler and to help extend a product’s shelf-life. It is also, in the US at least, highly likely to be a GMO food unless organic.

But does that make soy bad? Does that make soy inherently unhealthy? Does soy have anything positive to add to our diet and health? The answers thus far are not at all clear. But here is a bit of what we know, and why we should care. 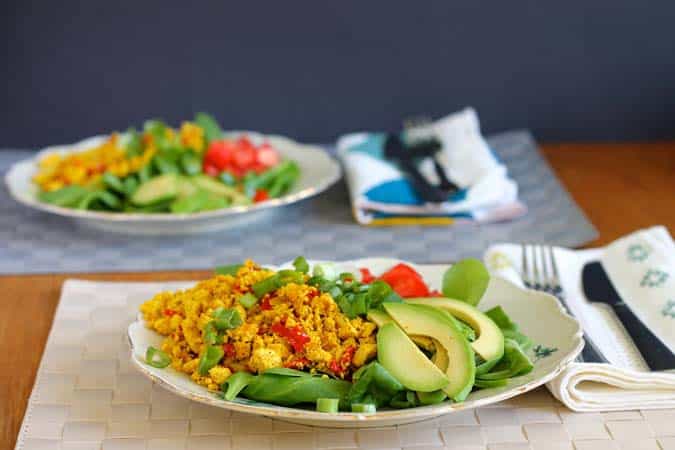 Over the years, soy has gone through more image changes than Madonna. Seen for years as a healthful food - a viable, protein-rich alternative to red meat - more recently soy foods have been said by some ‘health experts’ (I’m not meaning to be flippant, but really no one is a health expert) to lower testosterone levels in men, hamper thyroid function, reduce cognitive function, and block nutrient absorption. Most of these points can be refuted upon closer inspection, for example, soaking and fermenting soy minimises the phytic acid in it, an acid that interferes with iron and zinc absorption. Eating sensible rather than heroic amounts of soy also gets around many of the potential problems.

Here is where it all gets a bit tricky. Why? Because this innocuous looking seed/pea– Glycine max. - has been eaten for thousands of years in China and Japan, and is seen in those countries as integral to health.

Numerous large clinical studies suggest that people who regularly eat soy foods, such as people in Asia, have reduced menopausal symptoms, lower risk of heart disease and less osteoporosis. Some research has also found that eating soy foods can help prevent hormone-related cancers, such as breast, aggressive forms of prostate, and uterine cancer. And it is on the subject of cancer where the controversy really kicks in. 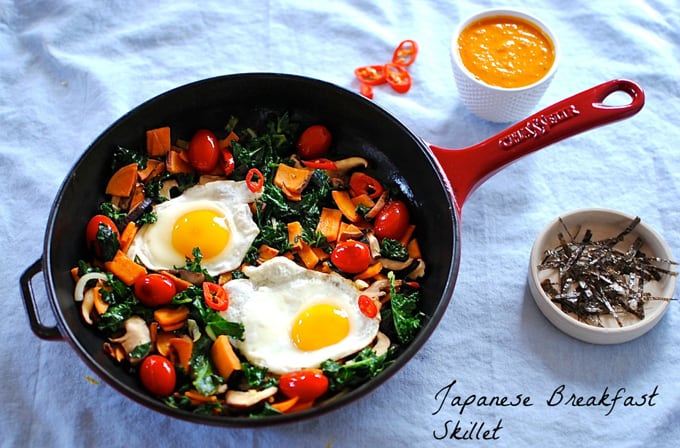 Japanese Breakfast Skillet with tomato, ginger, and miso sauce from Food to Glow

So, does soy help prevent cancer, or can it in fact cause cancer?

To get to the heart of this it is important to know what are the active compounds in soy, the stuff that cause changes in the body. You may already be aware that soy contains phytoestrogens, which are plant chemicals that chemically resemble estrogens - the sex hormones made by our bodies. Phytoestrogens are found in many plant foods, but soy has by far the highest concentration. Phytoestrogens contain particularly active compounds called isoflavones. These are often the ones you see listed in women’s health supplements. These are compounds that some women use as a natural alternative to hormone replacement therapy in order to dampen down distressing menopausal symptoms.

Eating modest amounts of soy has an equilibrating effect - increasing estrogen levels when they are low, and reducing them when they were too high. Studies (both animal and human) have shown that it has an anti-estrogenic effect on body cells that have estrogen receptors. The basic anti-cancer theory is that because phytoestrogens/isoflavones are a weak estrogen they bind to the receptor sites on relevant cells and lock out circulating – and stimulating - human estrogen. This is important because too much estrogen (particularly, estradiol) can promote the growth of (but not cause) cancer. This action is what is thought to be what is so protective about soy, and may be one reason why Asian women are less prone to breast cancer than Western women. 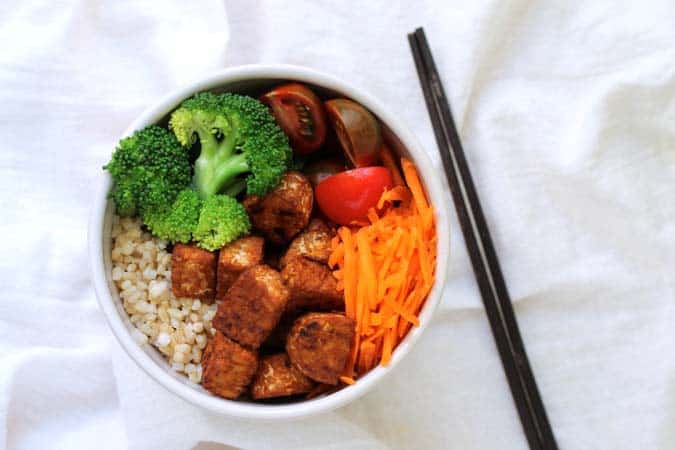 But here’s the catch. Most of the robust, large studies are of women in China and Japan. And they eat the ‘good stuff.’ Not for them the fake hotdogs, soy chunks, soy margarines, milks and yogurts. No, soy is eaten primarily as tofu, and as the fermented foods tempeh, miso and natto.

Additionally, the traditional diets of women in east Asia are also much richer in plant foods generally, sea vegetables (e.g. wakame, nori), fish, nutrient-rich broths, and they have less meat, much less dairy, typically weigh less, drink less alcohol, and exercise more. In studies of soy’s effect on health it is very difficult to filter out the effects of these other factors, so whether their lower breast cancer incidence is due to soy consumption or other dietary and lifestyle factors is unclear.

Crucially perhaps for the outcome of some of the studies, soy in these traditional forms is eaten from a very young age – pre-pubescently. Research indicates that soy eaten in the early years may give the most anti-cancer effects later in life. Protecting breast, prostate and uterine cells in the growing years is seen as one key to either preventing cancer, or – in the case of prostate cancer - reducing its most aggressive forms. Once women reach the age of menopause, introduction of soy may have less effect. Men’s response to soy seems to be less influenced by age of introduction as its action may be more to do with nipping cancer in the bud once it is present (even at pre-clinical stages) by influencing programmed cell death (apoptosis). 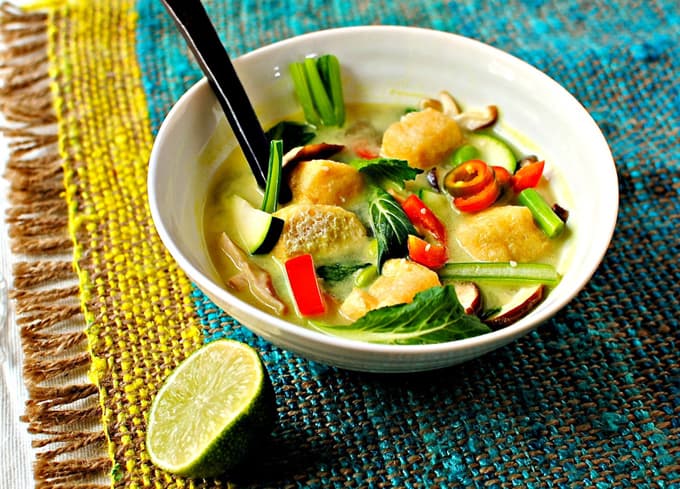 Coconut and Lemongrass Tofu Soup from Food to Glow

Other ways soy may help prevent cancer generally is through antioxidant defense, DNA repair, inhibition of cancer growth (angiogenesis), and spread of cancer to other sites in the body (metastasis). Interestingly, when women from the Far East move to western countries and adopt the local diet and lifestyle (typically meatier and with less vegetables and fruits; more sedentary) their risk of cancer tends to increase. This is one of the strongest indicators that it is overall lifestyle factors rather one single component that is protective.

There is some scientific disagreement over whether soy is safe for those who have had breast cancer. Two recent US studies that followed just over 4500 women post-breast cancer diagnosis and treatment for seven years showed that those who got the most isoflavones from soy foods had a 24 percent lower risk of recurrence than those with the least. Other studies have shown that phytoestrogens may promote cancer recurrence (possibly because even weak amounts of breast cell stimulation after the menopause – when estrogen is meant to be low - is unhelpful). Still others show no effect either way.

Because the evidence is mixed and research is ongoing, many doctors recommend that women undergoing hormonal therapy or who have estrogen-receptor-positive breast cancer avoid soy supplements because they contain high concentrations of isoflavones. (I would certainly agree.) However, small quantities (one serving a day) of soy foods as part of a varied and mixed diet are currently regarded as safe by most doctors. If you are being treated for breast cancer, do ask your doctor for advice.

Regardless of potential cancer risk and risk reduction it seems sensible that if one eats soy to choose the least processed forms – tofu, tempeh, miso and natto – and minimize the fake meat and soy milks; which are often artificially flavoured, sweetened, full of sodium and contain lowest quality soy. Organic brands are also advised.

And, coming full circle, moderation in all things. Just because a little might be good, it doesn’t necessarily follow that more is better. In food and nutrition, the opposite is often the case. Widen your diet to include a variety of colourful plant foods – including nuts, seeds, whole grains, vegetable, fruits, herbs and spices, and other beans and legumes too. For a variety of reasons a balanced, plant-based diet is widely held to be protective against cancer and many other diseases. But you already knew that, didn’t you?

And a very interesting overview and sarky piece of writing from – of all places - the gourmet’s mag of choice, Bon Appetit:
https://www.bonappetit.com/entertaining-style/trends-news/article/tofu-what-does-science-say

Find more of Kellie's work on Nutrition and Cancer on Food to Glow.