Are you someone who struggles with tummy troubles, and can't pinpoint the issue? Does eating gluten-containing foods cause painful bloating, yet you don't have an official diagnosis of celiac disease? Have you been diagnosed with irritable bowel syndrome and are looking for relief? It's possible that the answer is FODMAPS. 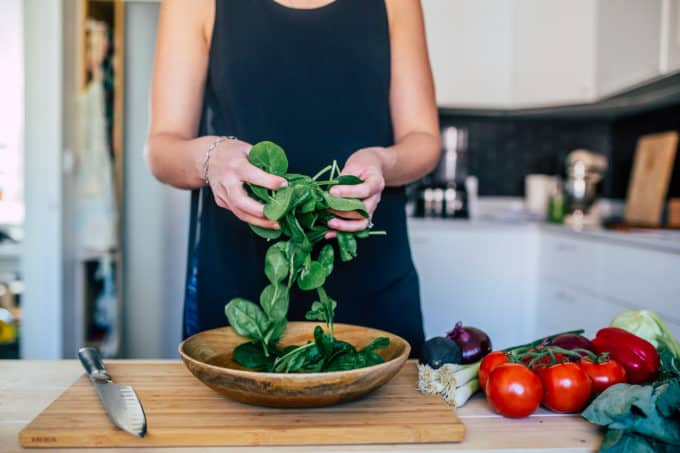 The truth is that it's incredibly difficult to pinpoint the cause of many digestive concerns.

In my case, it's frustratingly inconsistent. I can eat a meal that one day will lead to agonizing bloating, and the next day cause me no issues whatsoever.

My problems, however, are acute, rather than chronic, so I experience periods with symptoms and periods that are completely symptom free. This means that I don't technically suffer from IBS, I just have a sometimes cranky digestive system. Why?

Humans - and our digestive systems - are highly individual. How we react to a particular food can change over time, both in the long and the short term. You may find that you've got no problem eating dairy in your youth, but as you age you become increasingly intolerant.

Or, like me, a cheese sandwich will cause you no grief one day, and the next send you into the throes of digestive distress.

Perhaps you know that gluten causes you problems, and have been given the infuriatingly inconclusive diagnosis of non-celiac gluten intolerance. So, yup, you feel better when you give up wheat, but nobody knows why.

We know that the human digestive system is magnificently complex, and that what we know about it is really just the tip of the iceberg. Did you know that your digestive tract has more nerve endings than your spine? It's true!

Consider also that your lower digestive tract is home to billions of bacteria, both good and bad, and the composition of your microbiome is in perpetual motion. Illness, medications, stress, and the food you eat - which in turn your gut bacteria eat - can all impact what's going on in there.

But, here's something to consider: If you struggling with digestive troubles including chronic gas, bloating, constipation, diarrhea, and abdominal pain (all of which together are defined as irritable bowel syndrome, or IBS), it's possible that the problem is a sensitivity to high FODMAP foods. 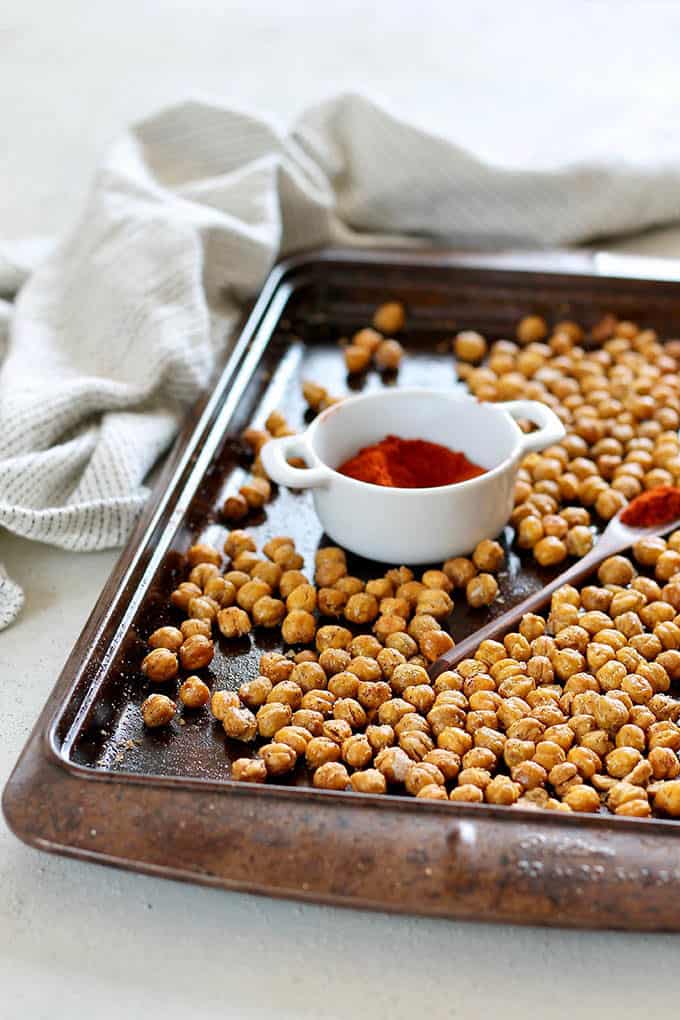 FODMAPs are a group of short-chain carbohydrates that are not properly absorbed in the gut. These carbohydrates (sugars) can trigger symptoms in people who have IBS and cause bloating and digestive distress in many others.

FODMAP is an acronym that stands for Fermentable Oligosaccharides Disaccharides Monosaccharides And Polyols. It's quite a mouthful, isn't it?!

FODMAPS were first coined by researchers at Monash University in Melbourne, Australia, in 2005. The Monash team conducted the first research to investigate whether a low FODMAP diet would help control symptoms in individuals with IBS, and also undertook a food analysis program to measure the FODMAP content of a wide selection of foods.

Let's break it down.

FERMENTABLE: Because these short-chain carbohydrates are not absorbed, they pass through the digestive tract and end up in the small intestine where they are fermented by gut bacteria, and gas is produced as a byproduct.

Oligosaccharides are found in foods such as wheat, rye, onions, garlic, beans, peas, and lentils.

DISACCHARIDES: Disaccharides are simple carbohydrates that are composed of two monosaccharides. ("di" means "two"), including sucrose, lactose, and maltose.

Disaccharides are found in foods such as milk, soft cheeses and yogurts.

MONOSACCHARIDES: Monosaccharides are the simplest class of sugars that are composed of a single sugar molecule ("mono" means "one) and cannot be broken down into a more simple sugar.

Monosaccharides such as fructose are found in foods such as honey, apples and other fruits, and high fructose corn syrups.

POLYOLS: Polyols are organic compounds with multiple hydroxyl groups. Some polyols are naturally occurring in some fruit, such as stone fruits (such as peaches), pears, and cherries. Avocados are also high in polyols.

Polyols also include a class of non-nutritive sweeteners, also referred to as sugar alcohols, such as xylitol and isomalt that are used in chewing gums and low carb or diabetic products. 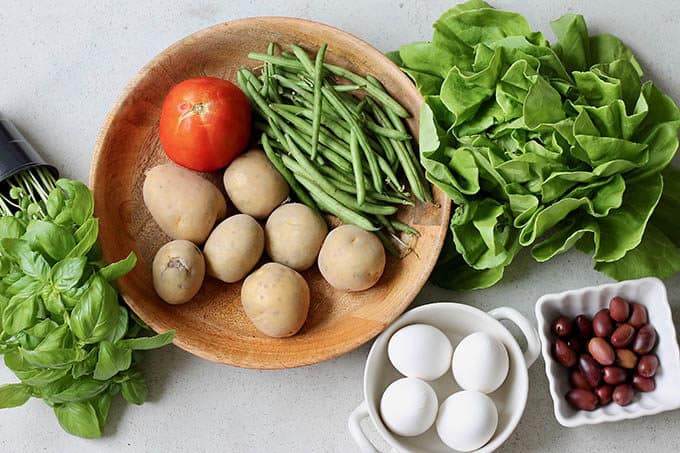 What are some high fodmap foods?

Note! There is a printable FODMAP food chart at the bottom of this post!

Foods high in FODMAPS include (but are certainly not limited to):

What are some low FODMAP foods?

Foods low in FODMAPS include (but are certainly not limited to):

It's also important to note that for those who are sensitive to high FODMAP foods, the effect is often cumulative. So you may be able to have a scoop of hummus one day and experience no symptoms at all, but have the same scoop of hummus the next day and you'd be in agony.

With many foods there’s a certain amount that your body will tolerate as you go through your day, but once you reach a certain threshold the symptoms begin. Certain foods trigger symptoms faster than others. For example, onions and garlic are notorious for triggering an immediate reaction for those who have IBS. 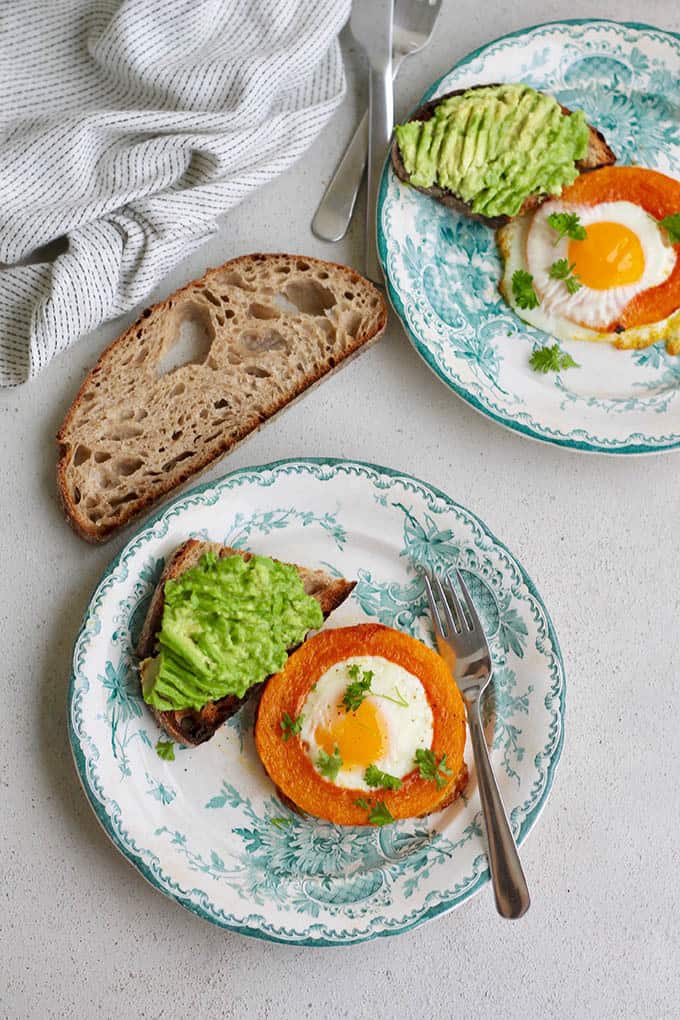 Are FODMAPS bad for you?

If you're wondering if FODMAPS are healthy... yes! Just look at the above foods given as examples of high FODMAP foods. Avocados? Healthy! Apples? Healthy! Lentils? Healthy AF!!!

So the problem isn't in any way that these foods are unhealthy, it's that we don't fully break down the short-chain carbohydrates they contain. This means that those sugars make it all the way though your digestive system still intact, and when they reach the intestine the FODMAP molecules have an osmotic effect, where they draw fluid into the bowel.

The FODMAPS are also rapidly fermented by your gut bacteria, which causes gas. So now you've got an increase in fluid and the presence of gas, which delivers a quick one-two punch and cause the bowel to become distended.

This is what causes the sensation (and physical symptoms) of bloating, abdominal cramps, and discomfort. It can also affect how the muscles in your bowel contract. In some people it leads to constipation, and others experience diarrhea.

Here's the kicker - all of this is a completely normal effect of eating FODMAP containing foods. And the exact same process occurs in those who experience the symptoms of IBS and those who don't.

So it's not like some people are better adapted at breaking down short-chain carbohydrates than others. None of us break them down! It's just that they cause trouble for unlucky individuals. Why?

It could have to do with the amount and type of bacteria present in your gut (heard of people doing poop transplants? This is one of the reasons why.) It could be that your gut is hypersensitive to changes in the gut environment, stress, or illness.

It could be that the muscles of your bowel have a fast reaction to the distension. It could be genetics. It could be just plain old bad luck.

What is a FODMAP elimination diet?

A FODMAP elimination diet is exactly what it sounds like. You start with eliminating ALL high FODMAP foods for a period of time, which can be restorative to the gut.

Then, one by one, you re-introduce high FODMAP foods to see if you're able to pinpoint what exactly is causing you distress.

Does a FODMAP elimination diet work?

A FODMAP elimination diet is referred to as a “learning diet.” What this means is it isn’t intended to be a life-long elimination diet the way a gluten-free diet would be for celiacs. Rather, high FODMAP foods are eliminated for 4-6 weeks to allow the digestive tract to settle, and then a carefully controlled re-introduction program is followed while monitoring symptoms.

The goal of the diet is to try and figure out what foods are causing digestive problems. Many people react to some high FODMAP foods, but not others.

A good friend of mine suffered from terrible digestive issues for years, and the list of foods she was intolerant to just grew and grew. Through a FODMAP elimination diet she discovered that her main triggers were onions, garlic, and lactose.

Some individuals find that doing a FODMAP elimination diet is actually restorative. This means that after taking a break from high FODMAP foods and gradually introducing them, they're actually able to go back to eating ALL of these foods without problem.

A FODMAP elimination diet sounds simple enough, but it really should be done with the guidance of a qualified health professional. Look for a dietitian or nutritionist who has completed Monash University's FODMAP training program, for example, or who specializes in IBS treatment.

Also note that although I'm using the word "diet" the FODMAP elimination diet is not intended to be a weight loss or weight maintenance program. It's a therapeutic diet for individuals suffering from IBS or other forms of gastric distress.

How are you supposed to keep track of what foods are high and low in FODMAPS? As luck would have it, I made you guys a handy chart! You can print this out and stick it on your fridge. 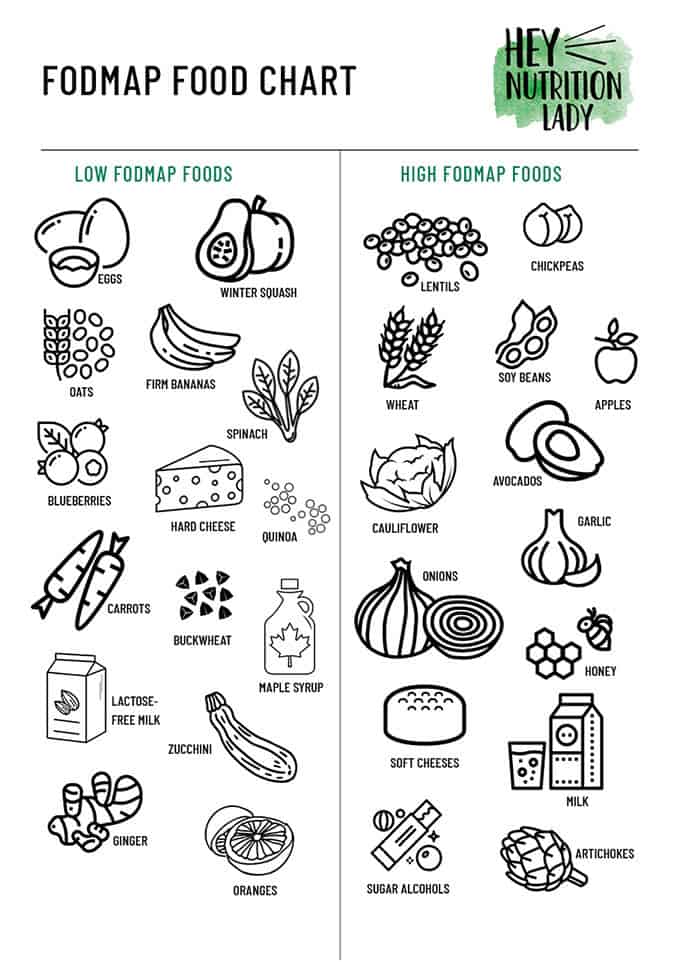 If you'd like to print out this FODMAP food chart, you'll find a printable version HERE.

If you're looking for an on-the-go option, Monash University developed an FODMAP food app that will let you quickly look up foods, and also includes recipes and a FODMAP diet guide. It's a paid app, and while there are free versions out there, I haven't personally used any of them so this is the one I'm recommending for now.