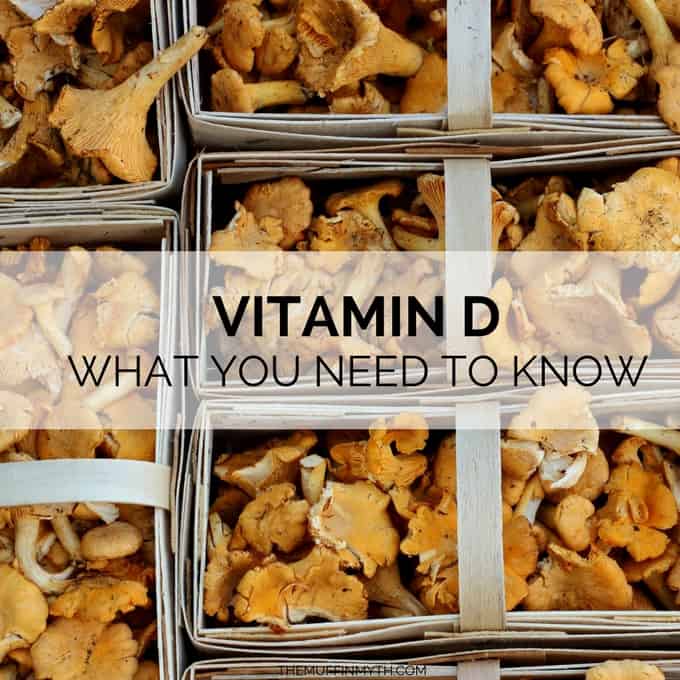 D is for Dark

I live way the heck up north, so by this time of year the sun is already setting by around 3pm, and soon enough it'll be 2pm! Even though we've lived here for nearly eight years, I never quite get used to the darkness.

What does darkness have to do with nutrition? Vitamin D of course!

Vitamin D, it turns out, isn’t a vitamin at all – it was misclassified when it was first discovered in the 1920’s, and the name stuck. What it is, in fact, is a pro-hormone. Pro-hormones are intra-glandular precursors of hormones which, though not actually hormones themselves, amplify the effects of existing hormones.

Almost all cells and tissues in the body are able to convert vitamin D into its active hormone form – there are 2800 known binding sites on our DNA!

In nutrition terms, vitamin D is used to refer to either D2 (ergocalciferol) or D3 (cholecaliferol). D3 is what’s produced by our skin upon exposure to sunlight, where vitamin D is synthesized from cholesterol when sun exposure is adequate (with enough UVB). D3 is also found in some foods, such as fatty fish and egg yolks, in fortified foods such as milk and orange juice, and in supplements. D3 supplements are manufactured through the UV irradiation of a substance derived from sheep’s wool.

D2 is the vegan version, which is made mainly from mushrooms or yeast irradiated under UV light and is used to fortify non-dairy beverages such as soy and almond milk, and is also found in some supplements. That D2 is less potent than D3 is widely acknowledged.

Is it sunny enough?

When I was doing my undergrad degree in nutrition I attended a lecture on vitamin D and pregnancy and learned that where we lived (Vancouver at that time) you could stand outside buck-naked all winter long and never produce enough vitamin D. True story. If you live above 42° North latitude (think Portland, Oregon or just north of Rome, Italy) your skin can’t make any from about October – April due to lack of UVB. And really, most of us aren’t outside in shorts and a t-shirt until around June. That’s a good chunk of the year we’re not producing any vitamin D.

So why is vitamin D it so dang important?

We know the most about vitamin D as it relates to bone health, as it helps the body to absorb calcium. A vitamin D deficiency leads to nutritional rickets, a condition that causes deformed and weak bones in infants and children. In adults not getting enough Vitamin D can increase the risk of developing osteoporosis.

Aside from bone health, vitamin D has been linked with diabetes, cardiovascular disease, depression, breast, colon, and prostate cancer, autoimmune diseases, influenza, and the common cold.

But what about the naysayers?

Despite the all of these claims regarding the benefits of vitamin D there is still a lot of disagreement amongst the scientific community regarding it’s efficacy as a supplement. The only proven benefit is in helping calcium to build strong bones, but we do know that vitamin D helps regulate the immune system and neuromuscular system. Exactly in what way is a matter of debate.

Some studies have found vegans to have lower vitamin D intakes than lacto-ovo vegetarians or omnivores, yet any person who does not include good sources in their diet or take supplements can be at risk for not getting enough, especially in northern climates where sunlight exposure is limited.

If you’re found to be deficient in vitamin D and choose to take the vegan supplement D2, you may be advised to take a higher dose than if you were to take D3, which is not vegan but is generally believed to be more potent.

How much do I need?

For adults the recommended daily intake of Vitamin D from all sources including sunlight, fortified, foods, and supplementation is 600 IU / 15 mcg. More recent research suggests that higher intakes may be beneficial, and some experts are recommending 800 IU or more per day for the average adult, with higher intakes recommended to treat deficiency. For children and infants the recommendation is 400 IU / 10 mcg.

If you're concerned about vitamin D deficiency, speak to your doctor about getting tested.

Can I take too much?

Yes, but it’s pretty unlikely that you will. Vitamin D is one of the fat soluble vitamins (along with vitamins A, E, and K) which means that we store rather than excrete the excess.

Excess vitamin D can cause the body to absorb too much calcium, which in turn can lead to kidney damage. Exactly how much is too much is a matter of debate. Some researchers report using up to 10,000 IU per day without observing problems, however the tolerable upper limit has been set at 4000 IU per day for those over 9 years of age. A conservative recommendation is to stay below 2000 IU per day.

Truthfully, I don’t know. I never took supplements when I lived in Vancouver, but now that I live in Stockholm, which is 59° North (even more north than Juneau, Alaska!) I’m serious about it. I take a lighter supplement in the lighter months (10mcg / 400 IU) and a stronger supplement in the deep dark winter months (30mcg / 1200 IU). My little guy also gets D drops year round.

I do believe I’ve noticed an improvement in my winter immunity since I’ve been supplementing, but that is merely an anecdotal observation.

The vast majority of research continues to show that vitamin D does reduce the risk of many chronic diseases. More research is needed, but in my opinion future research will shed light on the exactly how and why vitamin D is beneficial.

« Mindless, Mindful, or Somewhere In Between?
What's Good Around The Web! »