This past week has been so heavy in the world that it feels hard to know how to start this post. Normally I complain about stuff, or tell funny stories about my kids - don't worry, that stuff is coming - but it feels tone deaf and insensitive to just jump into that stuff without acknowledging what is happening right now.

We may think we're woke, but we have to wake up. My gosh, it is 2020 and a black man can't go for a jog or write a cheque or ask a lady to leash her dog without risking his life? What is this world we're living in?

I know this has been a particularly painful week/month/year in the US, but it's not like racism stops a the borders. We all have to do better. I live in a country where population by immigration is still fairly new, unlike North America, and where a lot of refugees have been taken in over the past few years. At times, the racism is astounding.

It's time to talk to your friends and kids and parents and partners and colleagues and everyone and anyone about how to be actively anti-racist. It's time to listen, deeply listen to people of colour and try to understand how to be better allies. I know this is a topic I'll be making more of an effort to take up with my own kids, who are blond-haired blue-eyed privileged children. These are conversations that need to be had.

I always say when in doubt, donate, and this month I'm going to be donating a portion of the proceeds from this month's ad revenue to Together Rising, as I know they do the work of deeply understanding who is on the ground doing the work and where the money will have the most impact.

Anyways, onto the fluff. 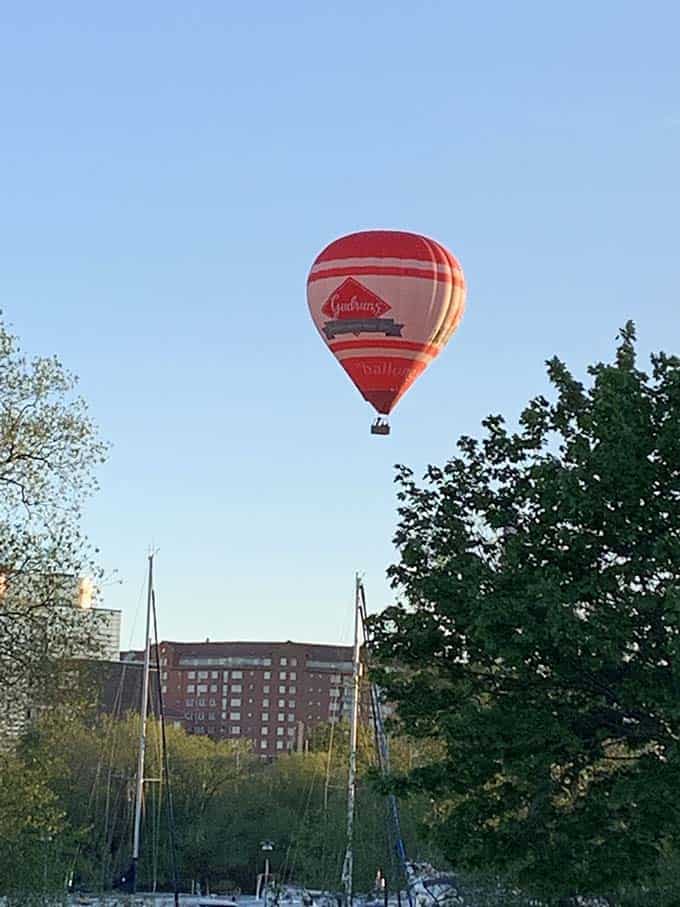 So, recently, in my frantic purchasing of en entirely new spring wardrobe that I'll surely put to use someday, somehow, I got a few new pairs of jeans. One pair fit perfectly when I first put them on, but after wearing them around a bit they very quickly stretched out and became too big, too baggy, and were sliding down constantly.

I sent them back, and ordered two more pairs in a size down, one blue, and one grey. When they arrived I tried on the blue ones and holy crap, I didn't even think I'd be able to button them up! But thanks the magic of stretch denim, within 5 minutes of walking around home they were a perfect fit.

Great! I cut the tags off both pairs, and felt very satisfied with my purchase.

I put on the grey ones last week and experienced the same "oh my god I'm never going to be able to get these done up" sensation as the blue ones, but expected it to pass within a few minutes. It did not pass. It has not passed, and I've been wearing them around everywhere I go that I know won't require any sitting in an effort to stretch them out.

You guys, the grey pair is not stretchy. Like not even a little bit. Why would they do that?!

They're so not stretchy that not only is the waistband super uncomfortable, but they surround my thighs with such unforgiving grip that I walk as stiffly as if I were walking on stilts. I've worn them to the playground where I know I'll be moving a lot and kneeling down frequently. I've done aggressive lunges around the apartment, but they will not yield.

I did not know denim could be so cruel.

I definitely can never wash them, and they're for sure going to be my "standing events only" pants for now, so they're really a great purchase. If anyone has any secrets tips for how to soften up a pair of jeans, let me know! 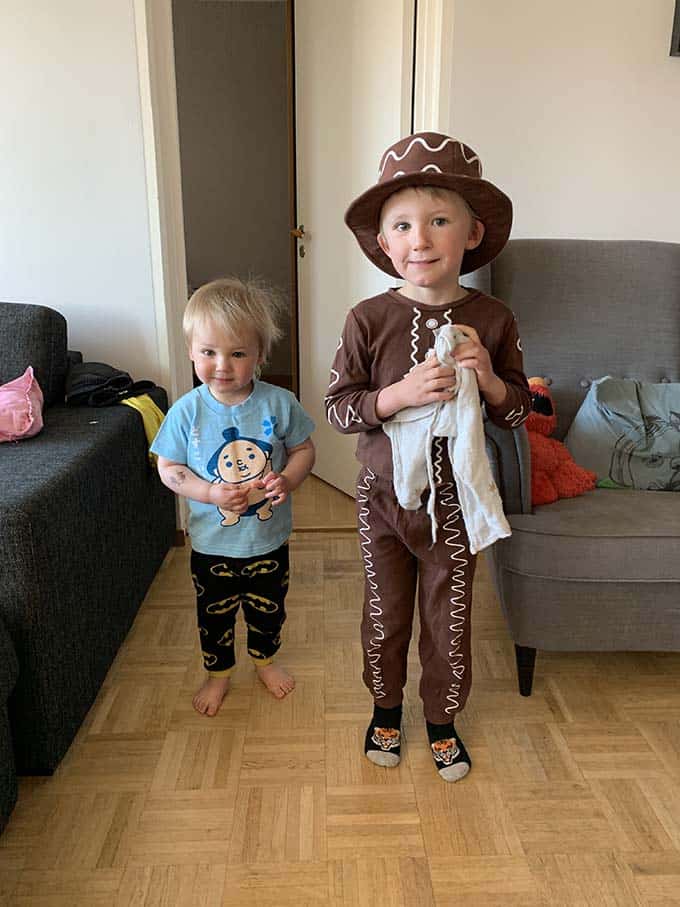 Speaking of jeans and clothes, I wore a Canadian tuxedo this week, and everything was fine. It actually felt cute. Back when I questioned the Canadian tuxedo in this post, reader Roos suggested breaking things up with a longer shirt under the jacket, which is what I did. It worked!

I also found a black bomber jacket at the back of my closet that I bought I don't know when, but it's going well with this season's wardrobe.

It may seem silly to care about clothes right now, and I certainly am not dressing up at home, but it's been nice to get casually dressed up for being out in our hood, going to the playground, and whatever else we've got going on.

I actually did have *TWO* social events out this week, and my throat is so sore from all the talking.

I had a retrospective booked for one of the big projects I've been working on for the past six months, and as we were a small but tight team we decided to do it IRL and celebrate with dinner out afterwards. We chose a big restaurant with really spread out seating, and it all felt comfortable enough.

As we were waiting for our main course, I spotted a man with dishevelled hair and a now-iconic maroon sweater walking into the restaurant, and realized it was Anders Tegnell, the state epidemiologist who is at the helm of Sweden's Covid response. It would have been like Dr. Bonnie Henry (for BC folks) or Anthony Fauci (for US folks) walking into a restaurant.

And what are these times we're living in? Ooooh, I saw an epidemiologist when I was out for dinner!

Anyways, I'm a pretty big Tegnell fan, and have appreciated his level-headedness, honesty, and transparency throughout this time, so I was totally fan-girling over spotting him and I *deeply* regret that I didn't tell him that he's doing a great job. I wish I had gotten a picture with him (standing 6 feet apart, naturally) but it seemed pretty inappropriate to ask.

We had so many questions though. What was he doing there? Is he personally doing spot checks to ensure restaurant compliance? He walked in, disappeared into a staff-only area, and then walked back out a couple of minutes later.

When I got home I told my friend Sarah of this star sighting, and she said, "Oh you mean the architect of Sweden's response who now says he's not sure it's working?" And I was like, wait, what? Fake news!

So she sent me the article she'd read, in which some reporter had cherry-picked half of a quote, translated to English and paraphrased. What he actually said was (translated and paraphrased), "No I'm not sure that it's working. Nobody can be sure at this point. We won't be sure until we can look back in two or three or five years and know what did and didn't work." 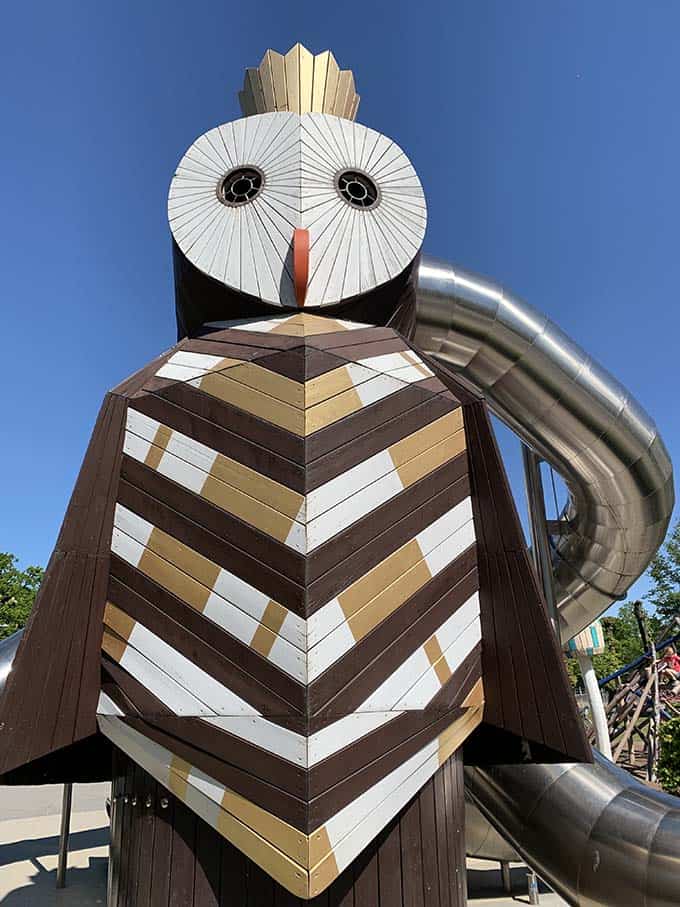 Speaking of fake news and whatnot, email subscribers may have noticed me in your inbox twice this past week, instead of the usual once.

I've been sweating to migrate over to a new email provider these past few weeks, and now that the kinks are mostly ironed out I'm working with a new system. Subscribers will receive a "broadcast email" with the week in review on Sundays, as well as another email on Wednesdays bringing your attention to a gem from the HNL archives that's seasonal, timely, or helpful in some other way.

The good news is that you can update your preferences to only subscribe to one or the other, or both. I promise you it won't ever be spammy, only the quality content that you know and love.

If you're not a subscriber and you wish to be, let me know. I'm still fighting with the part of the system that lets you easily sign up on the site, but hope to have that resolved in the next day or two.

Thanks for subscribing, I love you! 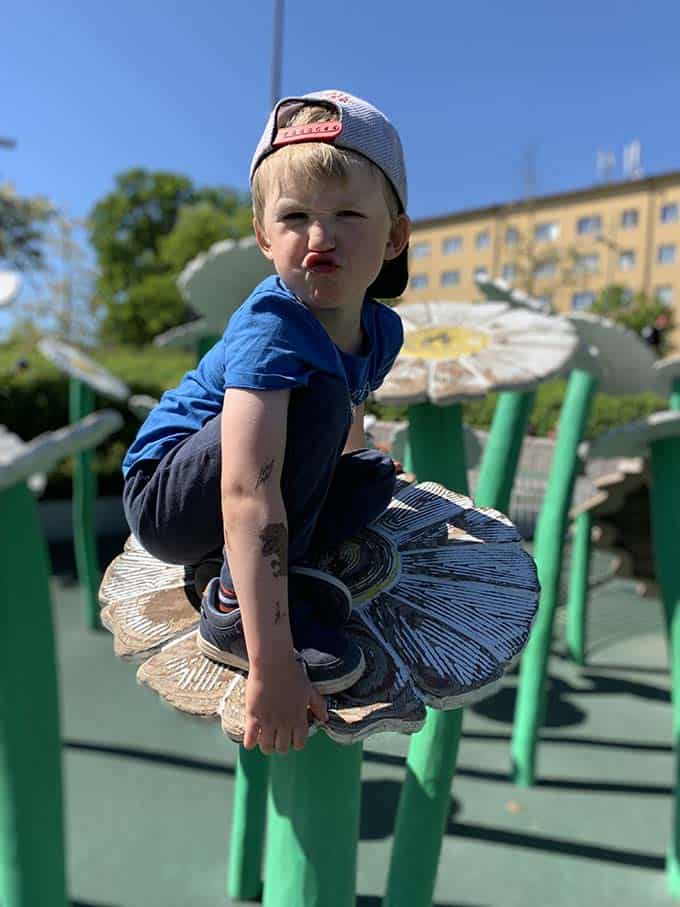 We kicked things off this week with one of my favourite quick and easy meals, Air Fryer Grilled Cheese with Broccoli. If you don't have an Air Fryer, don't worry - this Broccoli Grilled Cheese is just as delicious made on the stove top. 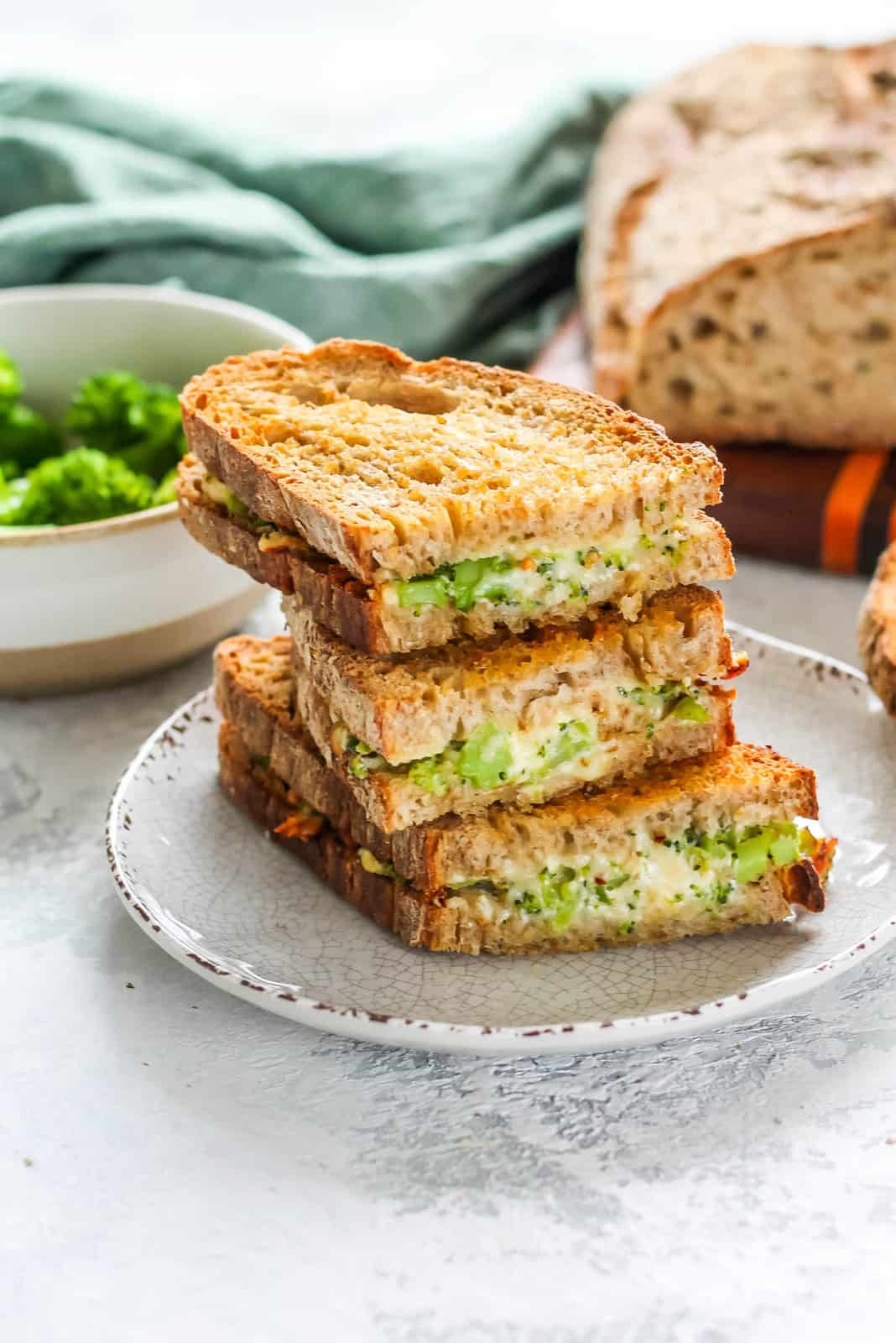 The other recipe this week is an HNL spin on the classic Broccoli Crunch Salad. It's salty, sweet, tangy, crunchy, and incredibly delicious. Perfect for picnics or potlucks. 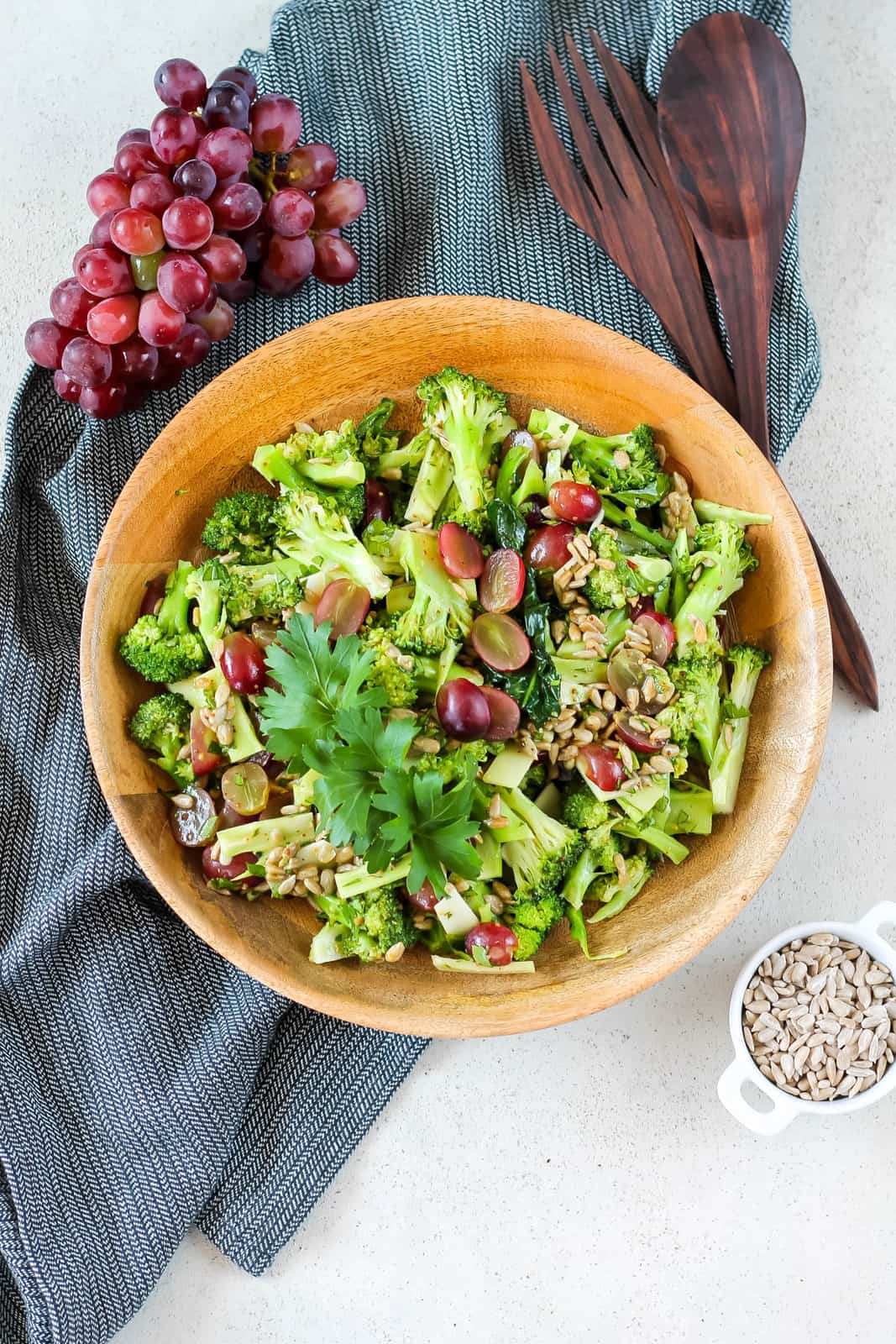 3. Peanut Butter Oat Bars. Every week that I type this I wish I'm eating some.

4. Carrot Apple Smoothie with Ginger. So fresh and zingy.

First time making a bean burger and I thought it turned out delicious! There was just the right amount of spice from the adobe peppers. I had it with a pickled side dish. Thank you for opening my eyes to try something new.

Mmmmm, love these veggie burgers too. Thanks, Jenny! 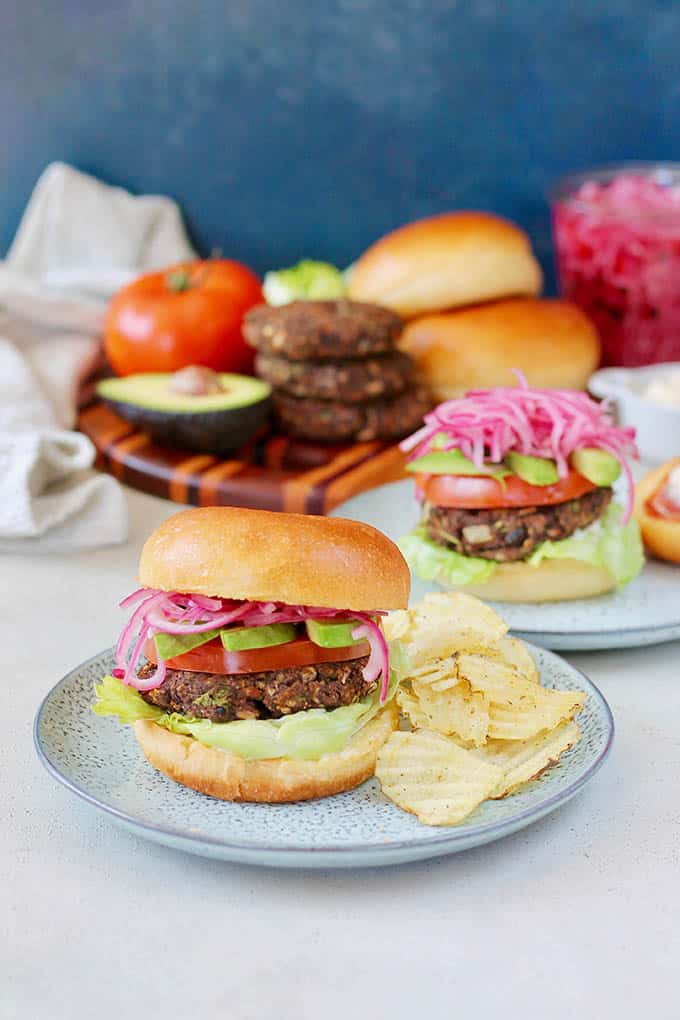 1. Optional is the new buzzword as we cook through the pandemic.

2. How to prioritize your pantry cooking and make food last longer.

3. The sneaky probiotic food hiding in your fridge.