Ughhh I’ve been sick all week.

I don’t think it’s related to taking the bus out to my driving course last week because all three males in my home have had a gnarly cold, and I guess it finally caught up with me. It’s honestly a super mild cold, but you know how things are these days, you can’t take any risks, so I’ve had to cancel all kinds of things.

Appointments for both me and the kids, meet-ups for walks, a celebratory socially distant champagne date with some colleagues, and more. Blah.

We’ve also had Odin home from school all week since the boogie tap has been flowing pretty hard, and they  have zero tolerance for even a whiff of sickness these days, which is understandable. After a few days of trying to keep him entertained on our janky old iPad while taking Zoom meetings, I discovered that it was easier to just let him open every box and take out every thing. 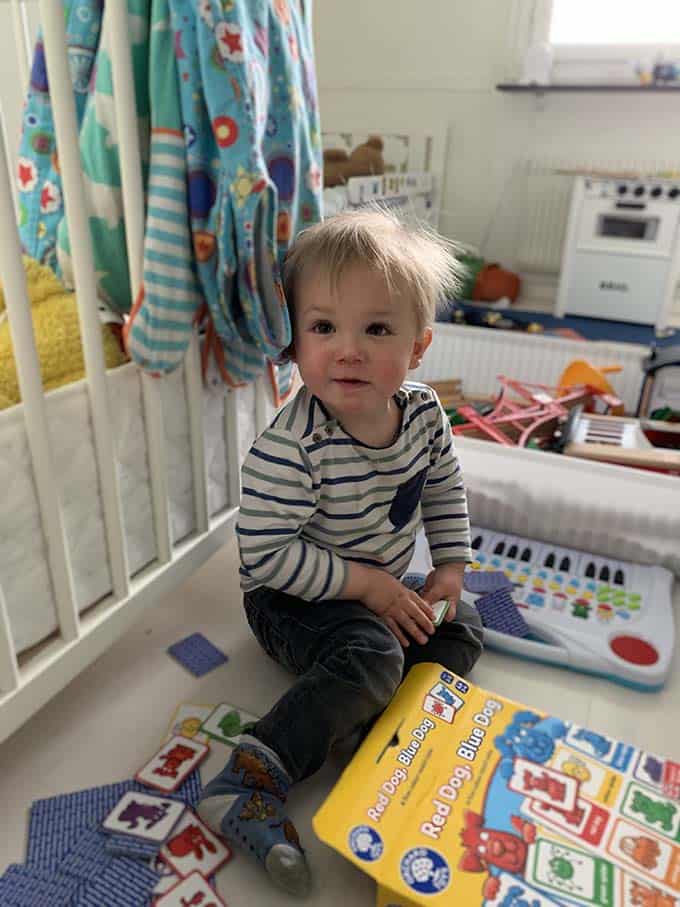 Every thing from every box

We also scored a sheet of bubble wrap when we got a package delivered, and that thing has been gold. Gold!

So technology 0, random junk 1 is the current score.

Although Odie *has* had a runny nose, I honestly think that his teachers sent him home the last time to get back at us after Paul ripped into them about excessive pacifier use. Odin is a legit junkie when it comes to those things, and would have at least one at all times, if not more.

When things started getting crazy with corona, we decided to restrict him to pacifier use only when he’s in bed, so at night and at nap time. Those things are germ magnets at the best of times, so we thought no better time than then to cut back.

We were clear about this with his teachers, and at first they seemed to respect it, but lately he’s had a pacifier in his mouth every single time we pick him up. We say something every time, and there’s always an excuse. Oh he fell or oh he was grumpy or whatever. Which I’m sure he was, but them being lax about it at school is making him a lot more of a turd about it at home.

Plus, who knows how many other kids are grabbing at those pacies, or where they really end up. Gross.

So on Friday morning, when we finally sent him back to school after a week at home, Paul gave them a good talking to about the pacifier use and wouldn’t you know it, not even an hour later they called and said we had to pick him up. Not a booger in sight when we brought him home, but according to them he’d had a cough and a runny nose all morning. 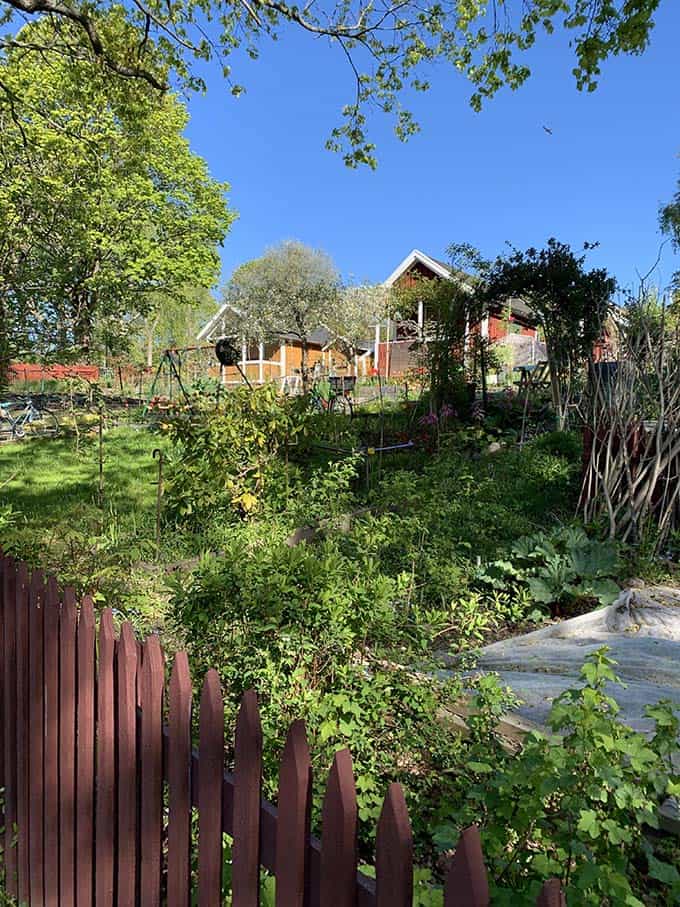 For the first 6-ish weeks of this craziness I spent basically no money other than on groceries. My bank account loved me! But in the last two week my inner consumer needed attention and I bought en entirely new spring wardrobe.

Basically the universe said, “Everyone is working from home. Things are closed. People aren’t socializing. Just enjoy your yoga pants and chill at home.” And I was like, “Ahhhhh my wardrobe is in dire straights!!! I need to fix this!”

Hopefully these styles are still relevant in 2022 or whenever we finally get a handle on this thing.

I think I’ve managed to sort things out in the pants, tops, and shoe departments, but still need to find a good spring / summer jacket, so hit me with your recommendations. My jackets are all either for training, like my neon cycling jacket, or are heavier winter jackets, and at this time of year I find it really hard to figure out what to put on when I’m going out.

Not that I’m going out, but still. 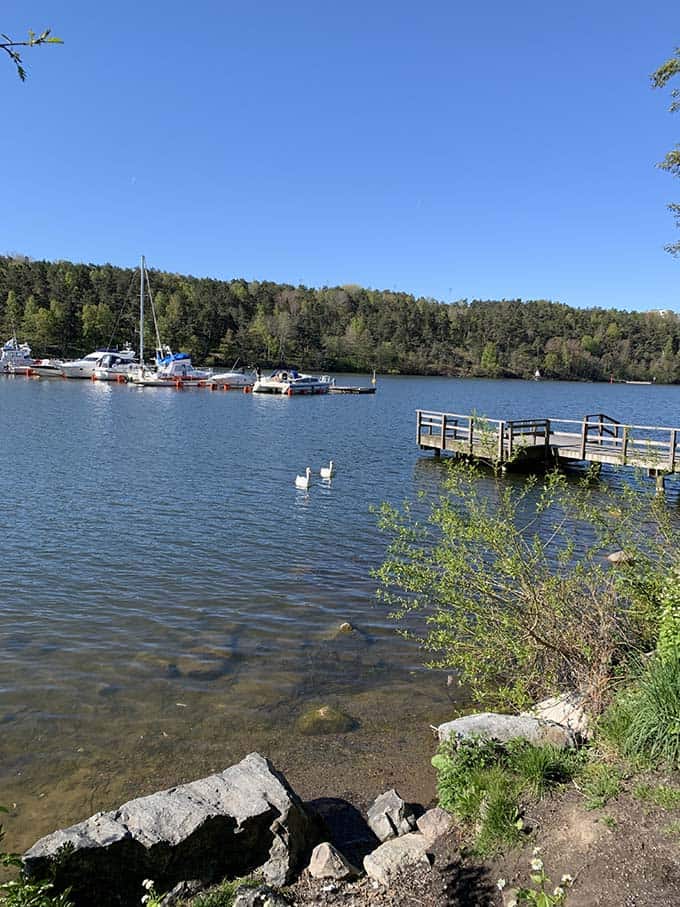 Those swans are assholes, fyi

I decided to give my hip another week to rest, which I think was the right thing to do. Believe it or not I’ve remembered to do my hip-strengthening exercises *almost* every day, and I’ve been going on daily power walks.

I’ve actually landed on a routine that has been working really well for me. Every morning, whether it’s my day to take the kids to school or not, I head out for a walk along the water. The days I had Odin at home, I just took him with me. If I have an early morning meeting, I just take it from my phone (the Zoom app is awesome).

If I feel like my brain isn’t working well anymore, or if it looks like I’m not going to meet my move goal according to my busy body Apple Watch (I have this model and I love it) then I’ll take another watch or find a flight of stairs outside and hammer up and down it 10-ish times to get my heart rate up.

I started doing this on my own, but simultaneously my company decided to do a May activity challenge. I get the reasoning behind it. First of all, we’re all working from home, and many of us are not moving our bodies as much as we used to be when commuting to the office. Also, we’re not getting together, so this gives us something to connect over.

Still, it feels kind of yucky to me. We weren’t asked whether or not we wanted to participate, rather, everyone was added to a team. There’s a google doc, which the entire company has access to, where you’re supposed to track your daily activity. So everyone can see who has been hitting it hard (good!) and who has been sitting on their butts (bad!).

It feels very ableist in nature, and essentially a name-and-shame tactic for getting people to exercise more. Me no like. Having said that I’m putting in the data from my watch for my daily points, and I do hope that my team wins the free lunch or whatever it is we’re competing for. 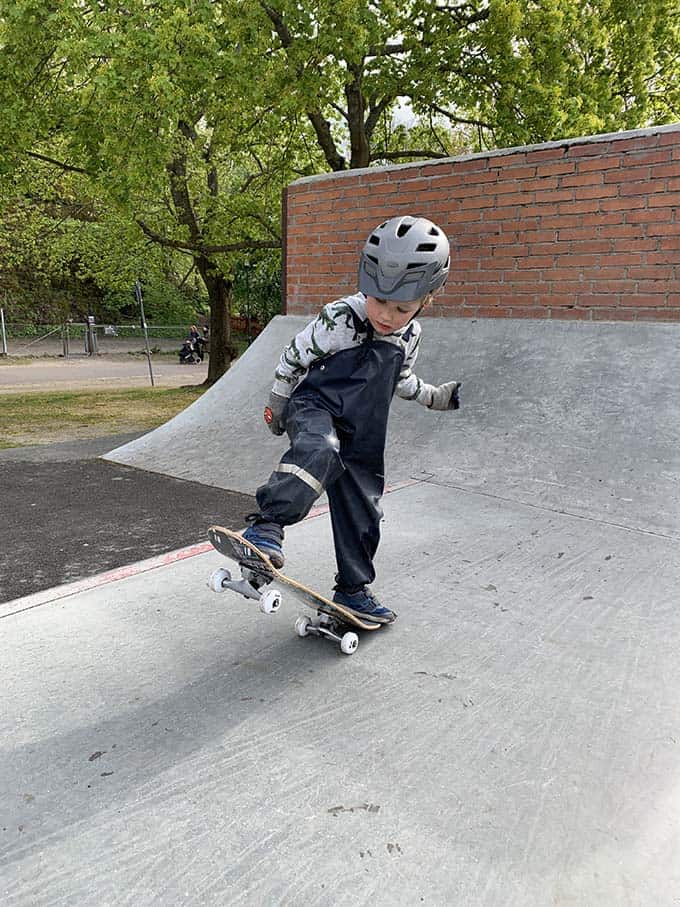 Big boy got his first skateboard this week

Lastly, a quick shout out to all of you who reached out about helping me test a bread recipe. I haven’t yet gotten my act together to send out the recipe, so if you emailed me and haven’t heard back, it’s me, not you. It’s been on my to-do list every damn day for the past week, and I’m just not there yet. Hopefully soon.

But! The response was so enthusiastic for helping out as recipe testers, that it made me wonder if we should form an elite squad of HNL recipe testers and put more than just bread recipes through some sort of international quality control.

What do you think? If lots of people are interested I’ll probably circulate a google doc so I can see what kind of kitchen equipment you’ve got (Instant Pot, Air Fryer, etc) and then form a private FB group where recipes can be posted.

It was a quiet week on HNL due to a busy week in life. Such is, well, life. I did manage to post one recipe, for this ethereally smooth Mung Bean Hummus. Think hummus is just for chickpeas? Think again! 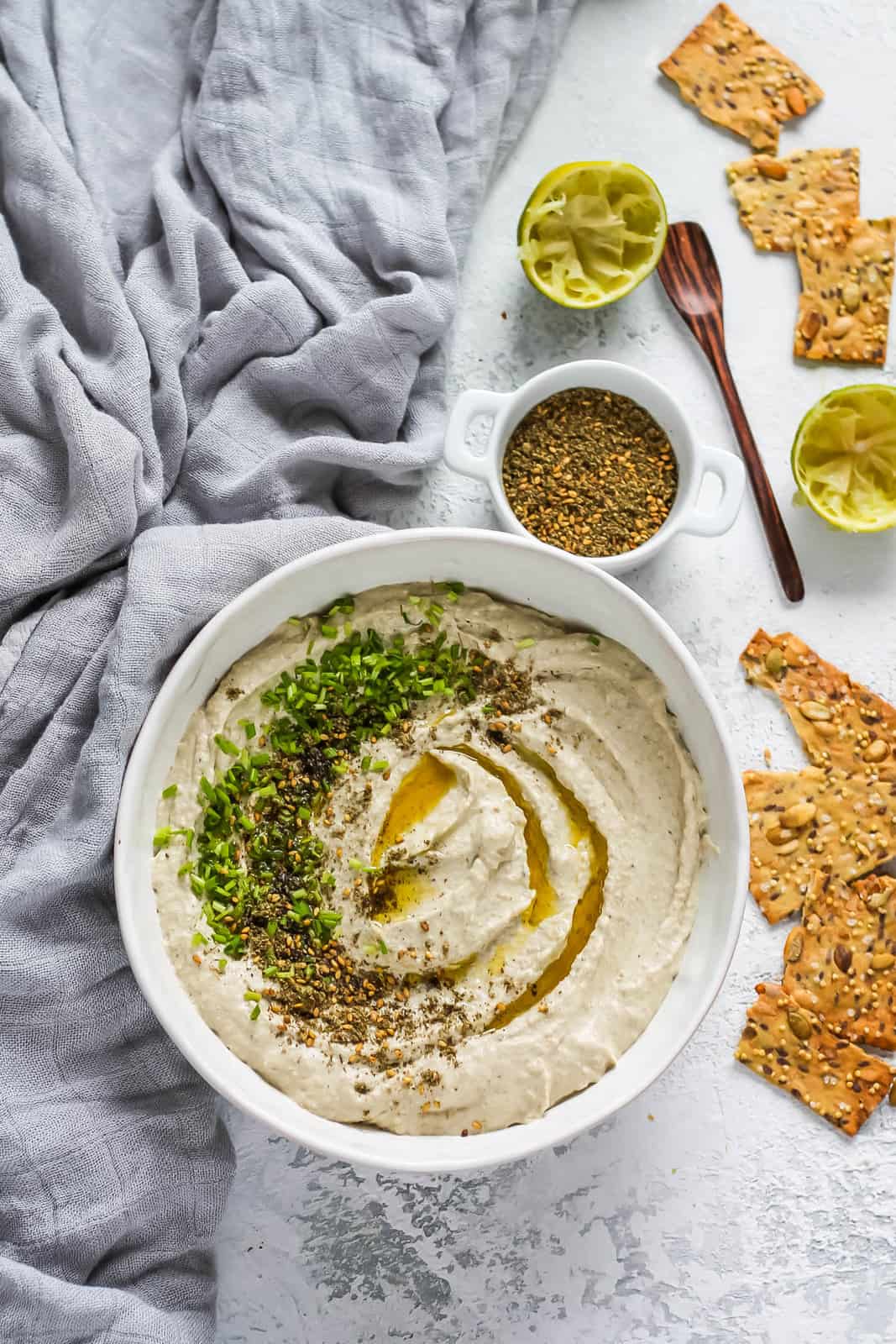 3. Peanut Butter Oat Bars. Gotta love a batch of these in the freezer.

5. No Sugar Banana Bran Muffins. A HNL classic in the top 5 this week!

I’ve never had good results with yeasted breads, until now! This recipe was so easy to follow, and it turned out great. Looking forward to making this again! And other breads too! Thanks Katie!

She’s right people, yeast doughs are easier than you think! 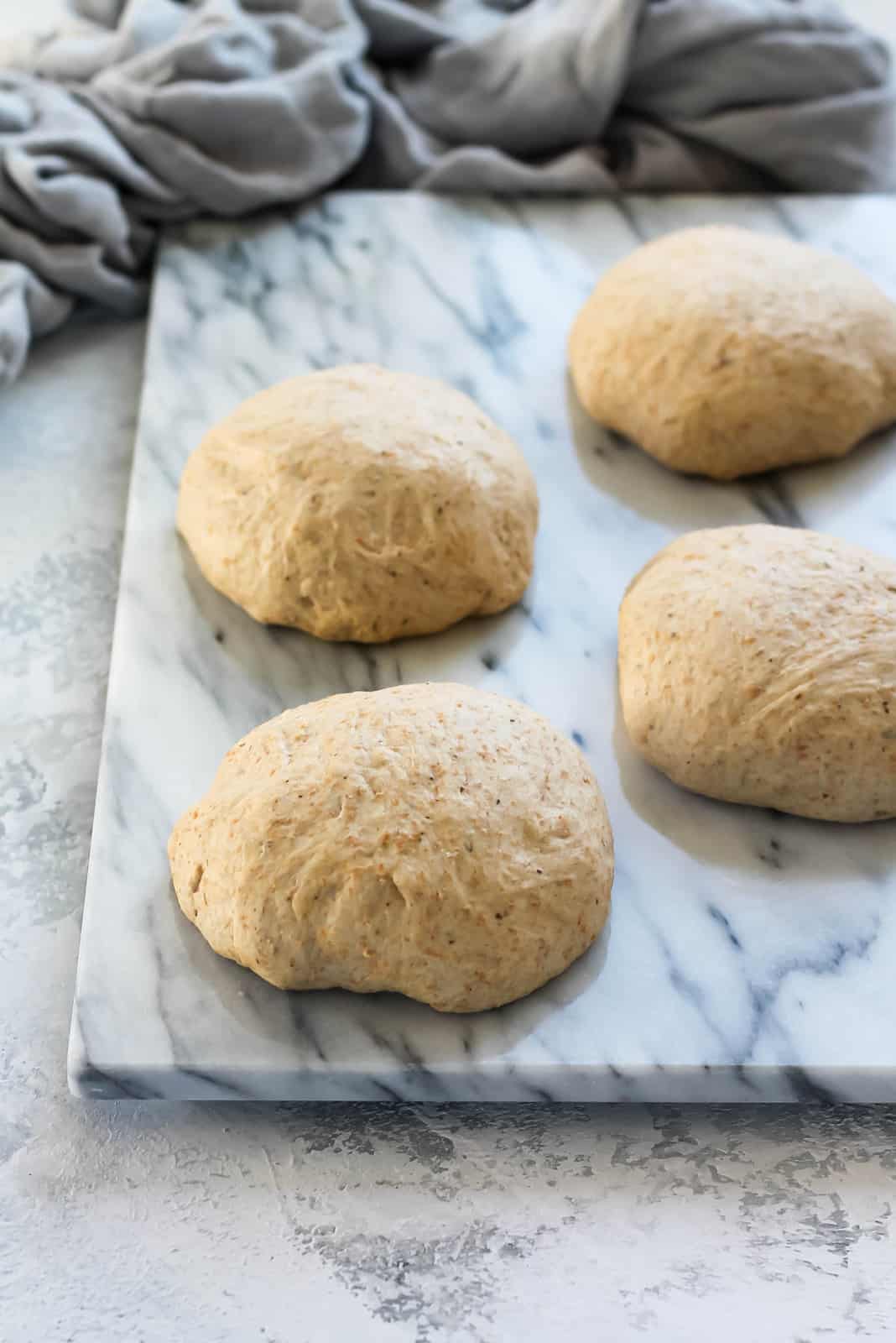 2. The secret lives on fungi.

4. Have you made a focaccia garden yet?

5. Have you heard of banana flour?!