As an Amazon associate I earn from qualifying purchases

I lost my job this week.

It was the thing – or at least in the top three things – I’ve been most worried about happening, and now it’s happened and I suppose in some ways it’s a relief because I can stop worrying about it. But also, it really really sucks.

The company I work for was being proactive about trying to save the firm in a rapidly tanking economy, so they decided, among other tough decisions, to terminate anyone on probationary employment. I had nine days left on my probation period. NINE DAYS. 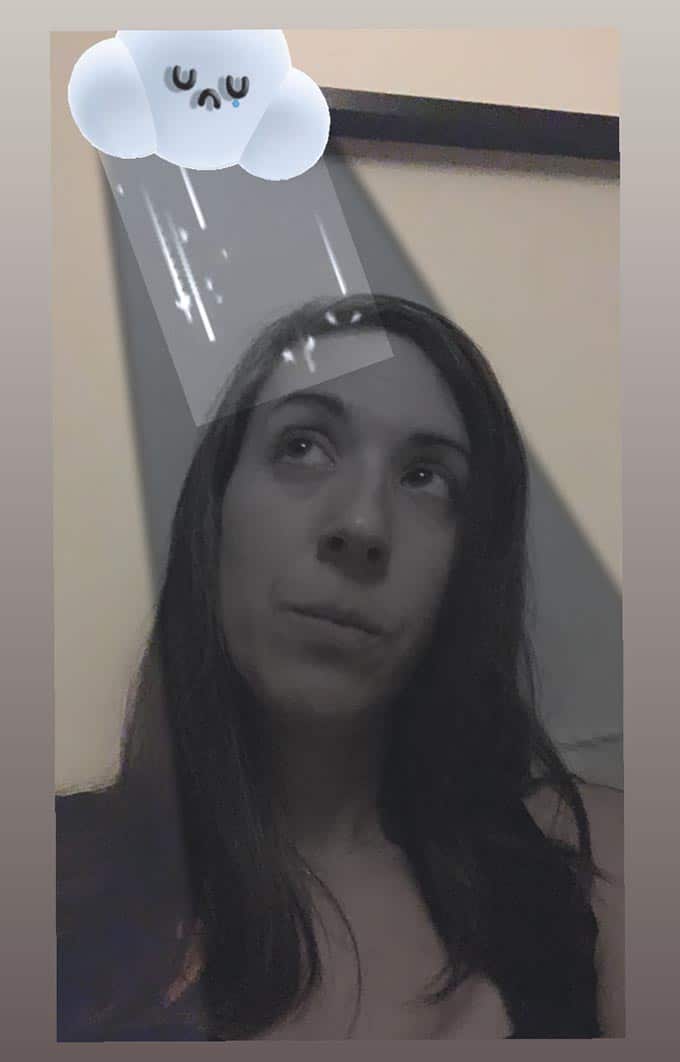 I know it’s not personal, I really do, and several of the partners have made the time to reach out and let me know that nobody wanted to do this, I’m so valued and seen as essential for the company, blah blah blah, which is of course nice to hear, but doesn’t make the situation suck any less. All week I’ve been reading about companies laying off hundreds, if not thousands of people, and thinking how terrible it must be. And now I know. Yep, yep it is.

The thing is, for me anyways, this was more than just a job. I mean, it *is* just a job and there will surely be other jobs in my future, maybe even this one again. But for me it was a symbol of hope. It was a new beginning, and bookmarked the transition out of a really, really tough couple of years for me personally. It was recognition of how hard I’ve worked over the past few years, and all I have accomplished.

It was security, and a good enough salary to let me make decisions about big things based on what the best thing was for me, rather than the most practical thing. It was my brain warming back up after a patchy maternity leave and being able to produce work I was really proud of. And, it was with a group of colleagues I genuinely really like working with.

So, it sucks. And having just nine days left in my probation period was a real kick in the teeth. But, ultimately, it is what it is. The world is imploding right now, and this is just collateral damage. I am not alone.

I’ll have freelance work, so all is not lost, and I have this little ol’ food blog. Those annoying video ads you always click away? Those things are paying my bills! Unfortunately, and predictably, ad revenue is also tanking, so we’ll see what the blog can do, but it won’t exactly be my bread and butter. Well, it’ll definitely pay for bread and butter, but who knows what else. 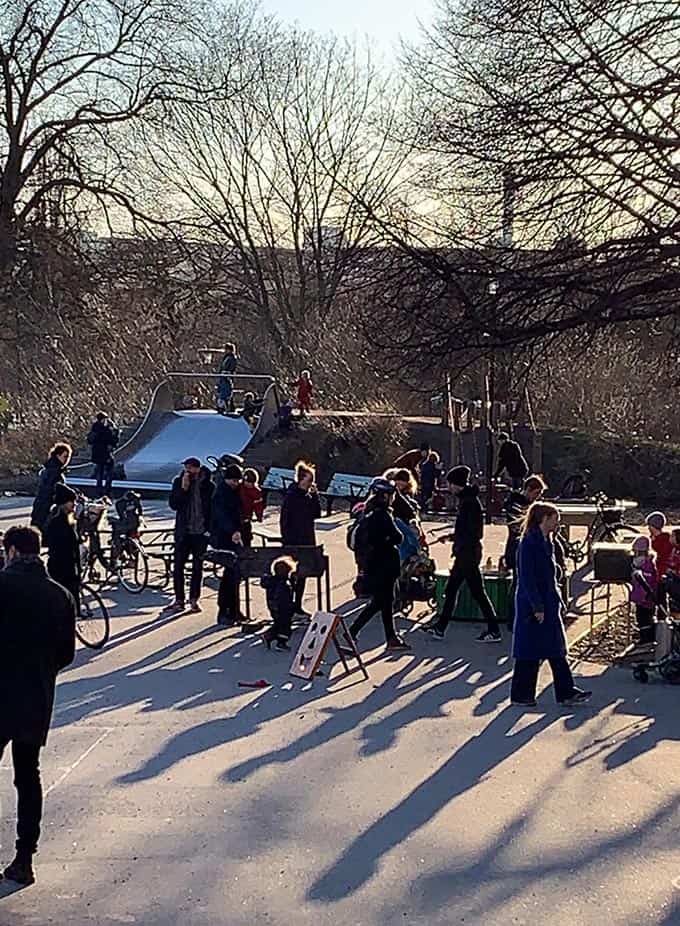 Man, I don’t know how things are where you live, but I feel like Sweden is not taking this shit seriously. In Stockholm we’ve been told to work from home if possible since community spread is on the rise, but as of today, our schools are still open.

On Thursdays the park that is between Niko’s school and our home has a you-grill hotdog day where you pay around $1 for a dog that you grill yourself. So they set up the grill, put out the dogs and buns, and leave a box for honour-system payments. It’s a great community initiative and I love that I never have to think about dinner for the kids on Thursdays, but I was astounded to find it running this past week like business as usual.

It was a sunny day, the playground was crowded, and there were dozens of people milling around the grill, using the same tongs, reaching into the same cooler of hotdogs, etc. I had gotten the call about my job en route to daycare pick up and I was in no mood for the meltdown that ensued when I had to explain to Niko why he couldn’t have a korv (hotdog) like all of his friends were getting.

Later that same night I broke protocol and went over to my friend’s place for some wine (give me a break, I’d lost my job a few hours before hand. I really needed the wine and the venting.). I rode my bike over rather than taking public transit, wore gloves and didn’t touch my face, and washed the shit out of my hands on both ends. We decided to get some takeout from a local restaurant because I know they’re hurting badly right now, but I was astounded when I went in to pick up our food and saw how busy it was.

Like, what? Are these the same people who are hoarding toilet paper and canned beans? I still can’t find any yeast (just want to make some dang pizza dough for my kids) and the city is wiped out of all kinds of essentials and people are just going out for dinner like it’s no big deal? Wtf, people! I *agonized* about whether or not to go to a friend’s place for dinner, and other people are just like, no bigs, let’s meet up. What is the world coming to?!

It’s so hard to know what the right thing to do is. It has been interesting to watch other countries with both better and considerably worse rates of infection going into full on lockdown while we’re carrying on pretty much like business as usual here. We’re pretty much in the middle of a giant uncontrolled experiment right now, and the feeling in uncomfortable to stay the least.

I hope you’re all doing your best to stay sane and healthy. 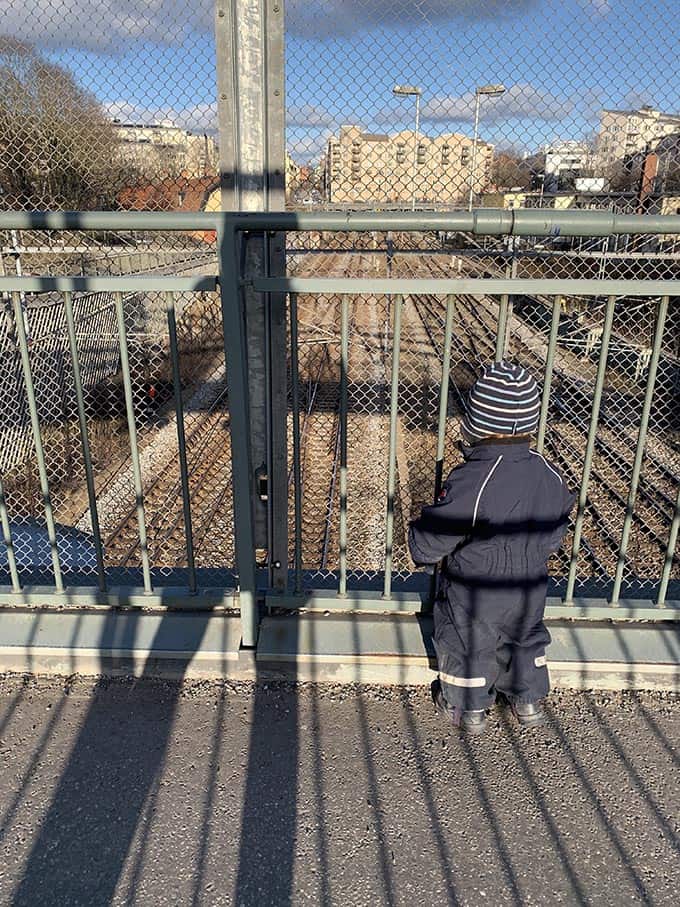 Has anyone else been emotionally eating / craving comfort food / having the munchies like woah lately?

All week I’ve had this feeling like I just want to eat allllllll the cookies, which I was trying to placate by nibbling on dark chocolate, which of course didn’t work. Ignoring the craving just lead to mindless, all day long snacking that never really filled the void. (Related: A Mindful Eating Exercise)

On Friday I finally decided to do the only responsible thing in this situation and make a batch of Nordy Bars from my friend Sarah’s blog. I mean, if gooey, buttery butterscotch bars studded with dark chocolate, walnuts, and mini marshmallows isn’t going to do the trick, I don’t know what is.

So I made them, and then I ate them until it felt right in my body. The perfect amount on Friday was three very large squares eaten warm and gooey straight from the pan, deliberately ignoring the instructions to wait until the bars were fully cooled before cutting into them. Who has time for that when the world is ending?

The perfect amount on Saturday was five or six much smaller squares, eaten in a sequence of rapid-fire return-visits to the large Tupperware container I’d stashed them away in. It was likely the same amount, more or less, than the night before, but I have no way of knowing that because each time I measured my portions only in terms of satisfaction.

If you, too, are experiencing the munchies right now, my official Nutrition Lady advice is to go with it. These are crazy, unsettling, uncertain times. We are collectively not ok. Honouring your cravings and finding some comfort where you can is the right thing to do right now.

I’ve also been finding comfort in walks outside in the sunshine (still allowed where I live) and movement in the form of online yoga classes (I’m doing a 30 day challenge by Yoga with Adriene). Find comfort where you can, how you can. Do not beat yourself up if comfort comes in the form of a tray of brownies. Maybe you want to try my Fudgy Adzuki Bean Brownies? Maybe you know that only legit butter and sugar will do. That’s how I felt  this week, and I’m glad I listened. 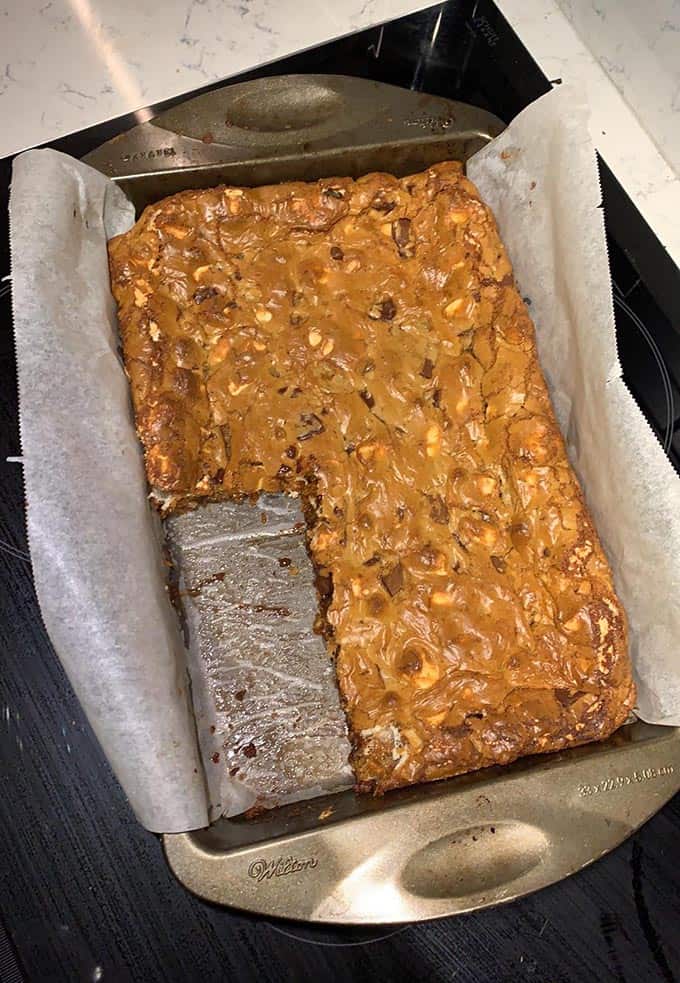 A reasonable portion of Nordy Bars

Hey, I need your help! Does anyone have any tips for concentrating on audiobooks? I’m really enjoying listening to Do Less on Audible (looks like it’s on sale right now) but man, I have to go back and listen to most sections like five or six times to really grasp what she’s saying.

It’s not just audiobooks, but podcasts too. I hit that “rewind 30 seconds” button so frequently my phone must wonder if I have a problem, because I’ll be listening and my mind wanders and suddenly I’m thinking about something that happened yesterday or what I’ll have for dinner tonight and then I realize that five minutes of audio has gone by and I have no idea what was said.

So, help? How do I focus better on this kind of thing? 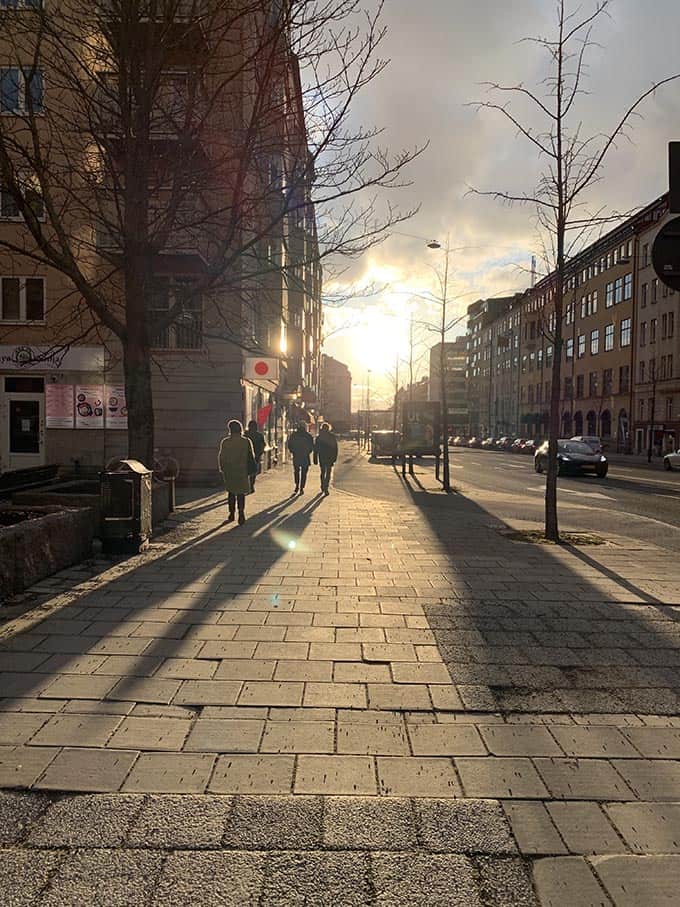 Sunny day on a weird week

Lastly, I’ve received a lot of emails and sweet blog comments from you gorgeous people lately, which I have not responded to. In general, people not responding to stuff is one of my big pet peeves. Life has been a lot, though, and I’m doing my best to get through the day, keep my head above water with my work, not be too big of a dick to my spouse and kids, and keep this blog more or less running.

Something had to fall through the cracks, and lately it seems like that thing is responding to messages. I’m sorry. Please know that I do read each and every one of them, and that I love this community. I so appreciate your presence here, and your messages mean a lot to me. On a better week, in a better time, I’ll do better.

Another one-hit wonder this week, because that’s just the kind of week it was. I figured that many of you are doing much of your cooking with pantry staples these days, so I rounded up 12 Nourishing Vegetarian Meals You Can Make From Pantry Staples. 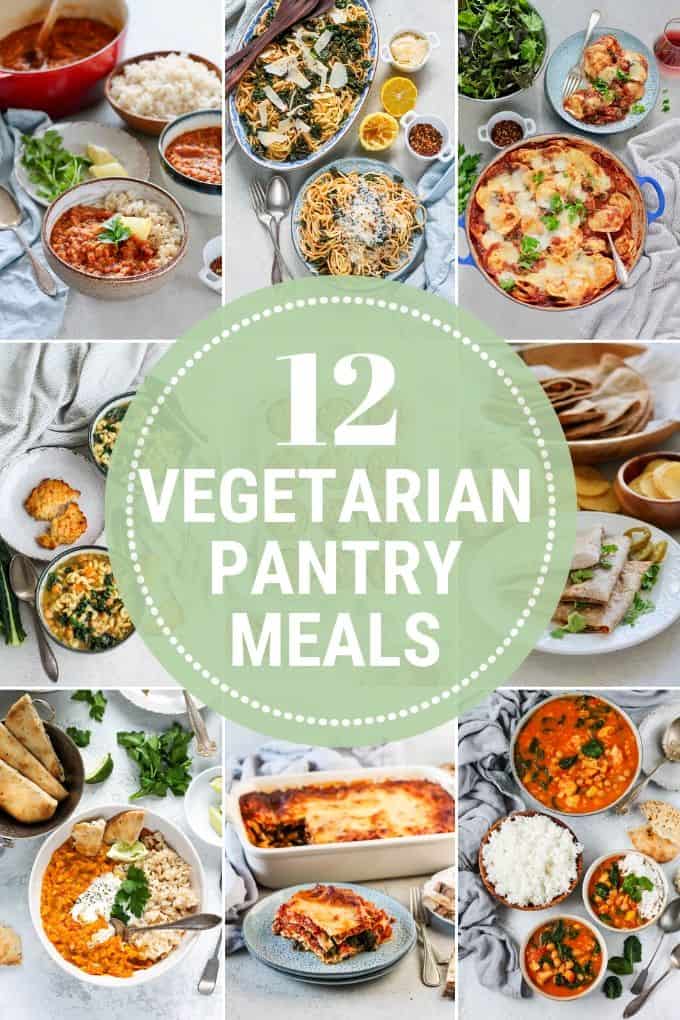 1. Turmeric Latte Mix. Obviously people are skipping the coffee shops these days, because this one topped the charts.

2. Red Lentil Dal. A pantry meal you should get into rotation.

4. Black Bean and Quinoa Freezer Burritos. Gotta get a batch of these going for work from home lunches.

5. Peanut Butter Oat Bars. An outlier in the top 5 this week! Gotta get those snacks in, though.

Debbie left the following comment and 5-star review on my Ricotta and Spinach Egg Bake recipe:

Made this today for breakfast. My husband and I both loved it! As suggested I did remove it from the oven prior to the egg whites completely setting. I let it set out of the oven for a few minutes and once you stirred the eggs into the spinach ricotta mixture the cooking of the whites was completed and the yolk was still nice and runny. Just perfect for spooning into toast. So easy and yummy!

Thanks for the reminder, Debbie! I really must make this gem of a recipe again soon. 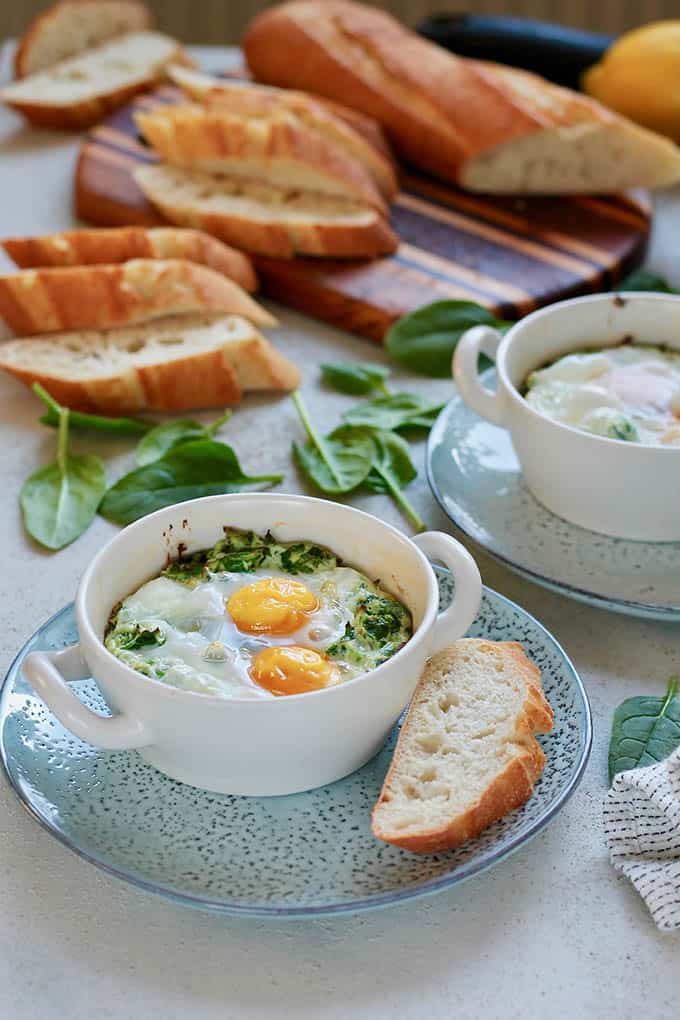 1. How to stop worrying about things you can’t control.

2. From charities that support children to organisations that feed families, here are some ways you can get involved and help those in need.

3. Hazard pay for grocery store workers, the heroes in our community.

4. How to clean your phone to protect yourself.

5. What to do with ingredients that are about to go bad.