My big boy turns four today and I just can not even. In a way it feels like it was a literal second ago that I was holding his tiny body curled against my chest for the first time. And in others, it’s many lifetimes ago. 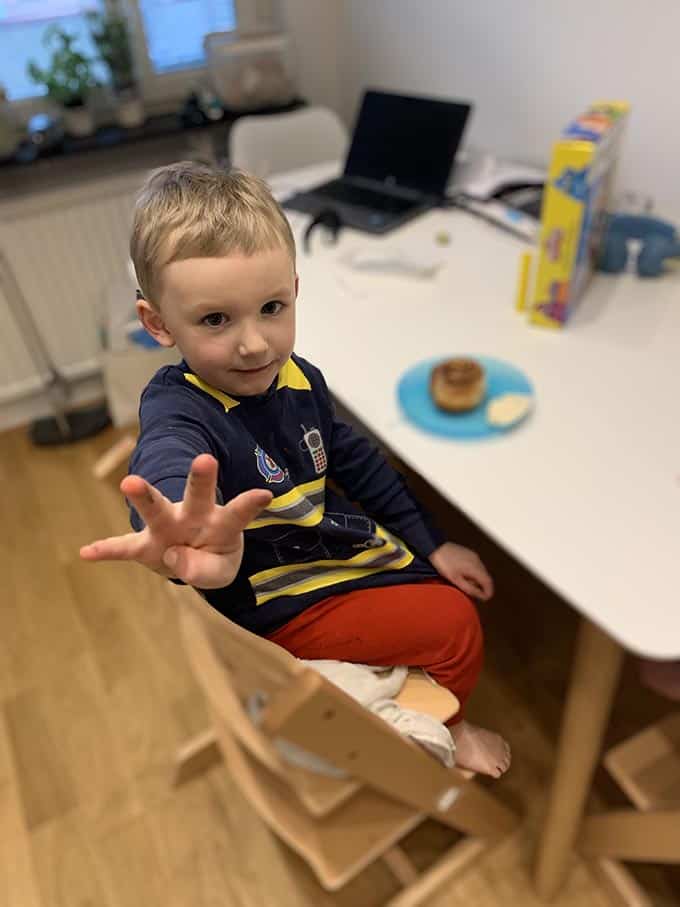 I never wrote Niko’s birth story (but if you’re keen on birth stories you can read Odin’s birth story here), which I should probably do one of these days while I still remember most of it. I remember that it was a Monday, I was one week overdue, and it was February 29th. I started having contractions early in the morning, around 4am, but they petered off by around 9am.

I spent the rest of the day grumpily thumping around, furious that I was still pregnant. I had a spicy lunch, and then did one last prenatal yoga class before dinner. As I was lying in savasana, I started having contractions again, which I dismissed as more of the same false labour contractions, but quickly realized it might be the real deal.

We got to the hospital at about 10pm and he was born at around 3am, so it was a pretty fast labour for a first baby, and luckily, his birthday ended up being March 1st and not February 29th! Had my labour began in earnest early in the morning, we probably would have had a leap day baby on our hands. In a way that would have been cool, but for Niko’s sake I’m glad he gets to have a real birthday every year. 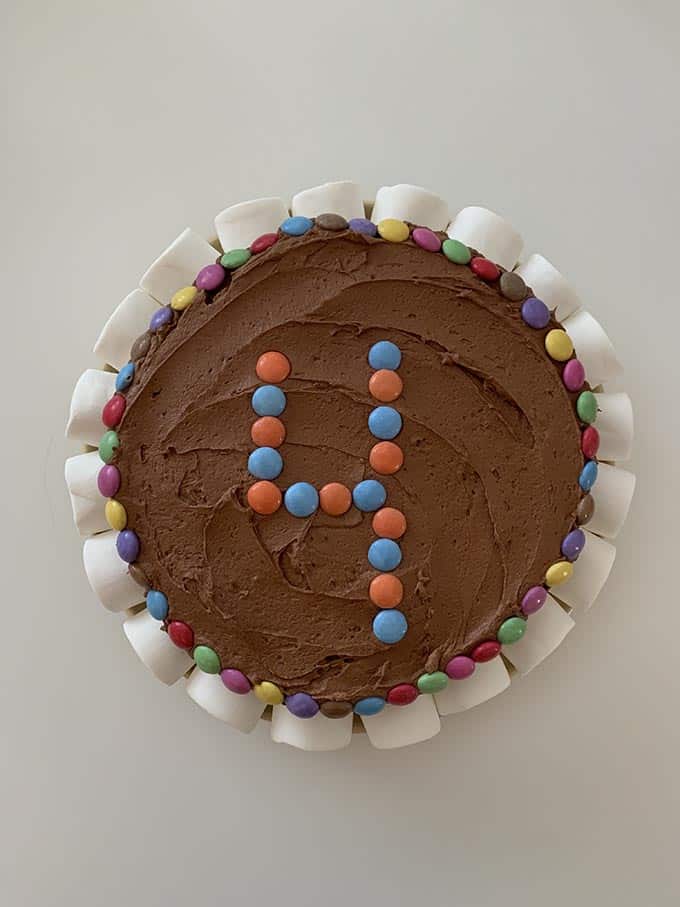 Niko was the creative director of his cake decorating

We celebrated yesterday with some close friends. Just a casual celebration with homemade pizza and cake, which ended up being quite small due to illness. It was perfect though, because we actually got to visit with the people who were here, and plenty chaotic with just 5 kids on hand.

We’re having another celebration with Niko’s school friends in a couple of weeks, and are outsourcing that situation. We told him he’s allowed to have four friends because he’s four years old (none of this nonsense with inviting the entire class) and we’re going to an indoor playground that Niko loves.

Their actual birthday party packages are super expensive, so we’re gaming the system and are just going to pay everyone’s entry fee (Niko and at least one more friend have annual passes anyways) and are going to buy hotdogs and ice cream for the kids. It’ll cost about half as much as having a real party there, and I don’t think they’ll know the difference.

For his birthday party this weekend I made a yellow cake with chocolate buttercream frosting. It was pretty good, but I feel like a super good homemade yellow cake is still a recipe that eludes me.

I used this recipe for the yellow cake, and it’s probably the best that I tried. I might bake it in a smaller pan next time (I used the recommended 9-inch pan but really appreciate the height of my 7-inch pans) and try adding a tiny bit more flour, since European butter is a bit fattier than North American, which is what the recipe was created for.

The frosting was this whipped chocolate buttercream frosting, which was the perfect balance of being chocolately enough for the adults but not too intense for the kids. If you’re looking for a more intense chocolate frosting, I recommend this Mocha Frosting from Sustainable Cooks.

Yellow cake is probably the ONE recipe that I actually prefer the box mix. I’ve tried several homemade recipes and nothing comes close to that incredible yellow flavour that comes from the box. If any of you have what you think is the BEST yellow cake recipe, one that rivals the box, please send it my way! 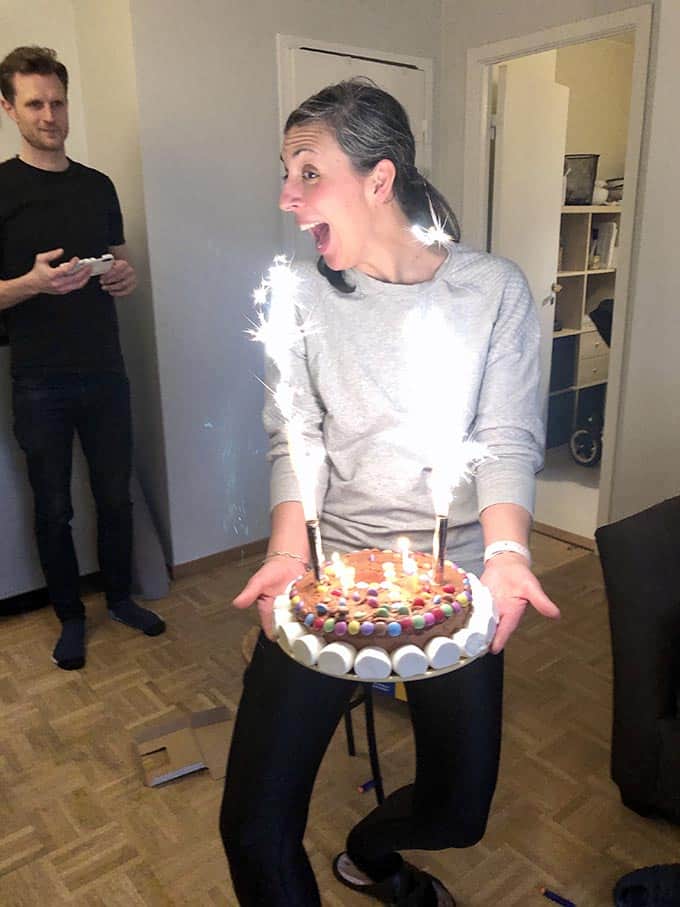 I hope this is *exactly* how my children remember me

We started using a cleaning service again this week for the first time since before Niko was born. We used to use one back when we were DINKS and thought that we were soooooo busy (????????????) but stopped when I was on maternity leave with Niko and never started it up again.

Now that we are legit so busy, we decided that once we were both back at work we’d bring the cleaner back on board, and man am I ever glad we did. First of all, because it’s freed up the hours of the weekend we used to spend cleaning, and secondly because they do such an amazing deep clean and tackle stuff that we always skip.

Regarding that; we have been doing our best with two small kids who track in a lot of dirt and two working parents and one robot vacuum that I run at least twice per day. But yes, there’s corners we cut. So this week on Thursday we had the first session with the cleaner, which I booked for 4 hours per session, every other week.

Part way through the morning I got a text from the company manager letting me know that the cleaner reached out and said that our place was SUCH a big job that she’d never get through it all in four hours, so they’d sent in another cleaner to help her out and our bill would be for six hours instead of four hours accordingly.

Um, what? Don’t you think they should have asked if that was ok?! I mean, do what you can within the four hours we booked – it’s a 900 square foot apartment, for pete’s sake, surely most things can get done in that time. Or at least call and say hey, we’d like to do a really extra good deep clean for this first session, is this ok?

And it was very, very clean. But they’d also spent time doing things like nicely rolling and arranging our towels, and sorting through our piles of clutter on the desk and stuff and making it all nice. And of course now we can’t find stuff that was perfectly locatable to us within the clutter.

Anyways, first world problem to be sure, and we’ll stick with this company for a while and see how we like them. It was really nice to come home to a clean house, and to not have to spend half of my weekend cleaning! 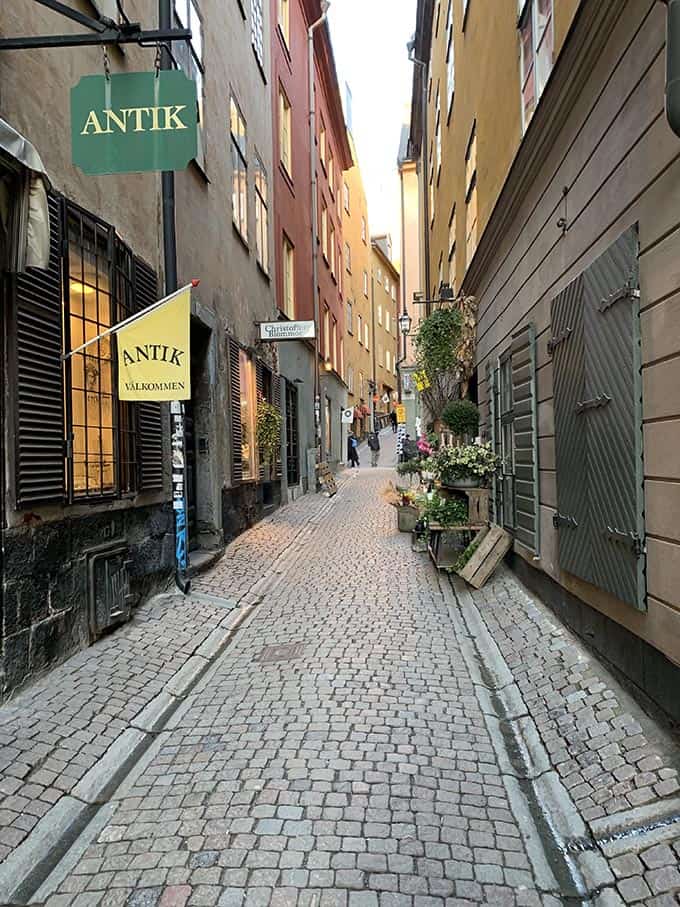 Anyone up for a podcast recommendation? I just finished listening to season two of The Dream, and oh my gosh everyone needs to listen to this. Season one, which was also great, was a detailed exposé of multilevel marketing companies and how they work.

They followed that up with a second season entirely dedicated to the wellness industry, and, you guys, there is some crazy shit going on. If you’re throwing your money at essential oils or supplements or wellness treatments, put your wallets away and give this a listen first.

Especially with all of the hysteria around the corona virus, there are going to be some people out there pedalling snake oil to people who are desperate and afraid, and I think it’s so important to educate ourselves about what’s what. Because: science.

On the topic of podcasts, ages ago one of my readers (heyyyyy Christine!) sent me a message recommending an episode of This is Love called Something Large and Wild, which is about a teenager swimming in the pacific ocean and a chance encounter with a baby whale.

It was so beautiful, I was listening to it on the subway with tears pouring down my face and I didn’t even care. So I’m doing you all a favour and passing that recommendation along!

I had one of those weeks with way, way too much on my plate, and didn’t get everything I wanted to post posted. Probably only my most avid readers realize there is a schedule and might have noticed that my Tuesday post came out on Thursday and my Thursday post didn’t happen. Sigh. Anyways, here’s what I *did* manage to publish this week:

This Slow Cooker Chickpea Curry is one of the post popular recipes on this site, but it needed a makeover. I also tested it in the Instant Pot, so all my IP people can rejoice ???? 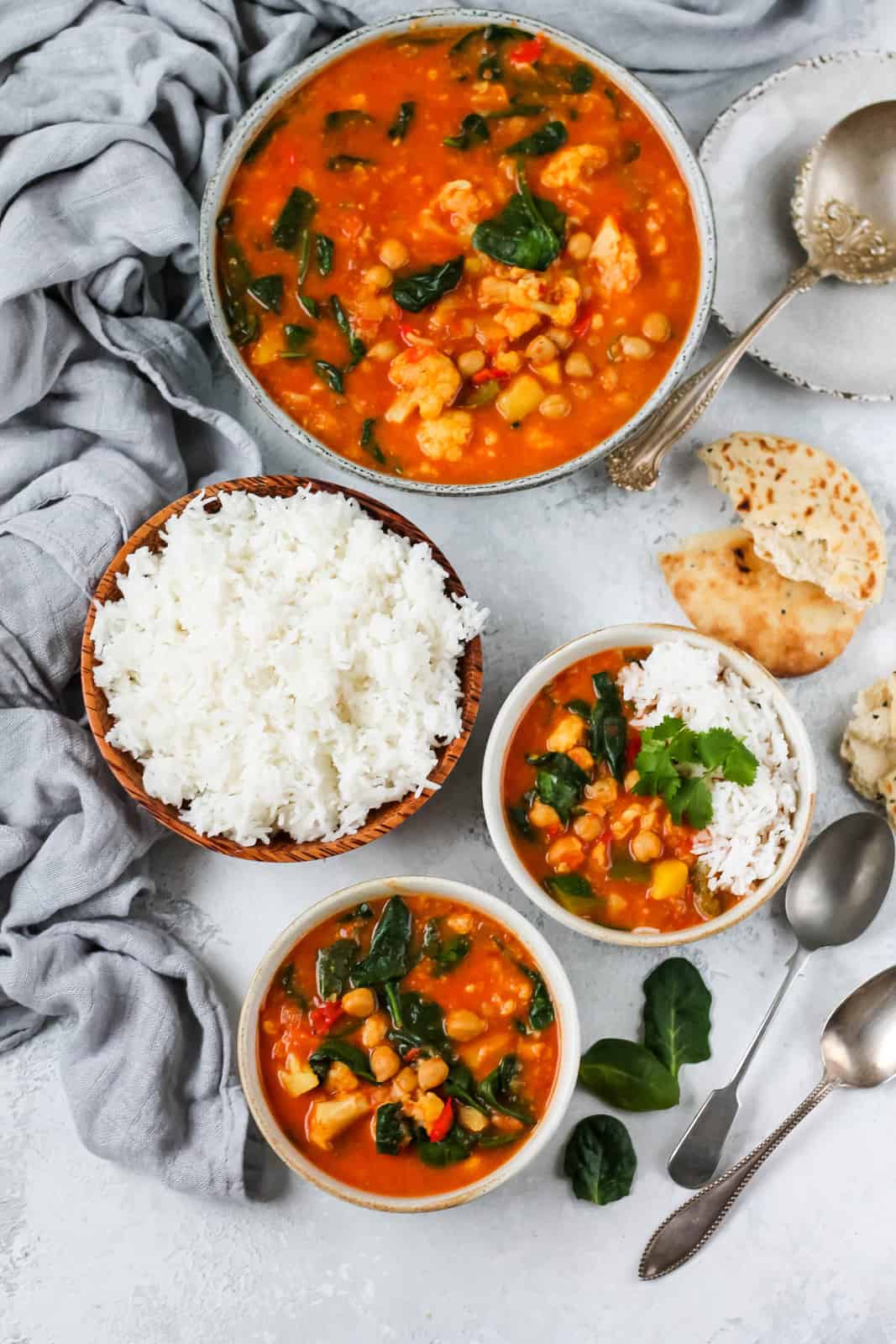 And, since it’s that time of the month, another edition of Just Between Us. AKA, everyone’s favourite post.

1. Black Bean and Quinoa Freezer Burritos. Getting the top spot this week!

2. Red Lentil Dal. This post has been on fire lately!

5. Vegetarian Freezer Meals. For new moms, or for whoever needs them.

Allison left the following comment and 5-star review for my Kale Lasagna with Cottage Cheese recipe:

This was a hit with the whole fam. I invested in my future and made 2 smaller lasagnas so one is in the freezer for later!

Smart lady. I like the way you think, Allison! 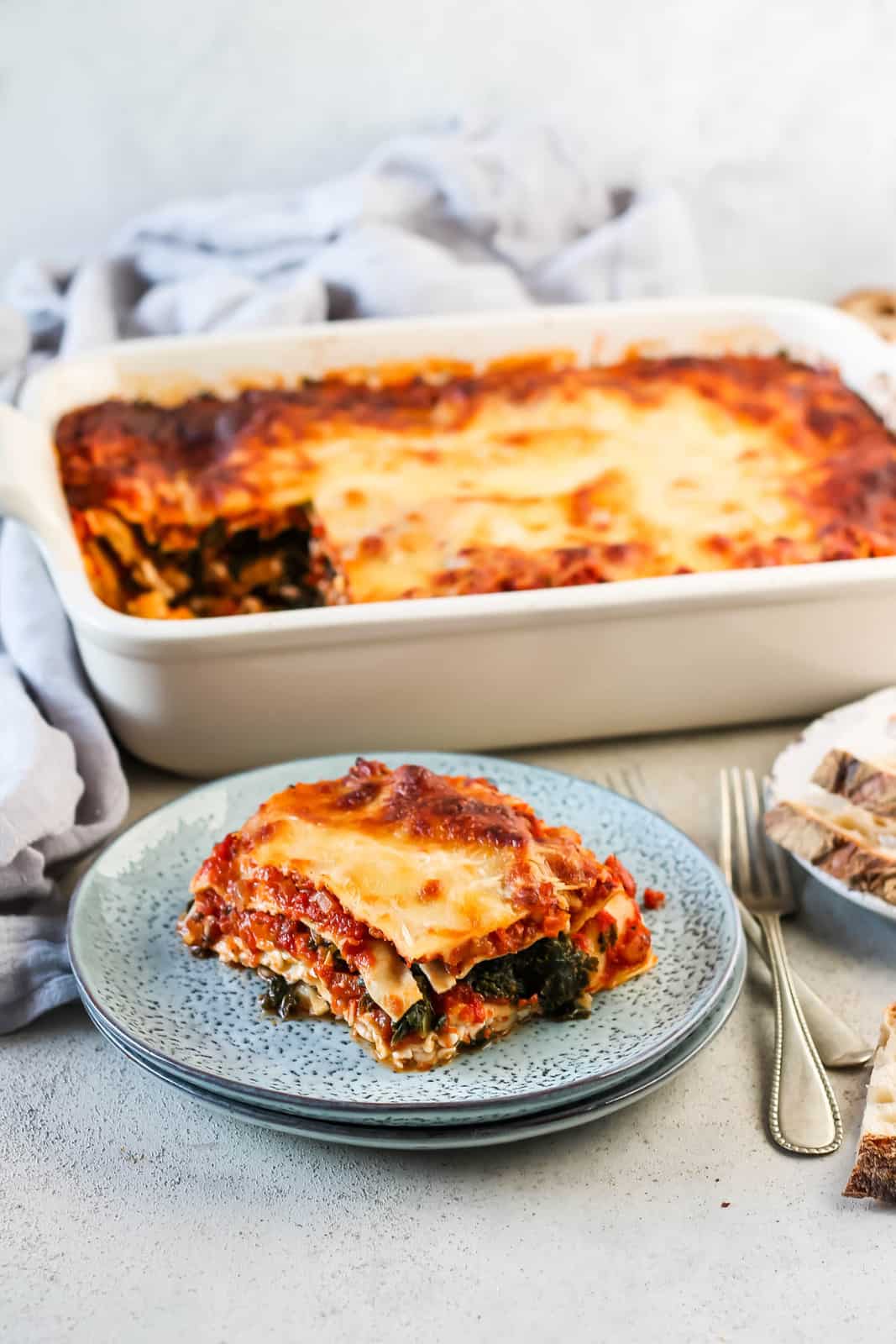 After the last week, with Niko’s birthday party and some other social events, I found that the pizza to not-pizza ratio in my diet was getting a little out of whack, so I’m working on a little bit of a personal reset. I made a big batch of this Vegan Lentil Soup in the Instant Pot, and I’m planning to pack it for lunch most days this week.

I’m going to be picking up three times this week, and I’m planning to try these Crispy Cauliflower Fritters from Green Plate Club for dinner at least one night, because I bought the stuff for them last week but didn’t get around to making them.

I also re-upped our supply of freezer waffles for the kids’ breakfasts, with a double batch of Vegan Banana Waffles. What’s on the menu at your house this week?

1. Three health benefits of sipping on coconut water and how to make it part of your daily routine.

2. Avoiding recipes with yeast because you’re not sure how to use it? Here’s a helpful guide.

4. You might be missing out on the best part of fresh broccoli.

5.  Four ways your environment impacts your microbiome, according to an M.D.