I took the kids to see Santa earlier this week, and let's just say Odin was not a fan.

I left work early on the last Friday before Christmas, came home and grabbed Odin, swung over to Niko's school to pick him up, then we jumped on the subway into the city where Santa was waiting. Our friends who we were meeting there were running a bit behind schedule, so popped into a coffee shop and grabbed the kids a cookie to keep them occupied while we waited, and ran a few errands.

We went over to the fancy pants shopping center where Santa was set up and got in line, and if anyone has ever tried to keep a highly mobile one-year-old who cannot be reasoned with standing in line, you'll know exactly how fun that was.

I had changed the boys into plaid shirts for the photos, which was as close to matching outfits as I could manage without going to buy something new, but kept their regular bottoms on. Niko was wearing tractor pants and his muddy snow boots, and Odin was wearing shark pants and no shoes.

When my friend turned up, her daughter had been changed into a beautiful plaid dress and had Christmas clips in her curly hair. My kids looked like dirty lumberjacks with the remnants of chocolate cookies smeared across their faces, snotty noses, muddy boots, and Odin was in full meltdown mode over being restrained in the lineup.

When it was our turn, Niko bravely marched up to Santa (who was creepy AF this year in this all white outfit) and handed over his list. I snapped a photo and then attempted to hand Odin over, but it was a no go. So I plunked myself down in front of Santa with both boys, Niko's bravery being all used up he grabbed for his blankie and stuffed his finger back in his mouth. I managed to wrestle Odin's pacifier away long enough for a photo, and this is the result: 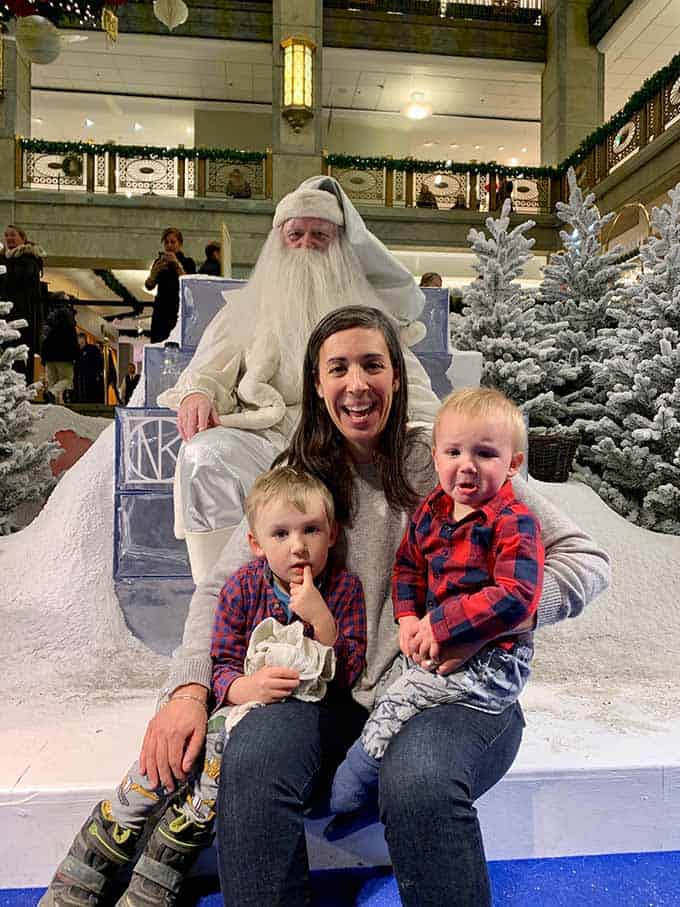 I don't know about you guys but I am donnnnnnne with my Christmas shopping. I went out on my lunch hour earlier this week and just hammered it out. I guess it's pretty easy when your kids are small and will be happy with whatever random crap you get them so long as it has one of the pups from Paw Patrol on the front.

For Paul I just re-upped his socks and underwear (my husband does not read this blog, so I can tell you exactly which Ice Breaker gaunchies I got him and he'll still be surprised on Christmas morning) which is badly needed. And I got one big ticket item "for the whole family" which is mostly for me, but I'm confident that we'll all love.

I remember when the clock rolled over onto the new millennium. I was 20 years old, living in New Zealand where I worked as an au pair for a year. I was madly in love with this sweet kiwi bloke named Scott who will forever own a tiny piece of real estate in my heart, and we rang in the new year with a group of friends, wondering what would happen when the year 2000 hit.

That all seems like a hot minute ago, but it's a literal lifetime. Now I'm 40, living in Sweden, and will be ringing in the next decade with my two little blond-haired boys running around.

In the meantime, we're neck deep in Christmas cookies, and are busy watching Elf for at least the fourth time this season (it takes us 2-3 days to get through it each time because it's too long for Niko in a single sitting). We're celebrating Christmas with friends on the 24th, which is going to include a very special visit from a very special someone (hint: ho ho ho) as per Swedish tradition.

On the 25th we're going to a julbord, which is a traditional Swedish buffet that's sure to have approximately 75 different kinds of pickled herring and other classic holiday fare. We're going together with three families, and are really hoping that our kids don't tear the place apart too much.

A couple of days after Christmas we're hopping on a very, very early morning flight and hightailing it south for a bit of sunshine. We're going to Tenerife, which is far enough away that it'll be warm, but not so far away that we'll have to try and wrangle Odin on a super long flight. I just don't have the energy for that right now.

I've been working ahead with some 2020 content for you guys, but I'm also going to try and unplug for a lot of that vacation. I really haven't taken any time off over the last year, even when Odin was a tiny newborn and things were the most bonkers.

We're hoping for a week of sunshine, relaxing on the beach, and as much sleep as our kids are willing to give us.

If we don't speak between now and then, I hope you all have a very Merry Christmas, or whatever holiday you are or are not celebrating. For those of you for whom this is a difficult time of year, I'm sending you all the love and light. I wish you all peace, joy, and delicious food.

This week I managed to squeeze in a couple of last minute holiday dishes. The first is this zippy Edamame Bean Salad, which will take you all of 15 minutes to throw together and is incredibly delicious. 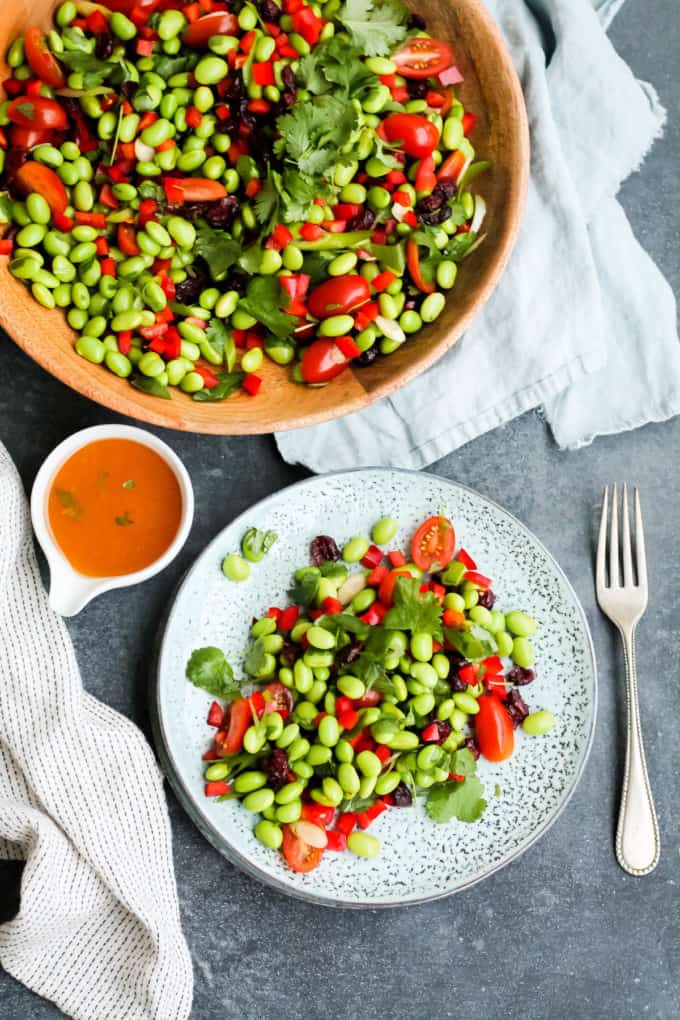 Next up, I made this Vegetarian Breakfast Casserole with Swiss chard and Gruyere. If you're looking for an easy make-ahead breakfast for Christmas morning, this is the one! 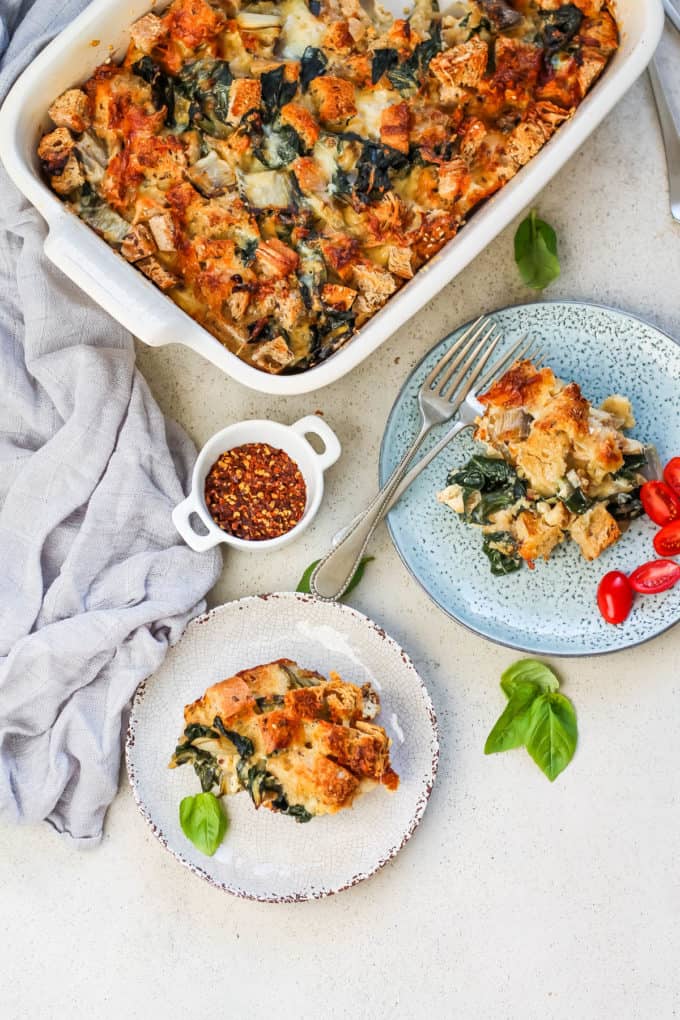 And in the event you're still working out what to serve for Christmas dinner, I've got 10 Healthy Vegetable Side Dishes to help you out! 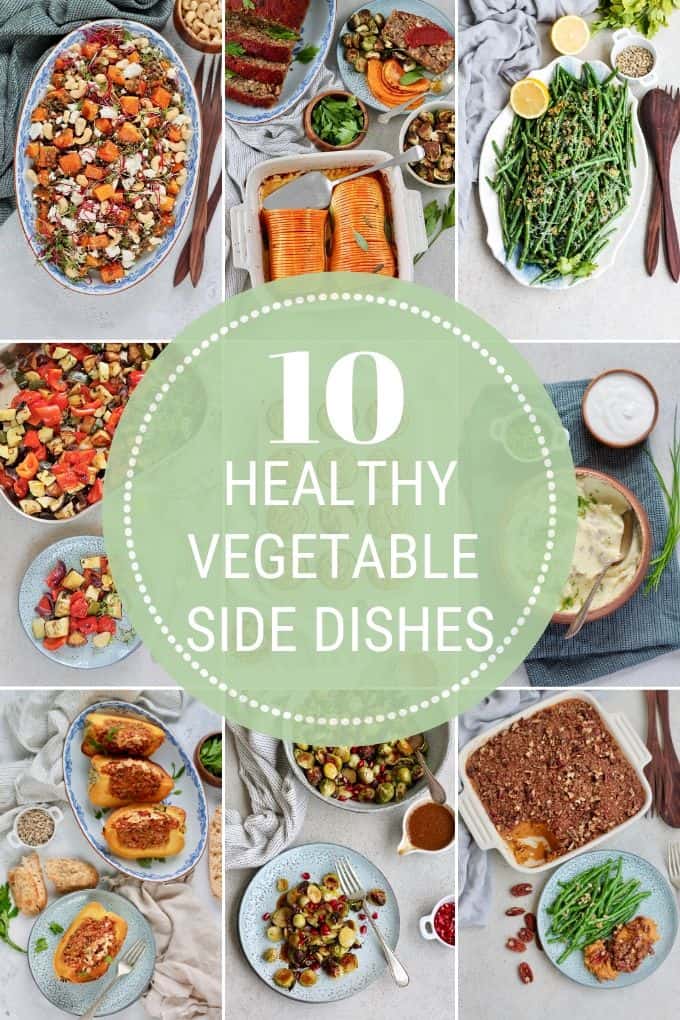 Here’s a look at what’s trending according to Google Analytics:

4. Black Bean and Quinoa Freezer Burritos. Getting ahead for Veganuary!

5. Slow Cooker Chickpea Curry. Perfect for when you need a break from holiday fare.

Alice left the following comment and 5-star review on my Pear and Gorgonzola Salad recipe:

Last week, we had a meal at one of our better restaurants, When my partner ordered a pear and gorgonzola salad as an appie, something twigged in my memory, so I came home and checked on your website. Sure enough, there I found this recipe which I have now made. It is BETTER THAN the one in the restaurant. This is delicious, particularly with the crunch of the candied walnuts. This will make many appearance on my table in the future! Thank you, Katie. 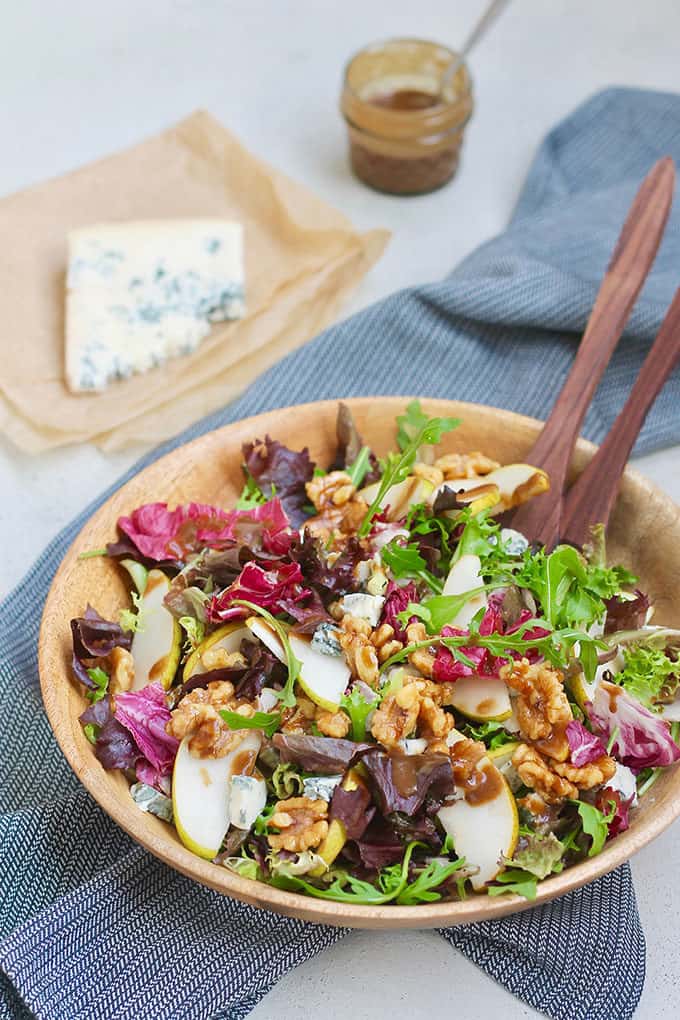 2. Is it really ok to eat eggs every day?

3. Banish leftover ingredients from your kitchen.

4. What a 5700 year old wad of used gum reveals about ancient people.