When we moved into our current apartment we bought a bunch of furniture from the people who we bought the place from, including the crib that both of our kids have slept in, and this gargantuous dining table that really had no business being in an apartment of this size. It was big and clunky and ate up a ton of space in our kitchen.

This week we FINALLY bought a new table, and oh my goodness we have so much more room to move! This means that we've *almost* got this place fully optimized, after living here for 3.5 years so far.

Since Paul has been home on parental leave he's been on a bit of a bender about creating space (hence the push for finally getting a new table) and in doing so he took a chest of drawers that we had in the living room and relocated it down to our basement storage. In its place is an over-stuffed arm chair that's also way too big for the space, but that seems to be better to him somehow.

But you know what? Buddy is going to Mexico next week for a friend's wedding, and when he's gone I'm going to get rid of the arm chair and bring the dresser back up. TWO CAN PLAY AT THIS GAME!!! 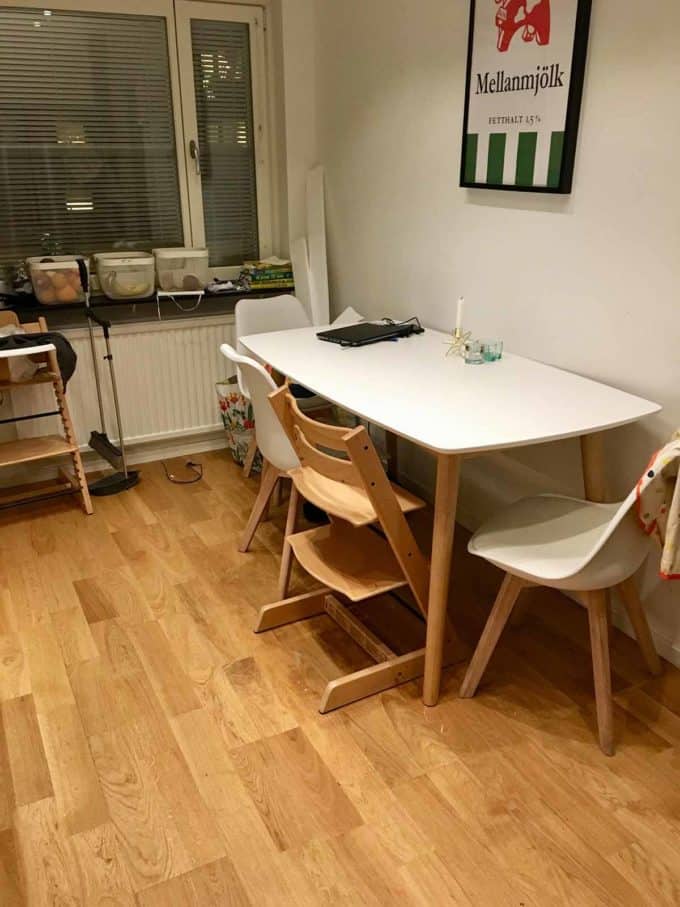 Niko and I are taking swimming lessons on Sunday mornings, and they are the bane of my existence.

To be fair, I used to be a swimming instructor and an instructor trainer, so I was always going to be tough to please, but man oh man, kids programs in this town are a freaking racket. Everything is insanely expensive (we are paying as much PER LESSON here as what it cost to take an entire 12 week lesson set at the facility I used to work at in Vancouver) and they expect the parent to be in the water participating in the lesson until your kid is 5.

I don't have a problem with going in the water; I go swimming myself 2-3 times per week. My issue is that a) because the parent is in the water they pack in far more kids than any instructor could reasonably attend do on their own, and b) because I'm there my kid isn't listening as much as he would be in a proper teacher : student relationship.

Also, although the pool is very warm and well equipped for small kids, they don't have a tot dock or anything that makes it so that the little kids are able to touch the bottom, so you end up having to hold your toddler for the entire lesson, which is super annoying to me and also restricts them from learning to move around in the water on their own.

I've been going a bit rogue and pushing him to do more complex drills than the splash-and-have-fun songs and games the instructor is leading. He's been doing great. But last week for some reason he was feeling extra insecure and didn't want to do anything. Didn't want to try a float, didn't want to dunk his head, didn't want me to let go of him while he was holding onto the wall, etc.

He was insecure and fussy, and I was extremely tired and cranky, which was a bad combo. I became like Joaquin Phoenix's disappointed dad in American Beauty and started putting all kinds of pressure on him, and it just ended really badly. On the bus ride home we talked it out, and agreed upon a reward structure for just trying his best.

I did also tell him that if, by the end of the lesson set, he can do a 5-second starfish float on his back without me holding on, that I'd take him to the toy store and let him choose anything he wants. So, we'll see.

I seriously can't wait until he's 5 and we can just register him for swim club, but until then it's over-priced lessons at private facilities or nothing.

You guys, a heartfelt THANK YOU for all of the sweet comments and emails I got after last week's post. You sure know how to make a tired and cranky food blogger feel loved.

It's been a tough few weeks, to be honest. Google rolls out something like 3000 algorithm updates every year, but every once in a while they push out these core updates that shake things up a bit. There was an unannounced core update earlier in November that has negatively affected traffic for a lot of food bloggers.

I wasn't affected in the first, most drastic wave, but I did take a bit of a hit in the second wave. This is in terms of traffic as google shuffles around how they prioritize sites, but at the busiest time of year and when ad revenue is highest, it majorly sucks for the people who count on ad revenue for their income.

I'm lucky enough to have a diverse income portfolio with a good amount of freelance work too, but many of the full-time food bloggers I know aren't so fortunate, so this has been a major rough patch.

Outdoor photoshoot season is here! We are well and truly into the circle of darkness, with the sun setting right around 3pm now and sinking into the 2's by the end of next week.

For most of the year I set up my photo station under our big south-facing living room windows, but even there there's not enough light at this time of year, so out to the balcony it is! I must look like an insane person to anyone who happens to look up and see me standing on a stool taking photos of green beans out on my balcony.

In 2020 I'm going to invest in a lighting set-up so I'm not depending on natural light so much. This will give me the freedom to take photos in my kitchen instead of schlepping hot pots of bubbling liquid back and forth between the kitchen and the living room, and will mean I can shoot recipes at any time of day, not just in the middle of the day on my one day off each week.

In general, I've decided that 2020 is going to be the year of Katie. More prioritizing myself, including personal and professional development. I'll talk more about it when we get to the year in review, but I'd love to know ways you're going to prioritize yourselves in 2020. Drop a comment or shoot me an email and let me know!

We had our annual expats Friendsgiving dinner last night and ohhhhhhh so good. I took the opportunity to squeeze in a couple more side dishes for the blog, which meant I turned up with dishes that had had a single serving removed and then replaced. Oh well. Them's the breaks. But you'll be seeing them soon!

I also took a pumpkin pie, which is always my responsibility, and not one I take lightly. My deep dish pie plate holds a 1.5 batch of pumpkin pie, so there's always leftovers, and everyone knows the best breakfast of all time is leftover pumpkin pie.

Unfortunately, Niko got sick and just as we sat down for dinner our babysitter called to let us know he was throwing up and we should come home. Fastest thanksgiving dinner I've ever eaten, and no pie for me. Boo.

I ended up sleeping on a mattress on the floor of our spare room (where I sleep most of the time anyways) with Niko in the bed. Poor guy spiked a fever up to 40°C /104°F and was so uncomfortable, so it wasn't a restful night by any means. Naturally this is the ONE day Odin decided to gift us with a 7am sleep in. 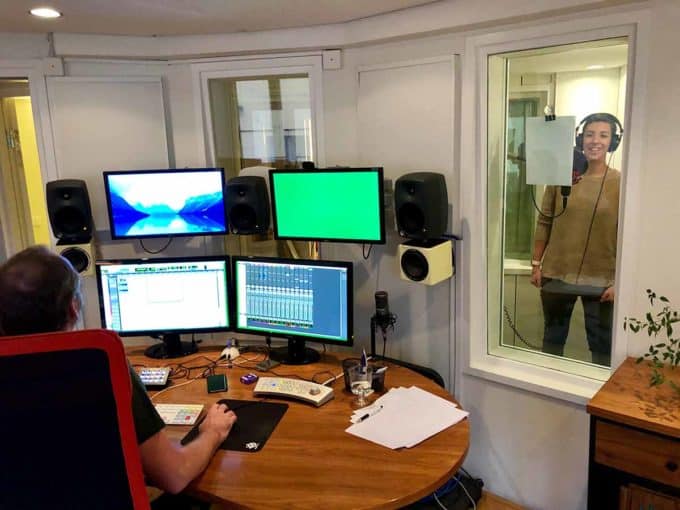 Earlier this week I recorded a voiceover in a studio, which was a fun way to spend part of my work day. One of the offices I work at kept asking me to record samples for a film they were making, since I'm the only native English speaker in the office. Apparently the client feel in love with my sweet, sweet Kermety voice and insisted I record the official voiceover as well.

Thinking of quitting my day job and pursuing this full time.... (jkjkjk I love my day job)

We kicked off the week with a badly needed update to an ancient recipe for Stuffed Acorn Squash. Note: we can't get acorn squash where I live, so those are actually carnival squash. Which I bought from the florist. And then packed for my lunch.

So essentially I sat in the lunch room at one of my new jobs and ate an ornamental gourd for lunch. It was delicious. 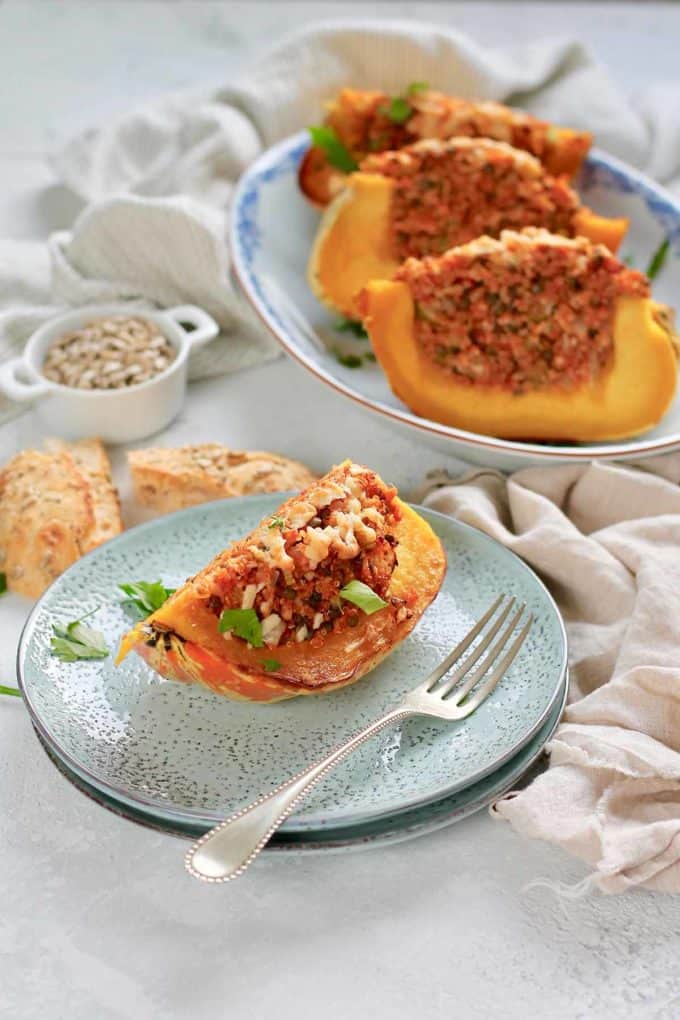 I've been wanting to do this post about my favourite way to make a Vegetarian Cheese Board for ages. It's so fun and easy and delicious, and of course endlessly customizable. 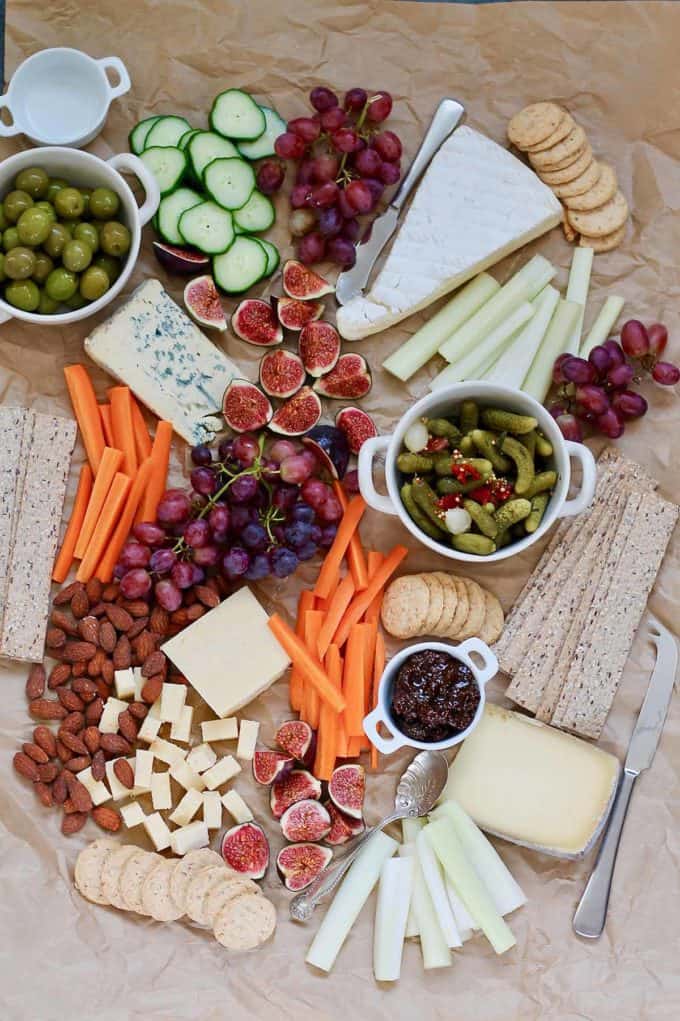 And lastly, since we're steaming full-speed ahead to the holiday season, I updated and republished a post about How to Make Peace With Holiday Eating. 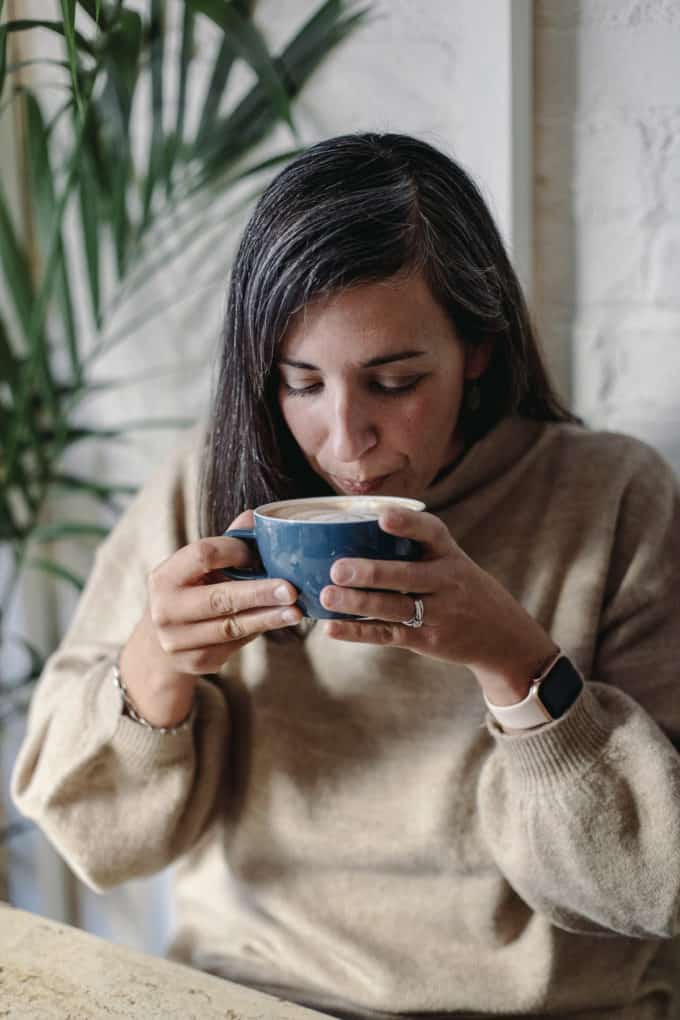 Even though the Google gods have been angry this week, here’s a look at what’s trending this week, according to Google Analytics:

1. Black Bean and Quinoa Freezer Burritos. I really need to get another batch of these going in my freezer.

2. Low FODMAP Snacks. This post has been heating up lately!

3. Homemade Pumpkin Purée. It's not to late to make your own for Thanksgiving!

4. Turmeric Latte Mix. This is a great homemade gift and will take you 5 minutes to make, FYI.

Alex left the following comment and 5-star review on my Amazing Vegan Gravy:

This gravy is delicious! Even better than I anticipated. As a bonus, I had acquired a jar of marmite months ago and didn’t know what to use it for, never having tasted it. This recipe gave me an excuse to finally open it up and give it a try. Boy have I been missing out. It really adds a whole other dimension of flavor. I’ll be making this for Thanksgiving (:

Yes! I'm glad you love this gravy as much as I do and hope your Thanksgiving is delicious. 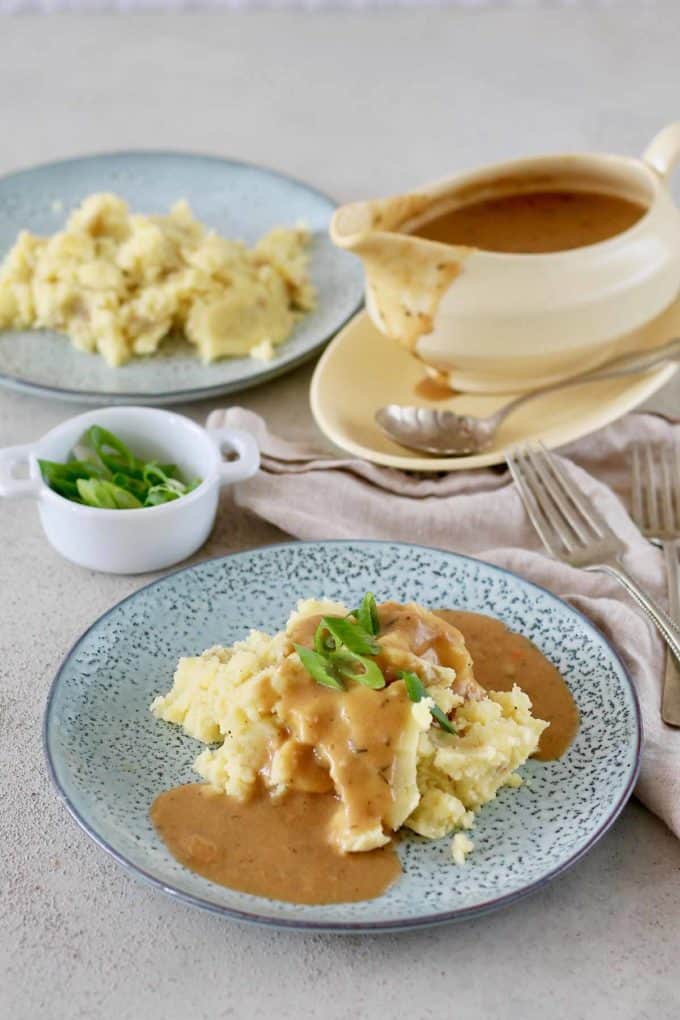 1. Can babies learn to love vegetables?

2. Answers to your six most common questions about poop.