The other day I was sitting in a meeting and reached up to tug my earlobe, and there it wasn’t: my diamond earring.

To be honest, I don’t really know if the diamonds were real or not. This pair of earrings, which I’ve been wearing for probably a solid 30 years, were a gift I was given as a tiny baby by a friend my mom long since lost touch with.

I think my mom handed them over to me when I was around 12, and I’ve been wearing them ever since as my day-in and day-out earrings.

I have a tendency to really commit to an object. I wore my indoor slippers until they were well past worn out and literally fell apart right on my feet. I’ll rotate necklaces every couple of years, but really, unless I’m getting fancied up, it’s always the same stuff.

It took me nearly a full week to remove the other earring, so I was walking around with one earring like 50% of the dudes I went to high school with in the 90’s. In part I think I was holding out hope that the missing one would turn up, but really I have no idea when or where it fell out, so it’s likely gone. They say that diamonds are forever, but I guess not these ones.

I took a casual look at simple diamond studs online, and woah, I don’t think I’ll be replacing them. So I’ve been walking around with naked ear holes (apparently I don’t own any other studs, only fancy dangly earrings which I practically never wear) ever since. 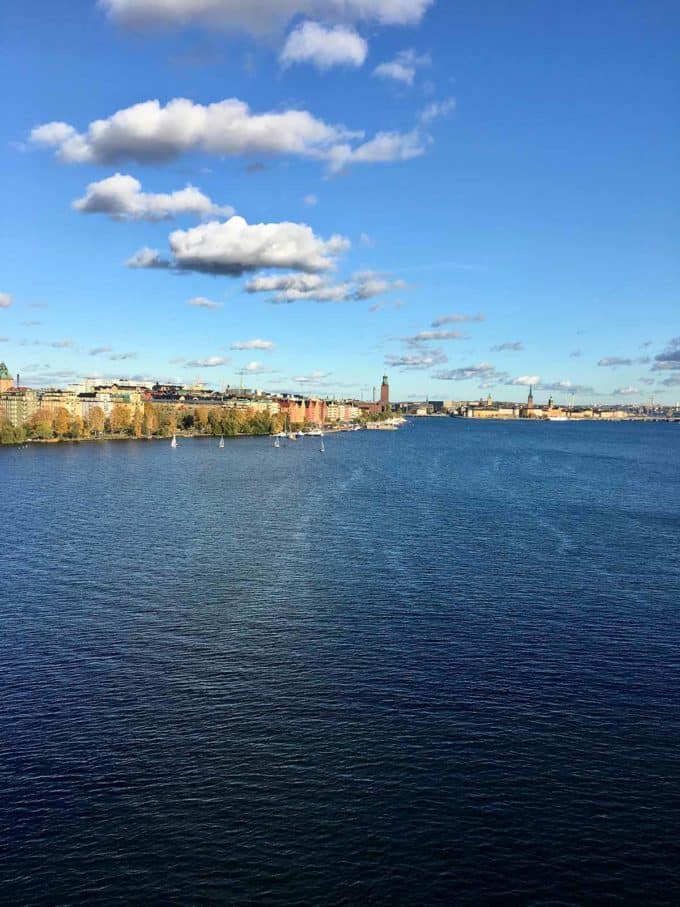 Unlike the time I lost the toilet-chain bracelet my dad made me when I was small, I don’t feel particularly emotional about this loss. They served me well, and now they’re gone. It’s ok. But I do feel a bit under dressed without them.

My wardrobe on the whole is in pretty dire straights right now. I haven’t really bought any new clothes since well before Niko was born, other than inexpensive maternity clothes and some transition pants.

Now that I’m faced with things like client meetings again, dressing myself has become somewhat of a challenge. The nicer clothes I do have either fit poorly – and it’s not so much that my proportions have changed, but that thing that happens to older clothes where their shape just kind of doesn’t work anymore – or are out of style.

I’ve also done a couple of rounds Kon Mari purging in my closet, so the pickings are pretty slim. Like I said, it’s dire.

I’m not very good at spending money on myself (evidently) but I’ve decided that what I need to do is buy myself one new piece of clothing per month until my wardrobe is sorted again. And not cheap, fast fashion type stuff, but good quality, timeless clothes that’ll last for a while.

This means I need to get over my dislike of shopping (I hate trying stuff on; it’s just so tedious and often demoralizing) and my hesitancy for spending money on myself. I feel like I’m bleeding money lately, so it’s tough, but necessary.

And another matter: my hair! Oh my gosh, my hair is a disaster.

Of course after both kids I lost handfuls of hair. I remember showering at the gym across the street during the peak of the fallout (when we had no bathroom at home, ah, memories) and I’d sheepishly walk out of the shower stall carrying a hairball the size of a small animal to throw away.

It happened with Niko, too, but I don’t remember the grow back stage being this awkward. Maybe it’s because I have so much more grey hair now so the short, frizzy, new growth around my temples and forehead really stands out this time. I’m halfway tempted to shave my head to even it all out, it’s so bad.

All this is to say, I’m looking good these days. Real good. 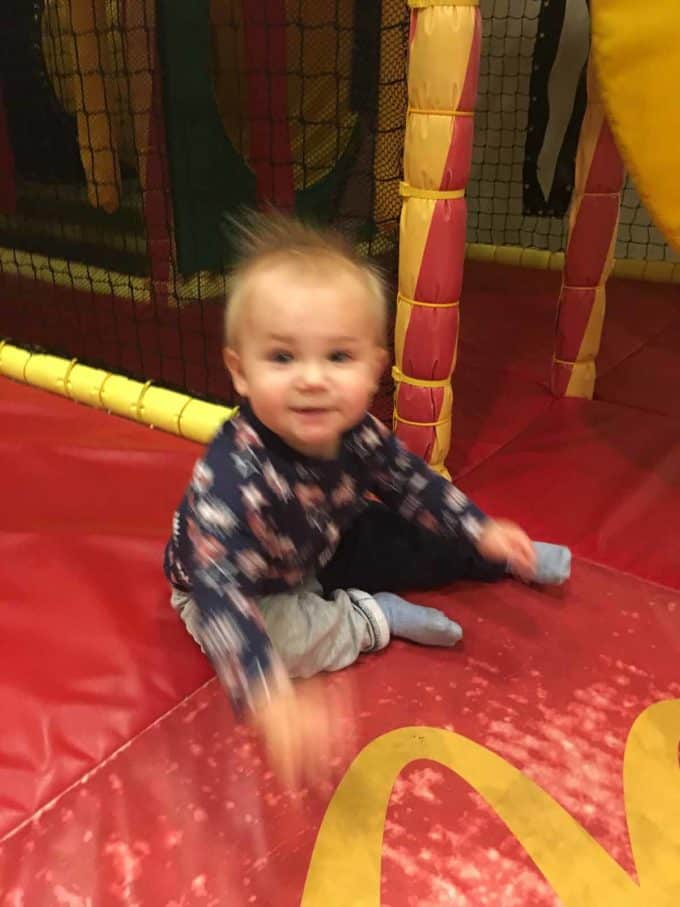 This blurry picture is of my child playing in the play room at our local McDonalds.

Yep, I, your friendly Nutrition Lady, take my kids to McDonalds. On this particular day, which was yesterday, it was raining too hard to take a one-year-old who isn’t fully walking to the park. But McDonalds opens early and ours happens to have a bitchin’ play area.

Our Saturday had started far too early (in the 5’s) and by 8am they were getting cagey and I was getting shouty and the kids and I needed to get out and do something for everyone’s safety. Our McDonald’s weirdly does not serve breakfast, and when we got there (we were the first ones through the door) they were still in prep mode, so I couldn’t even order a Happy Meal.

But they did have apple pie, and they had tea and they had juice, and so that’s what our morning snack was comprised of. We had the playroom to ourselves, and my kids ran / speed crawled loops around it. It was perfect.

Do I think that the food at McDicks is healthy? God no.

Do I think it’s fine enough to feed my kids from time to time? You bet. Lest you think it’s all quinoa and green smoothies around here, know that there are days I feed my kids junk because it’s just the best I can do.

Parents of littles, hear me: you just do your best. Sometimes your best is quinoa and broccoli, and other times your best is sitting on the grungy padded floor of the McDonald’s play room at 8 o’clock on a rainy Saturday morning. It’s all good. 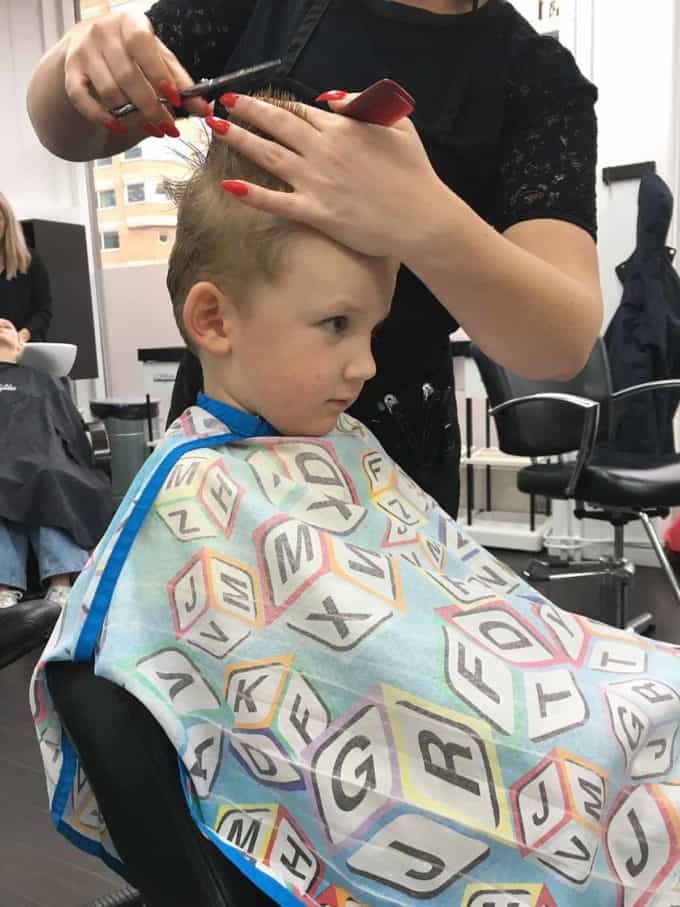 Another haircut for the big boy. No tears this time!

We kicked off the week with these Vegetarian Quesadillas with Pumpkin and Black Beans. You guys, these quesadillas are BAKED, so you can make a big batch all at once and you don’t have to stand over the stove for ages while you make them.

I photographed this recipe over a year ago but didn’t get around to posting it (something about being busy with a newborn) so I’m glad to finally share it with you guys. 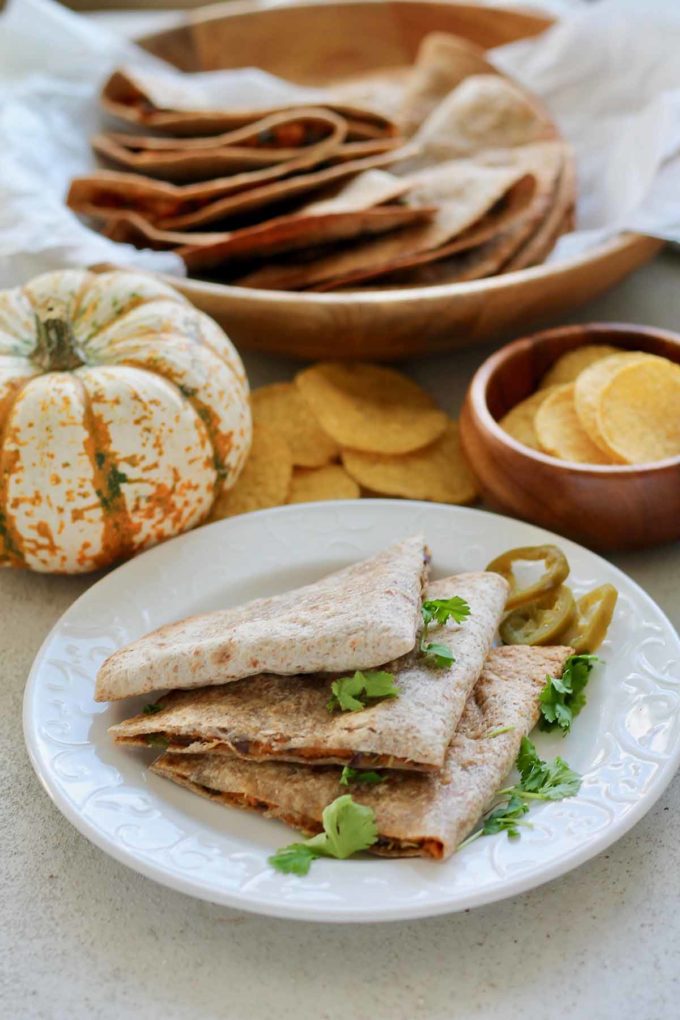 Next up, another recipe I’ve been waiting for ages to share because I am just so pumped about it. This Cheesy Vegetarian Ravioli Bake is a 30-minute one-pan dinner that’s so cozy and carby and delicious you’re not going to believe it. Just make it! 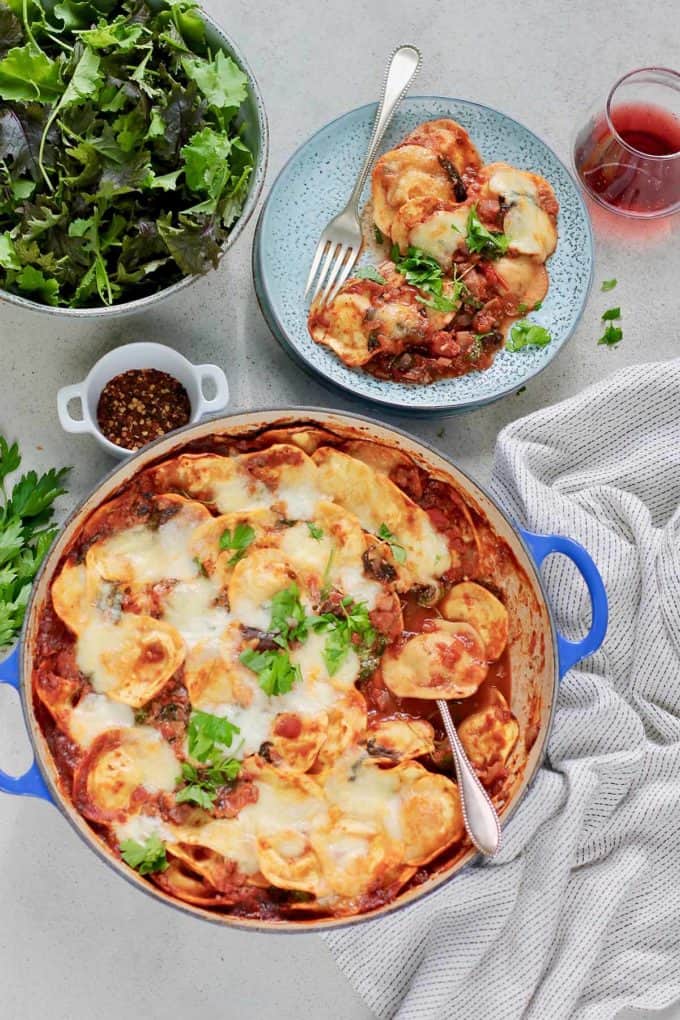 And last but not least, Three Ways I Achieved A Healthy Relationship With Food. It’s a life long relationship, so let’s try our best to make it a good one. 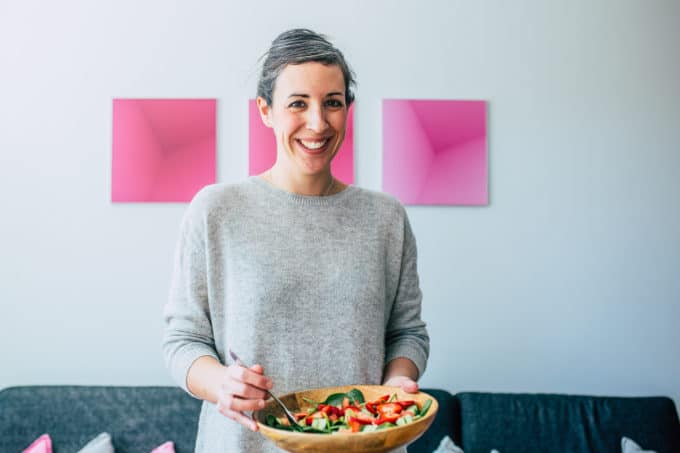 3. Naturally Sweetened Pumpkin Pie. Such a good one.

4. Amazing Vegan Gravy. This stuff is so good I’d drink a mug of it right now, I swear it.

I cooked this for dinner this evening. Such a simple, easy to cook recipe. It was delicious.

My 5 year old had seconds, and thirds (as did my wife and I). Our 8 year old tolerated it; you can’t win them all!

There was only approx 2 portions left over to freeze, so next time I’ll be doubling up on all the ingredients so we can freeze more. Thanks for another wonderful recipe 🙂

If you haven’t tried this recipe yet, give it a try! It’s ready in under 30 minutes and at the very least your kids will tolerate it 😂 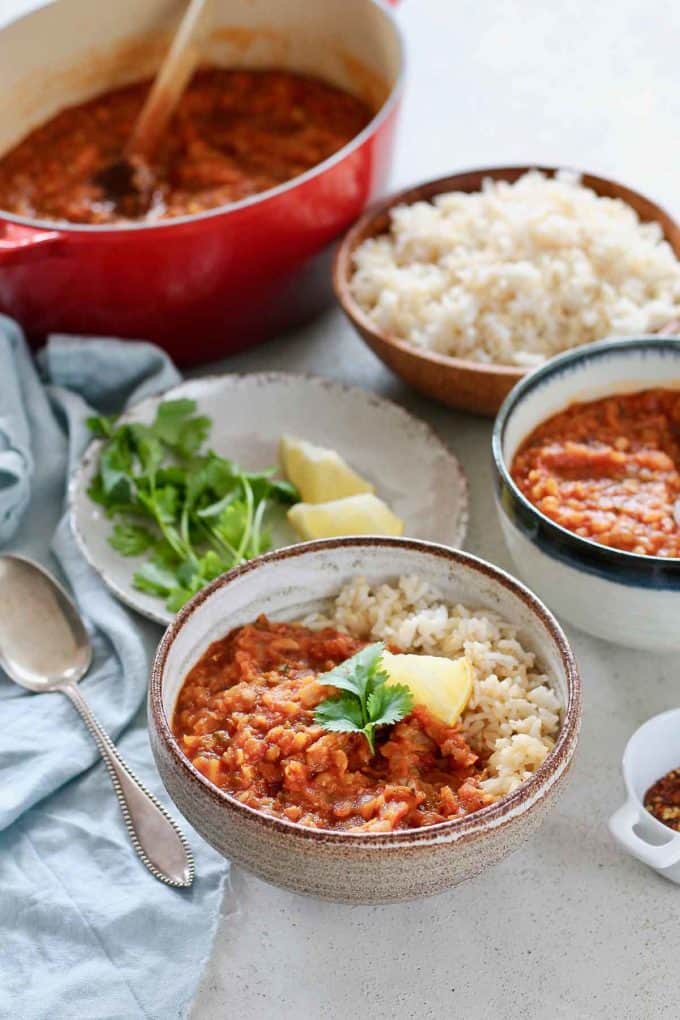 1. The lies we tell ourselves about the virtues of food.

2. If food is medicine, why isn’t it taught at medical schools?

3. A champion of the unplugged, earth-conscious life, Wendell Berry is still ahead of us.

4. Fecal transplants could ease IBS symptoms if they come from a “super donor”