My baby turned one on Friday.

Odie TKro, the boy with the controversial name.

Electric-haired, impervious to sleep training, wide-smiling, chin-biting, hug-thumping light of my life. What a wild ride the last year has been.

When I look back, the past 365 days has indeed been the longest shortest year. At times it seemed it would never end, with the toddler sicknesses and construction mayhem interwoven with the newborn fog.

I look back at it in a series of snapshots and remember things like writing an entire brand book with a tiny one-month-old Odin strapped to my body with the Moby wrap. Showering at the empty gym across the street on Christmas day.

Flying back to Canada with Odin when he was just two months old and scoring a lucky upgrade to business class, as if the universe knew just how fragile I was in that moment and decided to envelop me in a lay-flat bed shaped hug. Flying again with both kids and feeling like I'd unlocked the next level of parenting badassery. 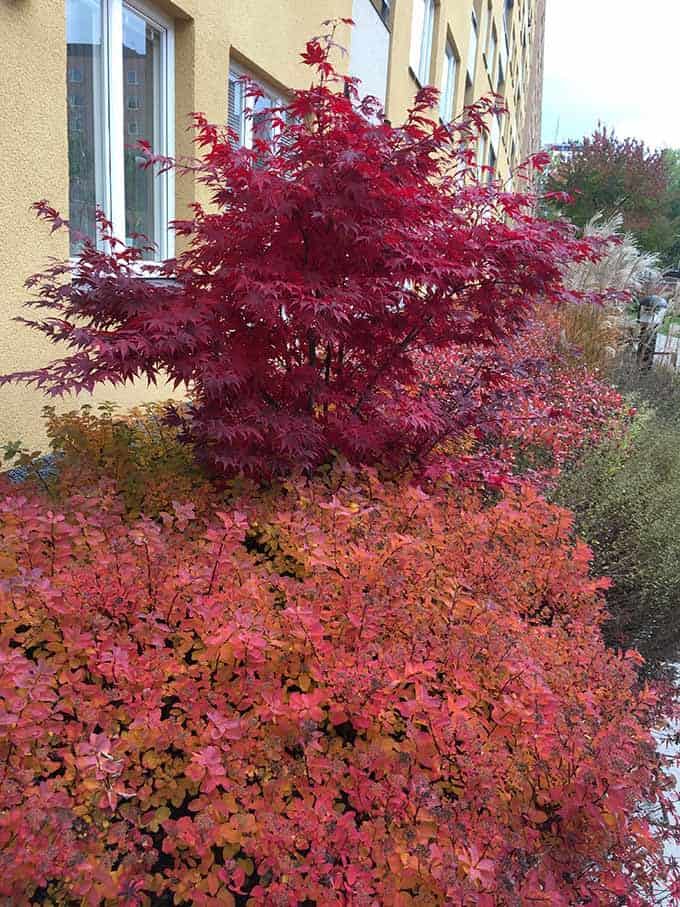 Pushing my double stroller through the snow, struggling to get it on and off of busses and subways, in and out of museums, and ramming it through too-tight checkout lanes in the grocery store. Our front door is permanently scarred from taking that beast in and and out.

(I did finally start working with a sleep consultant when he was around eight months old and I really wish I hadn't waited that long - if you're struggling, know that there is help out there)

I remember losing my cool on his older brother more often and more furiously than I ever thought I would, and I remember how slowly, yet perfectly Niko came around to the idea of his little brother.

It's been a hell of a year. I look forward to his next turn around the sun being a whole lot more peaceful. 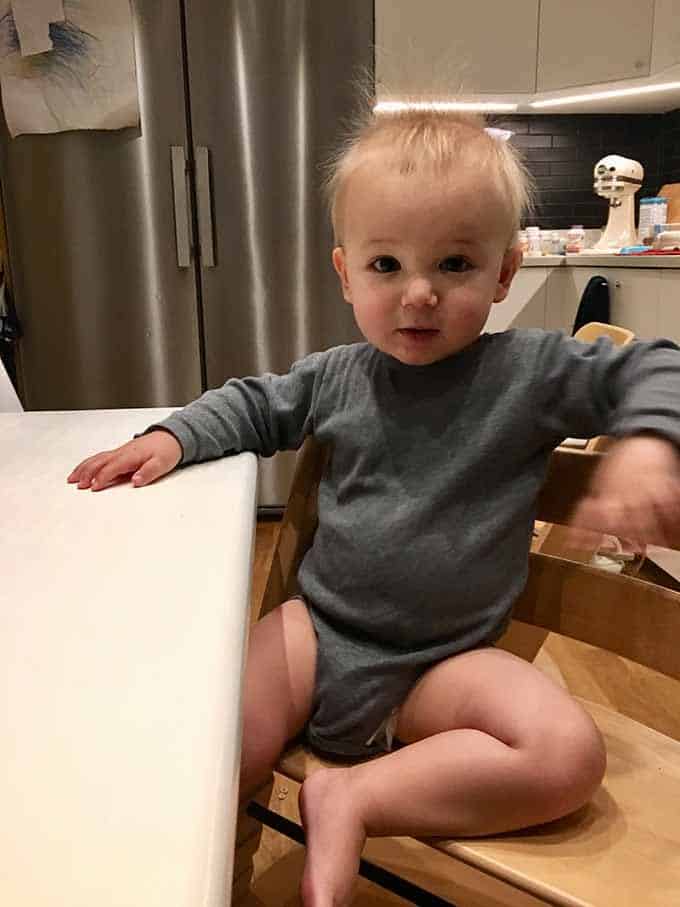 I took Niko shopping to buy a present for his little brother, and man, there were some tough life lessons about not everything being for you / about you wrapped up in there. It took a lot of convincing for him to choose a gift that was Odin-appropriate rather than a nerf gun in 100 rounds of ammo or a super complex excavator toy.

In the end we chose a Green Toys ferry boat, and also these alphabet nesting / stacking blocks from Melissa and Doug.

There was a wrapping station in the store and Niko insisted we wrap the gifts then and there, and he wanted to do it all himself, including ribbon curls. It's not an easy conversation to have with a three year old, trying to explain that he simply doesn't have the dexterity to make ribbon curls at this stage in his life. But with some teamwork, we got the job done. 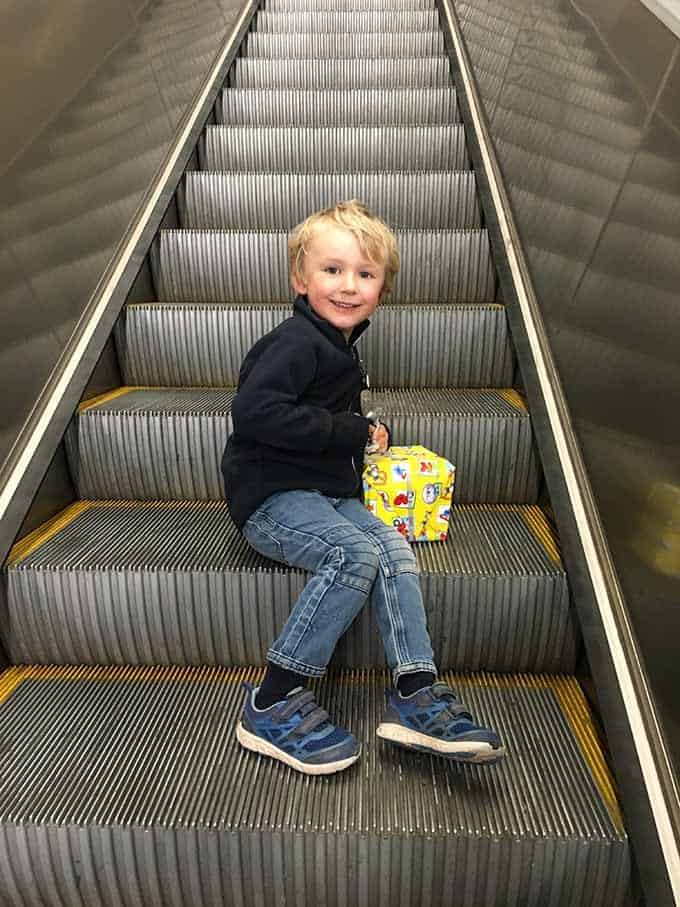 When did he get so big?!

Friday, Odin's birthday, happened to be a professional development day at Niko's school, so I decided to work a half day so we could do something fun as a family. We had an indoor activity planned, but the weather was decent so we just ended up hanging out in a local park, and then having a quiet afternoon at home.

Yesterday we had a small party with some friends and their kids. I don't think Odin really got that it was for him, but it was a nice afternoon nevertheless.

I don't like to make a big deal out of desserts in either direction, and I do believe that they have a place as part of a healthy and balanced diet, especially on celebratory occasions. Accordingly, both of my kids have had proper cakes for their first birthdays, in all of their refined sugar and butter-laden glory.

I knew that the kids would likely prefer a simple vanilla cake, but I've been really craving a good chocolate cake lately, so in the end I made both, including a little smash cake for Odin. When Niko turned one he absolutely refused to try so much as a crumb of his cake, but I was quite confident that Odin - who has been a champion eater ever since we started solids - would go for it. And go for it he did.

In the end I took away the smash cake (it was just getting too messy) and cut him some small cubes of cake, and soon enough he lost interest and started looking for his pacifier - his one true love - again. 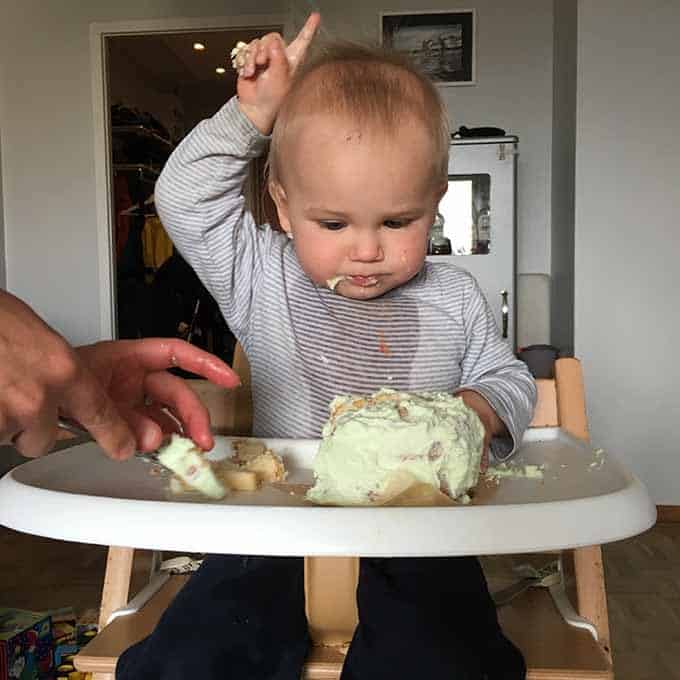 Cake, and where airplanes fly.

I also put on an epic snack platter and served bubbles and beer for the adults. I managed to snap some pics of how I put together my party platters, so I'll share that with you all in a few weeks!

We made pizzas throughout the party as well. I don't mean to brag, but you should NEVER turn down an invite to a pizza night at my place. We kept it simple with just two kinds of pizza, Margherita (kinda like these Naan Pizzas, but with freshly made dough) and Hawaiian for the kids.

I used these semi-dried tomatoes on the Margherita pizzas. I had a batch in the freezer and I just sprinkled them on top still frozen. Worked like a charm!

I use a pizza steel for my pizzas, which is a huge level up from a pizza stone and I highly recommend the investment if you're a keen pizza maker.

Although he'll gingerly take a few steps here and there, Odin isn't really walking yet, but at the end of his party, fuelled by cake, he casually walked across the room like he does it all the time.

He loves climbing things, eating food, and his pacifier. One day, I'm confident, he'll sleep past 5am, and I will enjoy that day very much. Until then, I'll simply enjoy my sweet boy. 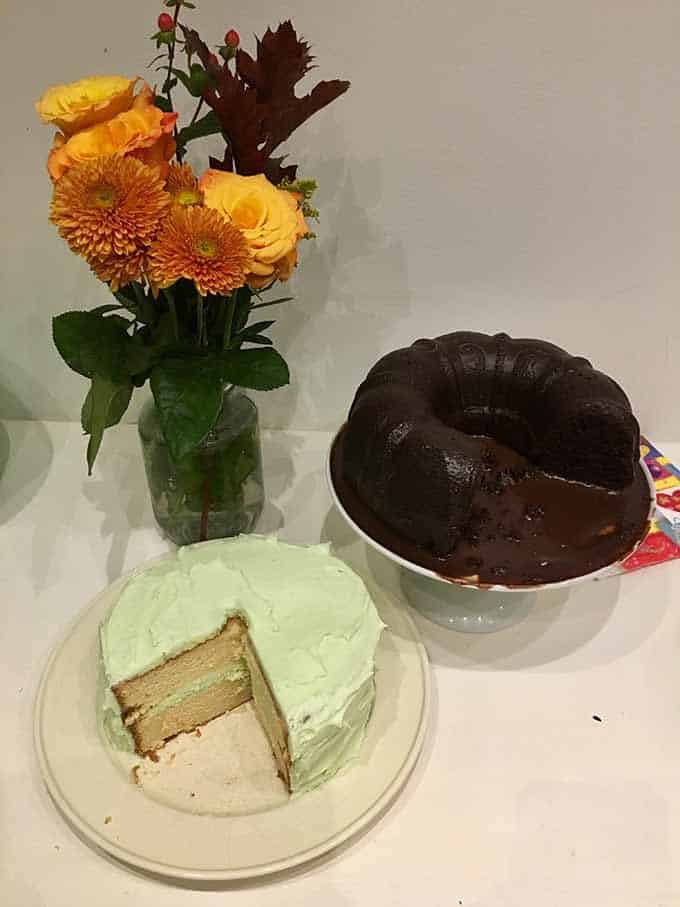 Please come save us from leftover cake

This week I rebooted an aaaaaaancient recipe for homemade Pumpkin Seed Butter. It's so incredibly easy to make and will switch up your toast game in a good way. 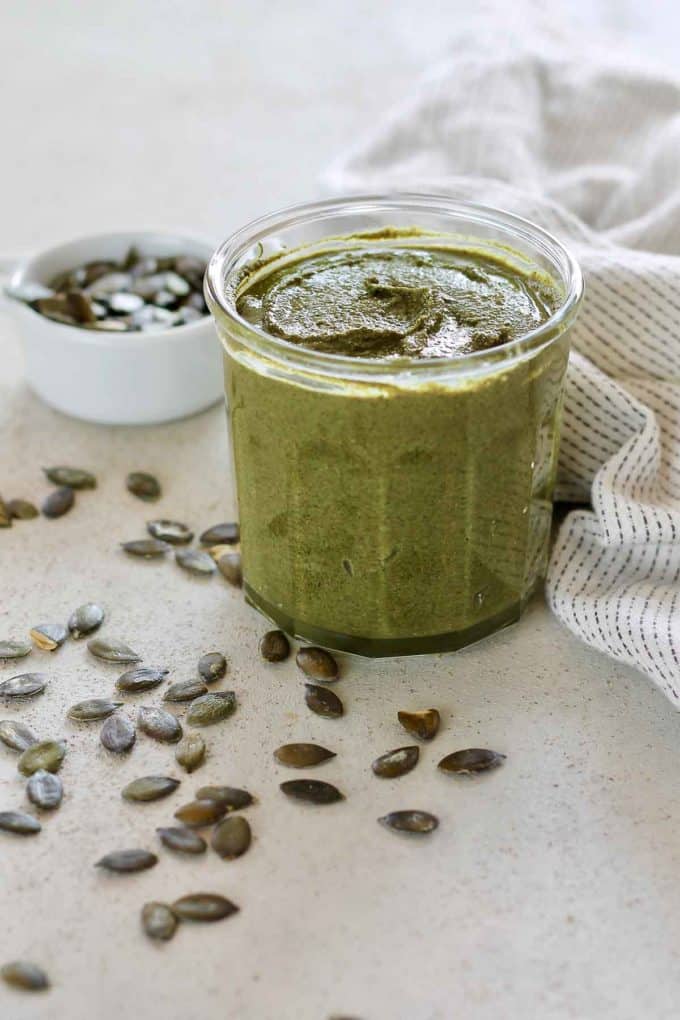 Since Halloween is fast approaching I thought it was hight time we had a little treat! I used some of that pumpkin seed butter to make these Dark Chocolate Peanut Butter Cups, and oh baby are they ever good! 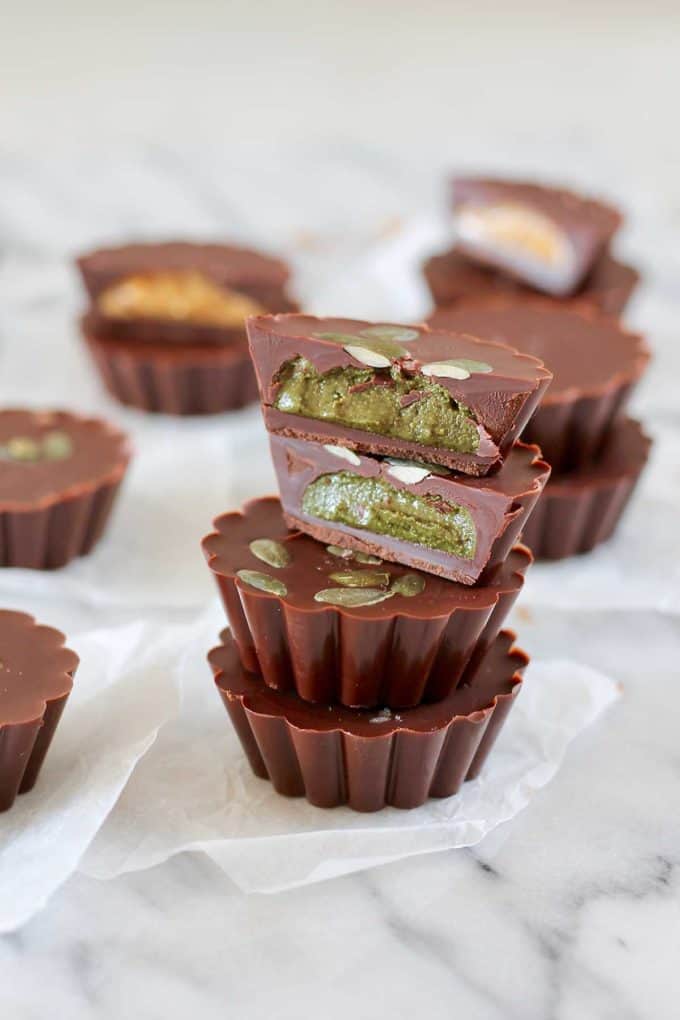 Here’s a look at what's trending this week, according to Google Analytics:

1. Homemade Pumpkin Purée. PSA: you can cook your Halloween pumpkin too.

2. Black Bean and Quinoa Freezer Burritos. Always good to have a stash of these on hand.

5. Slow Cooker Chickpea Curry. So, so cozy and good.

I made this pie yesterday. It is even more delicious than the usual pumpkin pie recipe I’ve made in the past and not at all difficult. The texture is smooth and creamy. Not a hint of date bits. I used a half spelt flour crust which has a bit of a nutty flavour. I did blind bake it for a tiny bit too long so the edges were a bit overbrowned, but not burnt. Pumpkin pie makes a perfect pre swim brunch, right! I expect to be super energetic in the pool.

Disclosure: Heather is my mom. Now you know. 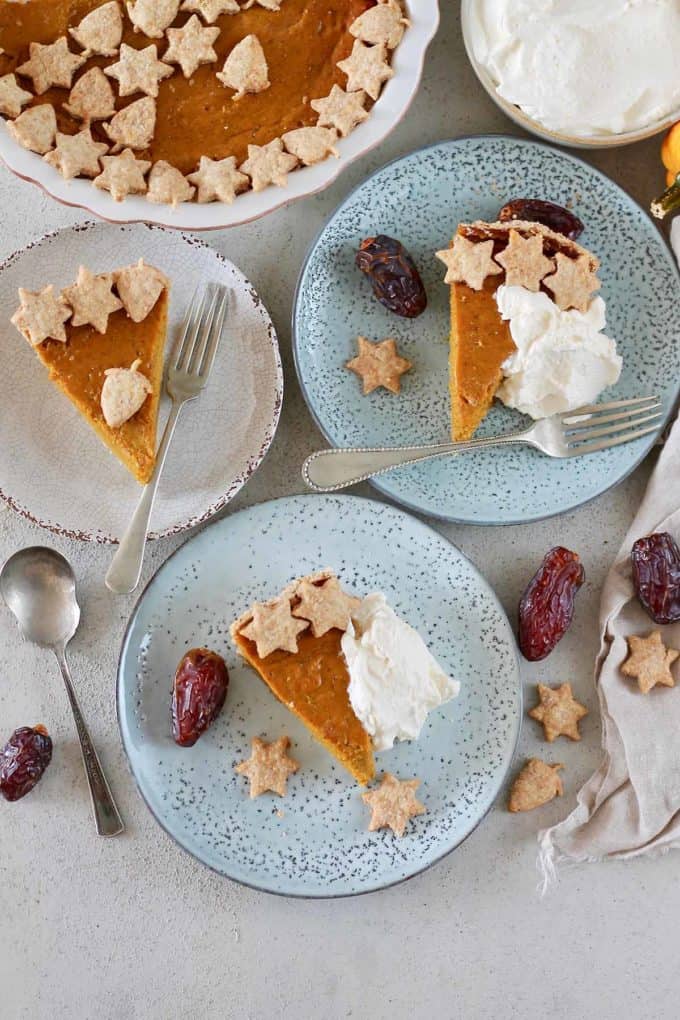 1. Good news for tea lovers --> Scientists have found a new benefit of drinking tea for the brain.

4. Weight doesn't measure health in any way, shape, or form.

As an Amazon Associate I earn from qualifying purchases.