I've been trying to mow down my mighty to-do list over the past few weeks, and finally got around to re-potting my nearly 10-year-old jade plant. He was in a pot that was waaaaaay too small and I always felt like an asshole whenever I remembered to water him and saw how small it was.

I'm pretty sure that he's a he, by the way, and if he would prefer a different pronoun he hasn't told me, so that's what we're going with.

I also gave him a shower to wash off all the lingering construction dust, and he's SO HAPPY in his new pot. It's probably the best parenting I've done all week, to be honest. 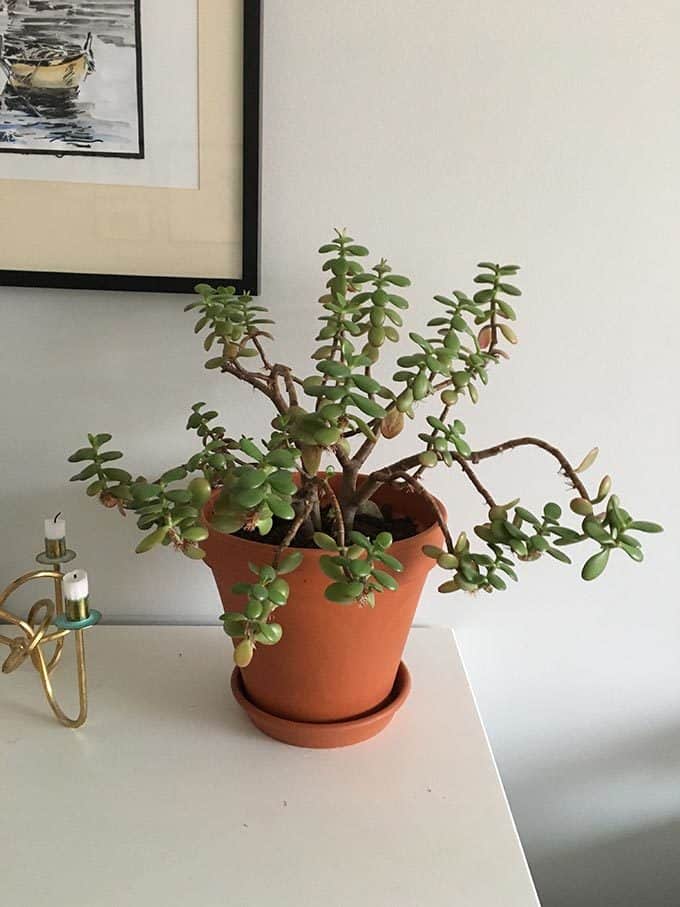 This guy is on the move big time and is climbing freaking everything. He is a menace to say the least. I remember hating this phase with Niko, roughly from one to one-and-a-half when they're suddenly so mobile but so, so stupid and have no sense of danger whatsoever.

Life is so un-relaxing and you have got to be on ALL THE TIME lest they fall to their deaths. And he has certainly been testing those limits this week. Earlier in the week, mere minutes after I'd removed some of Niko's small lego from his mouth (I swear, I lock that shit up all the time but he somehow keeps finding it) I heard him rattling the fence on our balcony and poked my head outside only to see this: 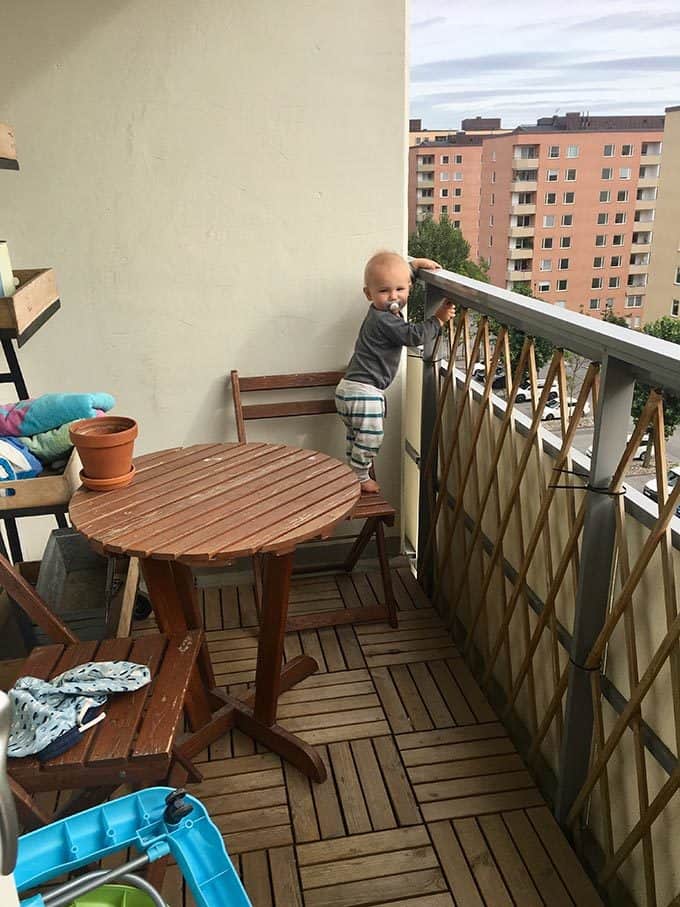 You know, we're just a cool seven stories up, so no big deal, right?

For the love of all things good and pure!

Just this morning he pushed Niko's stool out from the table, climbed up it and sat on the table and in the time it took me to get over there (I was shaking up a bottle of formula right beside him) he lost his balance and fell right onto his head ????????‍♀️

He seems fine and after calling the nurses hotline to evaluate whether I should take him to emergency or not we determined I could keep him home and just keep a close eye on him. He didn't lose consciousness, hasn't been vomiting, and seems generally fine other than a big nasty bruise on his forehead and a slightly swollen eye. 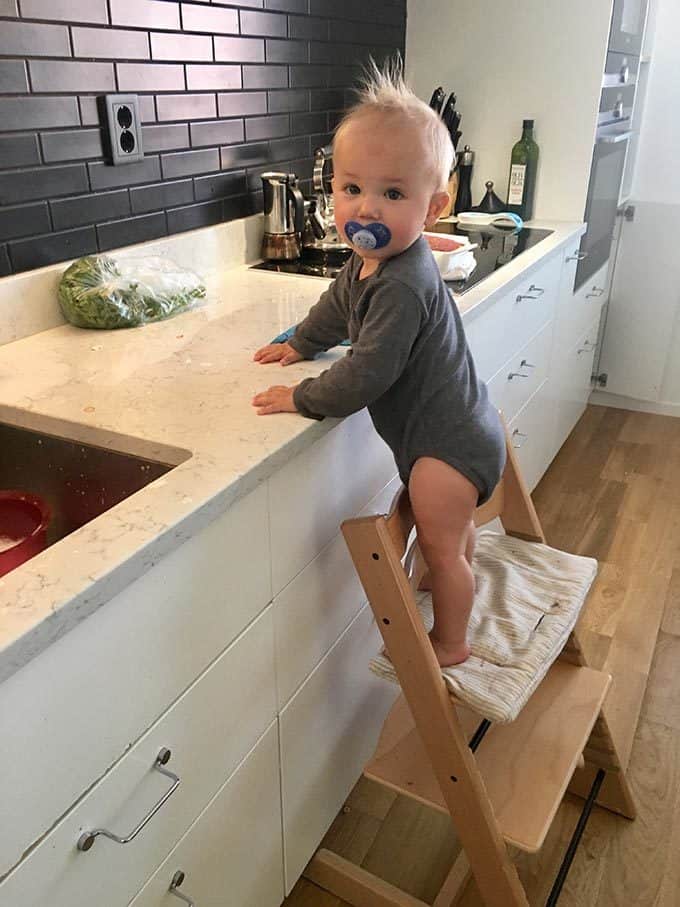 Ladies, how do you wash your bras?

After seeking your advice on new kinds of bras I settled on a bralette style on the advice of Christine from Happy Veggie Kitchen. They're great! So comfy! No pesky wires! The kind that I got (from H&M) don't have a clasp in the back, so they go on over your head, but otherwise they're sooooo easy and sooo comfy.

So the washing though. These bralettes do have a tiny bit of padding. Not like padded bra padding, but a super thin layer of foam so you can't tell it's a tip nipply in here, if ya know what I mean. And whenever I wash them the padding gets all rolled up and mangled inside and I'm wondering if I'm doing it wrong. 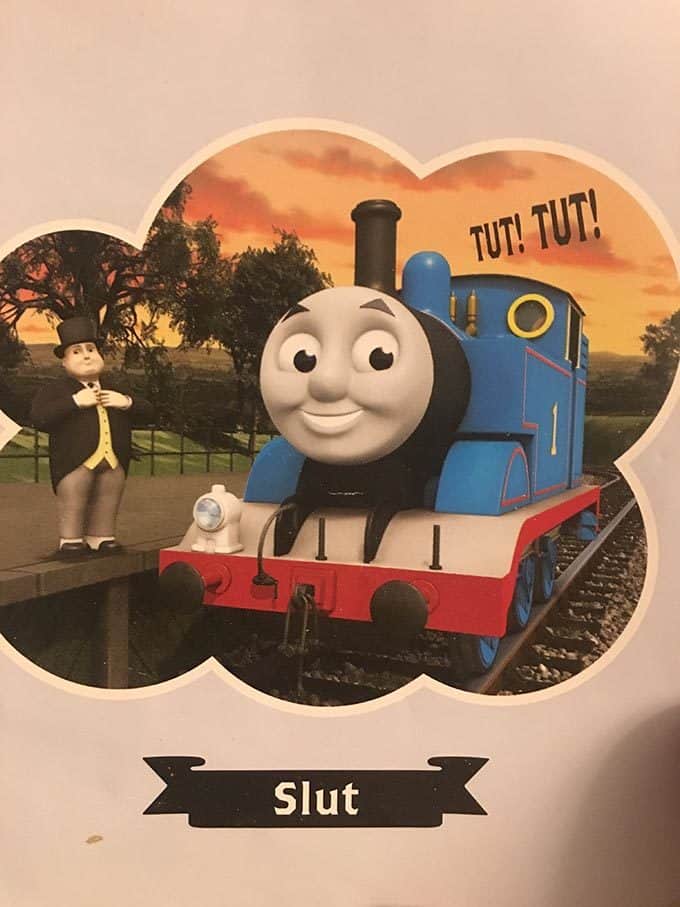 Some Swedish translations will never stop being funny to me. This one in particular never gets old. Slut (pronounced sloot) means the end or finished. So you'll get to the last station on the train and a sign comes up that says "slut station."

Niko doesn't usually like it when I read to him in Swedish, I think because my pronunciation is bad and he's used to his teachers at school reading in Swedish. He always gets this weird look on his face like he's embarrassed for me and then is like, mom, let's choose another book.

But he chose this Thomas the Train book in Swedish and actually stuck with me all the way to the end. Slut!

Lastly, guys, what are your favourite ways to use up butternut squash? I've been testing how to cook butternut squash in the Instant Pot, and have discovered that the cooking instructions from the top posts on Google are wildly inaccurate.

So I've had to cook squash after squash after squash to nail down the cooking time (I'm testing whole, halved, and chunks) and I'm up to my eyeballs in squash! I've discovered that you can sub butternut squash purée into my favourite Baked Pumpkin Risotto and it's delicious.

We'll likely do butternut squash soup for dinner tonight (this recipe is ancient and has terrible photos but is very delicious) and then I don't know what I'll do with the rest of it!

We kicked things off this week with my favourite thing to do with tomatoes: Semi-Dried Tomatoes! These beauties are sooooo good on pizzas, in salads, or on a piece of toast with ricotta. 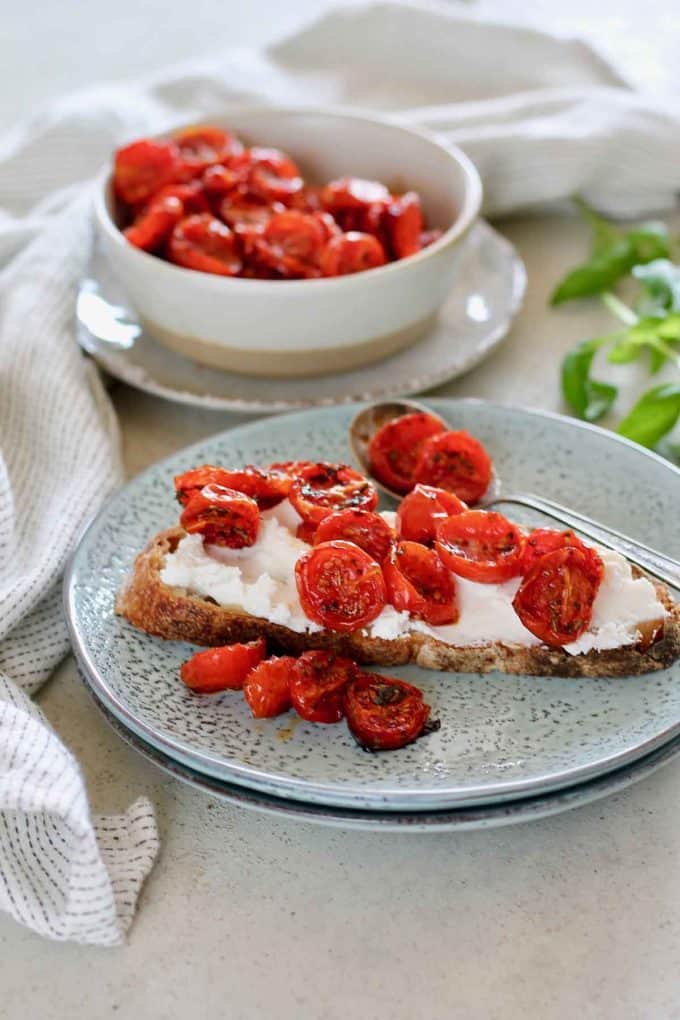 I'm continuing in my series of stupid easy dinner recipes with this super simple Naan Pizza recipe. And yep, you guessed it, we're using those semi-dried tomatoes ???? 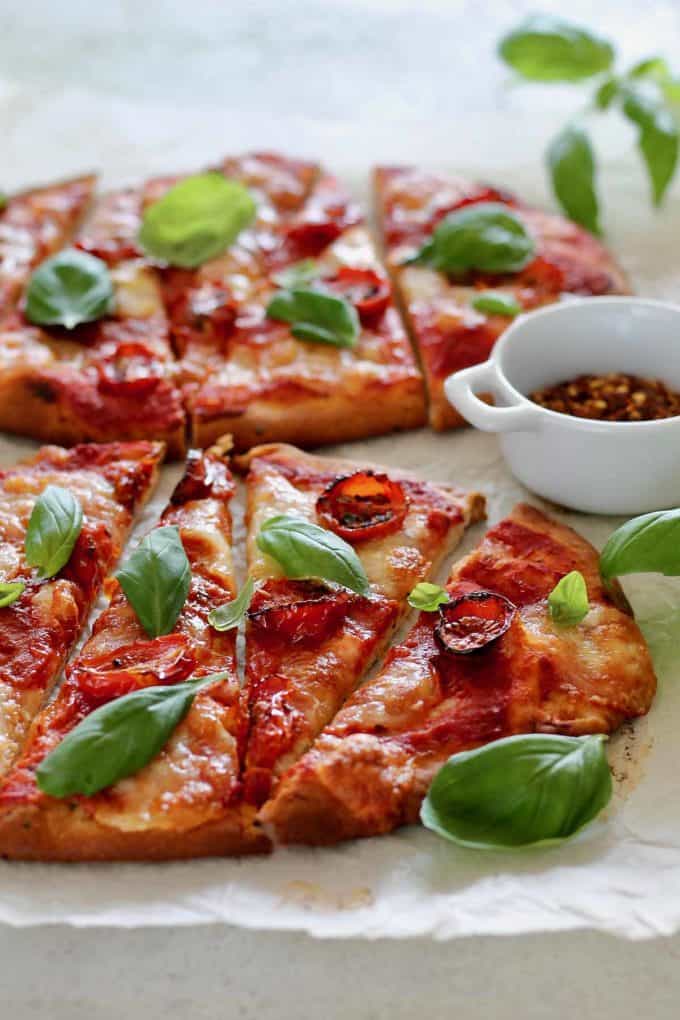 Lastly, since September is in full swing and I think we could all use a little help streamlining our weekdays, I rounded up 16 Vegetarian Breakfast Recipes that you can make ahead. There's some real tasty stuff in there!

3. Turmeric Latte Mix. I'm mixing up a new batch of this for myself, it's so good!

4. Slow Cooker Chickpea Curry. 'Tis the season to fire up your slow cookers!

Gail left this comment and 5-star review on my Maple Apple Granola Recipe:

I have made my favourite granola for over a decade, and I didn’t think this recipe looked very interesting because it’s so simple. BUT…I just harvested all my apples before the bear could, and thought I’d give this a try. It’s fabulous! Makes me think I’m eating apple pie. I tripled the cinnamon, added sesame seeds and pumpkin seeds. SO good! Thank you.

Yes! Glad you got to those apples before the bear did, Gail! 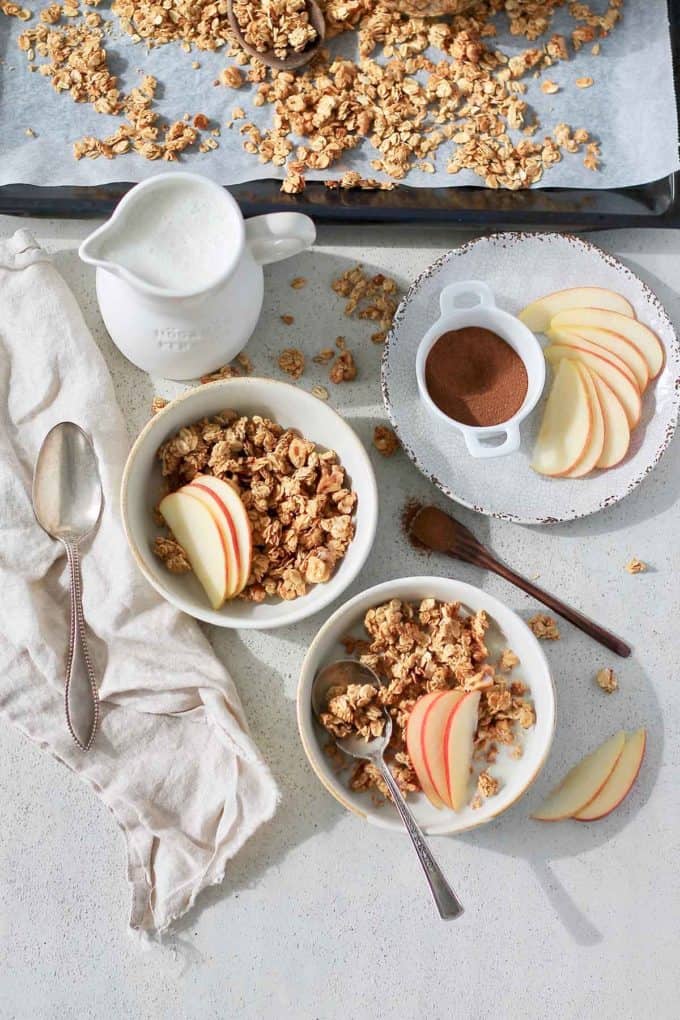 1. Admit why you truly hate the word "moist"

3. A shadowy food industry group is shaping food policy around the world.