So, this past week was World Breastfeeding Week, and as such, my social feeds were filled with posts by women talking about how much they loved breastfeeding. 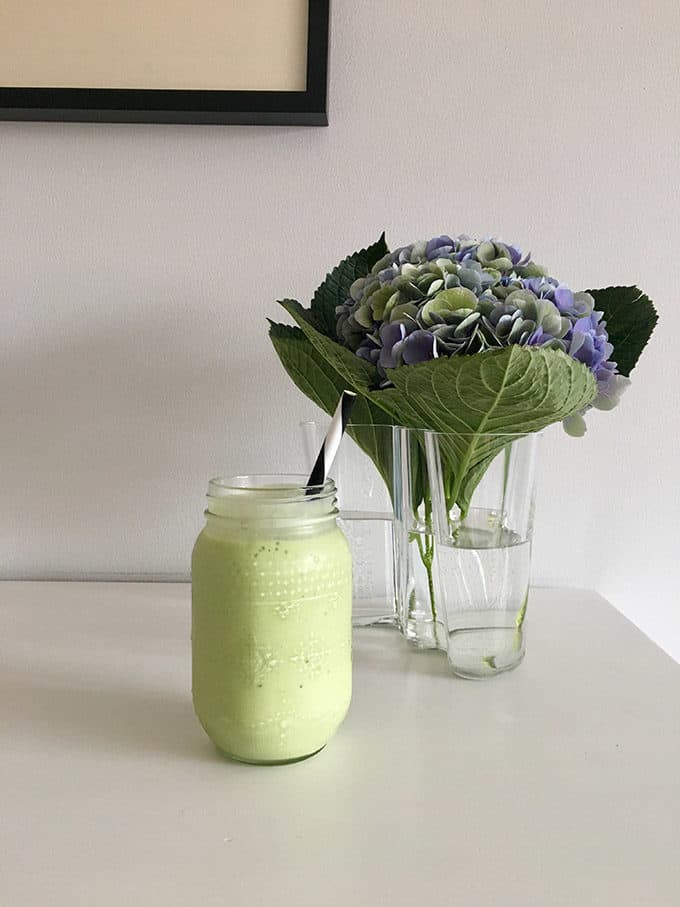 How they nursed their kids until they were 2, 3, and even 4 years old. How they persevered through early struggles with nursing, through low supplies and bad latches and babies not gaining weight only to turn things around and boob feed those kids until they were practically teenagers.

I found this kind of messaging grating because I knew that it would be seen by a lot of people who are struggling or did struggle with breast feeding, and if you read between the lines a lot of what was being said was, “It wasn’t working well but I just tried harder and didn’t give up and eventually it worked. Yay!!”

I found the messaging from women who persevered through low supply issues and babies not gaining weight to be potentially harmful, especially because I’ve seen people struggling with these exact issues who have persisted with trying to breast feed and resisted formula supplementation to the point that their sweet little newborn babies become dangerously dehydrated.

So, I decided to share my own breastfeeding story. If you recall, I wrote this post a while back about how I hate breastfeeding. 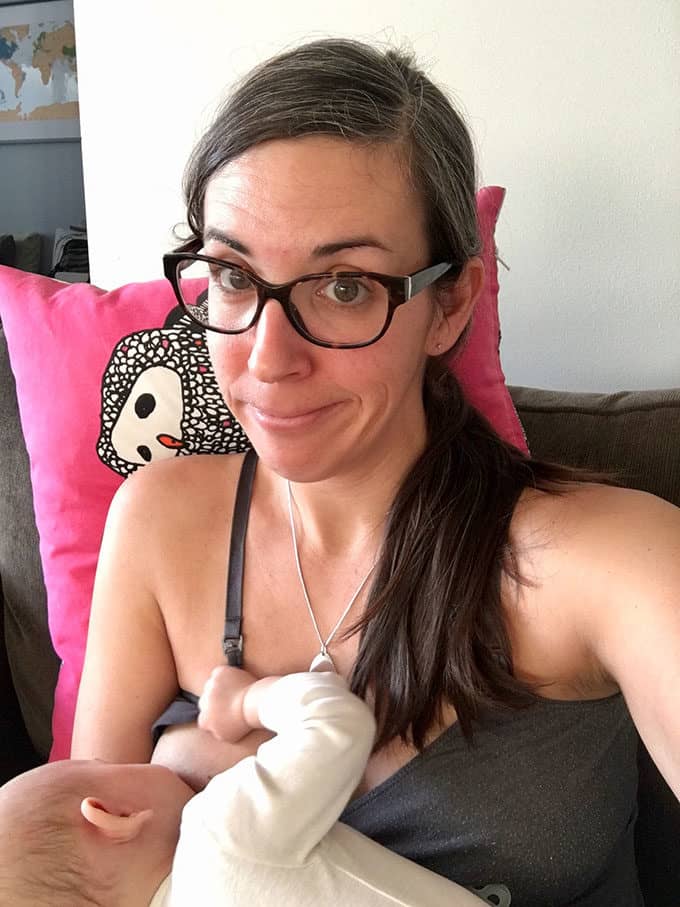 Let’s just clarify: I don’t hate the idea of breastfeeding, and I very much enjoyed nursing my first son for most of the 11 months we continued. But my second child was a royal pain in the ass to feed, and at the same time, the physical sensation of breastfeeding became borderline unbearable to me.

I shared this post on Instagram and on my Facebook page because I wanted to for people who were struggling or who did struggle to feel seen, and to add a different voice to the dialogue that was largely centering around breast is best messaging.

In response to my Facebook post I got the most judgemental, shitty, biased, and uninformed comment from a woman who claimed to have nursed all of her children well into their toddler years, and who worked as a lactation consultant.

She compared formula to feeding my child junk food when I should be giving him fresh fruits and vegetables (this is completely false). She said I shouldn’t have used a pacifier (nipple confusion has been proven to be false, and in fact, some studies show that avoiding pacifier use may lead to increased formula use, not vice versa). 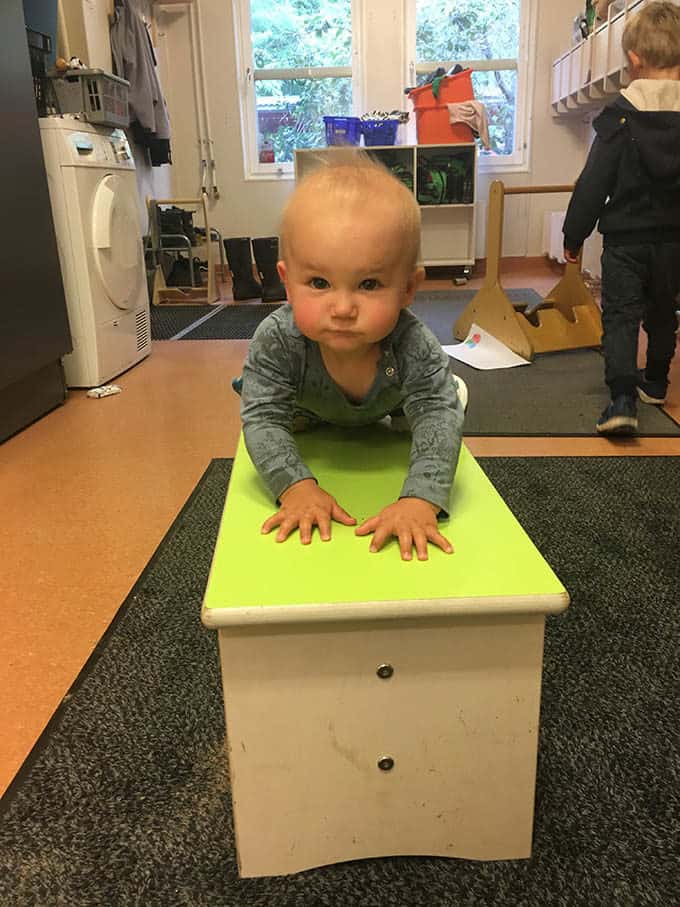 Look at this child! Clearly deprived and malnourished!

She accused me of trying to start a campaign against breastfeeding (um, what? I link to several breastfeeding resources in the article), and best of all, she suggested that I must be struggling with mental health issues if I disliked nursing so intensely that it made me want to scream.

She then went on to leave an even longer and shittier comment on my blog post, which, after careful consideration, I deleted. I don’t make a practice of deleting negative comments on the blog, especially on recipes, because I believe they serve a purpose and people are entitled to their opinions.

However, I ultimately decided that her judgemental, shaming rhetoric had no place on this website, and the last thing I wanted was for someone who is struggling with nursing to land on that post and read her crappy words. Buh-bye.

Besides, I had already taken the time to respond to her on Facebook, and felt that she deserved no more of my energy at this point.

And you know what else happened? I got DOZENS of messages from people thanking me for my post. One woman told me that my original I Hate Breastfeeding post had saved her niece when she was having similar struggles.

Others shared their own stories and how they had felt similarly judged and were so thankful to hear what I had to say. So, if you’re someone who is struggling or did struggle with breastfeeding, I see you. I hope that World Breastfeeding Week wasn’t too tough for you.

You know what? I love bottle feeding my baby. I love the little grunty noises he makes. I love being able to kiss his fuzzy head while I feed him. I love that when he’s jerking around on the bottle and not feeding well that it’s not my body, so I keep my cool and go with it.

It’s ok to nurse your kids well into their toddler years if that’s what works for you. And it’s equally ok to stop nursing whenever you determine it’s right. Keep your eyes on your own boobs, mmkay? 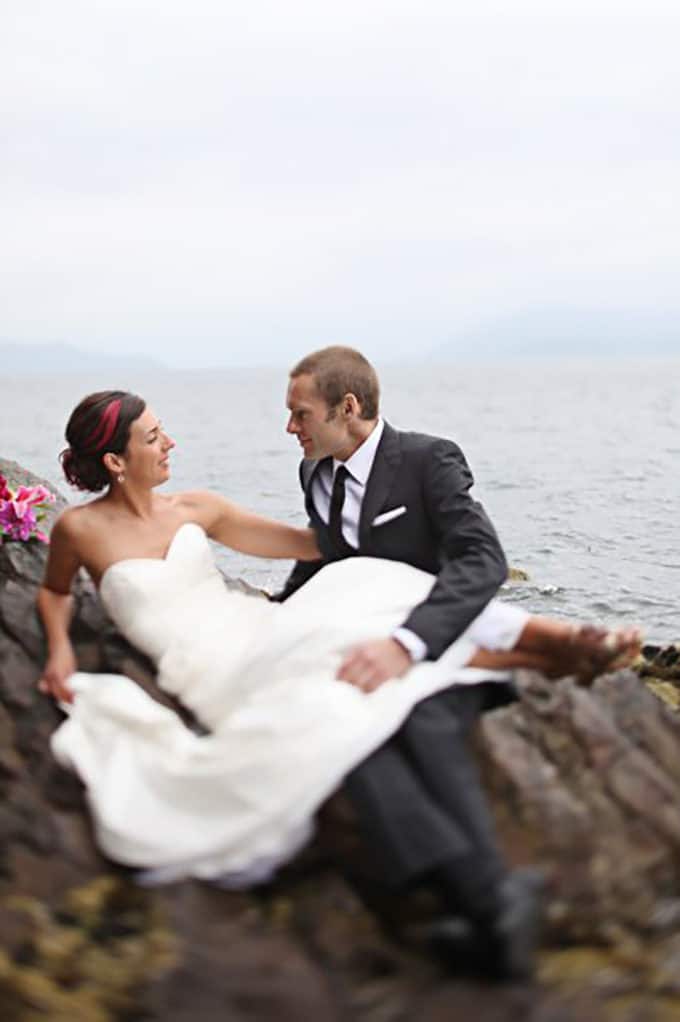 This week Paul and I celebrated our 10th wedding anniversary.

Man oh man, marriage is tough (and anyone who tells you otherwise is a filthy liar) but I feel like we deserve a medal or something for having made it through our 10th year. It was a doozy indeed, with a new baby, a toddler adjusting to said new baby, a construction nightmare that was beyond hellish, financial challenges (freelance life isn’t always so glamorous), and more.

Paul and I lived together for six years before we got married, and to be honest, I didn’t much see the point. It wasn’t until he was hit by a car on his bike and I was in the emergency room making decisions on his behalf as he drifted in and out of consciousness that I strongly felt the desire to be married. Saying I’m his girlfriend as I signed forms didn’t feel like it carried the same weight as I’m his wife would have.

That accident changed things for him too (or maybe it was the head trauma?) because we were engaged within a month. He proposed to me in San Sebastian, Spain, on a mountain view point, as I was eagerly running down the hill away from him to take a picture, and mere days after I’d told him that buying a diamond ring – which he had  hidden in his luggage – was the stupidest thing he could ever do. 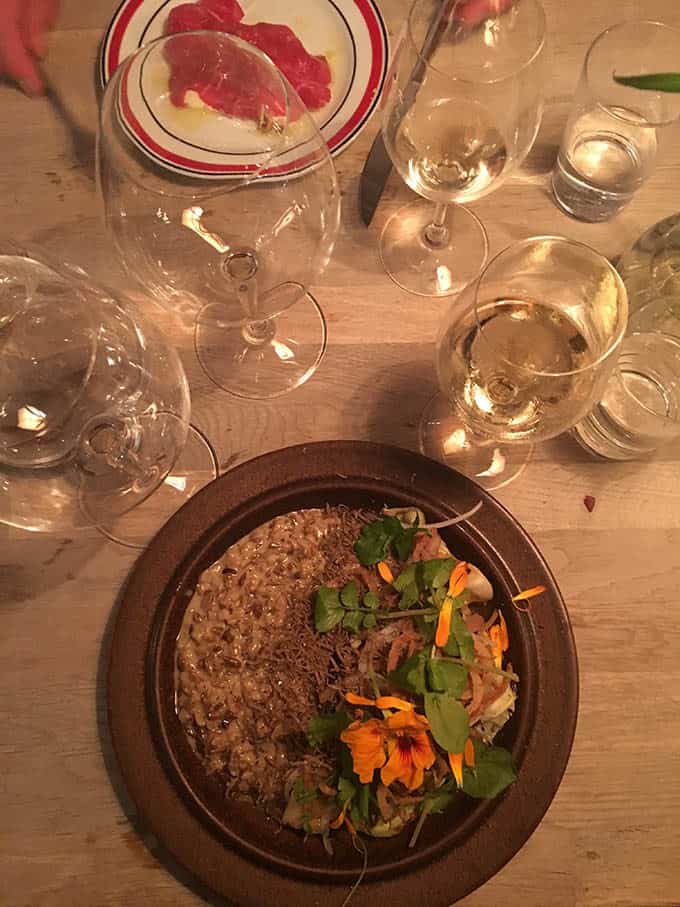 We got married August 8th, 2009, and just a couple of months later he was offered his job in Sweden. He left in January 2010, and I stayed behind in Vancouver because I was finishing my first nutrition degree. Between then and June 2011 I went back and forth between Vancouver and Stockholm, spending six months here, six months there, which put tremendous strain on us.

I can remember a few times looking around our apartment and considering what I could stuff into my backpack and get the hell out, because I was just so done.

You know what kept me there? The presents.

We’d stood in front of 100 people and made promises and those people brought us presents. How could I turn around and tell them I’d given up so quickly when they’d made the effort to come to our wedding and bought us a nice new set of fluffy towels?

I once learned in a sociology class that there’s a correlation between the value of wedding gifts a couple receives and the probability that their marriage will succeed. It makes sense though, you’re more willing to buy a nice gift for a couple that you believe in, and would rally for.

And, I mean, they were really nice towels!

Over the past 10 years we’ve moved to a new country and learned a new language. I finished two degrees. We bought our first home, and then our second. We had two children. I started this blog. I clawed my way into a new industry here in Stockholm, and then took the leap to self employment.

We’ve travelled to dozens of countries, and thrown dozens of parties. We’ve cooked a hell of a lot of good food together. There’ve been good times and really freaking tough times. But it has never, ever been boring. 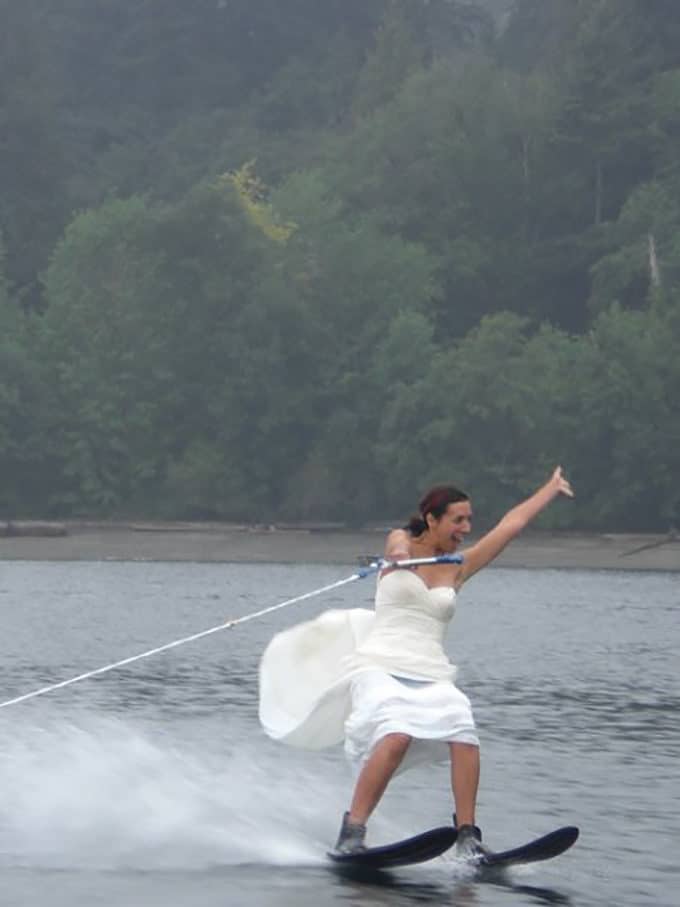 We kicked the week off with a creamy, cool, and refreshing Greek Cucumber Salad! This beauty is made with a yogurt dill dressing that’s made right in the same bowl, so clean up is a breeze. 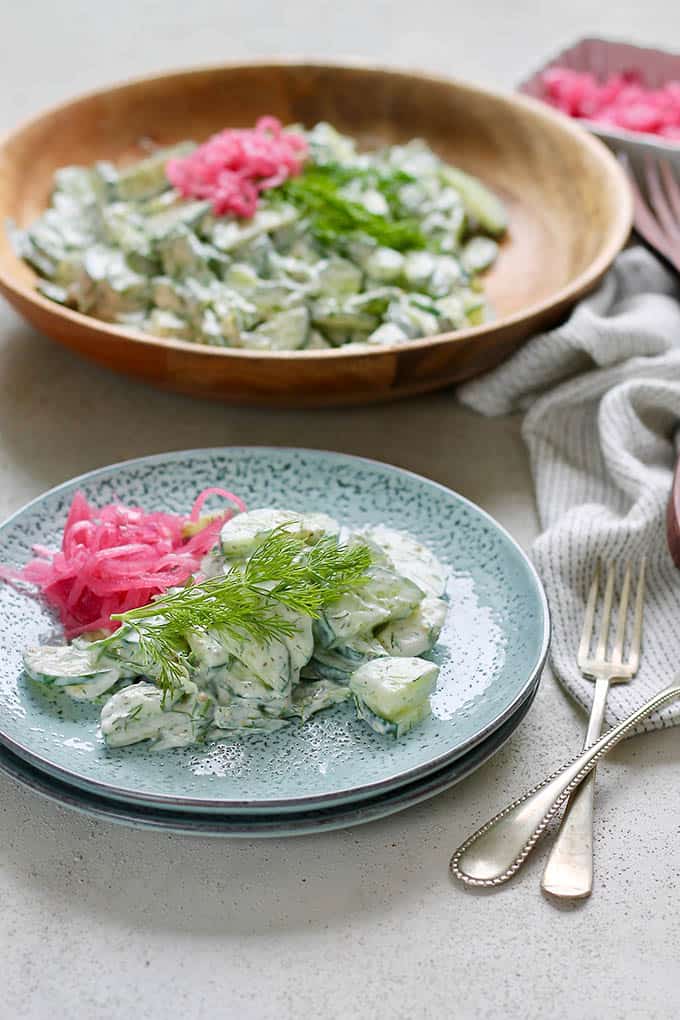 Next up, since lunch packing season is right around the corner, I shared 10 Lunch Packing Tips for Healthy and Tasty Lunches. From the best containers for lunch packing to planning your lunches for the week and bulk prepping on the weekend, this post has got it all! 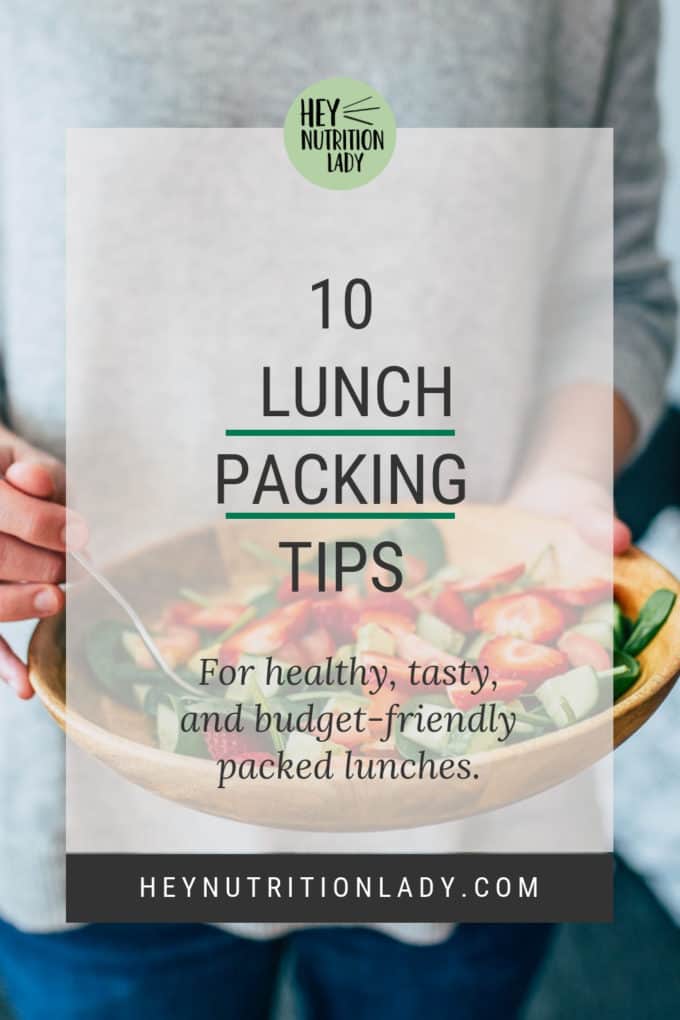 And last but not least, we’re talking all about how to make Tempeh Bacon, plus whipping up some easy and delicious Tempeh Bacon BLT Sandwiches, which, yes, are perfect for packed lunches! 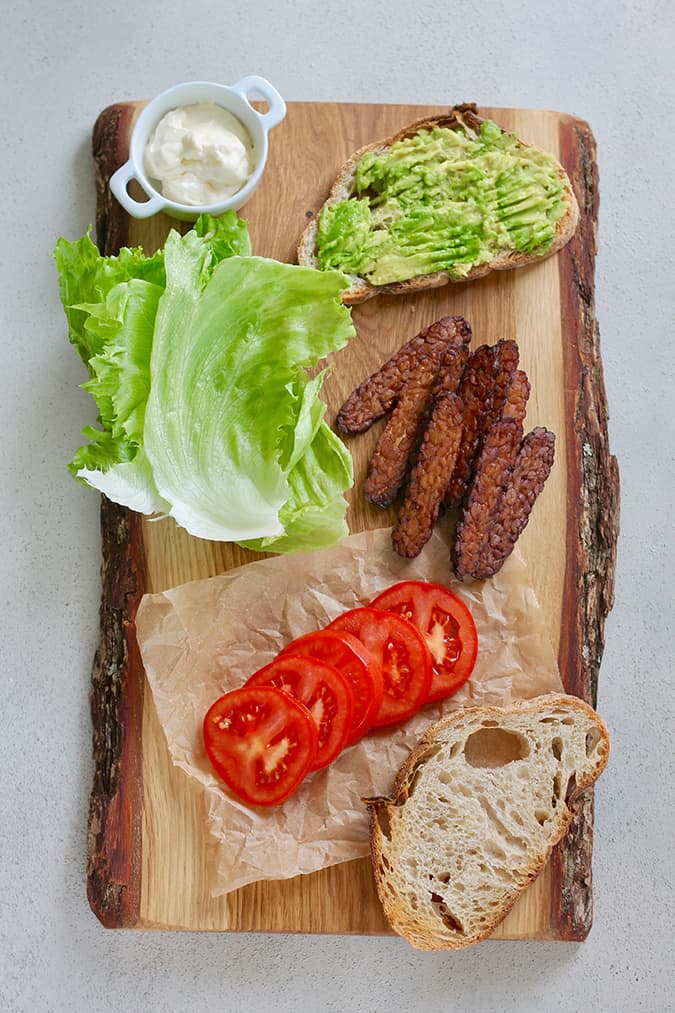 1. Turmeric Latte Mix. This stuff is so good, folks!

3. Carrot Apple Smoothie with Ginger. This one packs some zing!

4. Slow Cooker Chickpea Curry. No need to stand stirring over the stove when it’s hot outside!

2. No, that extra cupcake isn’t going to cause diabetes.

3. It looks like sesame allergy is a lot more common than we once thought.

4. We must change food production to save the world.

5. “Food is Love”: Remembering Nora Ephron and Julie and Julia (can you believe it’s been 10 years?!)