One of the things that I think only other immigrants or long term expats understand is the confusing emotion of being home and homesick simultaneously.

It's so nice to be sleeping in my own bed and cooking in my own kitchen and getting back into my routines again, and yet, my heart aches for my home of origin.

You know that thing where you unpack from a trip and everything still smells like the place where you were? All of our stuff smells like perfectly brackish water and sunscreen and pine needles and dirt, and I keep burying my face into it and inhaling as deeply as I can because I know it's only a matter of time until it fades away.

After having the summer of his life running wild with his cousins, Niko was devastated to learn his friends weren't waiting for him here when we got home. It's been an adjustment to be back in a smaller space, too. All summer he's been playing outside, and now being back in an apartment I think he's feeling the walls of this place, especially when he's stuck inside with me while his brother naps.

When we were in Canada we let Niko pee in the bushes, and the other day he told me he had to pee and then casually headed out the front door of our apartment and told me he was going to pee outside. I had to remind him that we don't do that here, and the look of disappointment on his face was kind of crushing.

So, it's good to be back, and it's sad to be back. Our hearts are confused.

Luckily, though, everyone's brains seem to be adjusting to the time change after 3 somewhat rough nights of jet lag. I try so hard to be patient with the kids in the early days since I know they didn't ask to be taken across 9 time zones, but man was I glad that everyone slept through the night last night.

I gave Niko these kid's melatonin gummies, which, on the way over seemed like nothing short of magic, but were less successful for us on the way home. He did sleep through the night on the 3rd night other than a brief wakeup where he needed help finding his Blanks (what we call his blankie - I spend so much time looking for that damn thing) so it was definitely still faster than previous rounds of jet lag, but not quite as fast as when we headed out west in June.

The morning that I left for Canada my contractor was in the house, and I grabbed him and told him that if the bathrooms weren't done by the time we got back six weeks later that I was going to kill him. Literally murder his face.

He laughed good naturedly because he knows that a) I am not a murderer, and b) he's like 7 feet tall and gigantic and whatever murdering efforts I may have attempted would likely have just pinged off of him without causing any damage. I really must work on that.

He still needs to come back and add some finishing touches that he didn't want to do without consulting with me. It's things like the placement of shelves in the small bathroom, where the towel rack should go in the big bathroom, and adding silicon around the newly installed counter top.

A mere 8 months of construction later, 6 of them without a shower, bath, or laundry, we are done.

We do have another week coming up where the plumbing will be shut off in the entire building as the pipes beneath the house are relined. It'll be 4-5 days of pooping in a bucket, showering at the pool, and schlepping our grey water to the storm drain out back, which is annoying, but not unliveable.

I'm debating whether I should take the boys and get out of town that week, but I'm not entirely sure where we'd go or whether that would be more trouble than it's worth.

I also found out, upon our return to Stockholm, that we'd managed to skip over one of these no-plumbing weeks in early July. Had we travelled on our planned date of July 5th we'd have had 5 days of no plumbing right up until when we left. I'm so, so glad we missed that!

My maternity leave, as it were, is coming to an end soon, and inside I've been kind of freaking out about it. We had planned to switch over, with Paul starting his parental leave on September 1st, at which point Odin would be 10.5 months old.

When I was on mat leave with Niko, I went back to work the week after his 1st birthday, so something about 10.5 months felt so premature to me, like he's too little a baby for me to leave behind.

I know that the vast majority of my readers are in the US where maternity leave is atrocious, if it exists at all. I know how good we've got it here. And I know that I'd be leaving my baby at home with his father, an important bonding time for them both.

Still, I had a lot of anxiety when thinking about that September 1st deadline. Part of it is probably due to the fact that I've been working through my entire mat leave this time, whereas with Niko I was more than ready to go back and have my brain stimulated by the one year mark.

The other part of it is that I'm self-employed and am not quite sure what the next quarter looks like for me in terms of projects I have lined up, and feel like I need a bit more time to get my ducks in a row.

So when Paul expressed some anxiety of his own, related to important work stuff he was committed to seeing through in September, I casually suggested that we might push his leave back to October instead.

Instantly he was like, omg that would be amazing, are you really okay with that? Yes! I'm more than ok with it!

So I've bought myself another month. Phew! Hopefully by the time October rolls around I'll be feeling more ready to make the switch, and will be well-organized with my Q4 contracts.

First up I shared this delicious Vegetarian Tortellini Pasta Salad, which is one of my favourite things to make with late summer produce. Tomatoes! Green beans! So much goodness! 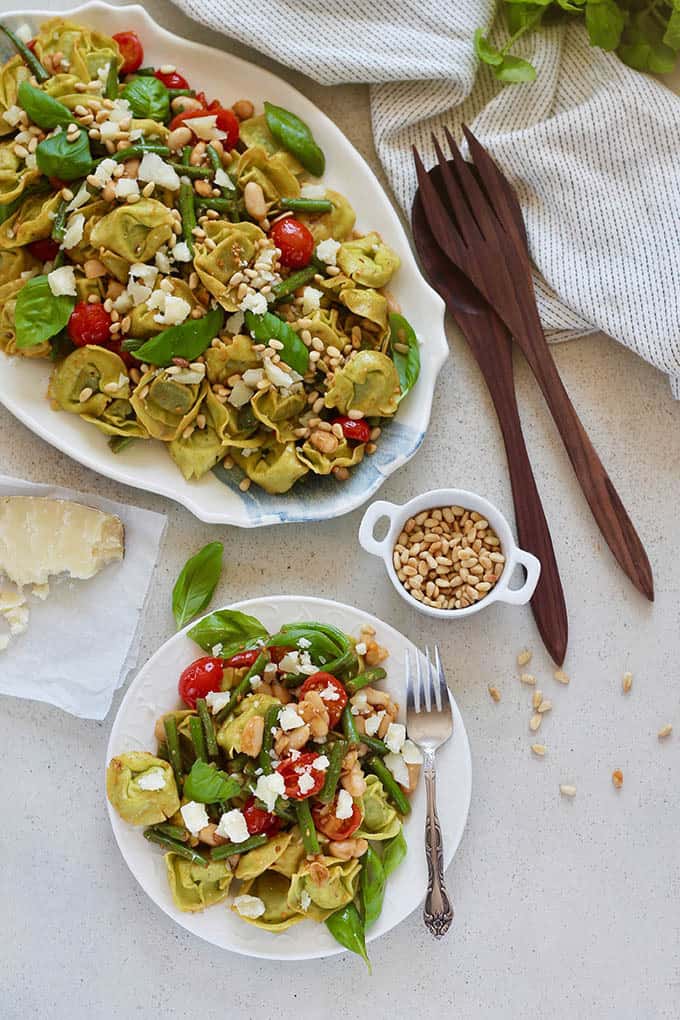 Then I shared a Healthy Fudgesicle Recipe with an unusual ingredient... beans! Yup, I put beans in my smoothies and beans in my fudgesicles. Is there anything I won't put beans in?! ???? 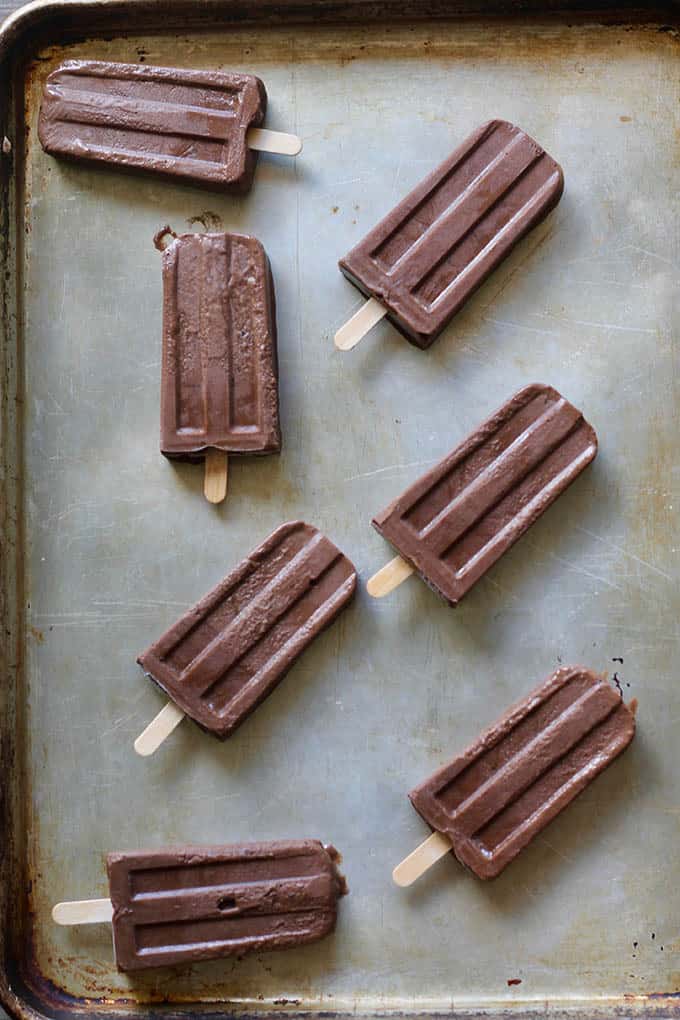 1. Turmeric Latte Mix. Woah, hello, shot up to the top this week!

2. 20 Vegetarian Lunch Ideas. This post is getting a face lift and some fresh content soon, but it's been on fire lately!

4. Is Popcorn Healthy? I am eating popcorn as I type this!

5. Slow Cooker Chickpea Curry. Because it's too hot to turn on your ovens?!

1. How to deal with food cravings when you have PMS.

2. Is ginger the new turmeric?

3.Food of the future may need to be more sustainable, nutritious and biodiverse—but none of that will appeal if it doesn’t taste good. Deliciousness is what matters most.

5. The magical wonder of dried chickpeas.