Since we’ve been in Canada I’ve been reading books to my kids from the extensive library of childhood books my parents saved. Among them is the original Curious George book, which I’ve surely read before, but not in recent times.

You guys, what the heck?! The man in the yellow hat is such an asshole! They position him as this kindly hat-wearing man who adopts a trouble-making monkey, but in actual fact he tricks George, throws him in a sack, and kidnaps him from his jungle home.

What about George’s family? What if the monkey didn’t want to leave the jungle? I’m glad he caused so much trouble for that ass-hat in the yellow hat. 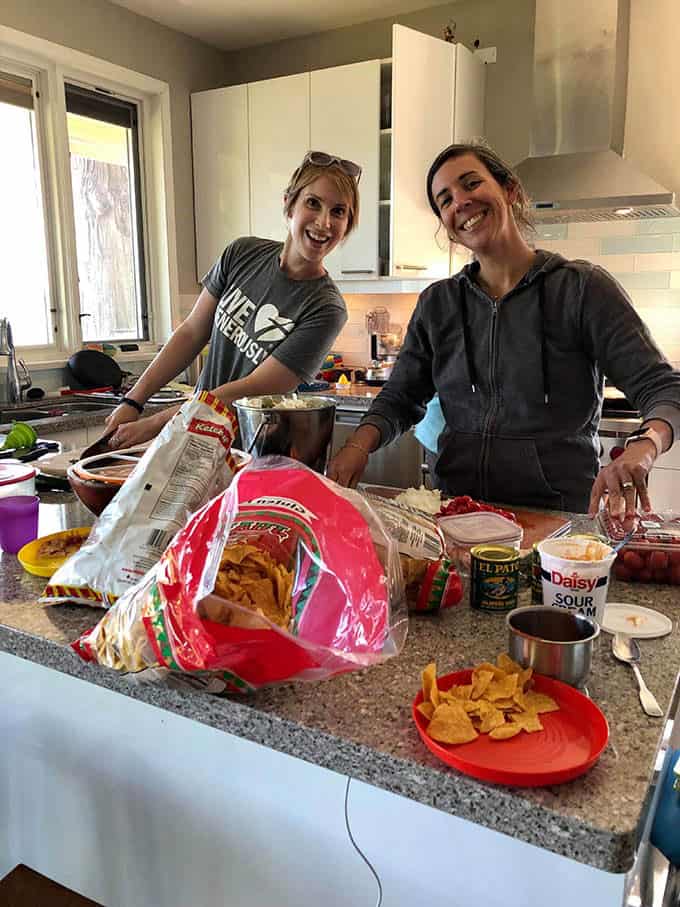 Sustainable Cooks and Hey Nutrition Lady in the kitchen together!!!

So this week was pretty major, because it started with Sarah from Sustainable Cooks and her family driving up from Seattle to stay with us in Canada. She drove up for a whirlwind visit in December, which was the first time we’d met IRL, and having confirmed that she wasn’t being catfished and that we’re not a family of murderous plaid-wearing lumberjacks, she determined it was safe to bring her husband and kids this time.

Sarah and I met a little over a year ago in a Facebook group for food bloggers. Yes, that’s a thing. We’re THAT cool.

I’m more of a lurker than a contributor in this group, but Sarah was posting a lot and it seemed like we had an awful lot in common. We’d both been blogging since 2010, both recently rebranded our sites, both been through SEO audits and were in the painful process of fixing eight years worth of mistakes (I’m still not done!), and we we’re both mom’s to small boys. In fact, our three-year-olds were born only a month apart.

I’d been feeling for a while that Sarah was someone I should probably connect with, so I internet stalked her and poked around on her site to learn more about her. There, I saw her profile photo, in which I saw a seemingly 25-year-old girl (she’s 37) holding a chicken, learned that she’s an active member of her church (I’ve never been in a church other than for weddings or funerals) and that (gasp!) she doesn’t drink. 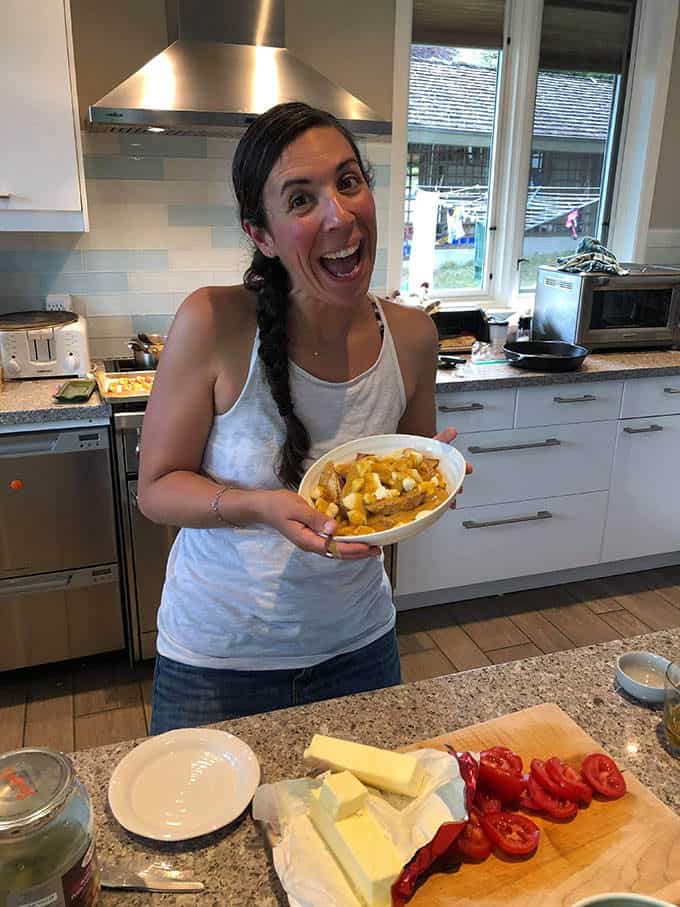 Making some poutine for my homegirl Sarah

But still, I felt called to connect with her, and so I did. I asked her if she wanted an accountability partner for working through the enormous list of things to do and fix I know we both had, and she said sure thing.

The kind of friend you’d smuggle a brick of butter across international boarders for. The kind of friend who texts to ask if you want her to bring you the BEST mechanical pencil. Who would turn down an offer like that?!

The last time Sarah came to visit I was mega jet-lagged and had a very tiny baby who fed around the clock, so we didn’t do much. This time, even with kids in tow, we packed in a lot of stuff! 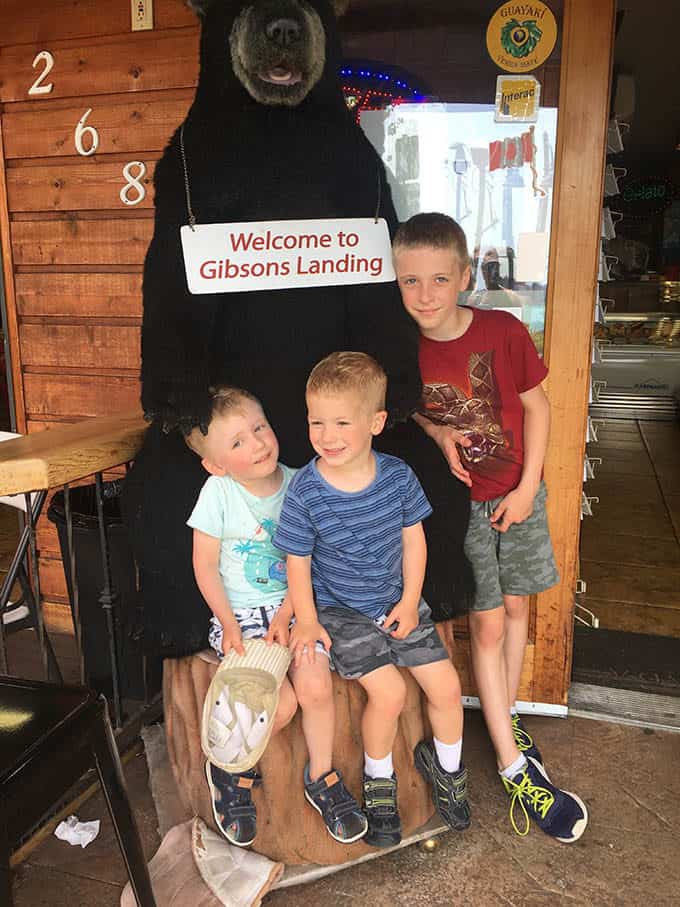 Sarah brought a batch of her Buffalo Hummus and ohhhhhmg that shit is delicious. In exchange I promised to make her some poutine, which I did with a batch of my Crispy Potato Wedges topped with authentic Canadian cheese curds and drenched in my Amazing Vegan Gravy.

She did an audit of my mother’s (very scary) stand-up freezer, and having separated the frighteningly-old frozen berries from the more current frozen berries, she made a version of her Gluten-Free Crisp for dessert that was damn delicious.

We made a fridge clean-out frittata that was kind of similar to this one, and Sarah’s husband Troy made his famous burgers for a crowd of people.

We also fed our kids an inappropriate amount of ice cream, went for boat rides, tractor rides, and set up the bouncy castle for the kids. Our three-year-olds bonded over peeing on rocks together, as they do.

It was a good time, and I’m already looking forward to our next visit! 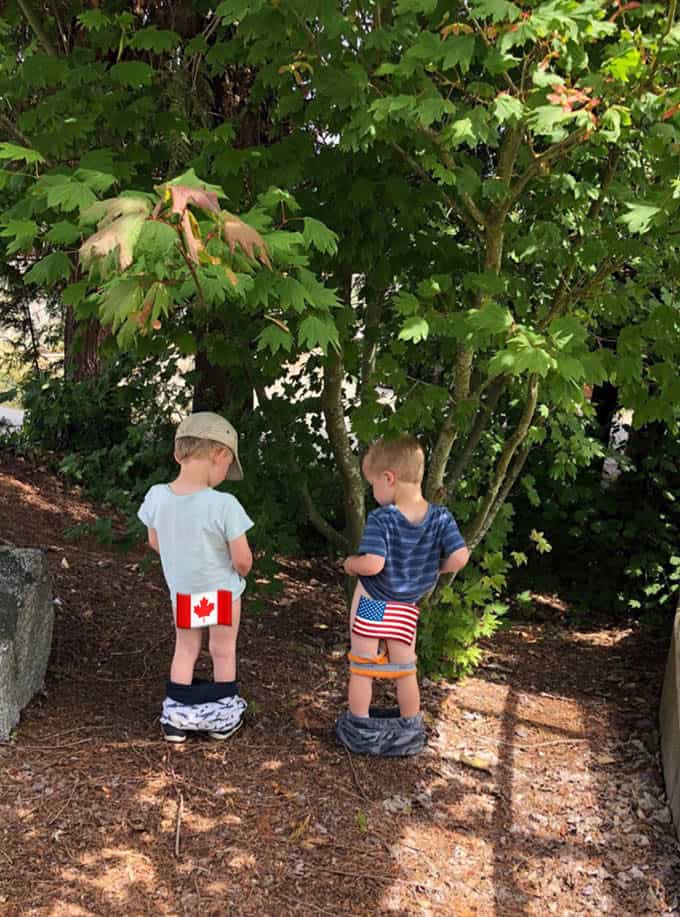 Later in the week we borrowed a vehicle from Paul’s parents and drove into the Oakanagan to stay with an old friend of Paul’s. We also went there last year with only one kid, and they were brave enough to open up their home to us again this year with two!

The big boys (Paul, his friend Kris, and Niko) got in a few sessions of wake surfing (Niko as an observer only this year), which they seem to love.

The ladies managed to get in a couple of stand up paddle board sessions and hit a couple of local wineries. I have a thing about drinking only BC wine when I’m back home in the summers since we can’t get it in Sweden, so a weekend spent in the heart of BC wine country is never a bad thing!

All in all it was a bit of a whirlwind, but good times were had by all. 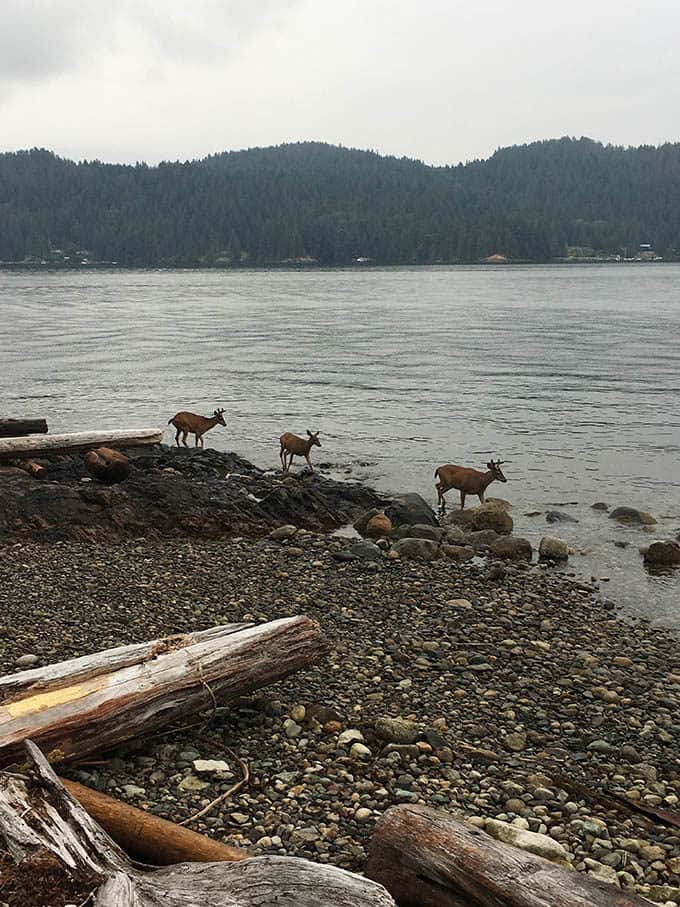 This week I updated and republished my recipe for Chipotle Black Bean Burgers. I’ve been dyyyyyying to share this recipe because they’re so damn tasty but also because I’m so happy (for once) with how the photos turned out.

Plus, if you made those Spicy Pickled Onions from last week, now you’ve got something to put them on! 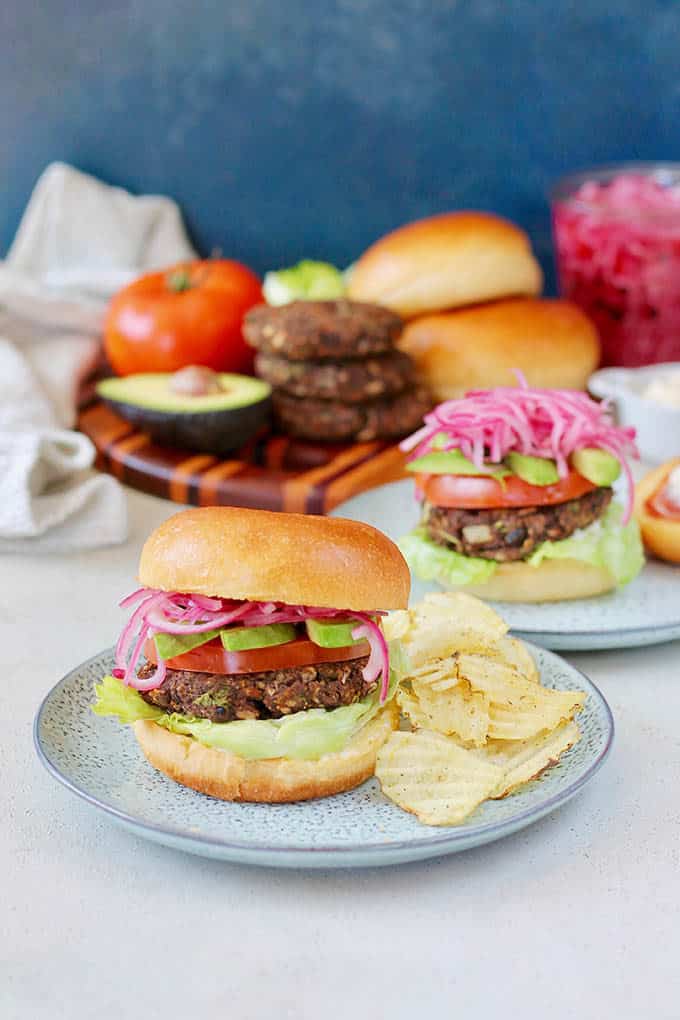 Have you ever tried tempeh? It *can* be a bit of an acquired taste, but I find that in most cases people who don’t like tempeh haven’t prepared it correctly. I rounded up 7 easy and delicious Vegan Tempeh Recipes to get you started! 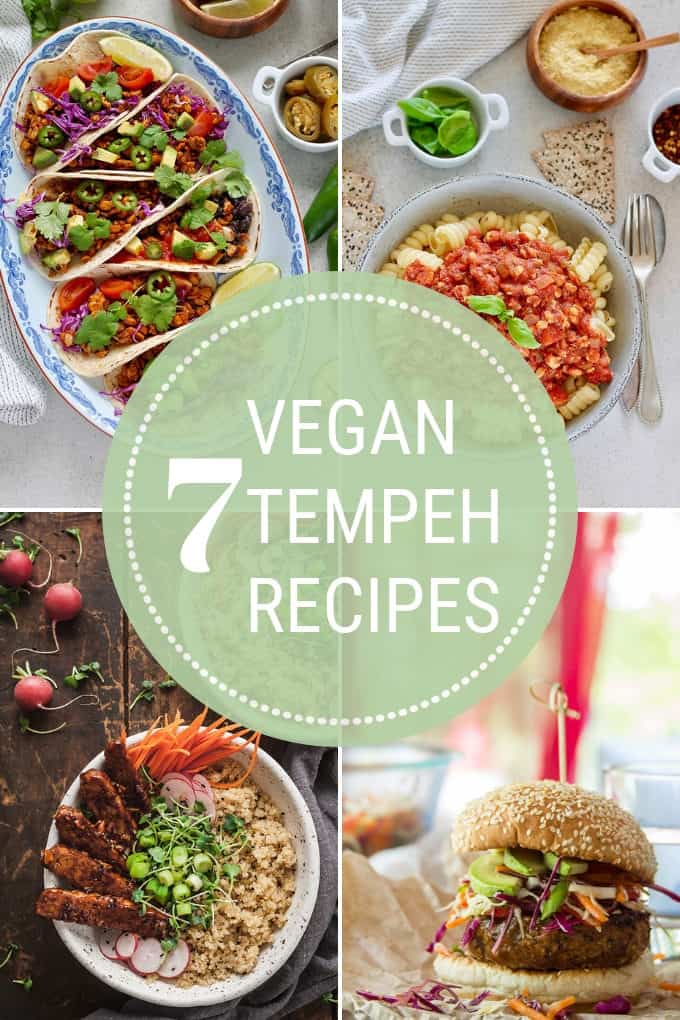 2. Is Popcorn Healthy? The timeless question…

1. Would you eat genetically modified salmon?

2. The problem with the new generation of plant-based burgers.

5. Fat is not the problem. Fat stigma is.

As an Amazon affiliate, I earn from qualifying purchases.