I had my first mammogram this week! Man, they really squish the ladies in there. Naturally, Odin flat out refused to nurse before my appointment, so I had full, leaky boobs when I went in. That was fun!

This was a routine screening mammogram (they schedule them basically the second you turn 40 here) but as there is breast cancer in my family I’m happy to have started screening right away. 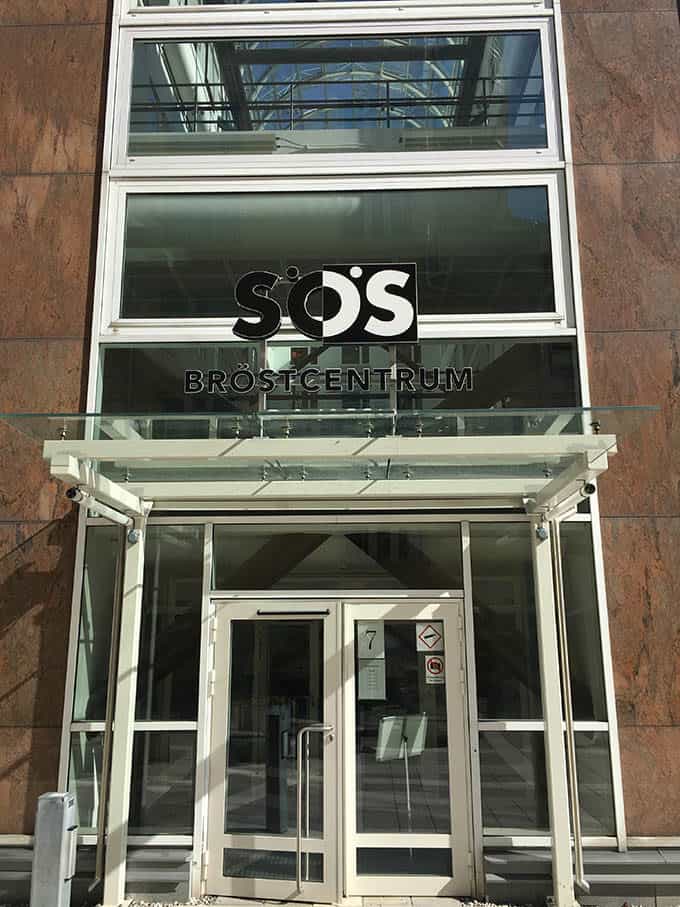 I think that when I look back on this year of my life the word I’d use to describe it is frantic.

A few years ago I was at the magnificent children’s library in Stockholm, when Niko was maybe 6 months old. He was perhaps crawling and perhaps not. Another English-speaking mom was there with her toddler, who was climbing the walls, while she was visibly pregnant with her second child. She was chasing after the toddler constantly, calling his name and trying to wrangle him. With wide eyes I asked her how old he was. She told me he was two and then looked me in the eye and said, “this is your future!”

Fast forward a couple of years to when when I was pregnant with Odin, and chasing after a highly mobile Niko. I saw this same woman in our local shopping centre, this time running after her older son on a scooter while wearing the small baby in a baby carrier. And I thought, omg that’s my future.

We seem to live in the same neighbourhood as I’ve seen her a few times this winter, both of us pushing double strollers through the snow and giving the other’s Canada mittens the side eye as we walked past each other. Clearly both Canadian, but clearly both have lived in Stockholm long enough that we’ve adopted the requisite skittishness about strangers.

This week I saw her at the park while I was running after Niko on a bike while wearing Odin in the baby carrier, and you know what she was doing? Calmly chatting with her older kid while they pushed the smaller one together on the swings. IS THIS MY FUTURE?!

When I saw her a second day in a row at the playground I decided to dig deep for my Canadian roots. I went over and said, “Hi, this is going to sound crazy and stalkerish, but I think you’re my future…” and told her this story. She laughed and looked me in the eye and said, “It gets worse!” 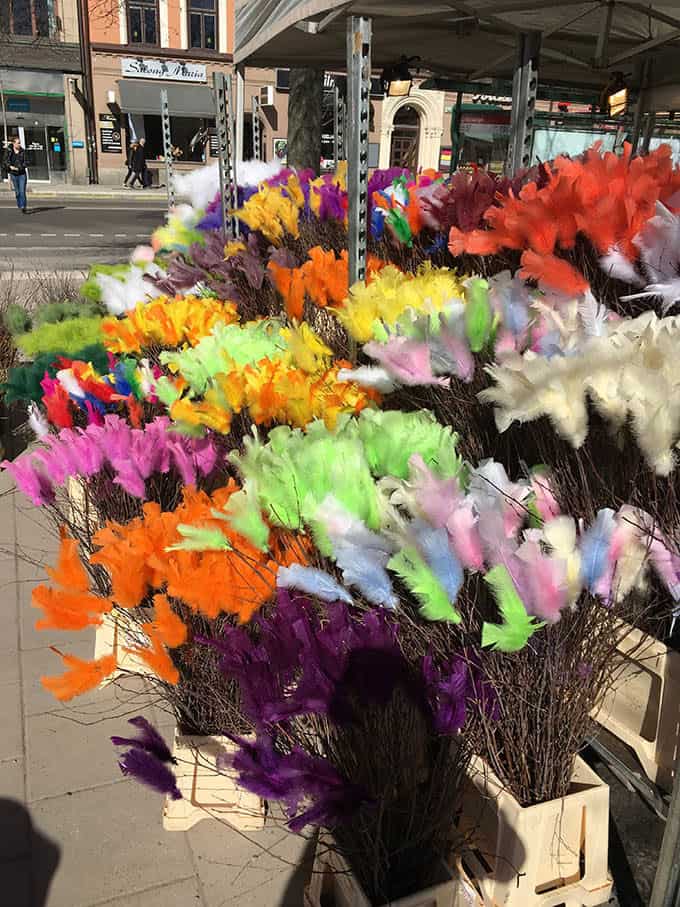 So, as you know a couple of weeks ago the <ahem> gentlemen* who are doing the repair on the pipes came in to smash out the small bathroom and then were like oohhhhhhh I guess we can access the pipes we need from the big bathroom after all. Then they went away for 2 weeks and we heard nothing. Last Monday I sent a tersely worded email to the project manager with the board for our building on copy and although no one responded to that email, the head contractor just so happened to turn up at our place a couple of hours later.

He came in with some other dude, other dude takes a look at the gaping hole in our bathroom floor and is like, “oh yeah, you just need to do this and get that kind of a pipe”

So head contractor dude says, ok! Get it! Let’s do this! And then turns around to leave.

I was like, hi! Homeowner here! Can we talk?! Are you smashing out the small bathroom? And he said, oh. No. We don’t need to do it after all. Oh, and by the way, that sketch you sent me of your new bathroom two months ago and I never responded to? Yeah, you can’t move your shower and you can’t move your washing machine. And in the small bathroom let’s just do a simple renovation and put the new tile on top of the old tile to save time.

To get some clarity (and to vent), I called the contractor who did our kitchen renovation and asked him if tile on tile is a terrible idea, and he said of course it’s a terrible idea!

Then he said these magical words: “Do you want me to just do your bathroom?”

YES. THAT IS EXACTLY WHAT I WANT.

So over the last week I’ve been in the process of firing the one company, which is complicated because they have been contracted by the building to do the pipe repair, and handing it over to the wonderful, reliable, talented contractor who built our kitchen.

I’ve been told that the plumber will be in this Wednesday, and that our new contractor can start working on Thursday. Our contractor has a kitchen renovation booked to start early May, so our bathroom HAS to be done by the 3rd of May. Which is exactly FIVE MONTHS since they first tore out our bathroom. God willing we will have a bathroom by then.

We’re also going to have him do the small bathroom at our own expense (so they match, better resale value, etc), but there won’t be any tile on tile. Jesus H. 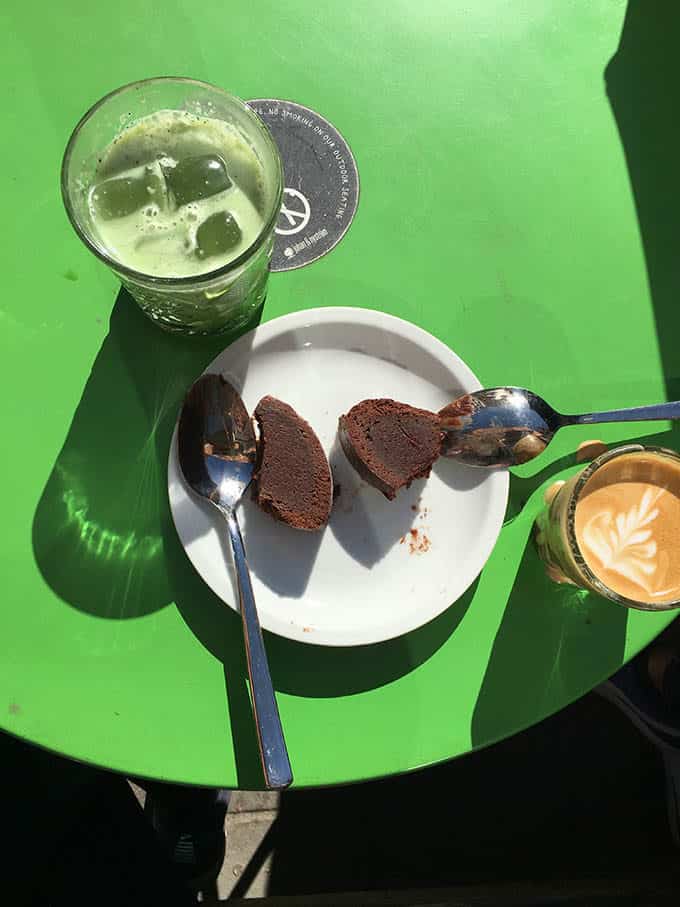 A bit of a quiet week here on HNL (see: frantic) so just one recipe got shared. But a super good one!

Healthy Cauliflower Soup! This vegetarian soup recipe uses yogurt instead of cream for a light and tangy finish. Green peas add plenty of protein, and mint and lemon add bright and fresh flavour. Quick, easy, and freezer-friendly!  {Pin this} 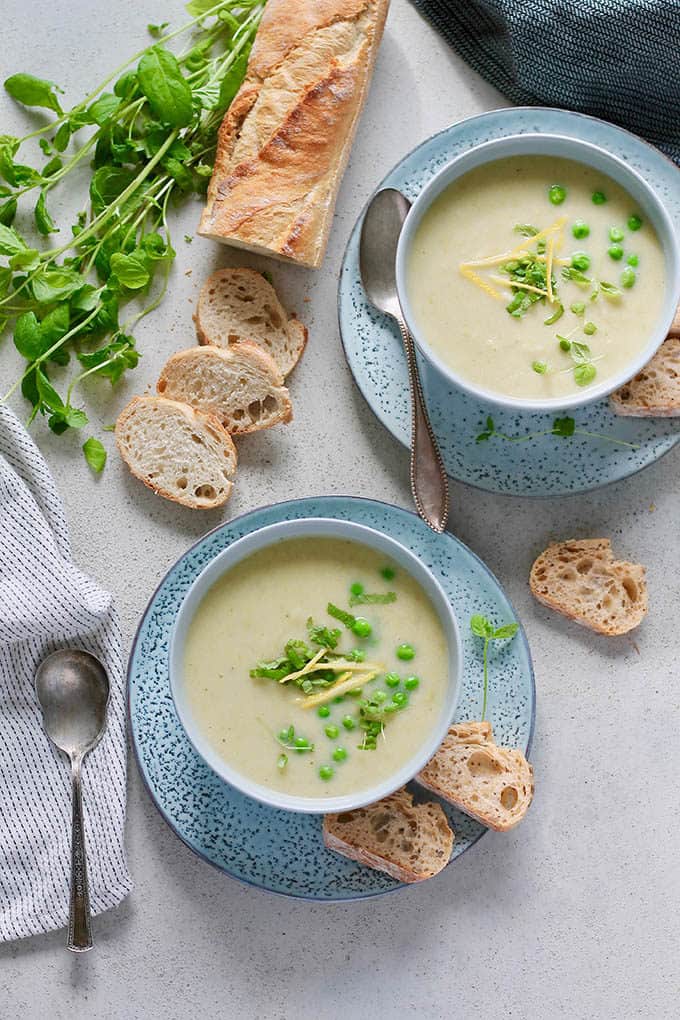 3. Tempeh Tacos. That’s Tah-cos, in case you were wondering. {Pin this}

4. Tempeh Bolognese. Tempeh is on fire this week! {Pin this}

5. 37 Vegetarian Freezer Meals. Freezer meals for the win! {Pin this}

1. Eat your veggies: Study finds poor diets linked to one in five deaths.

2. Friendly reminder, there is no magic bullet: A well-balanced diet can help keep you healthy, but no single food will lower your blood pressure.

4. This article could be about my husband: The people who eat the same meal every day.

5. Very cool story: She finds clues to the future of sustainability in old food webs.