We watched the National Geographic documentary Free Solo last weekend, which is about this legitimately insane dude who does a free solo climb (all alone, no ropes or support) of the face of El Capitan in Yosemite National Park. That's 900m / 3000 feet of vertical climbing with no rope. I had legit chest pains for the final 20 minutes of the film, in which he does the climb (spoiler: he makes it) and was screaming, "WHY ARE YOU DOING THIS??? NO ONE IS CHASING YOU!!!" at the TV.

Like, for real, if he was being chased by bad guys and it was a matter of life and death, then fine. But for fun? Eff. No. They did brain scans on this guy and when he was looking at supposedly stressful stimuli, there was no activity in his amygdala compared to a control subject. Like, it didn't light up at all. Basically, he had no fear. 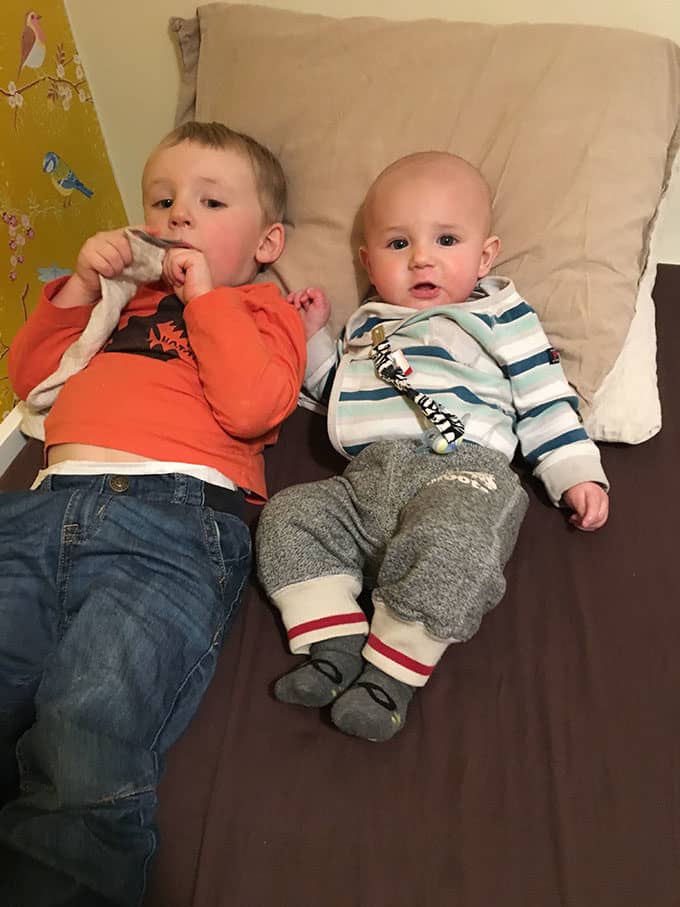 I've had Niko home on Wednesdays for the past six weeks due to a rule change with how much daycare time you get if there is a parent on parental leave, so we've been doing an adventure day where I pack up the boys and we head to a museum or something for the better part of the day. This past week it was snowing this awful wet slush snow, so we decided to take the train out the Mall of Scandinavia, which is this magical other-worldly place I'm kind of obsessed with.

There is a great kids play room (that's totally free!), a baby room with diaper changing stations and comfy sofas for breastfeeding, lots of stroller-friendly restaurants and cafés, and best of all, the Lego store has a TON of lego out for kids to play with. It's a great place to kill an afternoon.

Niko had some birthday money to spend (thanks uncle Keith!), so we scoped out all of the toy stores, then went for lunch and talked about what we'd seen before he went back to make his selection. He was so proud to choose the toy (a Spider Man car that I did NOT realize made noise - why are there not warning labels on toy boxes?!) and pay for it himself. Many stores in Sweden are completely cashless and I was prepared to pull the cashier aside and ask them to pretend to take the cash, but luckily that particular store took cash.

While we were at the mall I got a matcha latte from a big chain coffee shop (rhymes with Schmarbucks) and it was so meh, and I was reminded that I'm almost always disappointed when I get one out somewhere. I'll stick to making my own at home. Related: How to Make a Matcha Latte. 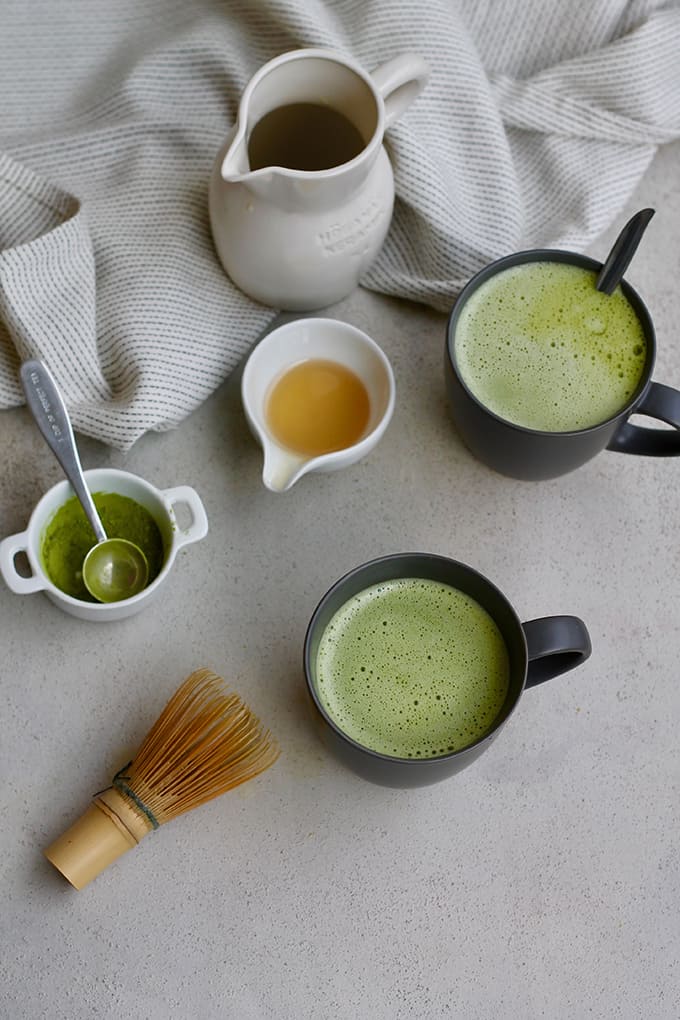 Speaking of trying new things, I tried a new granola recipe last week and it was just ok. Good taste, but soooooooo sweet that I can't even handle it. Also turns out that peanut butter granola tastes super weird with plain yoghurt, so yeah, I'm mixing up a double batch of my favourite Coconut Banana Granola recipe as we speak.

Anyways, I've taken on a small work contract that means I'll be working about 50%, and so have decided to change Niko's daycare hours from 4 long days to 5 short days... and now I'm feeling all the feels about taking away that Wednesday fun day. I honestly don't think he'll notice, but, you know. Mom guilt is real.

Since I'm committing to more work, I've started looking for a babysitter to take Odin for a couple of hours during the day. He reliably naps for a good chunk in the morning, so I want someone to come around the time he wakes up, entertain him for a bit, and then when it's time for the next nap I'll take over again. I figure it'll buy me a 4-ish hour stretch of work on the days we do that.

I interviewed one babysitter and although she seemed great with Odin, there were several small things that rubbed me the wrong way. Most of them were very minor Seinfield-ish things, though. For example, both times she came over she wore a hoodie with the hood pulled up tightly around her head, so I never saw her hair. Not once! Not exactly a deal breaker, but a bit strange if you ask me.

It also struck me that her ambition level was super low (she told me that it had always been her goal to start working by the time she was 30! I've had a job since I was freaking 12 years old!) but since she'd just quit her job so she could study and hang out with her dog more, she was super flexible and available exactly when I wanted help.

Buuuuttt then she started asking me advance payments and that was just one red flag too many, so I shut it down. Ugh! I'm so annoyed by it all. I asked Niko's awesome babysitter (who is now doing her PhD and is therefore no longer available during the day) if she could please just clone herself. Or if I could figure out a way to clone myself, that would also solve a lot of problems. 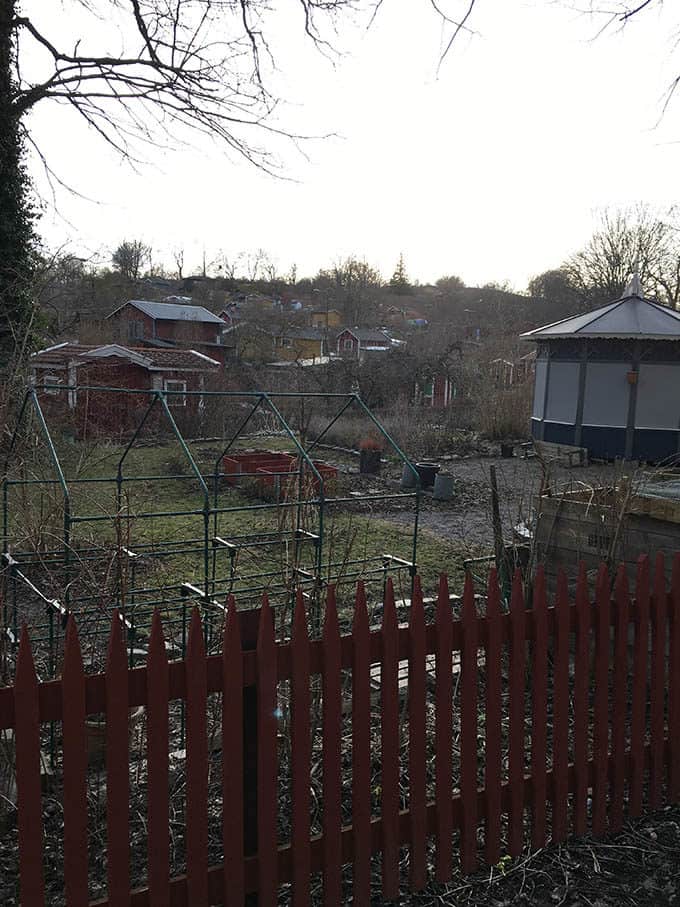 But let's get to the point already - I'm sure you're all here to answer this burning question: has she or hasn't she pooped in a bucket yet?

Folks, I have not. Sorry to disappoint.

The contractors turned up at our place on Thursday morning all gung-ho to start smashing out the small bathroom. And they told me they'd also need to smash out the hall closet, which was news to me. But at the end of the day when they called me to say they were done and I could come home, they said they were able to access the necessary pipes from the big bathroom after all.

And, can you imagine if we'd actually moved out?! That big bathroom has been sitting dry and ready for the next step in this disaster for more than TWO MONTHS! We're coming up on FOUR MONTHS without a bathroom, shower, or laundry in our apartment. And *NOW* they decide to take a closer look at the pipes and are like, oh I guess this might work after all?! 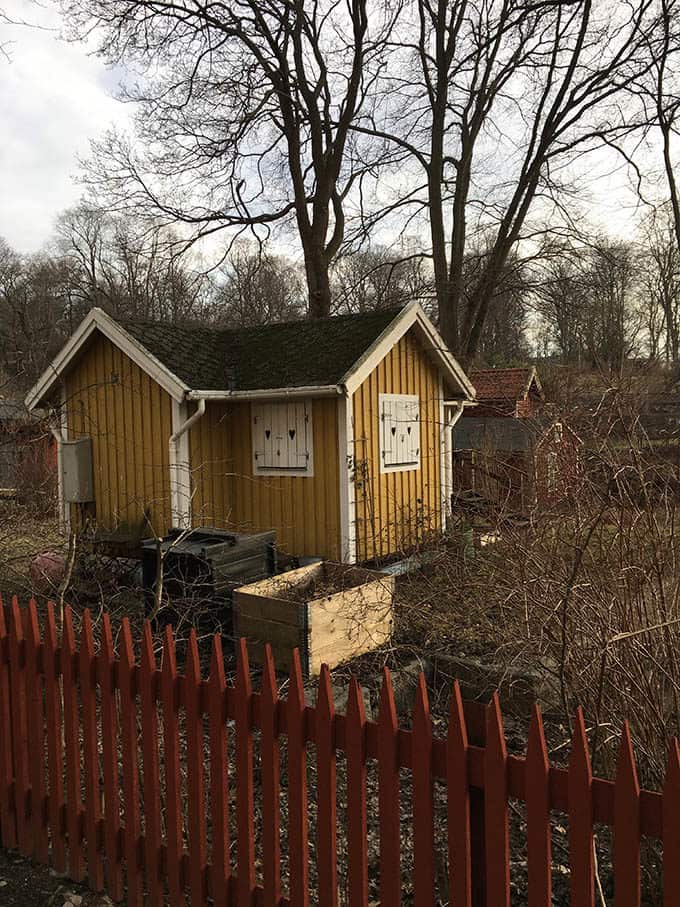 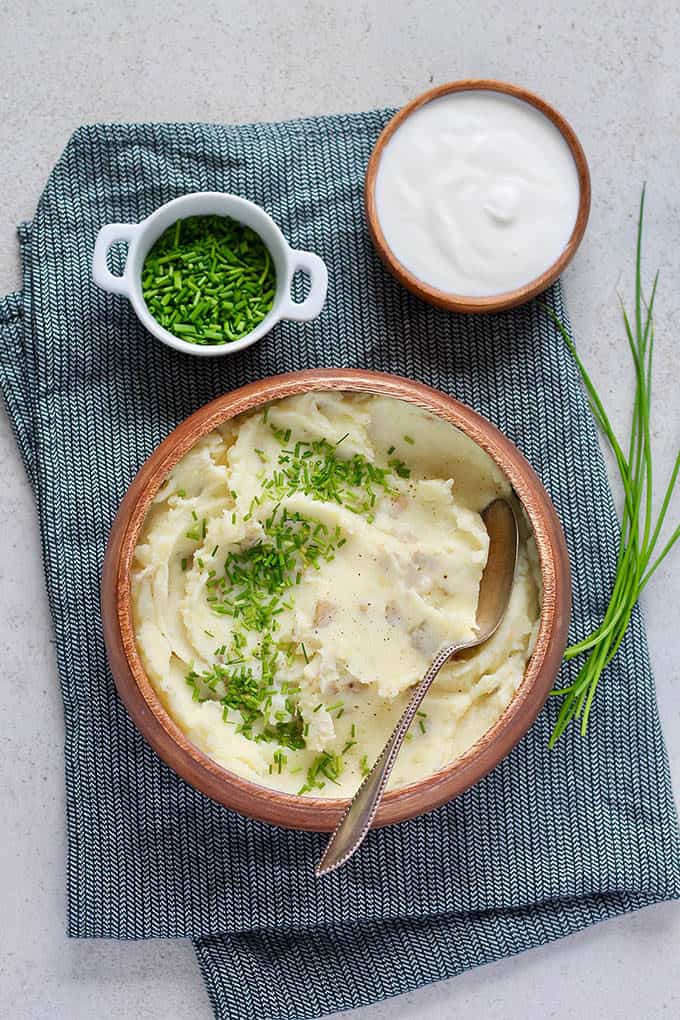 And you can put those mashed potatoes to good use in this super delicious Lentil Shepherd's Pie! I would like some extra credit for this particular post because the bulk of it was typed one-handed while I held Odin in my lap in a coffee shop. We've had to spend some full days out of the house due to the non-construction, and dude has been short-changing me on naps all week. So be impressed, please!

The Lentil Shepherd's Pie recipe includes instructions for making the filling in your Instant Pot (I have this model and I love it) slow cooker, or on the stove top. Which means anyone can make it! {Pin this} 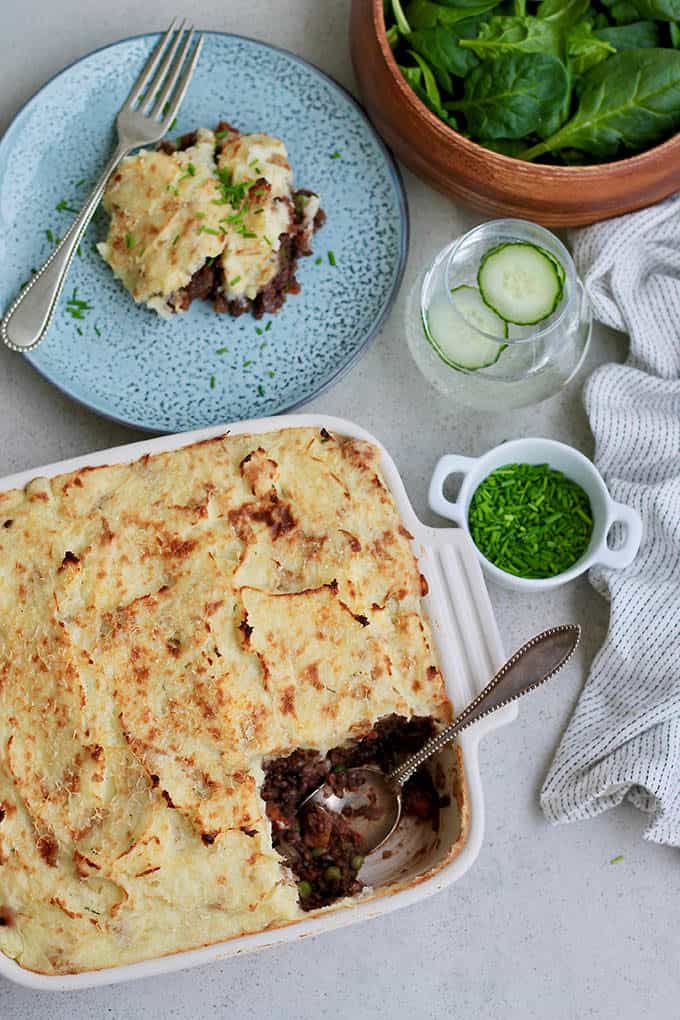 If you've been here for a while you've probably noticed that the top five posts are pretty much always the same. We all know that Mung Bean and Coconut Curry basically always has the top spot, and that everyone loves Black Bean and Quinoa Freezer Burritos (they're so loveable though!) So let's switch things up!

Instead of the top five posts each week, I'll be pulling from the top 10-15 and showcasing recipes and posts that are doing well, but might need a little nudge. Cool?

1. Chia Fresca. Not sure why, but this super healthy and hydrating chia drink surged into the top 10 this week. {Pin this}

4. Tempeh Bolognese. If it's still as cold where you live as it is here, you'll definitely appreciate this vegan comfort food. {Pin this}

1. No one is taking your hamburgers. But would it even be a good idea?

2. Could eating walnuts be beneficial for depression? The results of this (California Walnut Commission funded) study indicate that they might be.

3. What's better for you, spinach or kale? The results are in!

4. New Nutrition Study Changes Nothing: Why the science of healthy eating appears confusing, but isn't.

5. The tobacco industry's involvement in children's sugary drinks marketing. This article is from a scientific journal, but is very readable - and very interesting.