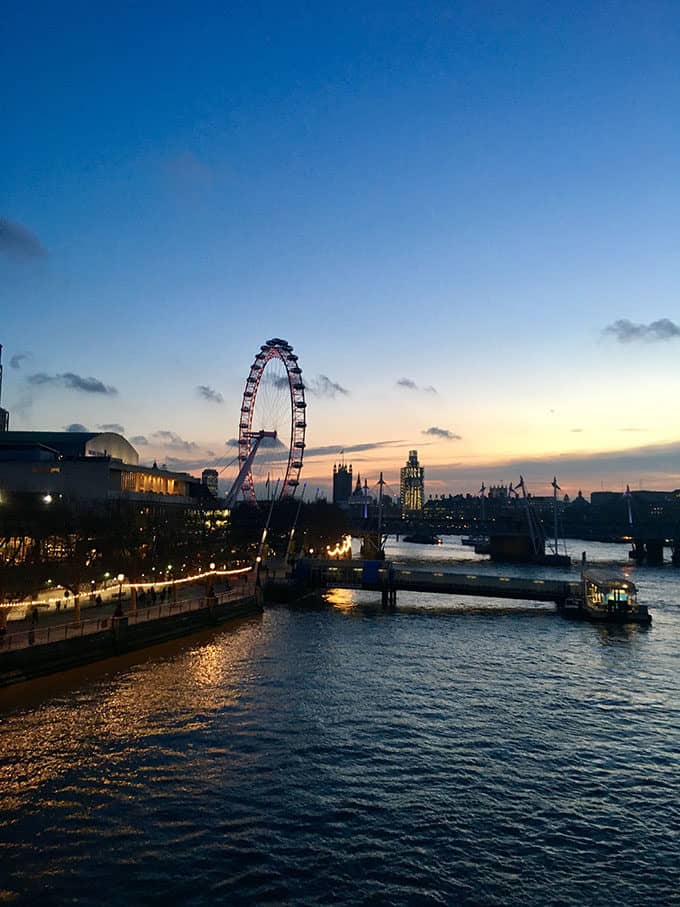 This week Odie and I went on a quick trip to London to visit my sister, Emily, and meet my new niece, Ellen, who was born 12 days after he was.

London is always a fun place to visit, even if we don’t do all that much. It’s an easy flight from Stockholm, and since my sister has a baby more or less the same age, I was able to mooch her diapers and borrow her travel stroller, so was able to pack super light and take only carry-on.

Odin was a champion traveller both ways. At one point I asked a flight attendant if she would hold him so I could go pee, and she said she had forgotten there was a baby on the flight!

My sister asked what I wanted to do while I was in London, and I said maybe an afternoon tea if we could find somewhere baby friendly. She booked us into a place that had fantastic food, and they put us in a table with a big wide space beside it so we had somewhere to park our strollers. The service was a bit patchy, but that’s kind of a good thing when you’re breastfeeding between scones and just want to be left alone for a bit.

Ellen slept through the entire thing, while Odin was having serious FOMO and decided to crash the party. He didn’t fuss at all, though (he really didn’t fuss much on the entire trip, to be honest) so I got to enjoy my tea and managed to eat everything one handed.

And yes, that’s a glass of bubbles in my hand, not tea. The place we went to had some January special on where they threw in a bottle of Prosecco for free, and, I mean, we could hardly turn that down, could we? Plus, um, I turned 40 this week, so this was the official kickoff to the celebrations.

I was also able to squeeze in a visit with Christine from Happy Veggie Kitchen, and it was nice to finally meet her IRL! 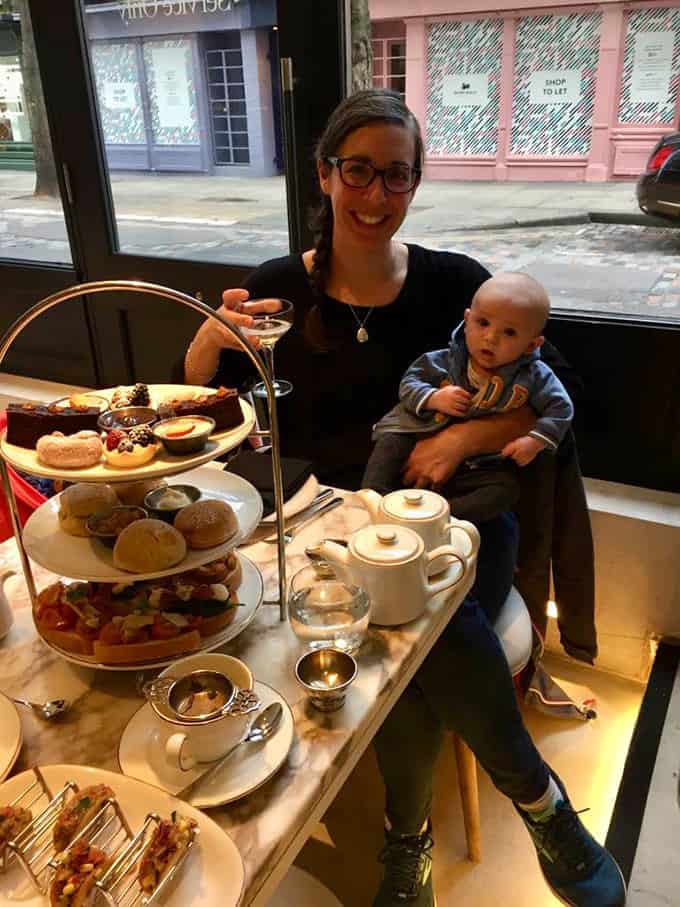 Because Paul is quite busy at work, we had arranged for our babysitter to help with Niko after daycare while I was away, and as I was leaving Paul said, “as long as nobody gets sick this will be fine….”

Of course Niko came home that very day with a fever, and has been home sick ever since. When I got home on Thursday evening he actually asked me to give him Tylenol and put him to bed, two things that he seriously hates doing.

Coming home to a sick (and whiney, ohhhhhhhhh my god the whining) kid was one thing, but we also had no internet for a couple of days. Our modem broke and we had to wait for a new one to be delivered.

As a result, it was a quieter than normal week on HNL, with only one recipe posted. Blah. 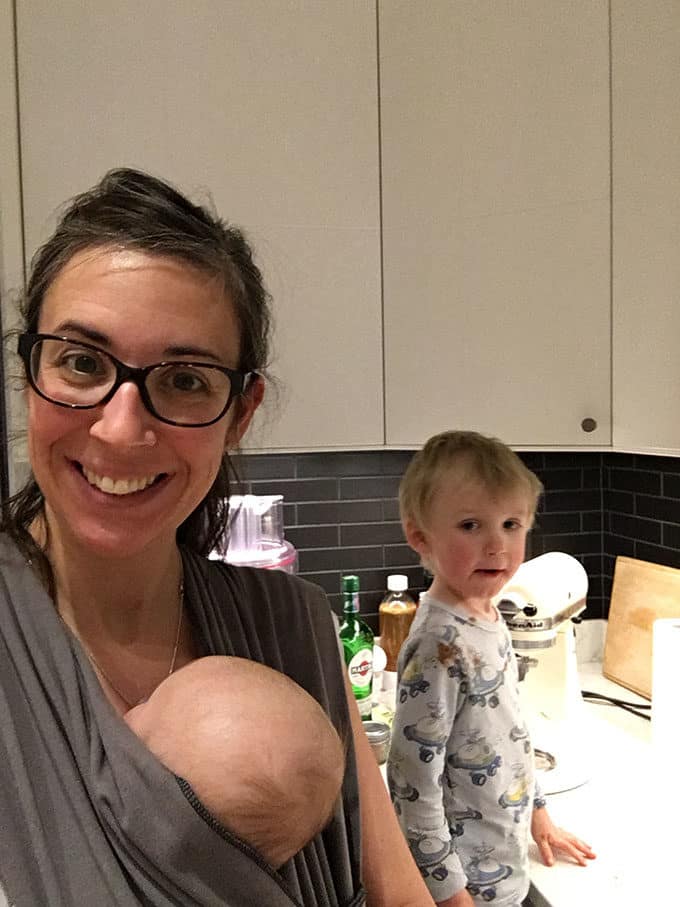 Since he was home from school on Friday, we decided to tackle my birthday cake. I’m a firm believer in one layer per decade, so this was to be a 4-layer cake. My cake tins are all 9-inch tins, which produces a ridiculously wide layer cake, and since the cake was intended for only a small group of people, we went searching for 8-inch tins, but came up empty.

Instead, I bought 7-inch tins, and ended up making a recipe for a 3-layer 9-inch cake in 4 x 7-inch cakes instead. As I saw the first cakes come out of the oven I realized that had been a mistake and that it was going to produce a comically tall cake. Case in point: 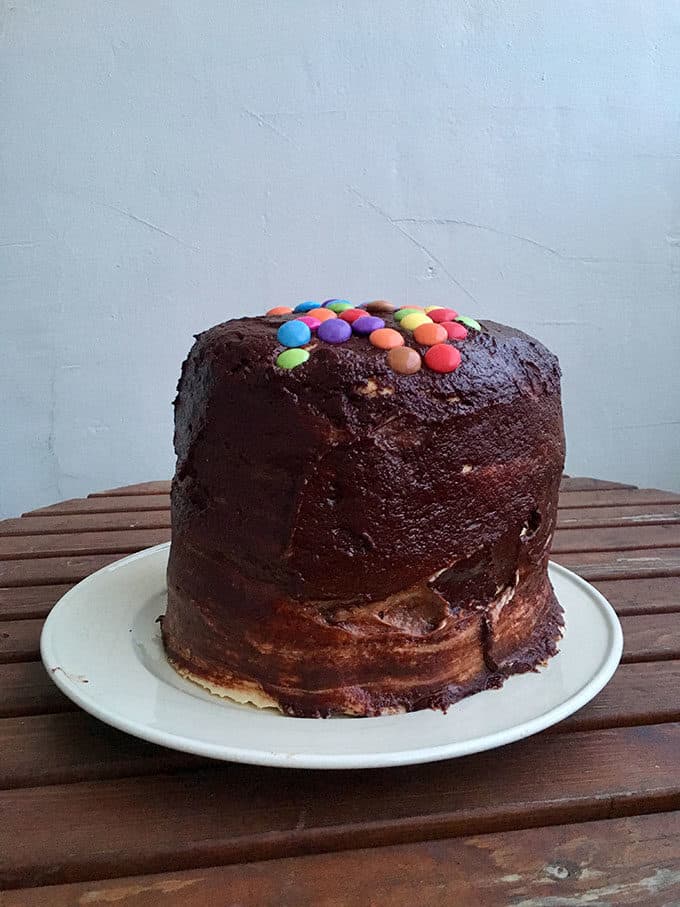 That’s the Chocolate Peanut Butter Cake from Smitten Kitchen which basically broke the internet when she first posted it back in 2008. I’ve made this cake many times, and while the peanut butter cream cheese frosting and chocolate peanut butter ganache are incredible, I find the actual chocolate cake kinda lacklustre (and super crumbly) so I always make one of my go-to chocolate layer cakes instead.

This one is the basic triple-layer chocolate cake from this cookbook, which I highly recommend.

We invited a few friends over for bubbles, snacks, and cake, mostly so that Niko would get to sing happy birthday and have some cake. It was low key and perfect and everyone was gone by 7pm and we have a LOT of cake left over.

Next weekend we’re doing the main celebration, in the fancy pants private dining room of one of my favourite restaurants in Stockholm. I have some thoughts about turning 40 that I want to share, but I’m too tired, so I’m going to move them into their own post later this week. Now you have something to look forward to, too! 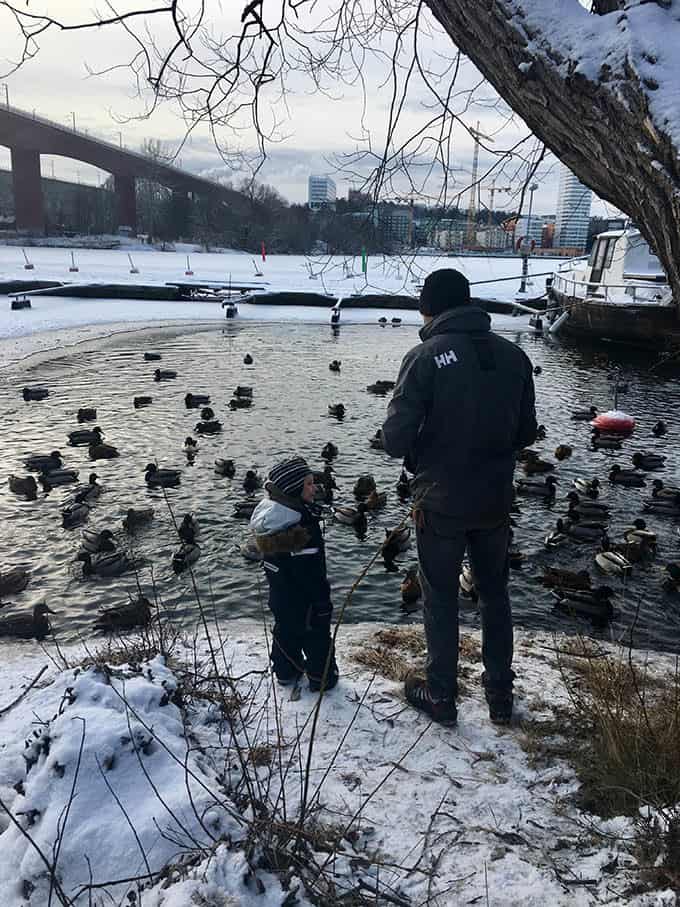 Feeding the ducks was the extent of this kid’s activity this weekend. Poor guy is not himself.

Indonesian Black Rice Pudding is a healthy vegan recipe that’s perfect for breakfast or dessert! Made with coconut milk and naturally sweetened with coconut sugar, this rice pudding recipe can be made on the stove top or in the Instant Pot. {Pin this} 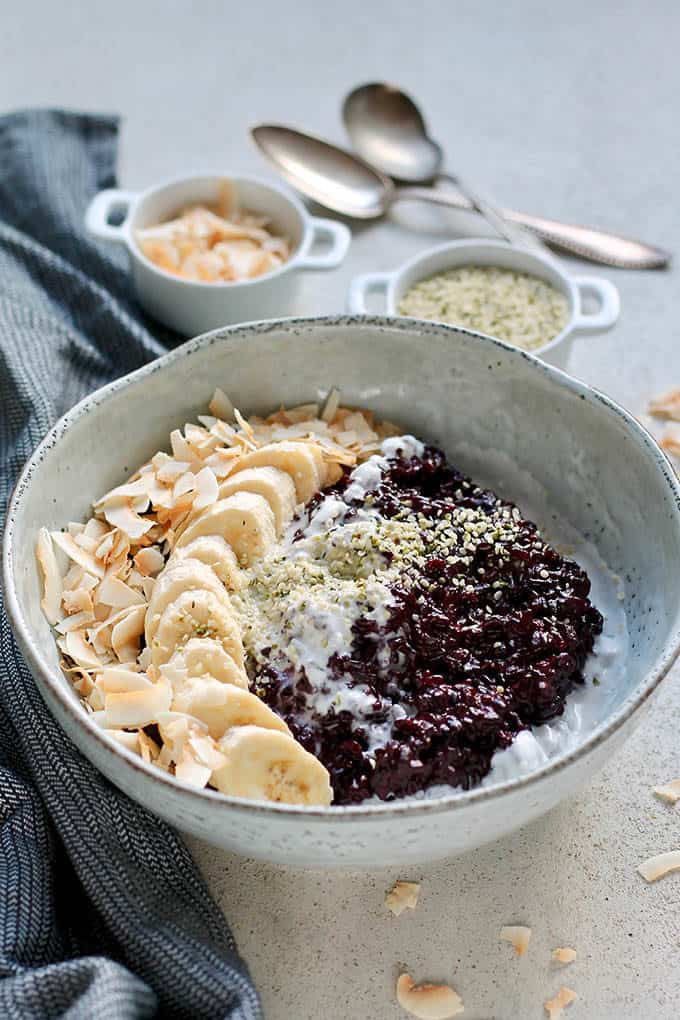 2. Black Bean and Quinoa Freezer Burritos. Always a good one. {Pin this}

3. Is Popcorn Healthy. The people want answers! {Pin this}

4. Curried Cauliflower Chickpea Wraps. I love these so much. {Pin this}

2. I love this sweet story about how a food blogger turned her 73 year old mother into an Instagram star.

4. The way we eat could doom us as a species. Here’s a new diet designed to save us.

5. The new Canada Food Guide doesn’t just tell us what to eat, but how – and that’s a good thing.