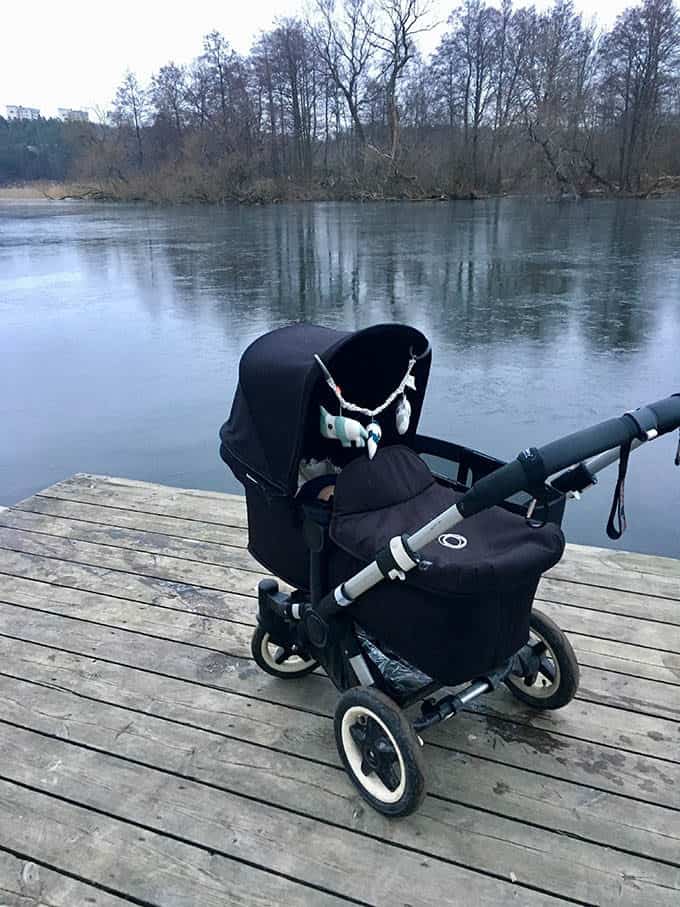 When I’m feeling really frustrated with Niko, when he’s throwing a tantrum and we’re running late and he wants me to carry him and he’s just generally being ridiculous, I often fight the urge to bite him.

To be clear, I’m not actually going to bite him, but it’s as if my frustration manifests in my teeth. I feel the actual urge in my teeth – it’s like they tingle with rage – to chomp down on him as hard as I can.

I mentioned this to some friends and they looked at me like I was legit crazy, but when I told my mom she expressed having felt something similar when I was a toddler; an urge to bite my nose as hard as she could.

I think Niko has this, too. He’ll be pitching a fit, screaming and banging his hands, and will turn around and sink his teeth into the sofa or whatever else is there, just as a way to cope. It must be genetic.

One night this week (or early morning, as it were) when Odin woke not long after I’d put him to bed for the fifteenth time in a row, I was carrying him, bleary eyed and so, so tired around the apartment. He was screaming and I was beyond exhausted, and with my eyes not even really open I turned my head towards his, mouth wide open, ready to sink my teeth into his tiny peach fuzz-covered scalp.

A little more awake now, trying to rock my baby back to sleep, he batted his pacifier out of his mouth again and again and again, and in my state of immense frustration I suppressed the urge to bite his little hands as hard as I could.

Clearly something needed to change, so on Wednesday last week we started sleep training. 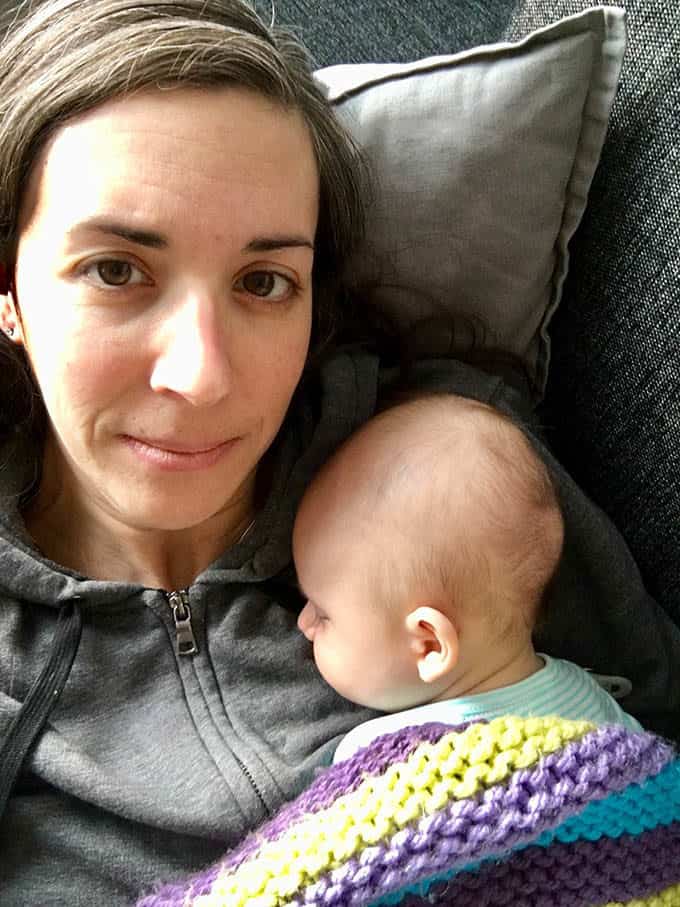 I know that sleep training can be divisive, so I’ll just say this: if whatever you’re doing is working for you, you’re doing it right. This is what felt right for us.

We used the sleep training technique recommended by Dr. Michael Cohen of Tribeca Pediatrics, as many of our friends have had success with this. It’s a rip-the-bandaid-off technique with no patting or soothing as you go.  You just put them to bed, say goodnight, and come back in the morning.

Man oh man, did he give us a run for our money.

Niko was one of those magical babies who just slept through the night on his own from a very young age, so we never had to sleep train him, so I was a total rookie parent at this. The first night was a loooooooong night, but it was the second night when my anxiety kicked in hard, and I have to thank my crew of girls around the world for talking me through it.

We could tell we’d made progress after the second night, though, and the third night was much better. On the fourth night he fussed for one minute when I put him down and then slept through the night, and same with the next night.

It’s a relief to have that behind us, and also to know that Odin isn’t sleep deprived – or at risk of being bitten by a crazed, sleep-deprived mother – anymore. 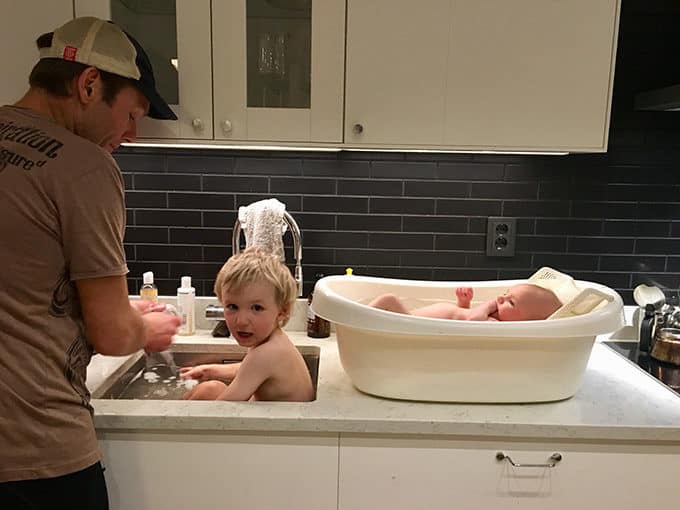 Bathroom update: we still have no bathroom.

The concrete guy came earlier this week has confirmed that the concrete is now dry, so they can move on to whatever the next step is. I believe they get in there and do the repair, and after that we’ll be able to rebuild the bathroom. This means we need to get our butts in gear and get the new bathroom sketched out.

So we’re looking at, I don’t know, 4-ish more weeks with no bathroom? Maybe more? The concrete drying time was the unknown variable, so it depends on the contractors at this point.

Niko and I made a batch of our favourite No Sugar Banana Bran Muffins this week. These muffins are sweetened only with dates and bananas, and when he saw the dates on the counter he said, “oh look, Davids! I like Davids!”

We have not corrected him. 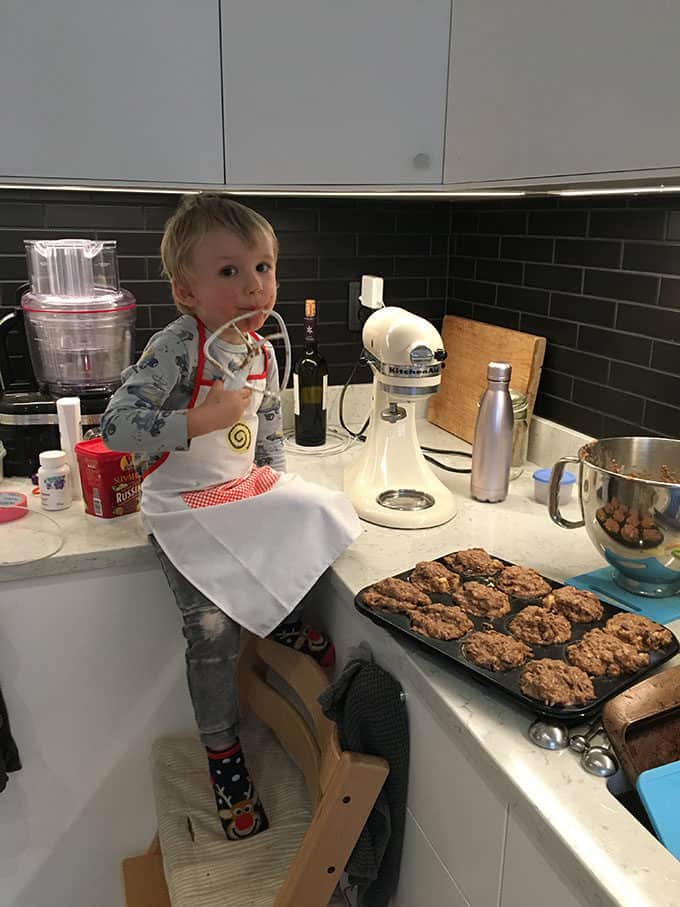 This week was all about the Instant Pot! We kicked things off with a super tasty Vegan Carrot Ginger Soup with Red Lentils. I’ve tested this recipe in the Instant Pot, the slow cooker, and stove top, and included instructions for all three! {Pin this} 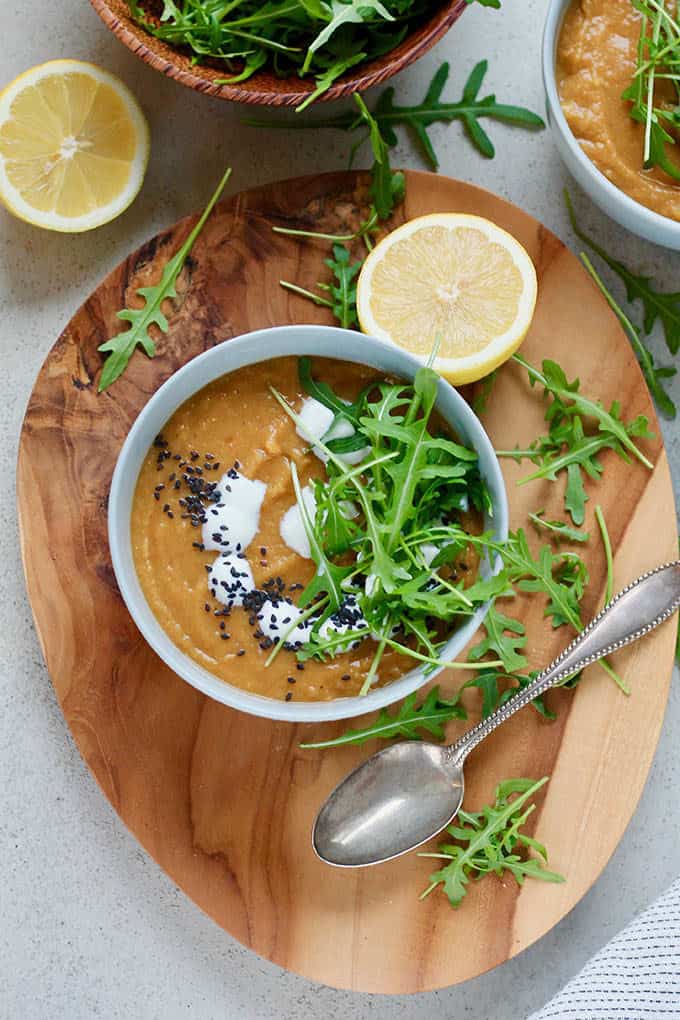 I was super pumped to have achieved my book reading goal for 2018, so did a quick roundup and review of all of the books I read. I’d love to know more about what books you’re reading and any recommendations you might have! 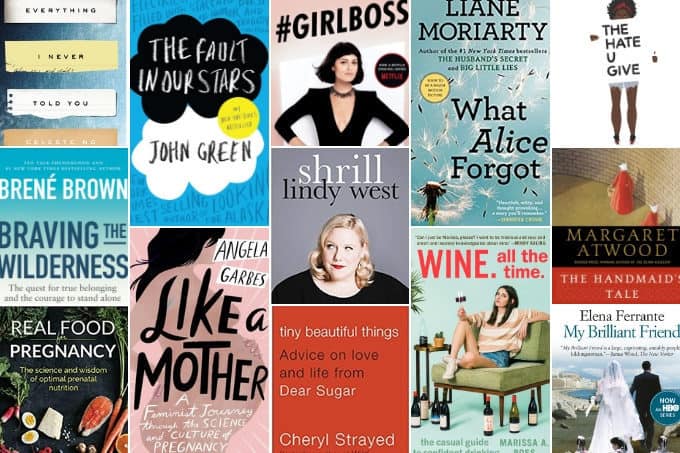 And lastly, since I’m having a love affair with my Instant Pot at the moment and want to inspire you to do the same, I rounded up 10 Vegetarian Instant Pot Recipes to get you started. {Pin this} 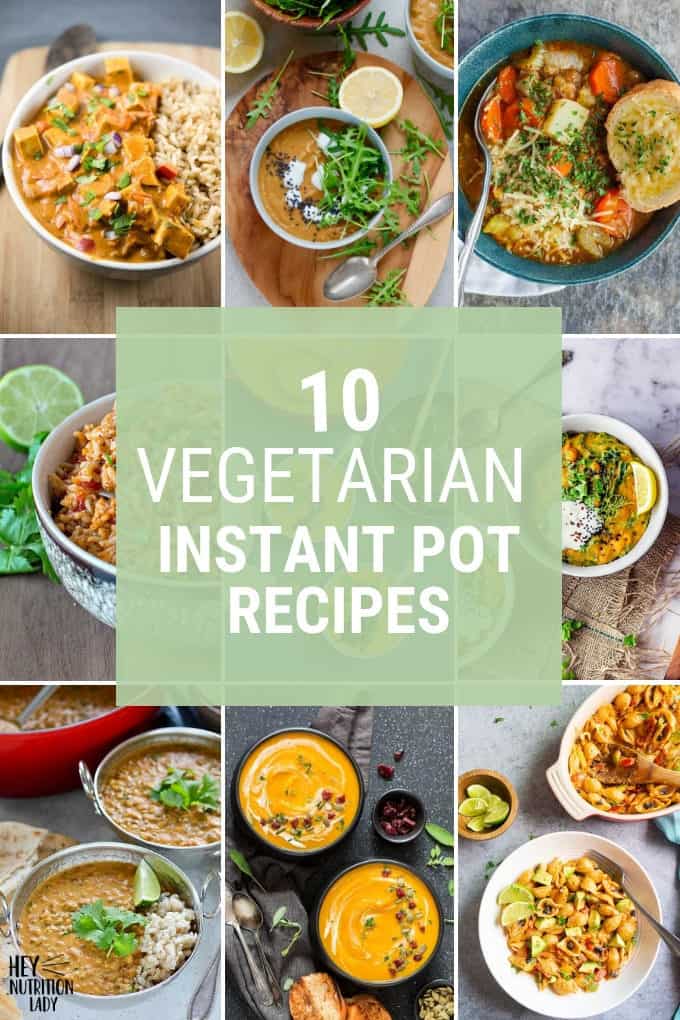 1. Mung Bean and Coconut Curry. I mean, is anyone really surprised? {Pin this}

2. Curried Cauliflower Chickpea Wraps. I’m working on a sweet new cauliflower recipe to share with you soon, too! {Pin this}

3. Black Bean and Quinoa Freezer Burritos. I do love these burritos. {Pin this}

1. Millions of Americans incorrectly believe they have food allergies.

3. Federally funded school lunches are about to get a lot less healthy.

4. What you need to know before trying a 30 day fitness challenge.