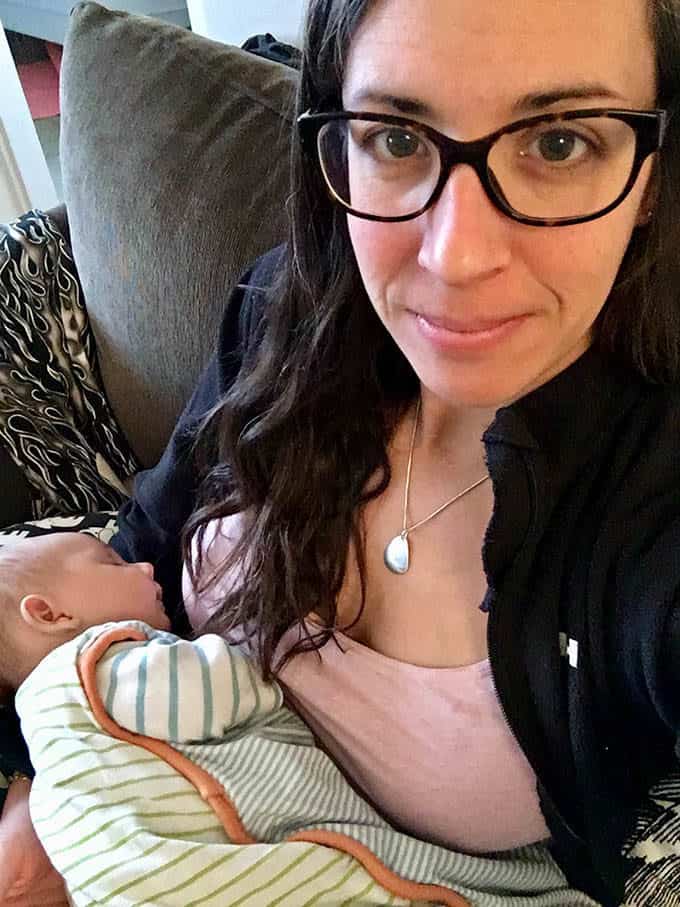 What the heck am I going to do with this mop?!

1. Last week I got a sample of dry shampoo in my grocery delivery. It’s almost like they know my bathroom is getting torn out tomorrow. But, what’s the deal with dry shampoo? Does anyone use it? I’ll be honest, the stuff weirds me out.

I’ll give it a try if it buys me a little extra time between hair washes, but I’m really not convinced it’s not going to be completely weird and disgusting. Also, I really struggle with scented products. They give me the worst headaches, especially if the scent is stuck on my person.

I buy pretty much everything unscented (deodorant, lotion, laundry detergent) so I’m a little bit freaked out about having a head that smells like a rainforest (whatever that’s supposed to mean) and not having a shower at home to do an emergency hair wash if it gives me a headache.

Anyone else here that’s lived without a bathroom for a few months? Hit me with your tips! 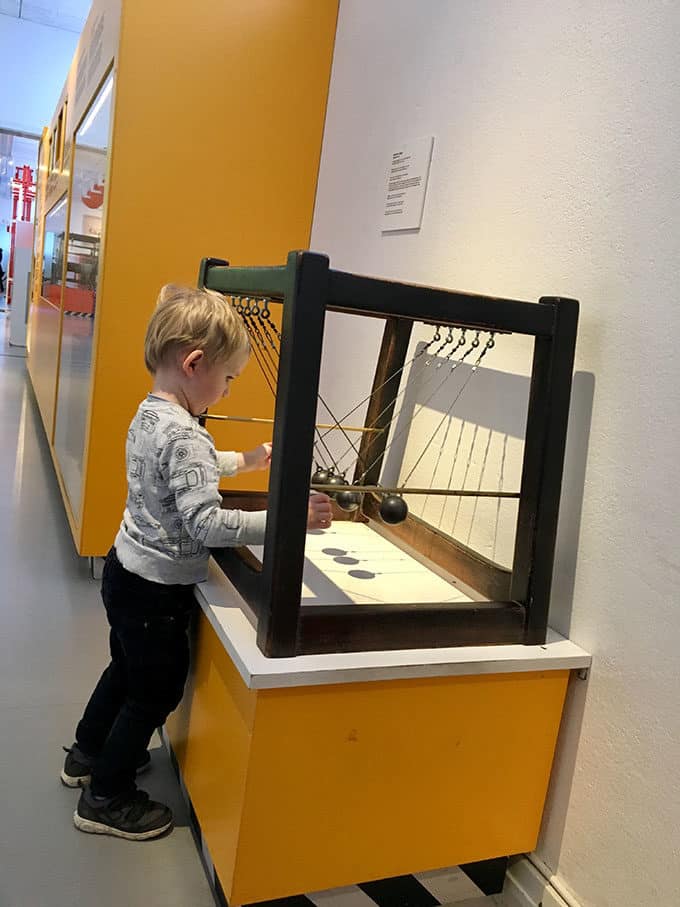 2. I’ve had a couple of moments recently that left me knowing I need to check my sexism (or gender constructs or whatever).

A couple of weeks ago I was at a meeting at the agency I used to work for (I took on a super cool but fairly hefty freelance project – yes, I’m insane) which I took Odin to since he’s pretty much chained to me (or at least my boobs) at the moment.

We finished up the main portion of the meeting and I asked the room – in which there were two men and one other woman – if anyone could hold my baby so I could go pee. As I asked the question I instinctively turned to the other woman, yet the words were hardly out of my mouth when my former boss (who is the spitting image of Bradley Cooper in A Star is Born… just so you’ve got a good visual) leapt up and took Odin from me.

I came back from the bathroom and he continued to pace the meeting room with Odin in his arms for far longer than necessary. Imagine a non-drunk Jackson Maine crooning to your baby while gently rocking him to sleep. Quite the visual, right? But why had I expected it would be the lady who would hold my baby?

The second time was the very next day. I took Niko to buy a new pair of winter boots, and when we were at the shoe store I asked Niko which ones he liked. “Those ones!” he said, pointing at a pair of pink boots. “You mean these, right?” I asked, indicating a blue pair.

“No, the pink ones!” he said. “But did you see the reflective strip on the blue ones?! Or what about these black and orange ones, they match your bike!”

Then, when he realized he was actually going to have to try the boots on, he threw a massive tantrum on the floor of the shoe store. We managed to wrestle the black and orange pair onto his feet and left the store with those.

Later, my mom told me she was surprised I reacted to him wanting the pink boots, and honestly, I surprised myself as well. I thought I’d be much more chill about my son wanting to wear pink boots, or pink whatever. I guess I was worried that people might make fun of him, which is ridiculous because he’s two.

I’d like to think that if he’s gay or trans or gender-fluid or anything else I’d be totally chill about that stuff as well, so it bothers me that I didn’t let him get the pink boots right away. It bothers me enough that I almost went back and bought him the pink boots as well, but frick, kids’ shoes are expensive.

3. I have a goal of reading 15 books in 2018, and I’m currently reading books #14 and #15 in tandem. One is on my e-reader (book three of the Neapolitan series) and one is on my phone (this gem – I always put non-fiction on my phone for some reason) so I’m never without an excuse to read.

I was smugly ahead of schedule for quite a while, but then I went and had a baby and took on a big work contract and now I’m stressed that I may not make it. Anyone else have a book reading goal for 2018 you’re trying to make? 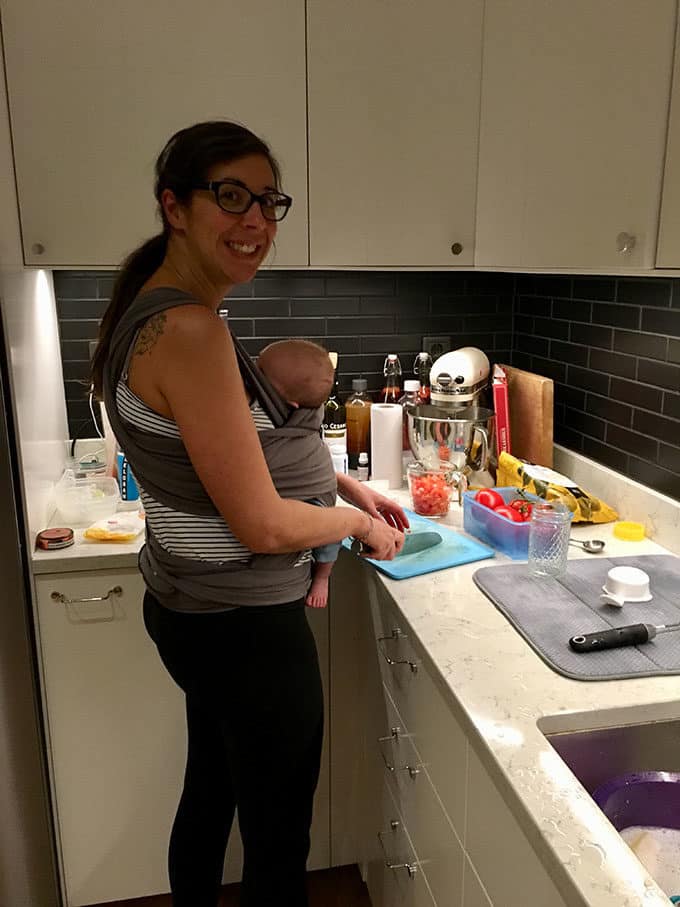 4. Meal planning and meal prep is kind of a big deal here on Hey Nutrition Lady, but I know it’s not everyone’s cup of tea. But what if you only had to do your meal planning / meal prep once a month?! Bonkers, right?

I’m pleased to announce that I’ve partnered with the brilliant folks at Once A Month Meals to help your meal planning / meal prep dreams come true. The idea is you set aside one weekend a month in which you batch cook and freeze all of your meals for the entire month.

You can customize your meal plan according to your dietary needs (vegetarian, vegan, paleo, whatever!) and can pick and choose from recipes that work for you. You’ll find freezer-friendly recipes from HNL, as well as other vetted sources around the web, and the recipes have been customized to make them batch cooking and freezer meal friendly.

Right now there’s a wait list to get in with Once A Month Meals, but a little bird told me that they’re going to be opening registration before the end of the year, so if you’re even a little bit intrigued, now’s the time to jump on the list. Make your 2019 the year of the freezer meals! 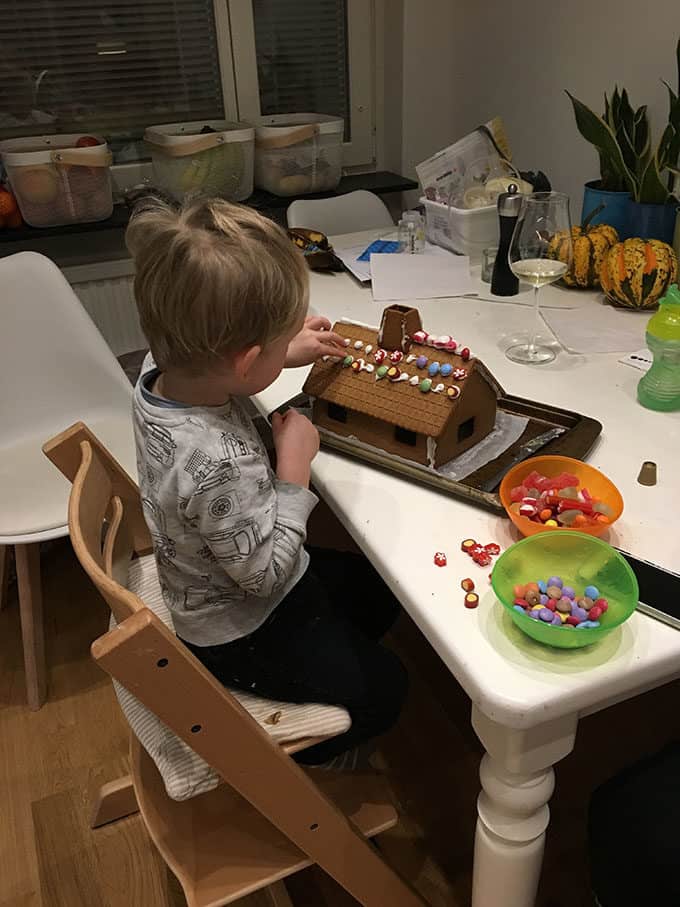 T’is the season! Much candy was consumed in the construction of this gingerbread house.

5. Have you heard that Margaret Atwood is writing a sequel to the Handmaid’s Tale? Atwood is one of my favourite writers of all time, my late teens and early 20’s were heavily influenced by her work for sure. But, I’m not sure how I feel about this sequel. It’d be sooooo hard for the sequel to not be influenced by the (very excellent) HBO series.

We kicked off the week with a big old roundup of my favourite healthy cookbooks. This was a reader request from ages ago and I *finally* got around to sharing it. If you’re thinking of gifting any cookbooks this year, perhaps you’ll find some inspiration in this post. 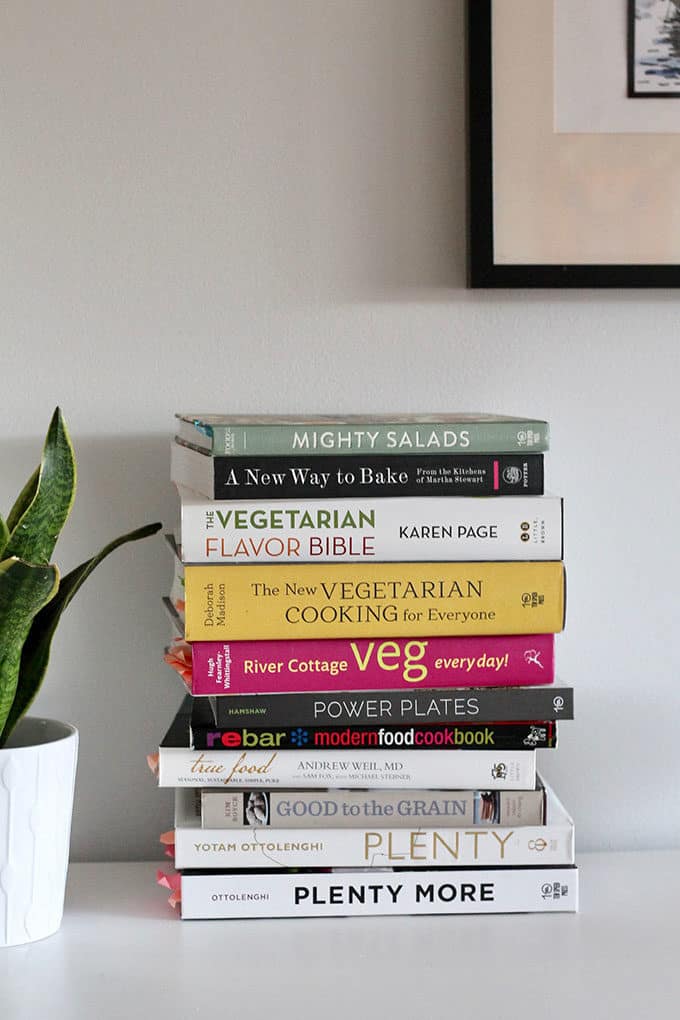 Homemade Vanilla Extract! It’s a stupidly easy homemade gift, and so, so impressive to folks. All you need is vanilla beans, some booze, and a bit of time (but I’ve also included options for last minute gifting as well, worry not! Pin this recipe. 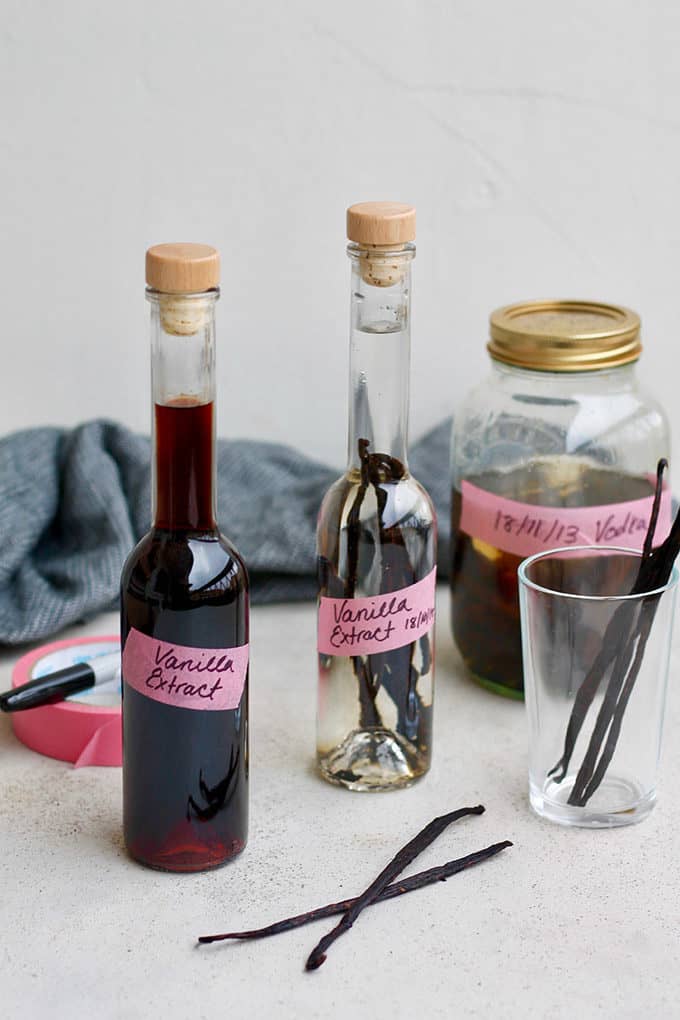 The holiday season can be pretty stressful at the best of times, so I shared a super simple self-care checklist to help us all get through in one piece. 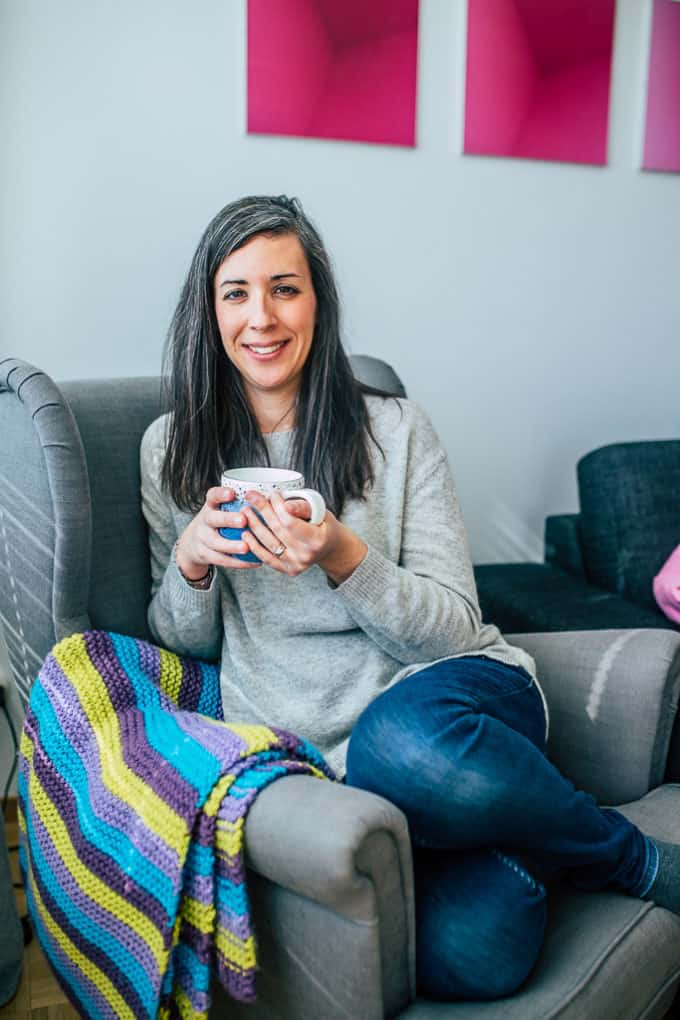 And lastly, I shared these Spicy Tofu Grain Bowls with roasted sweet potatoes, wild rice, and kale. This recipe includes my favourite tofu cooking technique, which doesn’t involve any pressing. Pressing tofu is for chumps! Pin this recipe. 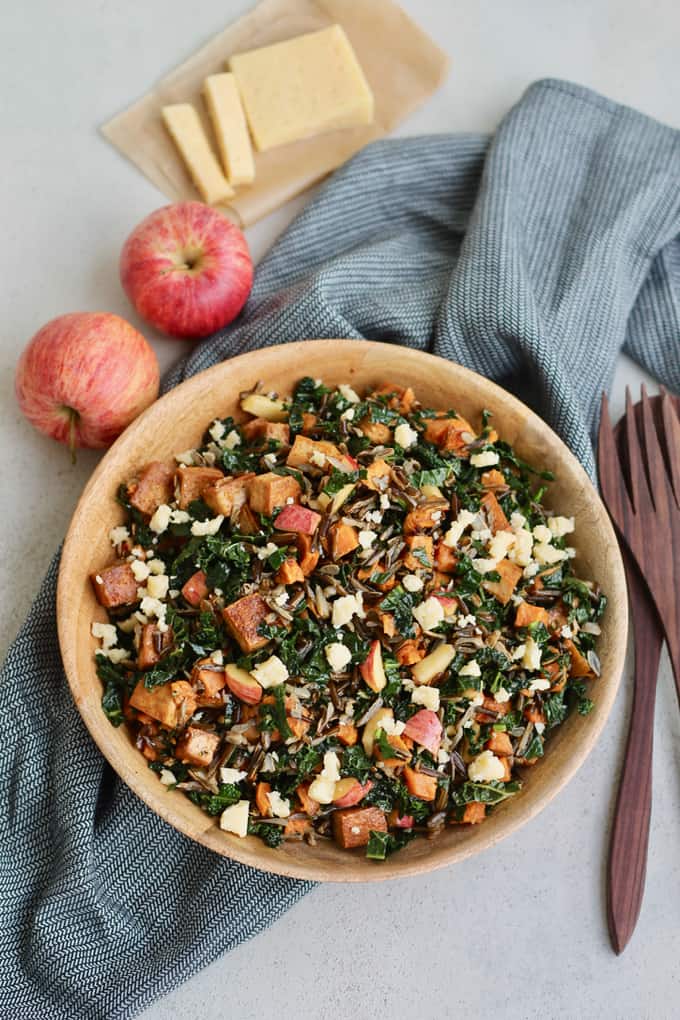 1. My Favourite Healthy Cookbooks. What the what?! You people are obviously doing your Christmas shopping.

5. Curried Cauliflower Chickpea Wraps. So, so tasty! Pin this recipe.

1. Good fat vs. bad fat vs. high carb vs. low carb. Researchers with widely varying views on dietary guidelines come to a consensus.

2. This study says that French fries are going to kill us ????Please note that the cases in which fried potato consumption was considered dangerous, consumption was at a rate of three or more times per week. I’ll still be having fries with that.

3. How the food industry manipulates nutrition science: an interview with Marion Nestle.