Friends! Hello! It's been a while!

It's been over a month since we got back from five glorious weeks in Canada, and I've been chipping away at this post ever since then.

Before we left for vacation I told myself I'd take two weeks fully off from the blog and then I'd do some work in the background to get ready for Q4, which is typically the busiest time for food bloggers. I also downloaded a bunch of books, signed up for an online course, and dreamed about how productive my vacation would be.

You know what I did? NOTHING.

I mean, not nothing. I ate a lot of bagels. I swam in the ocean at least once a day. I went for walks and hikes and runs. I took the kids for ice cream. LOTS of ice cream.

And I slept. Oh man did I ever sleep. Before our vacation I had been so tired for so long that I promised myself I would get my iron checked when we got back home. But after a few weeks of sleeping 9-10 hours a night every night, that bone-crushing tiredness lifted and I felt fantastic.

I hugged my mom! And my dad. And my brother, my sisters, and my nephews and nieces. I hugged my cousins and my cousins' kids. My sister-in-law, my father-in-law. My old friends. Man were those some good hugs. And I'm not even a huggy person!

After not being able to see my family for three years, it was a truly magical summer.

For me the best part was watching my kids fall in love with my favourite place in the entire world. Despite having little to no memory of the place, it was like the essence of it must be buried deep in their genetic code - they both just settled in as casually as anything.

They were wild, dirty, salt-crusted kids just roaming the land like a couple of feral puppies. They wandered in and out of the neighbouring properties (which are largely extended family) at will, and a solid half the time I had no idea where they were. It was bliss.

For a couple of apartment-dwelling city kids, they figured things out incredibly quickly. They went swimming and sailing and kayaking. Tubing, knee-boarding, and boat riding. They went on hikes and shouted off mountain tops. They ate marshmallows toasted over the fire, found crabs hiding under rocks, and stayed up way, way, way past their bedtimes on a regular basis.

My siblings and I all had kids at the same time, so it was like being at camp. We had two six-year-olds, a five-year-old, three three-year-olds, a two-year old, and a seven-month old. If that sounds chaotic, well, yes it was, but in the best possible way.

We took a four-day trip into the interior of BC to meet up with Paul's family, and those were four glorious days. We spent most of our time on the beach or on a boat, and spent two days wake-surfing, which was definitely a highlight of the summer.

Both of the boys got up on the board between Paul's legs, and I think we've got a couple of adrenaline junkies on our hands. They could not get enough.

We spent all of one night in the city, which was the first time Paul and I have had a kid-free night just the two of us since before Odin was born. It was long overdue, and nice to just bop around the city at our own pace.

If I had known that our last trip back to Canada would be the last one for such a long time, I would have done more of everything. Eaten more bagels. Given more hugs. Lounged on the beach more instead of trying to work so much.

Now, as we get back into the swing of things, my ambition is to do the same here.

More sleep, less late nights on the computer. More adventures with my boys, less worrying about getting it all done. More connections IRL, less time on my phone.

I'm consciously scaling back on the time I spend here, and trying to see if I can achieve more with less. I think you can probably expect 2-4 posts per month, instead of the 2-4 posts per week I used to try and cram in.

Who was that crazed, sleep-deprived person anyways?!

These No Sugar Banana Bran Muffins are an HNL classic. I updated the recipe with a video so you can see how they're made - be sure to check it out. 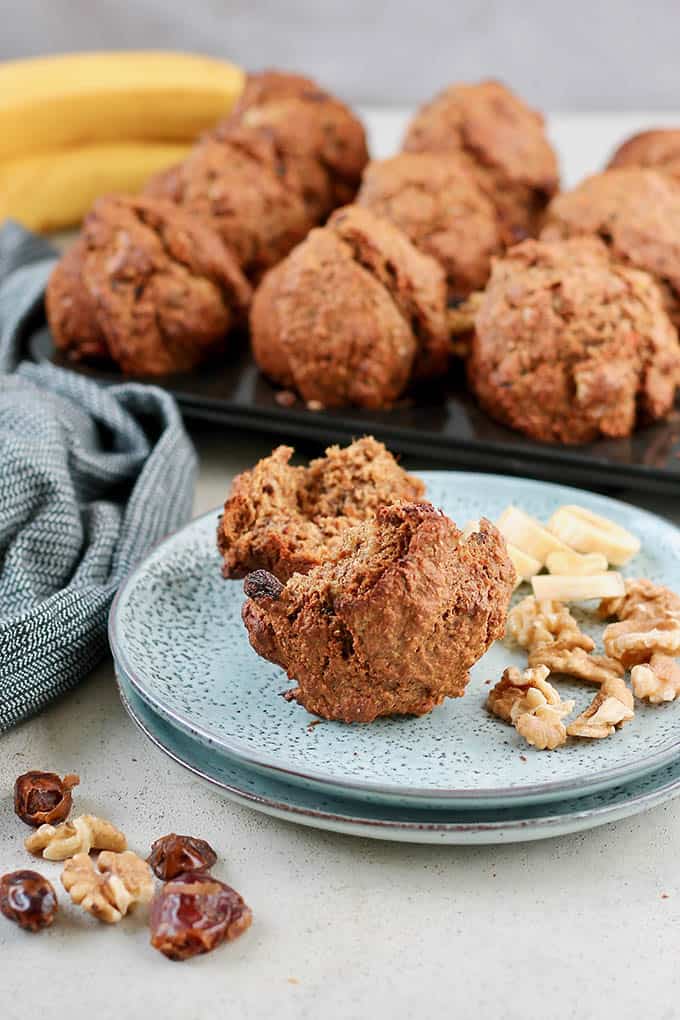 3. 10-Minute Vegetable Ramen Noodles. Can't get enough of this one.

5. Red Lentil Dal. Gotta cook up a batch of this for the freezer.

Loretta left the following comment and 5-star review on this Semi-Dried Tomatoes recipe:

I just tried this recipe and it was wonderful! I have a slow oven so they took an extra 30 mins, but the result is little morsels of what I call savory candy! I can’t stop eating them! They will be glorious on a pizza!

They ARE glorious on pizza! Definitely one of my favourite toppings. 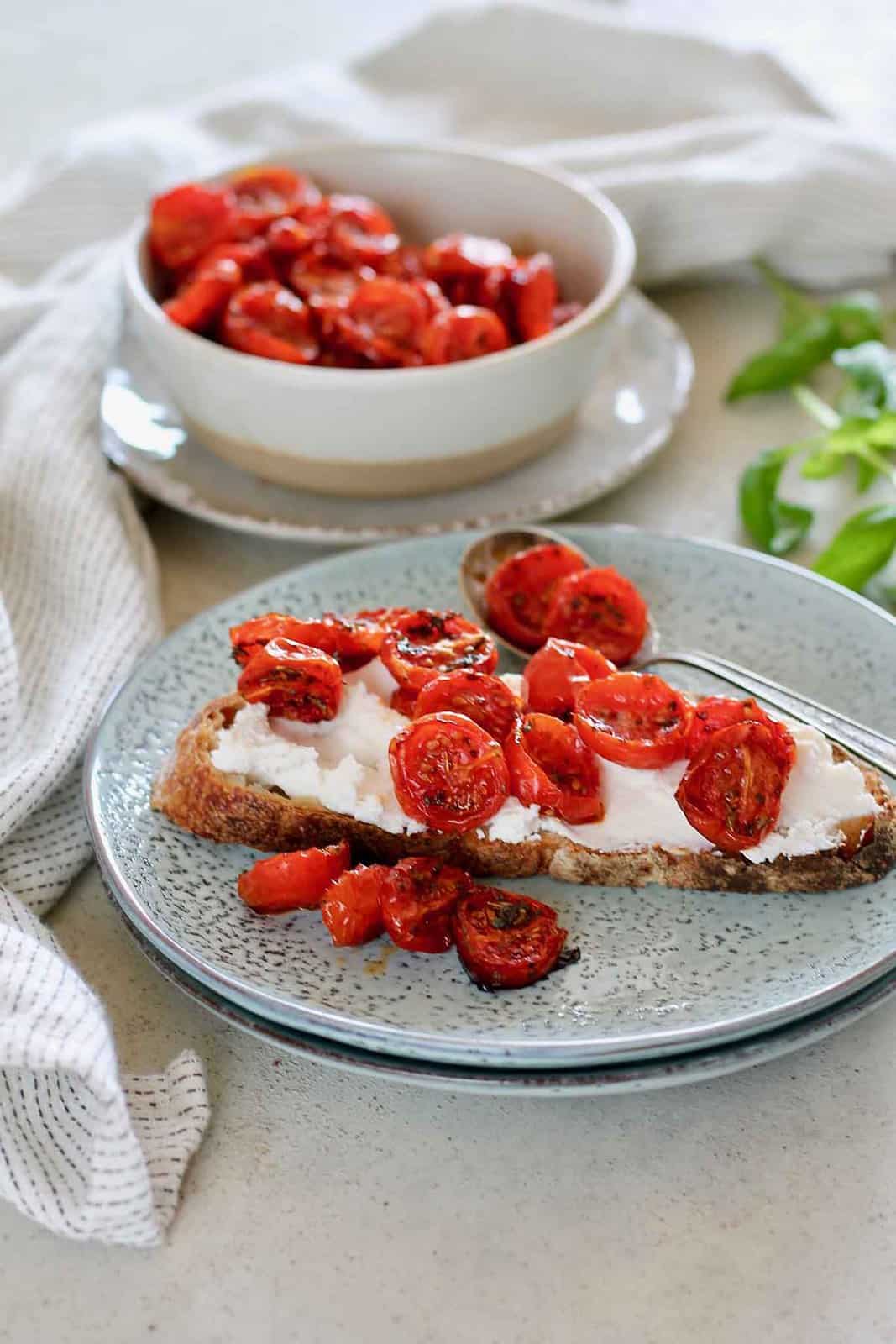 We're fully back to the grind with lots of afterschool activities, so it's all about optimizing the meal plan each week.

Monday: Eating down the fridge / leftovers.

Tuesday: I have a lot of peppers that need using, so going to make Halloumi Fajitas.

Thursday: Going to make a Savory Dutch Baby for the first time in quite a while.

Sunday: Pizza night! I'll try to remember to start a batch of 72-hour pizza dough during the week.

2. Can exercise strengthen your immunity?

3. A cardiologist says she's seeing a rise in 20-somethings with heart arrythmias caused by herbal supplements.

4. Spate of new research points to the potential harm of artificial sweeteners.

5. The hype over plant-based foods overlooks a key ingredient: Plants.