My big boy turned six this week, and I can't even begin to understand where the time has gone.

It feels like mere moments ago I had his tiny body curled up on my chest, sleep deprived but deliriously happy. I remember in those early days wondering whether I'd ever sleep again, whether I'd ever feel like myself again. And yet, it goes so fast.

We had a small family celebration on his birthday. Swedish pancakes with strawberries and whipped cream for breakfast, by request, and some early morning gift opening that saw him head off to school in head-to-toe Minecraft merch. Minecraft socks, Minecraft pants, a Minecraft t-shirt, and a Minecraft hoodie – not to mention the Minecraft notepad, pen, and water bottle.

Did I mention we're in a Minecraft phase?!

After school we surprised him with a shiny new BMX bike, and then headed home for dinner and cake.

The cake was born from Niko's own imagination. He told me for his birthday he wanted a vanilla cake with icing on it, topped by three donuts, and then one more donut in the middle of those donuts, and a fifth donut standing vertically on top of them all.

When I showed him my creation – baked late at night and iced during Zoom meetings – he said I got it exactly right. 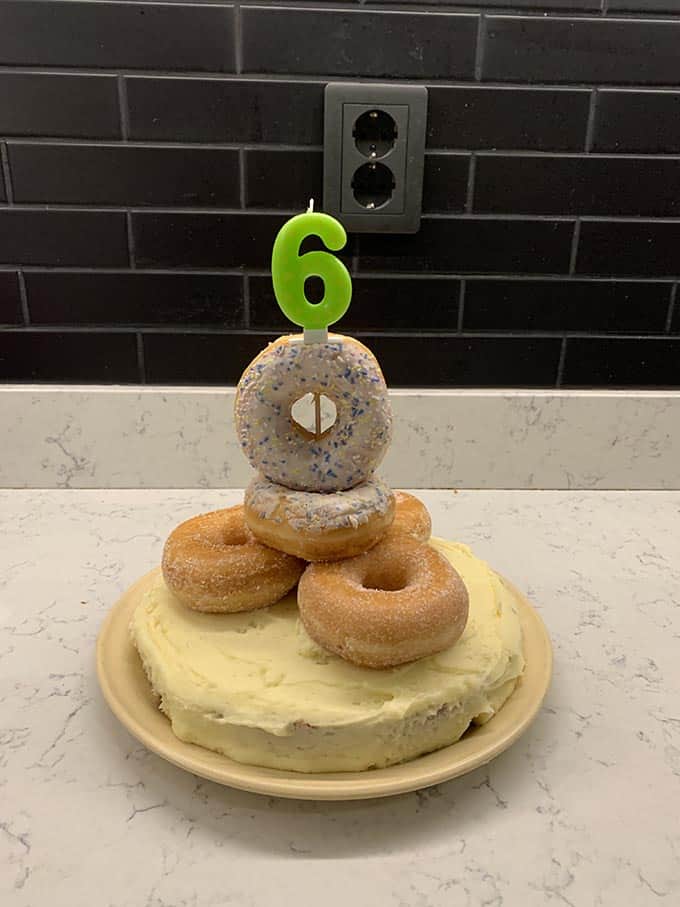 The next morning, I got up, kissed my boys goodbye, and then headed off to the airport to start making my way towards Chicago for the Tastemakers conference armed with two passports, a vaccine passport, a negative covid test, and a bunch of paperwork required to enter the US.

When we booked the tickets back in October we had direct flights, but they were changed multiple times and so we ended up flying first to Copenhagen where we had a four-and-a-half-hour layover. It was just as well as I had a ton of work to get through, and I wanted to be able to relax once I got on the long flight.

We got a great deal when we booked since they were just opening the US back up to travel, and then managed to use some points to upgrade our premium economy tickets to business class. Cha-ching!

After a long but pleasant flight, Emmeline and I met up with Sarah at our AirBnB, managed to stay awake for approximately one hour, and then crashed into bed. I didn't get a whole lot of sleep the first night, my poor, confused brain thought it was time to wake up again by 10:30pm, but it was just as well since we needed to be up and ready and at the venue at 7am for check-in breakfast.

The conference was a lot of fun! Two days packed with inspiring keynote speeches, workshops and sessions on everything from SEO and content optimization to food photography, business mindset shifts, and more.

I met bloggers who I've been internet friends with for years, but have never met in person before. I met Jess from Inquiring Chef who I've been chatting with since at least 2012, Chelsea from A Duck's Oven who I've been Instagram buddies with for ages, and fellow Canadian Vanessa from Maple and Mango. I had dinner with Vanessa on Friday night and she told me that her site is growing largely thanks to me reaching out to her on Facebook and telling her to stop chasing impossible keywords. I don't really remember doing that, but it does sound like something I would do, haha!

I also met Andrew Wilder from Nerdpress, who has been running the technical and back-end part of my website for more than four years now, and Casey Markee, the legendary SEO expert who helped me take my site from a hobby blog to a profitable business.

It's been a whirlwind, and I'm totally exhausted, but so much fun and I'm so glad we finally got to attend this in-person conference.

We did have some time to putter around Chicago, which has been fun. It was my first time in this city, and I got a lot of great recommendations for places to check out.

On Thursday evening we shook off our jet lag and went for dinner at The Girl and the Goat, which was recommended by a HNL reader! And wow, am I ever glad we managed to get a reservation. I didn't take any pictures during the dinner, but let me tell you this naan bread with dips was bonkers good. We also had chickpea fritters, brussels sprouts, and shishito peppers, all of which were amazing. I would definitely recommend this place if you're going to be in Chicago.

On Saturday we had a full day in Chicago to just putter around. Sarah was flying back Saturday afternoon, so the three of us went out for breakfast at a diner near our AirBnB where we all had breakfast tacos.

Then we decided to look up where the best donuts in Chicago were and discovered one of the top spots was not too far away from us. You know what had to be done. A power walk to Do-Rite Donuts and back, and then a donut tasting before Sarah had to head to the office.

Later on Saturday afternoon, after a donut-fuelled nap, Emmeline and I headed into town and met up with Vanessa by the infamous Chicago Bean. Not really sure what the hype is with this thing, but that area was PACKED with people getting photos of and by the bean.

We exited the bean area and went for an afternoon cocktail at Palmer House, Chicago's oldest hotel, followed by an early dinner at The Purple Pig, both of which were fantastic, and both of which were recommended by a long-time social media friend.

After dinner we decided to go out for one more cocktail, and tried to get into an old speakeasy, only to find out there was already a two hour wait to get in. And it wasn't even 7pm! So we did some wandering and tried a bunch of other places, but everything had a 1-2 hour wait already.

Just on the verge of giving up, we stumbled on a place which is best described as "Mexican Hooters" and low and behold, there were seats open at the bar. We had a round of margaritas served by lovely ladies in tiny tube tops, and rested our weary feet.

Our return flight got changed so it leaves Chicago really late on Sunday evening, which means Emmeline and I have basically another full day. We're planning on another diner breakfast, some walking and shopping (need hit up Trader Joes, stock up on North American cold meds, and who knows what else!) and then an early dinner before we head to the airport.

Chicago, it's been a slice. I am exhausted, happy, and super inspired to keep growing my business in the company of all these amazing women.

Last Sunday I said that all of the day's ad revenue would go towards helping people in Ukraine. The total for the day was $116 and I'll be splitting it between Together Rising, which I know is directing funds to organizations with boots on the ground in Ukraine, and the World Food Program, which is working on providing food, or cash grants to buy food, to refugees.

There are lots of great grassroots initiatives to provide direct support to people in Ukraine as well. I've read about thousands of people booking AirBnB's in Ukraine as a way to send money to people in hard-hit areas, and Sarah also said that buying digital downloads from Ukrainian Etsy shops is another great way to send support.

A pretty quiet week this week due to travel, so just one post for ya - but it's a tasty one! These Vegan Poké Bowls are truly one of my favourite recipes for an easy meal where everyone can make their own bowls exactly how they like. 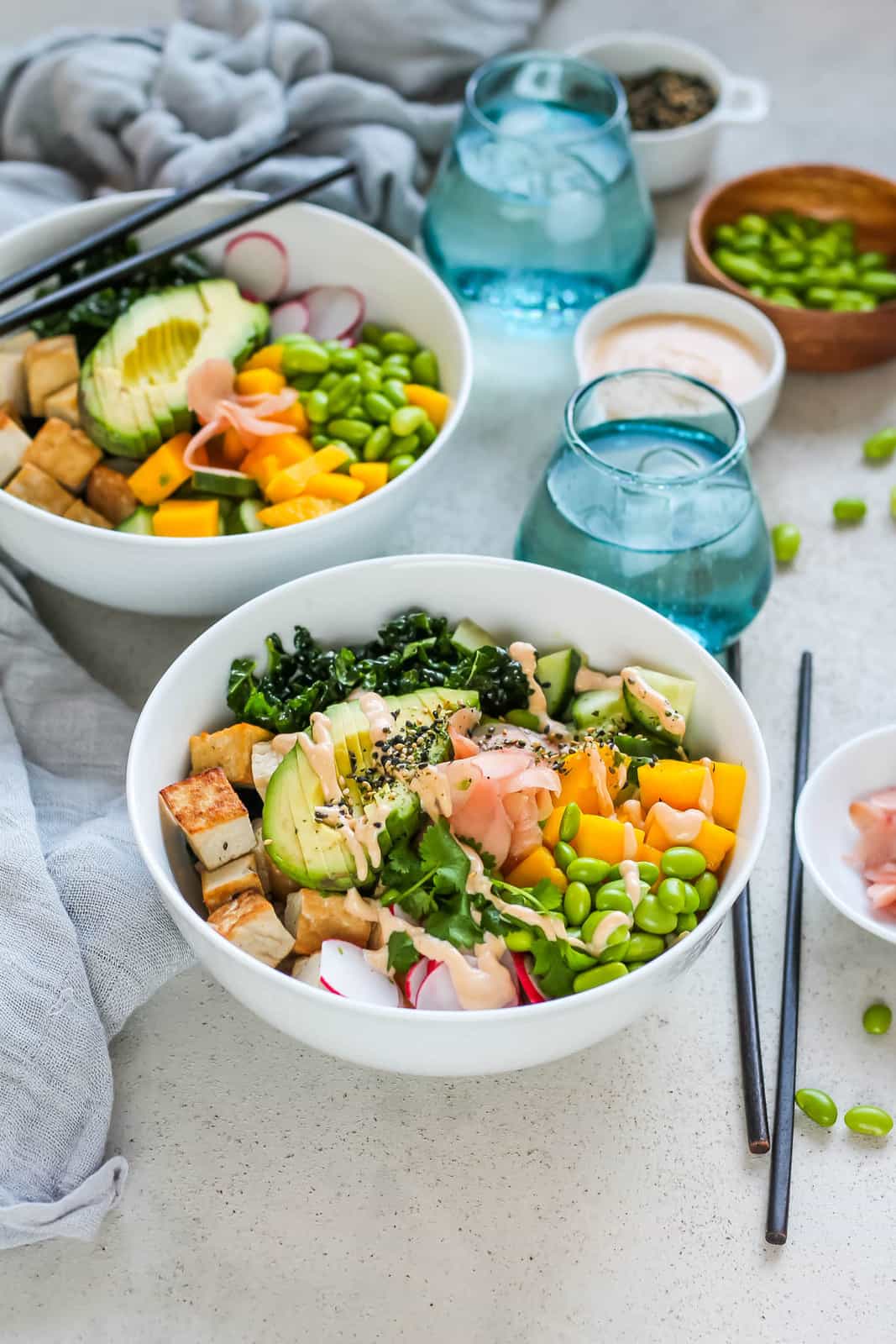 3. How to Cook Adzuki Beans. The people want to know!

5. Red Lentil Dal. This is so easy in the Instant Pot or Slow Cooker.

This is a favourite breakfast recipe in our home, too! My kids request it at least once a week. 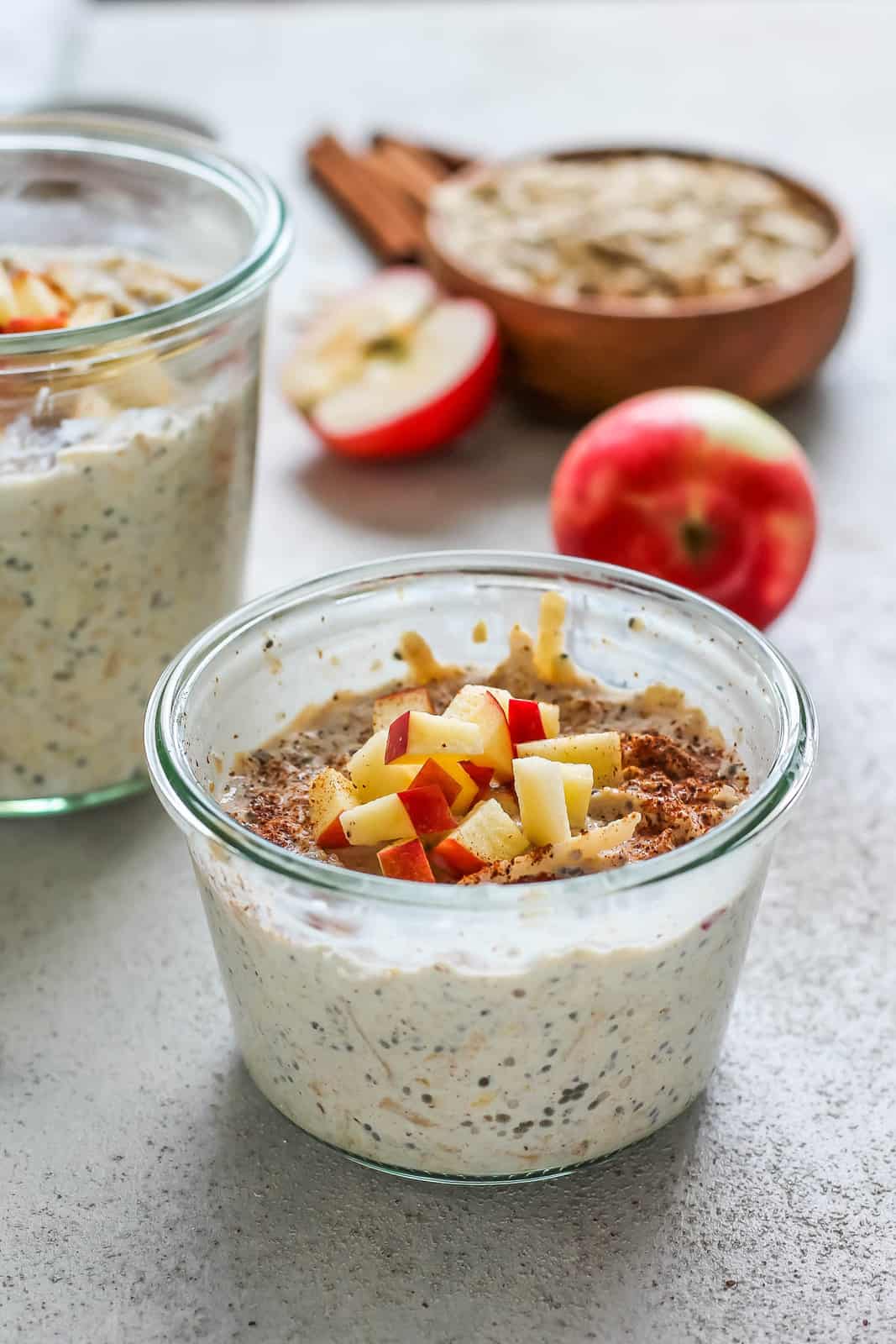 Time to shake off the jetlag and get back into the rhythm of things.

Monday: I get home late Monday, so will probably be scrounging some snacks for dinner.

Tuesday: Keeping things real simple with some mac and cheese from the freezer.

Wednesday: "Going Fishing" with homemade tomato soup and things to fish out of it, like fish crackers, pasta, cubes of cheese, etc.

Thursday: I have a work event that includes dinner.

Saturday: Making my Kale Lasagna with a batch of Instant Pot Pasta Sauce.

Sunday: Pizza night as per the usual. Making a double batch of Spelt Pizza Dough and will freeze half.