We just got back from two weeks in Tenerife, taking a break from the dark and cold Swedish winter and soaking up some sunshine before we tackle the long stretch until summer. 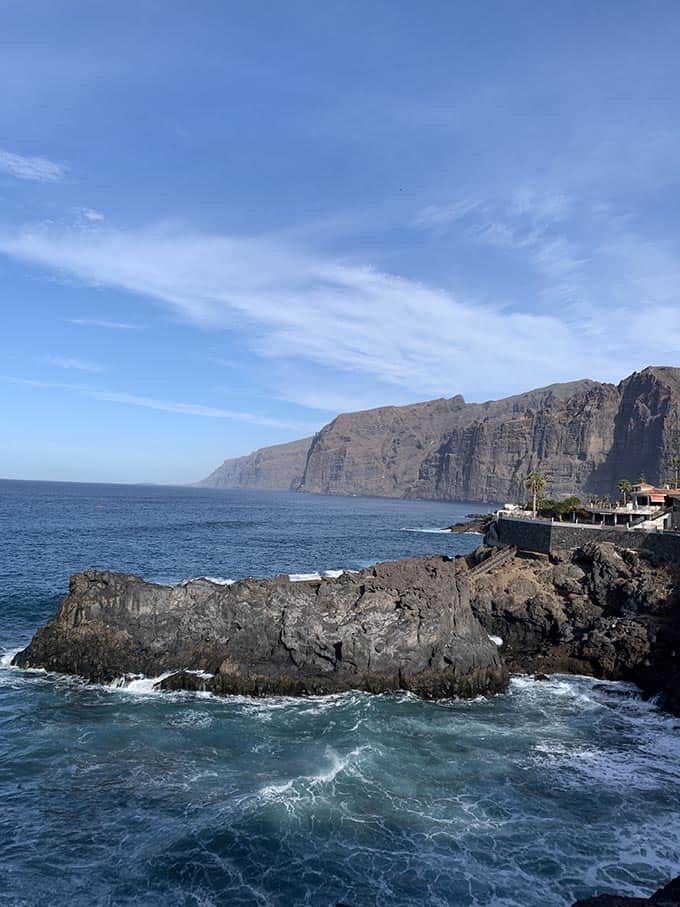 We booked the tickets earlier in the autumn when the whole covid situation seemed more under control, and then omicron exploded but it wasn't really until a day or two before the trip that I was kind of like, uhhh is this a good idea? But we went for it anyways knowing that once we got there we'd be in an AirBnB where we could control our own environment, would make most of our meals at home and opt to eat in only outdoor restaurants, and would be spending most of our day at the beach or the pool in the open air.

Also, Spain has much stricter mask requirements (any indoor space - and we were also required to wear them at an outdoor water park) than Sweden does, where masks are recommended but not mandatory in most places, and mask use is astoundingly low. So it felt a little uncomfortable to think about the travel, but once we got there it was great.

It was our second trip to Tenerife, the first in 2019 just before the world went to hell, and longtime readers will recall our little one being sick the entire time we were there. He certainly made up for it this time, though! Both boys were in their element, splashing in the waves, body surfing or boogie boarding, and spending afternoons swimming in the pool at our apartment complex. 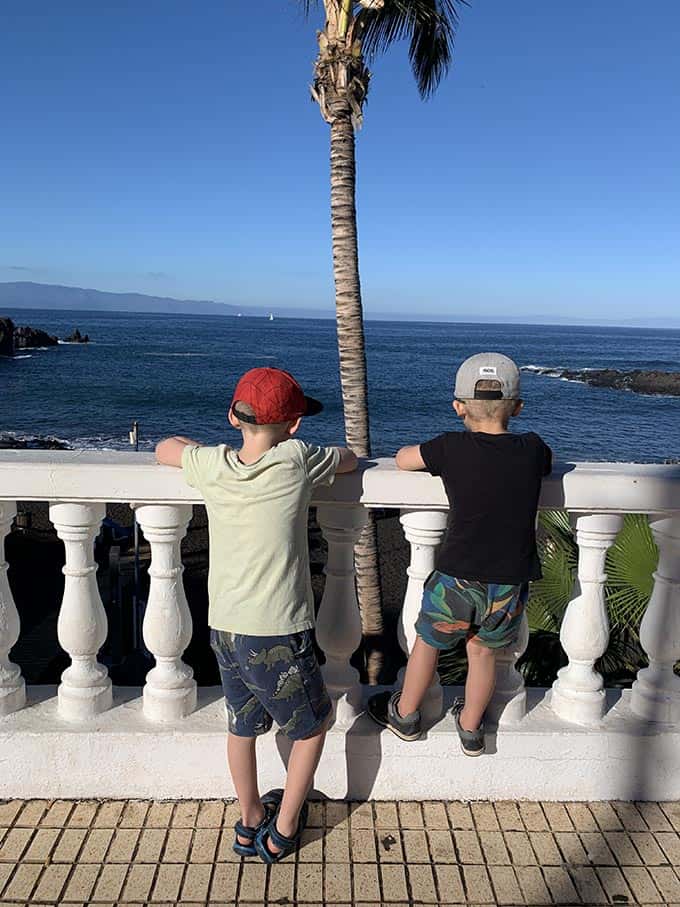 We settled into a routine where Paul would head out surfing most mornings and I'd get up and do some blog work or read until the kids got up. Then I'd take them on a "croissant walk" for breakfast, where we'd go and pick up croissants from a local bakery and eat them on a bench by the beach.

Once Paul got home I'd head out for a walk or a run, and then we'd head to the beach or pool as a family. I alternated longer runs from the 10K training program with shorter, super hilly interval training sessions, and it felt good on the legs. As someone who historically would pack training gear on vacations but never take it out of the suitcase, it has felt good to keep up with running on recent trips. 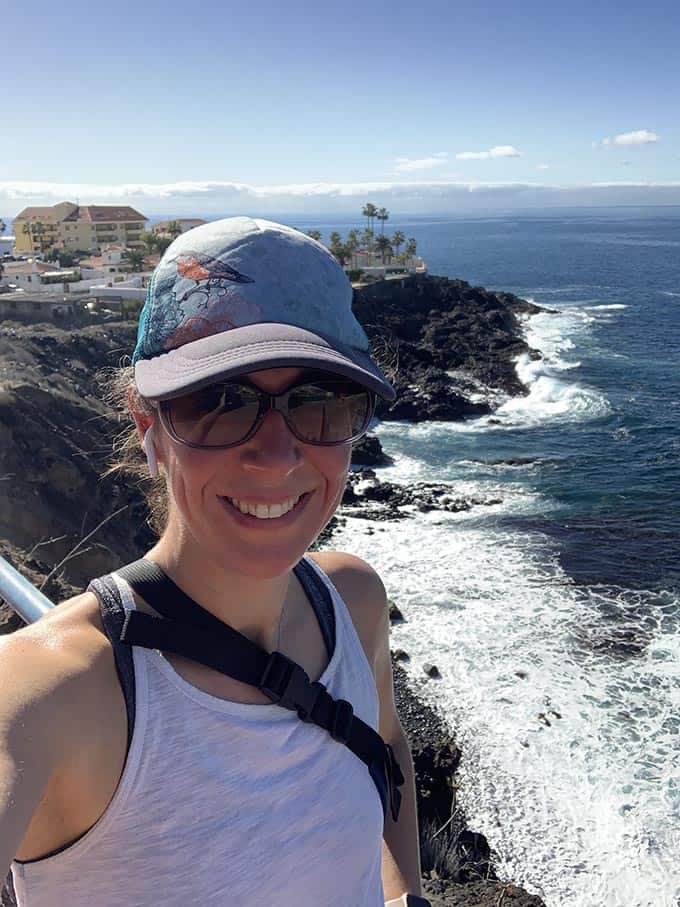 One totally awesome outcome from this trip is that we managed to potty train Odin while we were away! We missed our window in the summer and with all of the layers and gear that Swedish winters require, it felt like we were going to have to wait until Easter at least. But we packed the potty on this trip and wouldn't you know it, the second morning we were here the "diaper fairy" came and took away all of the diapers we had packed!

He had #1 down right away - turns out all of those times he'd tell me he needed to pee and then would stand in front of the toilet with his pants down for 30 minutes he must have actually been doing something. #2 took a little more work, but on the 3rd day he looked at me with panic in his eyes and yelled "MOM I NEED TO GO!" and we jumped onto the potty.

Good news, right? Yes, except it took him SIX HOURS to relax enough to let that turd out. SIX HOURS!!! But I was determined to win the battle of the turd and he was insistent that he needed to go, so I sent Paul and Niko to the beach and told them we'd catch up whenever we were finished.

But it was time well spent because he's had a 100% success rate since then. He's still wearing diapers at night because I am not enough of a glutton for punishment to also tackle night training on vacation, and I'm hoping that he'll naturally night train himself after a few weeks like his big brother did.

That one night diaper aside, I'm thrilled to finally have both kids out of diapers after nearly six consecutive years of wiping butts. And Odie is thrilled to be rocking cool Paw Patrol underwear like his big brother. 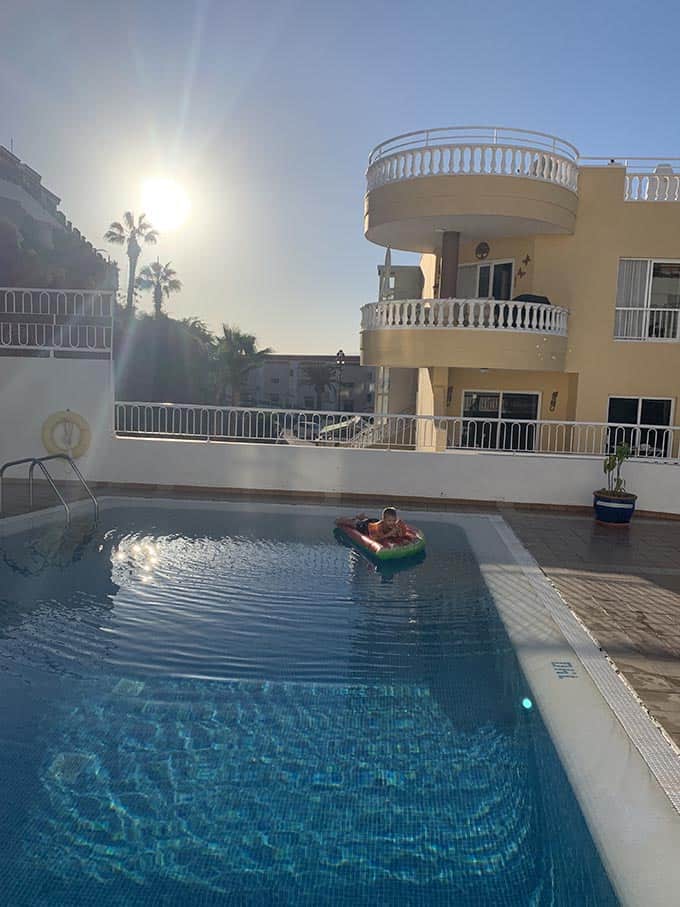 Anyways, two weeks in Tenerife was just what our weary souls needed. They had a heat wave and it was apparently the hottest New Years on record since 1995. Two weeks of warm weather, daily swimming, and so much of that volcanic black sand really hit the spot.

Now, back to reality.

Speaking of reality, I did write a Best of 2021 post where I reflected on the year gone by and had some loose thoughts on the coming year. I haven't done my goal setting for the year back, but am planning to tackle my Year Compass in the coming week, and I'm really looking forward to revisiting the compass from least year too.

It's been a couple of weeks since I posted WGTW so there's a bit of a backlog of new posts. First up, these Spelt Flour Pancakes, which are on rotation in our house just about every weekend. 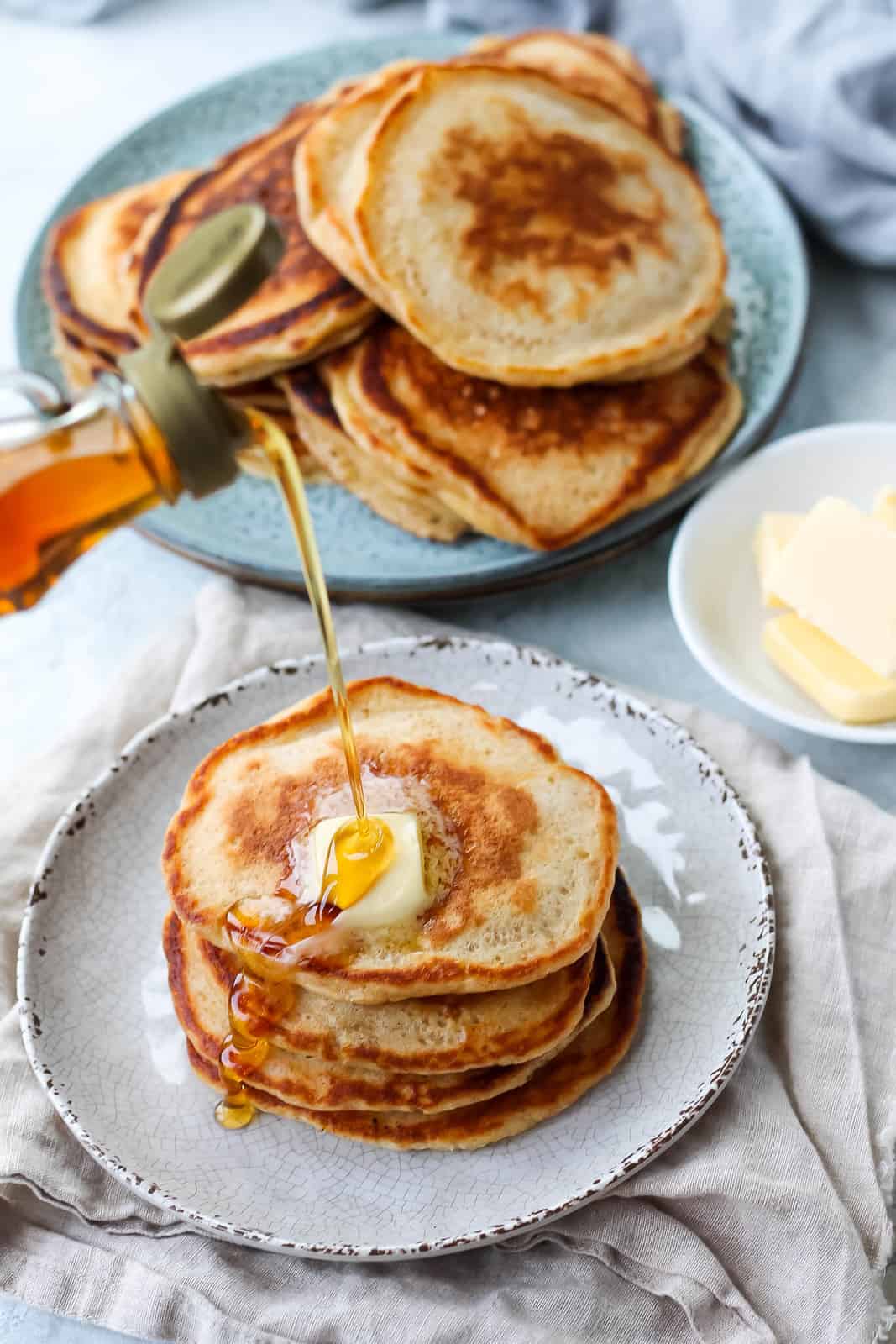 Next up, for those of you who got Air Fryers for Christmas, we rounded up 15 Vegetarian Air Fryer Recipes from around the web to get you started. 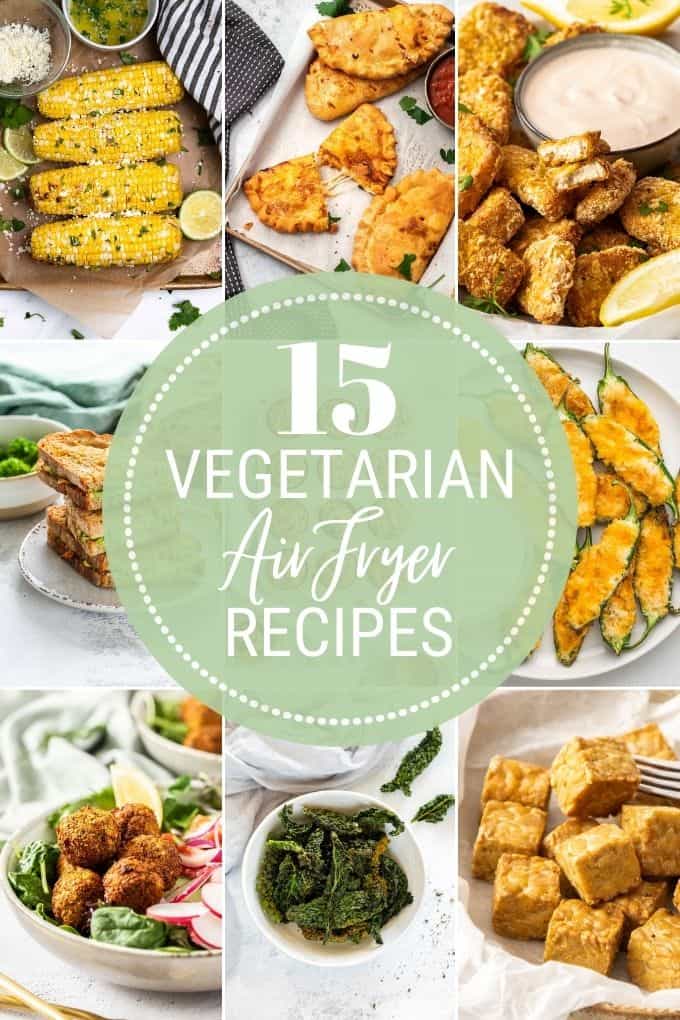 Guys, I'm suuuuper proud of this next recipe. This Vegetarian Dumpling Soup took several trials to nail, but it is so, so, so good. It's like a hug in a bowl! 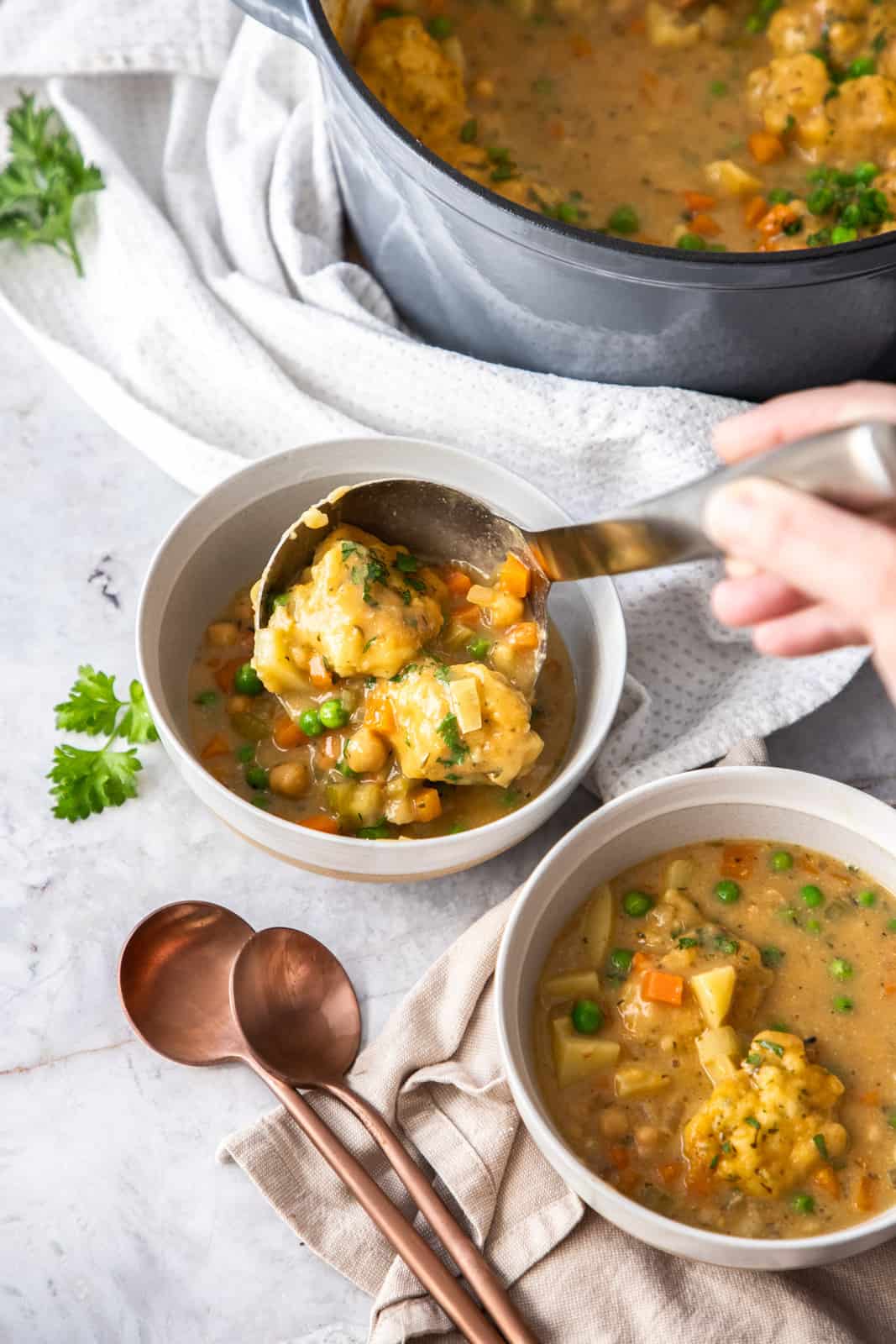 These Sriracha Tempeh Bowls are the perfect thing for anyone looking for a quick, easy, and delicious dinner. 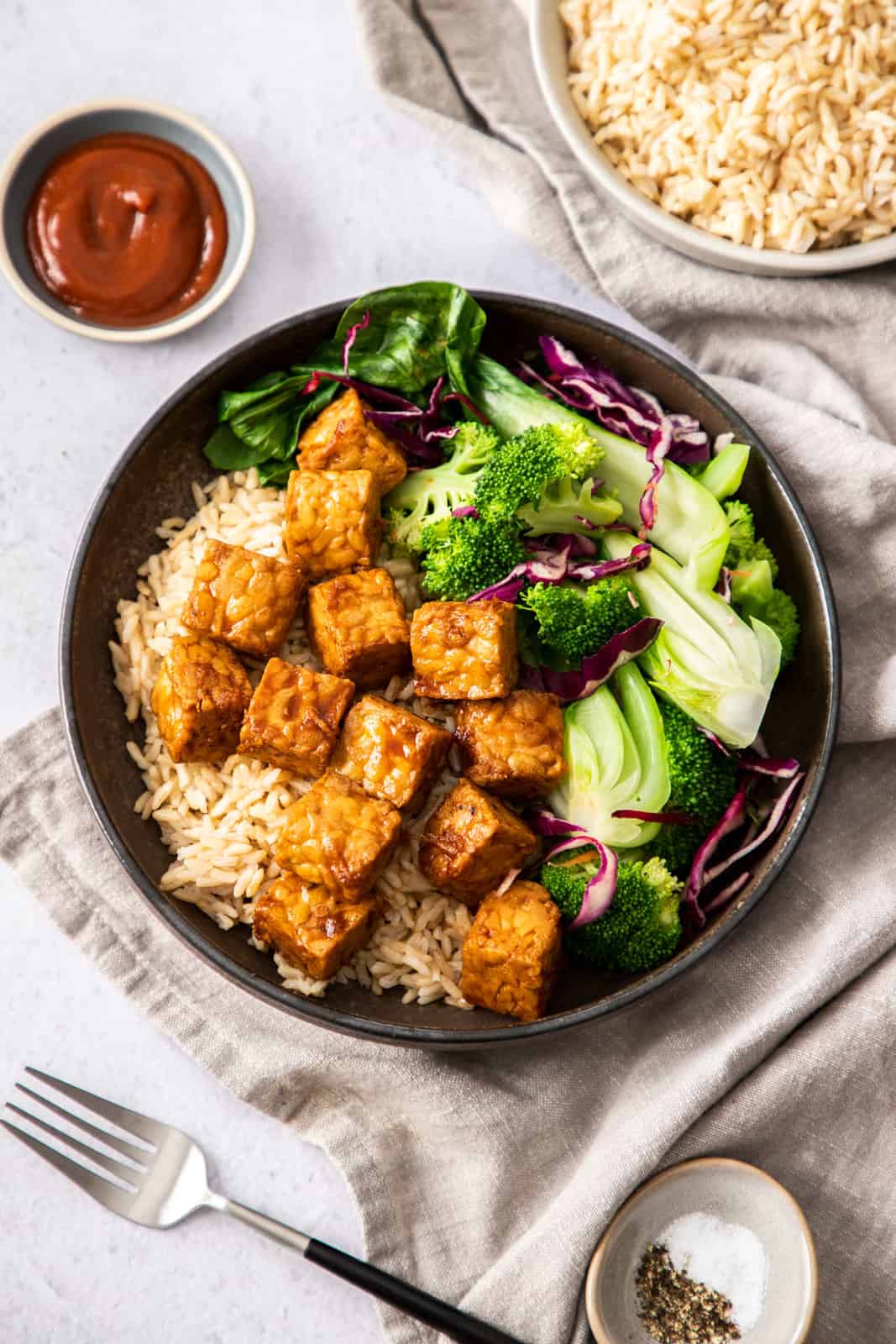 Or, go for a big batch of Vegan Chickpea Noodle Soup to keep yourself warm and well-fed. It's so easy when made in the Instant Pot, but of course there are stovetop instructions as well. 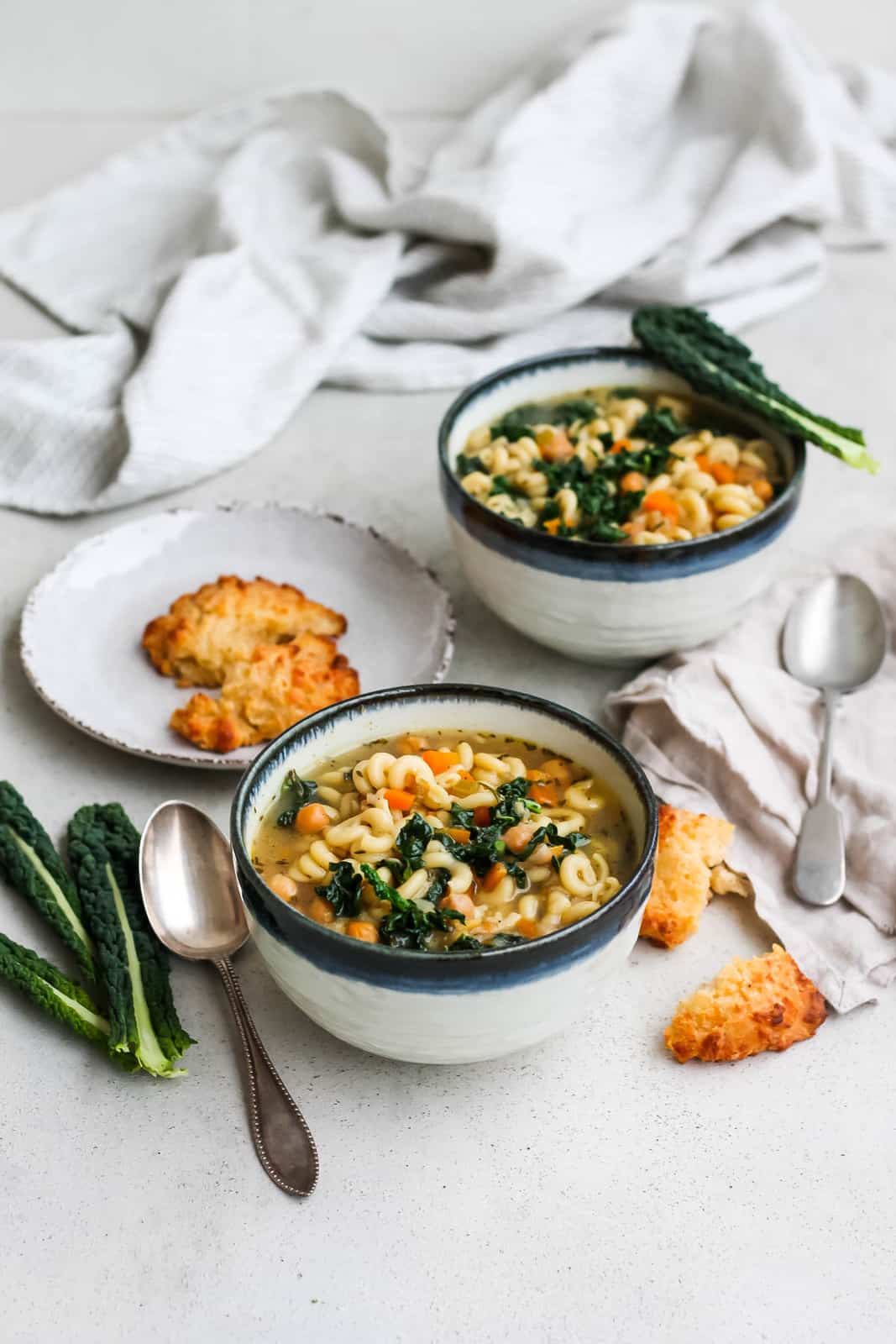 And last but not least, this guide to Batch Cooking for Beginners. Lots of great tips in there if you're trying to streamline your weekday routine with batch cooking. 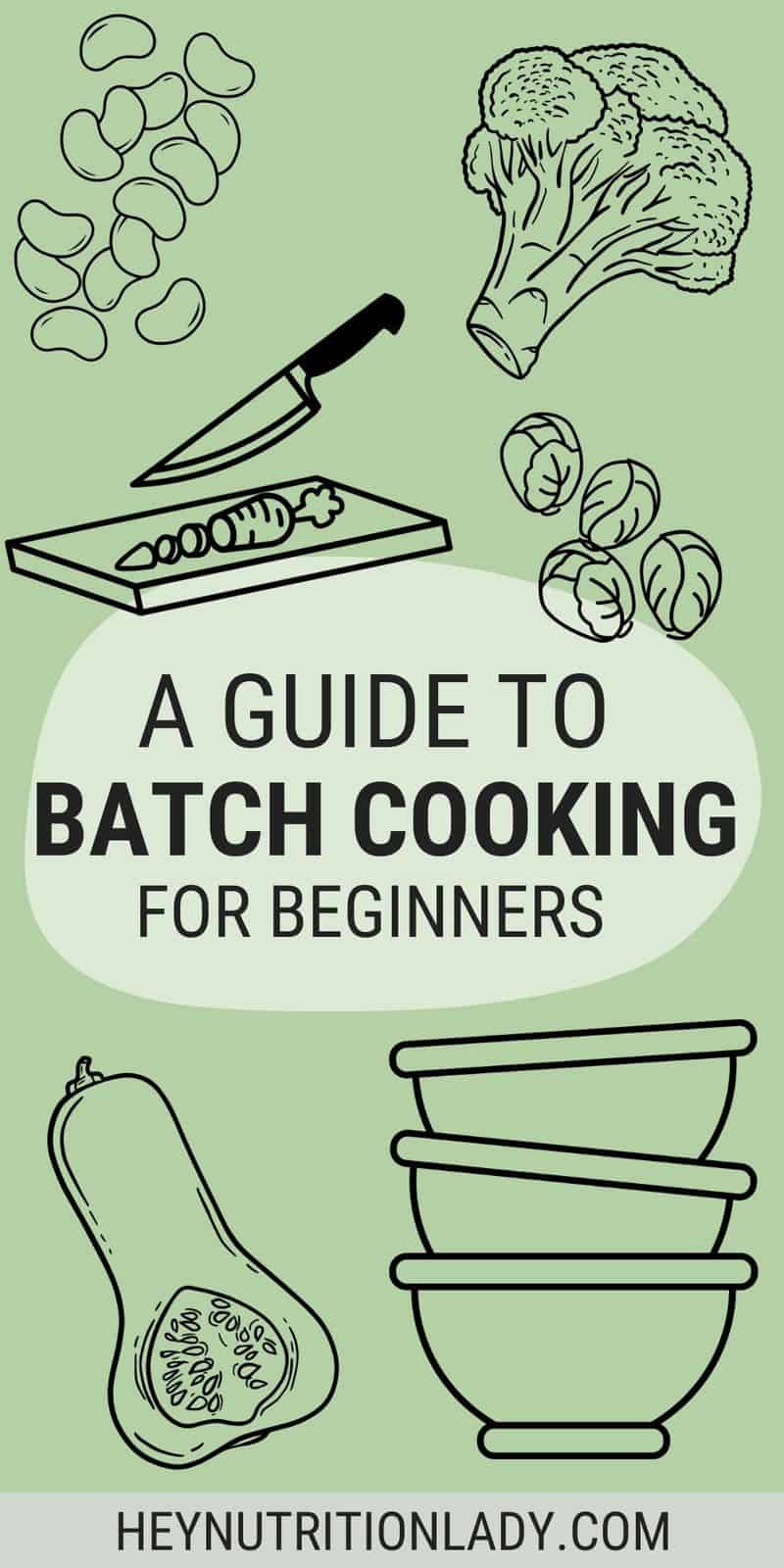 1. How to Cook Black Eyed Peas. This post BLEW UP over New Year's, even outpacing both mung posts for a few days.

3. Red Lentil Dal. This super easy and cozy recipe has been having a moment this week as well.

I did not have cardamom pods but only an old jar of cardamom powder so I added a teaspoon of that. Then at the end I took your suggestion and added roughly 1 & ½ teaspoon of the fenugreek leaves along with 1 teaspoon of dried cilantro. Finally, because we like a little heat, I added ¼ teaspoon ea of red pepper flakes and cayenne. It turned out great- best dal I've ever made! Thanks for the recipe; it's a keeper.

Love all the modifications, Rick. Good to know it turned out so well! 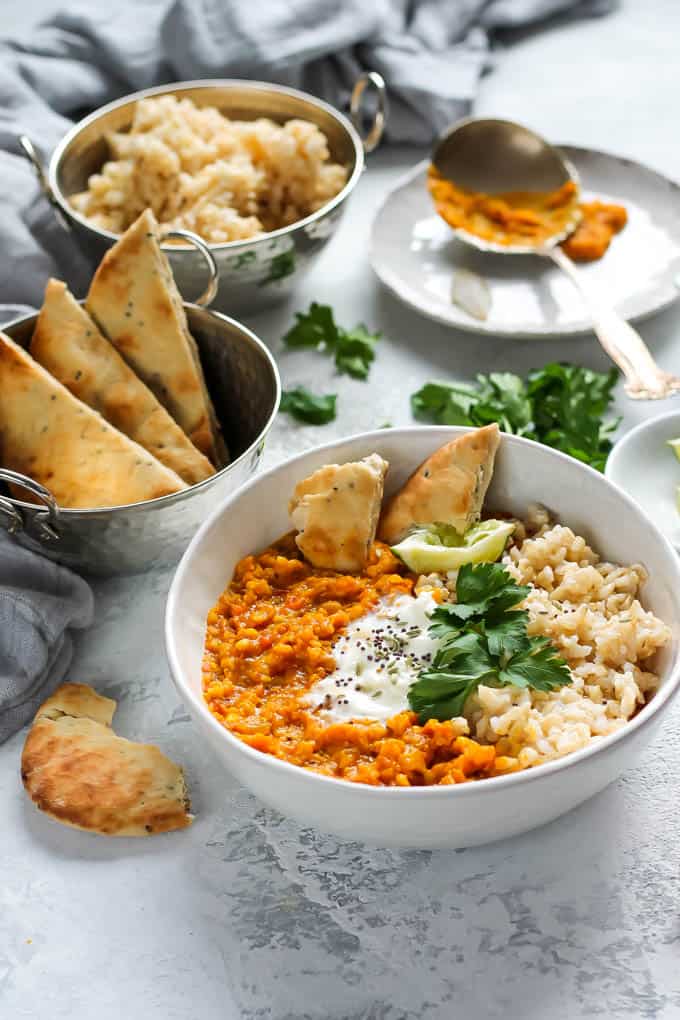 Time to get back into a routine and back to reality this week!

Monday: A big, big, big salad for me. Also rice n' beans for the kids.

Wednesday: My office has a book club meeting on Wednesday, so it'll probably be cheese and crackers for dinner.

Thursday: Going to be doing some recipe testing and eating the spoils.

Saturday: Fancy dinner. Not sure what's on the menu just yet.

Sunday: Pizza night. Glad I've got some Spelt Pizza Dough in the freezer.