This past week we went on a quick family trip to Portugal.

Paul has this dream of surfing with the boys, and although they're both clearly too young for surfing, we thought it would still be a fun trip for all, even just playing on the sand and splashing in the waves. We went to Lagos, and rented an AirBnB near the beach in a complex that had a pool.

My only ambition for the trip was to enjoy some time together, and to eat a minimum of one Portuguese custard tart (Pastéis de Nata) per day. I would say both were very successful. 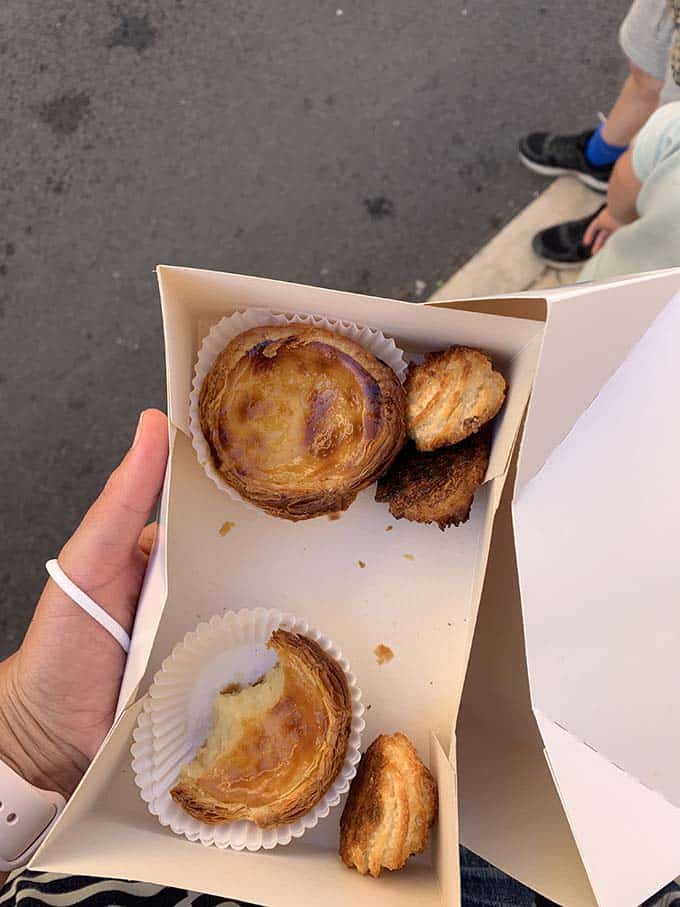 We arrived quite late on Saturday evening, so we pretty much just went and stuck our feet in the sand and then went for a late dinner. Portugal isn't the most vegetarian friendly country, so I knew I'd be eating a lot of carbs and side dishes at the local restaurants. No biggie on a short trip, and since we ate breakfast and lunch at our AirBnB, I just loaded up on protein then.

On Sunday the boys and I went wandering into town to see if we could pick up a cheap pair of flip flops (I realized on the way to the airport that I'd forgotten to pack their sandals) and we also managed to find some kids sunglasses that actually stayed on their little heads, which is nothing short of a miracle. And of course, we went hunting for custard tarts.

We tested out the pool in our complex, which was lovely but filled with FREEZING water, and then spent the afternoon on the beach. 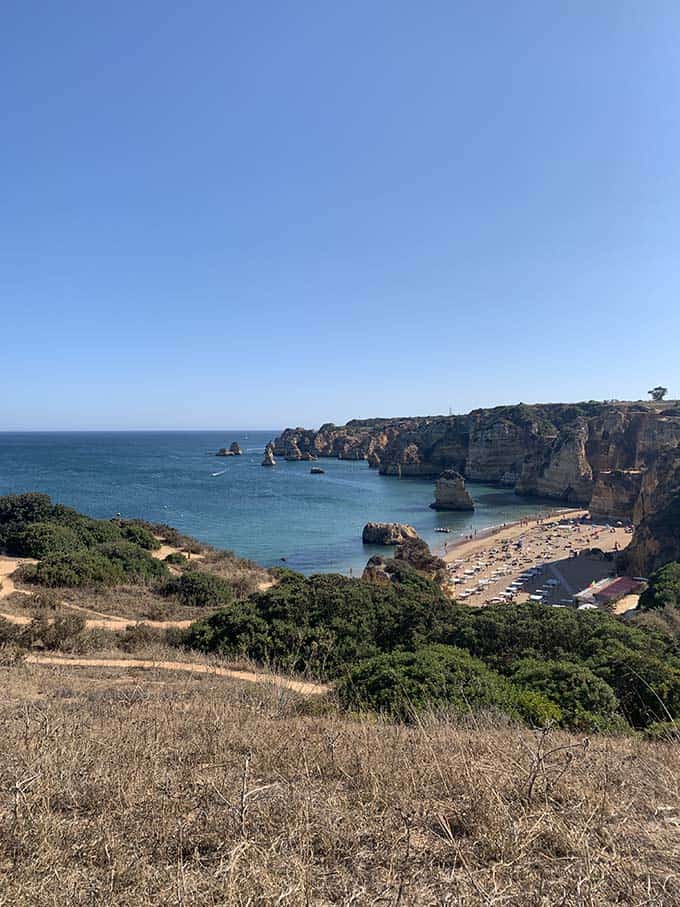 Sunday night little Odie woke up whimpering in the night and I went and lay in his bed with him to help get him settled. It was a good thing I was there because the next time he woke up crying it was clear he was going to be sick to his stomach.

Poor little dude came down with some sort of 24hr stomach bug and was just miserable. He spent Monday more or less out of commission (he even told me he was too tired for the iPad) so he and I chilled at the apartment while the big boys went to the surf beach.

On Tuesday we took the boys to a big waterpark, which was lots of fun. Since it was off-season it wasn't crowded and there were basically no lineups to get onto any of the slides. We had a super fun afternoon there.

When we came out of the waterpark and checked our phones, Paul got a text from our airline letting us know our flight back to Stockholm had been cancelled and they were working on booking us on another flight. Annoying, but within 30 minutes or so we got another message saying we were on a new flight, just no longer direct.

No big deal, we figured. We'll just be home about an hour later than planned. So we went out for a last dinner at a Portuguese restaurant, and set our alarms for 6am so we could get organized and pack up before we had to drive back to the airport.

Except that, for some reason we couldn't check in to the new flight. And the next morning when we woke up, Paul checked his phone and said, "oh my god, these flights are TOMORROW." 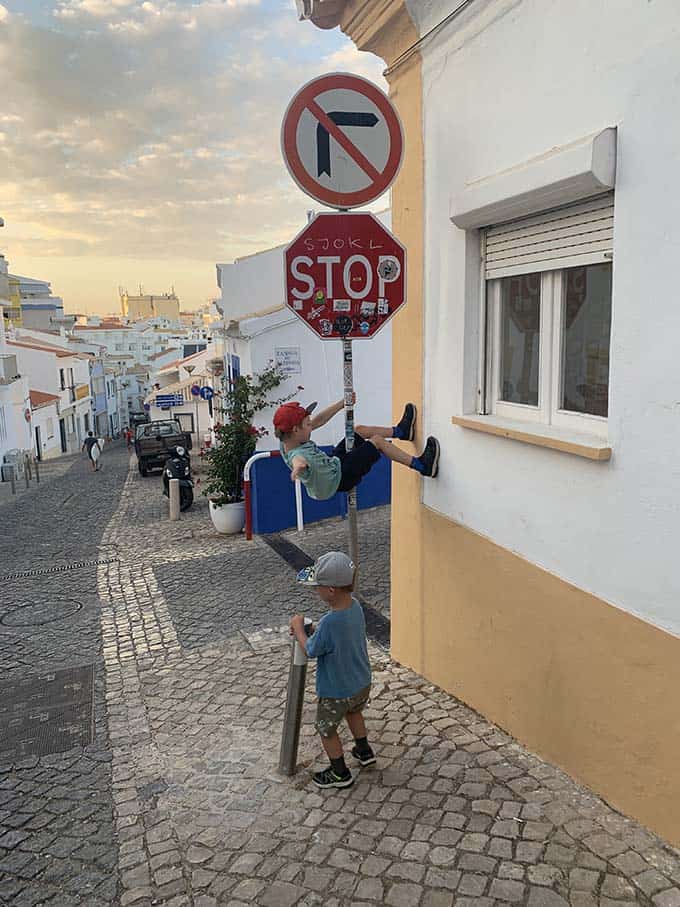 Cue us in a major panic, trying to see if we could extend our AirBnB for another day (luckily, we could), extending the car rental, and sorting out all sorts of work-related headaches that were caused by travelling back a day later than planned. We divided-and-conquered during the morning so we could handle work stuff, and then decided to make the best of our bonus day and head back to the surf beach as a family, since Odin and I had missed out the first time.

The second we walked out of the door of the surf shop with rented boards and a boogie board for the kids, Niko threw up in the parking lot. Whatever stomach bug had taken Odin down earlier in the week had moved over to him, and now we were stuck on the beach, unable to return the boards since the surf shop was closing for siesta.

Poor guy was miserable, so I shelled out for a beach umbrella and lounging chairs so we could lay in the shade. I suppose in the end it was lucky we weren't travelling back that day. 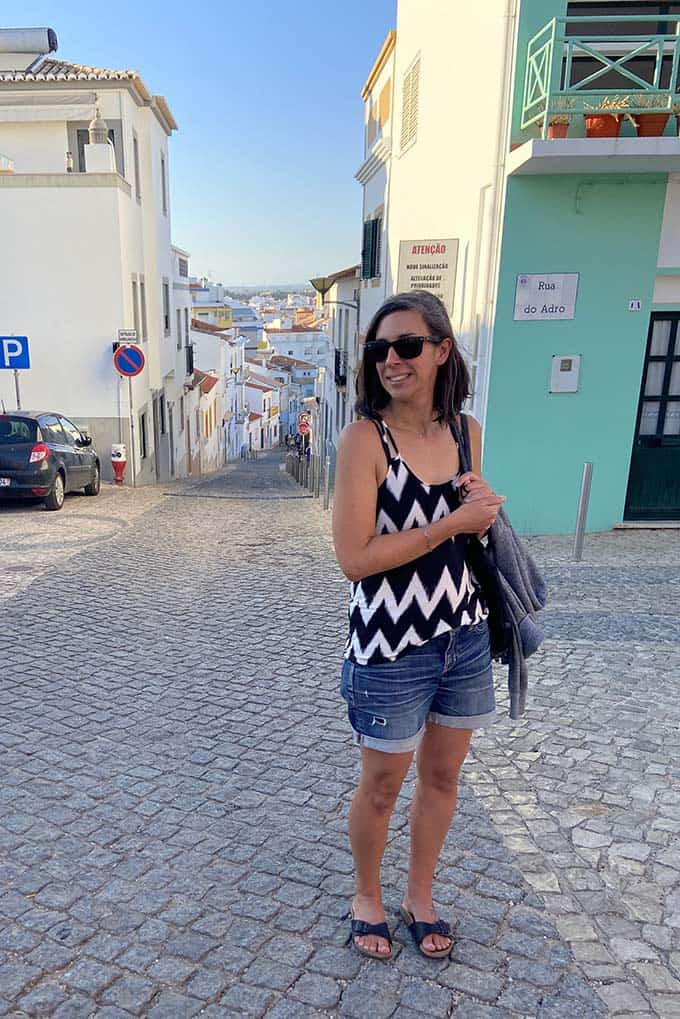 By the next morning we was perfectly fine, and we made the trek back home. First to Lisbon, and then to Stockholm. We were very lucky to be upgraded to business class on our re-booked flights, which made the journey home all the more pleasant.

I asked Paul if he felt closer to his dream of surfing with the boys, and he said if anything it feels a little further away. It'll probably be a few years before we attempt a surf trip with the kids again, but hey, we tried.

First up is this cozy, carby, comforting Cheesy Cauliflower Bake. It's a lightened up riff on a classic mac and cheese recipe that replaces some of the cheese with cauliflower purée. 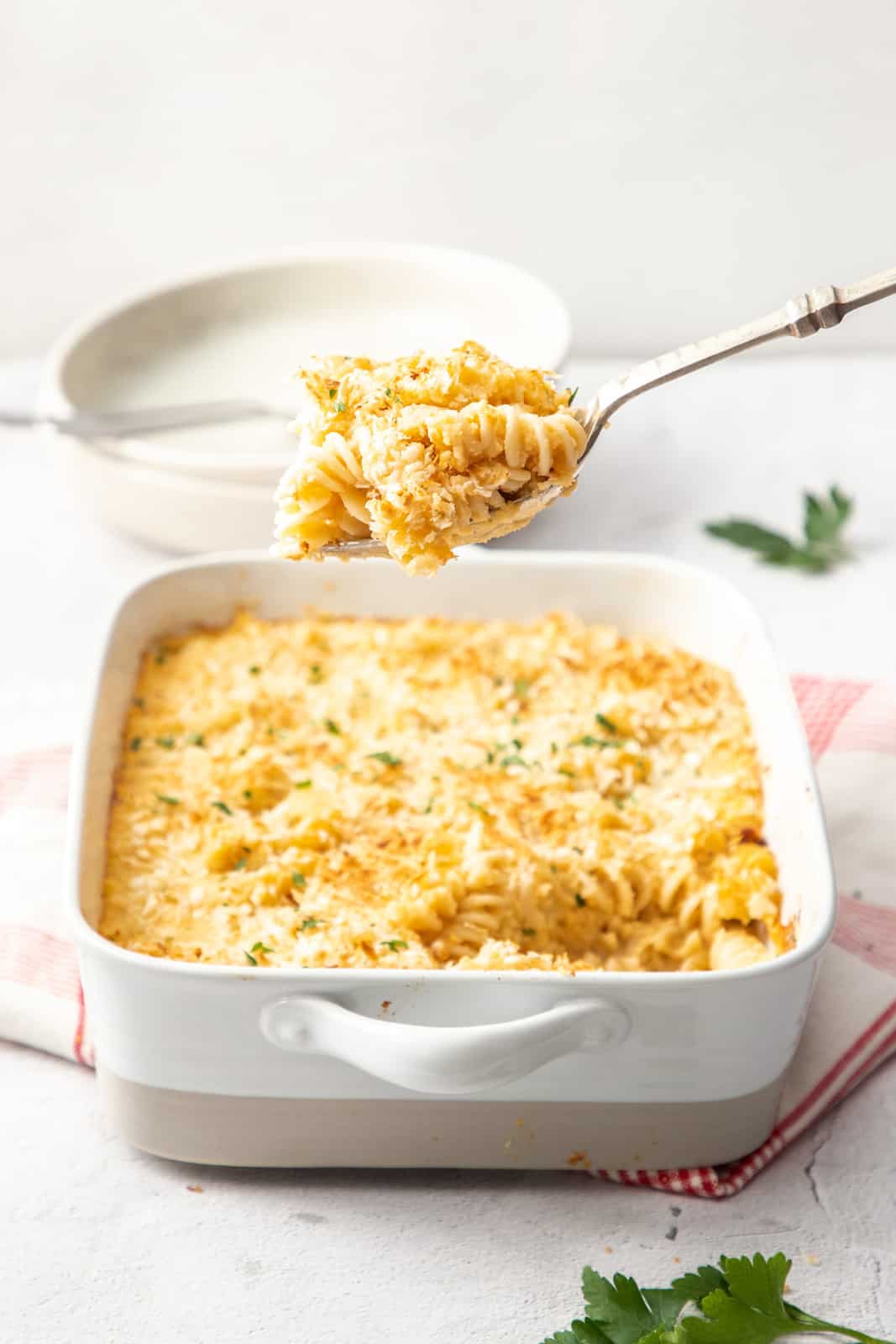 Next, a super easy recipe for Instant Pot Apple Butter. I call this "No Frills Apple Butter" because there's no sugar and no other added ingredients in the recipe. Don't worry if you don't have an Instant Pot, there are stovetop instructions as well! 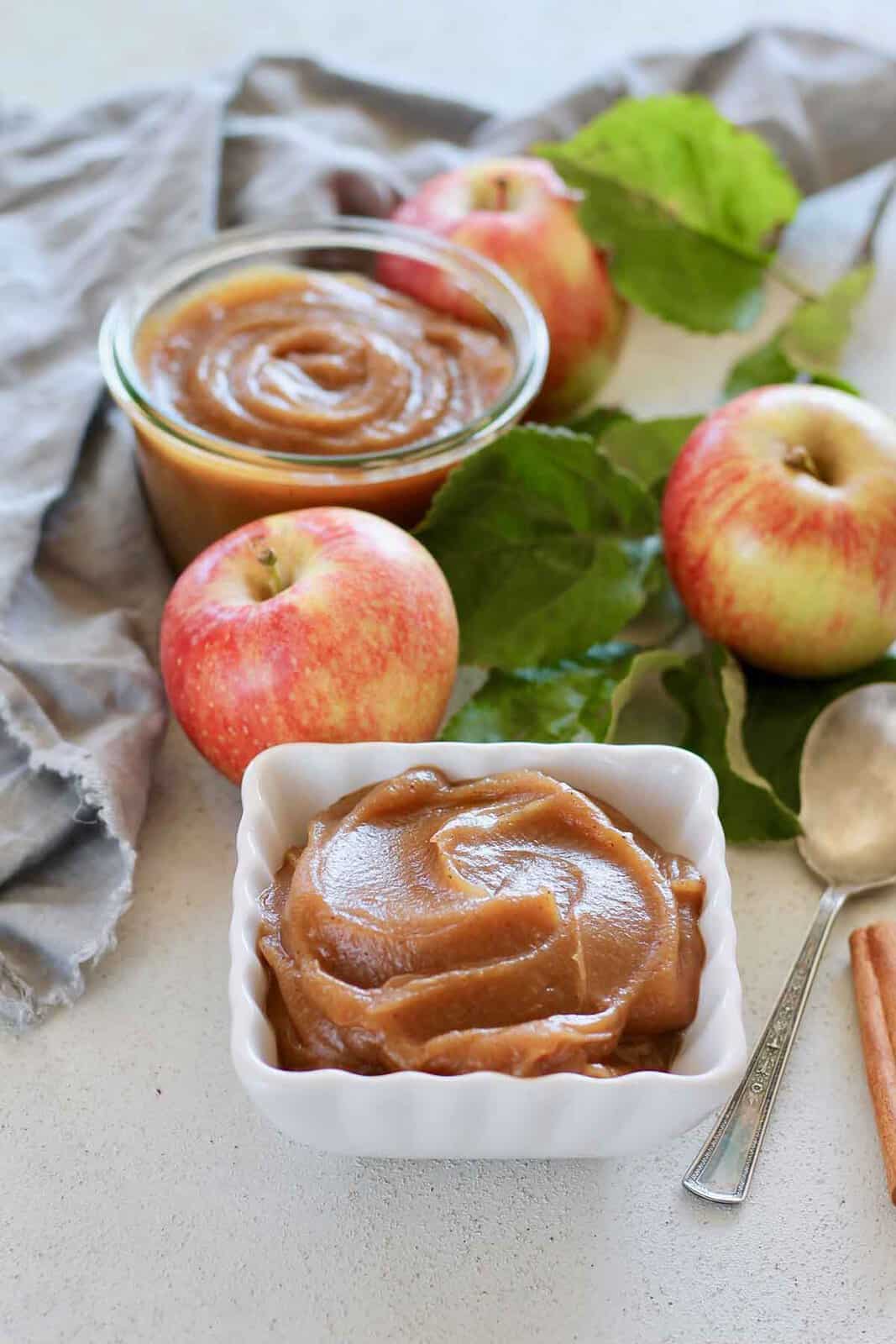 And lastly, these Apple Crumble Bars. They use apple butter in the filling, so make one, make both, and give yourself a good old pat on the back. 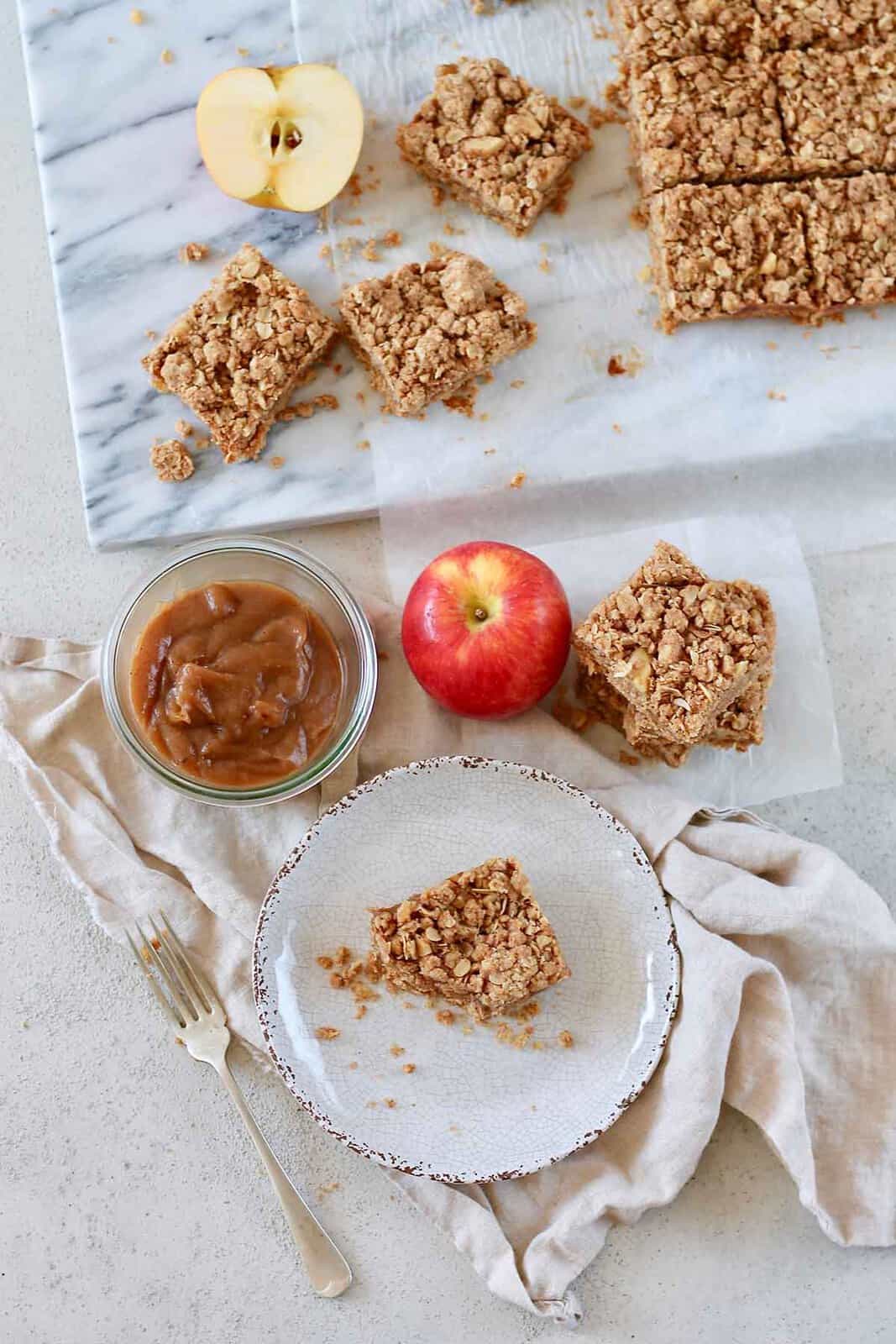 3. Turmeric Latte Mix. You know it!

Applesauce is such a pleasure to make this time of year. Had a variety of apples and it turned out great without any sugar added. I added one large cinnamon stick to the apples. I had Summer Rambo, Macintosh, Honey crisp and Smoke House apples. I had been making it in the slow cooker on low for 4 or 5 hours, Nice to be reminded of the pressure cooker and get it done much faster.

Yes! The Instant Pot is a BOSS at making a quick batch of applesauce. 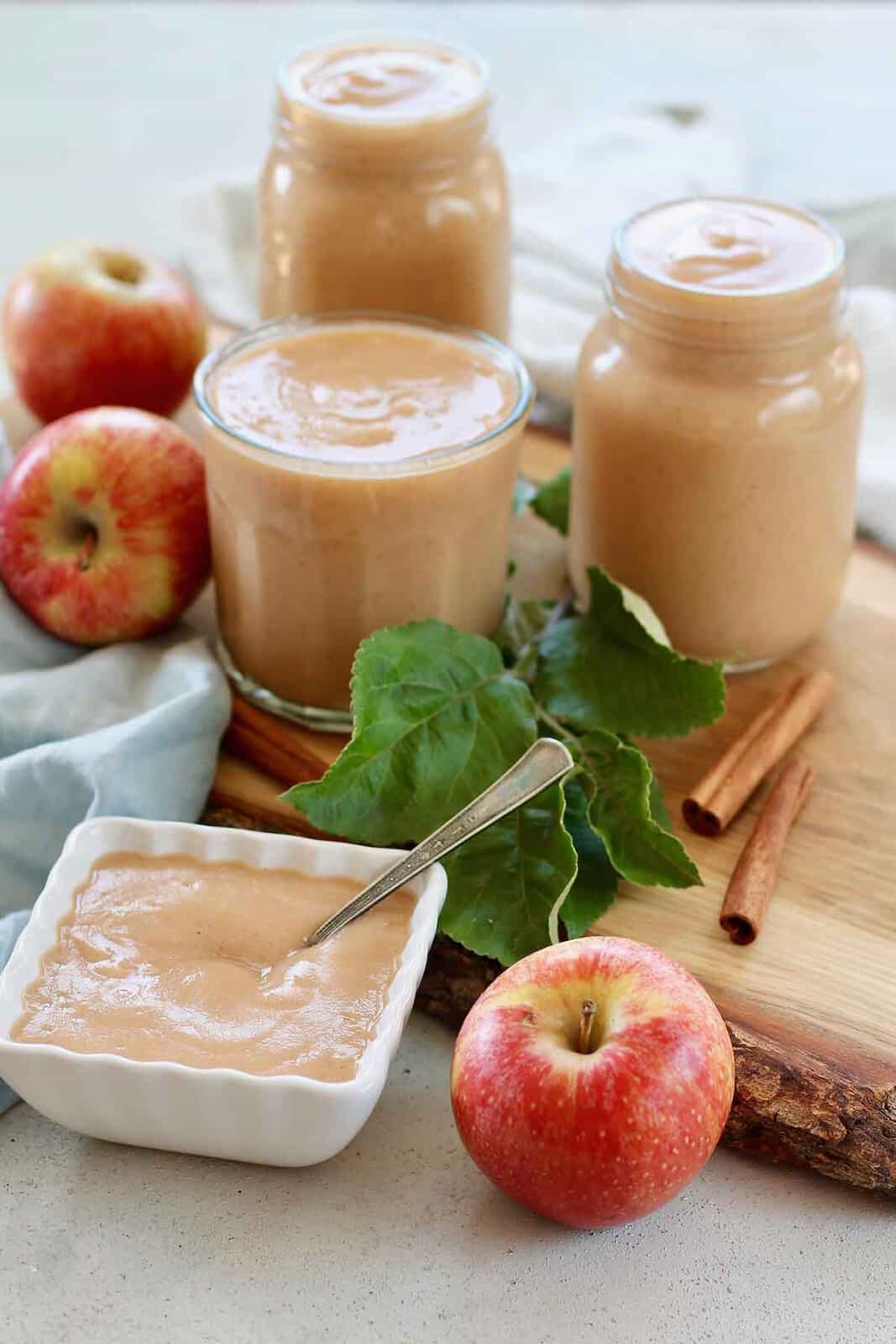 Back into a regular routine this week with a lot more veggies and a lot less custard tarts.

Monday: Big salad! I've got some kale that needs using so am going to make a Massaged Kale Salad.

Tuesday: Out for dinner with a friend.

Wednesday: Big salad for me. Beans and buns for the kids.

Friday: Snack Dinner! Probably will make a Vegetarian Cheese Board.

Saturday: Family dinner - don't know what we're having yet.