Hey friends, hope you've had a good week. It's been a bit of a heavy one in the world, so hopefully everyone is doing ok.

I've been watching the situation in Afghanistan unfold with such a heavy heart, and as usual, when I'm at a loss for anything else to do (and frankly, not really qualified to help anyways) my tendency is to throw some money at the problem.

My go-to for making donations is Together Rising, an organization I have followed for many years (headed by the magnificent Glennon Doyle). I know that they are fastidious in their research to make sure that every penny that is donated makes it to people who are on the ground who can divert it to those in need. Not one penny goes into their operating costs, which is pretty phenomenal. At the moment they are taking donations to support families in Afghanistan, and I know it will be money spent wisely.

My sister also forwarded an email from good friend of ours who is a journalist who lives in Jordan and covers the Middle-East. She has suggested making donations to the International Women's Media Foundation, who have urgently requested funds to help women journalists in Afghanistan. Women journalists are among the most at-risk population in Afghanistan at this time, and these donations are needed specifically to ensure the safety of these women as they attempt to flee the country.

Sunday tends to be my highest traffic and also highest ad revenue day of the week, which is largely thanks you YOU, the WGTW crew. This week I'll be donating 100% of the ad revenue from Sunday to these two organizations. If you're able to spare even a few dollars (which I totally get not everyone is these days) I hope you will do the same. 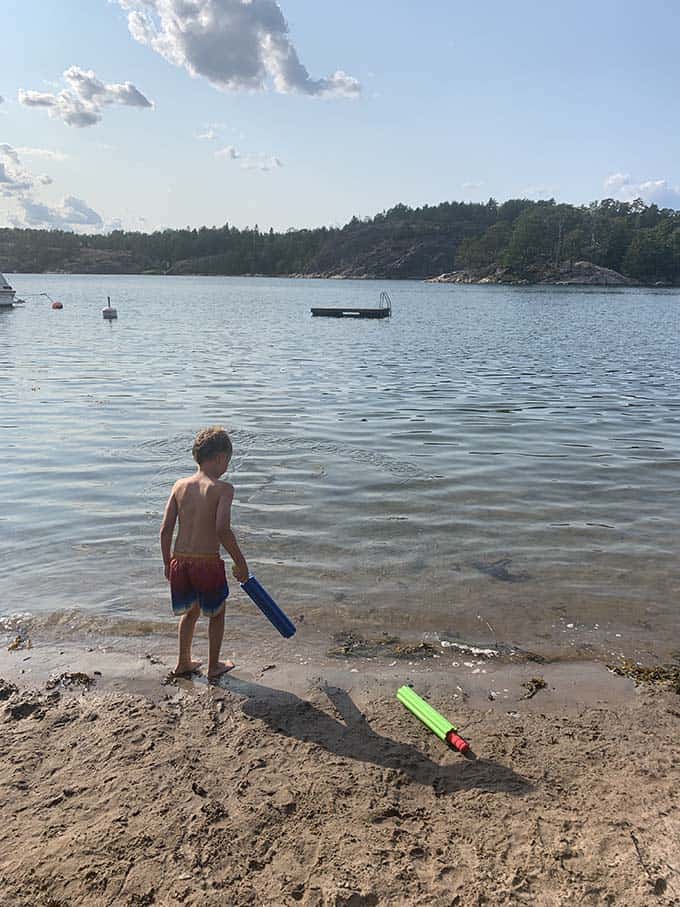 Where did summer go?!

Are things still summery where you're at? Here in Stockholm the temperatures have really dropped in the last couple of weeks, and it's been grey and drizzly and not summery in the slightest.

I was running around in the pouring rain trying to find somewhere to go for lunch with a colleague when he started complaining about the weather and I was like, well at least we're back at work, right? But then I looked at the calendar and remembered that it's freaking August and it should be much warmer than this.

Don't get me wrong, I'm glad we had great weather on vacation. Sweden pretty much shuts down for vacation in July, and last year we had a grey, cold, drizzly July and a hot and sunny August, which was super depressing. But I'd still like to squeeze out a bit more summering before we really get into the cold, dark months ahead of us.

So remember last week when I was bragging about being back in the running game? Yeah, ugh. That was short lived.

A week or so ago I went out for a run and half way though my calves suddenly spasmed to the point that I couldn't take another step. I spent the week working them out with a foam roller, taking magnesium supplements, and doing some yoga classes for runners.

I managed to go for a couple of shorter runs during the week, and even got to the point that the foam rolling wasn't painful anymore, so headed out for a run on Friday morning hoping I could smash out the next run of the 10K training program. But no. About 12 minutes in my left calf spasmed so intensely I had to abort mission and catch a boat back across the lake I was running around.

Ughhhhh I'm so beyond frustrated. If it's not one thing it's another and it seems like my body is really set against me becoming a runner again. I was reading that calf cramps are most often caused by weak glutes (which I have been working on) and hamstrings, so I'm hoping that with some more targeted exercises I can solve this issue as well. 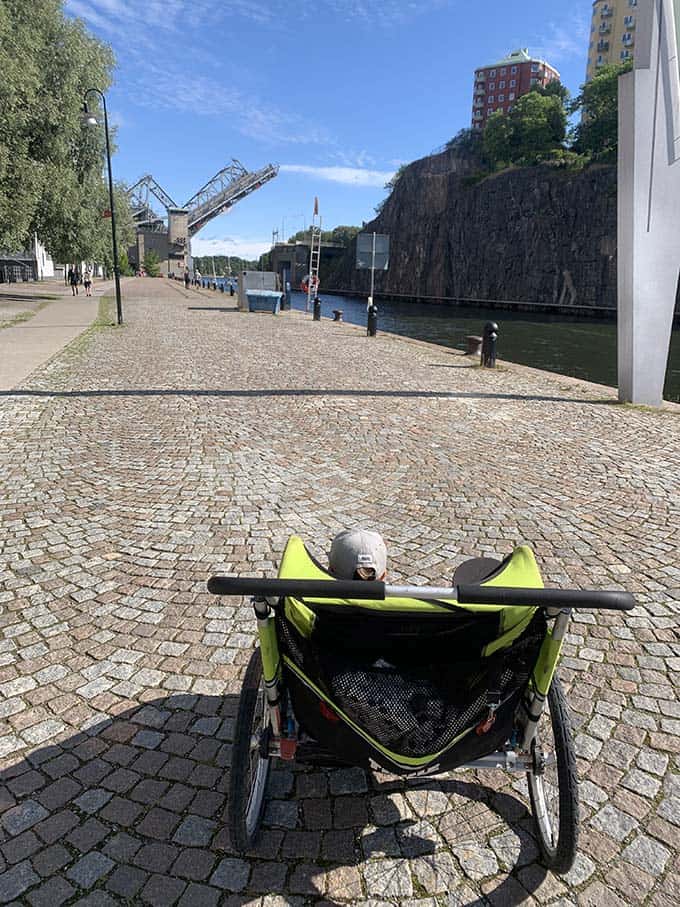 Hey, like it or not back to school / work lunch packing season is on us! What's your work situation going to be like? Staying at home? Going back to the office? A hybrid?

My company is opting for a hybrid model for now, where people can choose what they're most comfortable with. I tend to go into the office at least three days a week, partly because I'm on the management team and my presence is sort of expected, and partly because it's so good for my brain to be there.

I find that working from home can be great at times when I need to focus or when I have a particularly hectic day with the kids, but it's been honestly terrible for my mental health. Being around other people keeps my anxiety at bay, and even the stimulation of walking all the way from my desk to the office kitchen for a glass of water and chatting with a handful of people on the way is such a welcome change from moving 1.5 meters from my kitchen table to the sink.

I'm updating a lot of my old back-to-school and lunch packing content in the coming weeks, so whatever your situation is, I hope you'll find it useful! 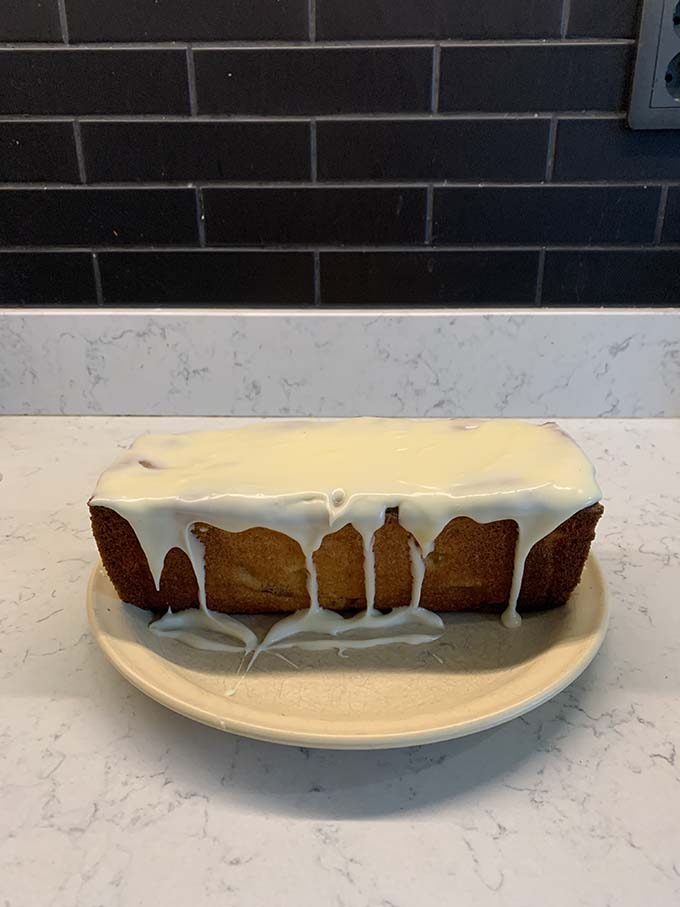 I've also been baking a lot lately with the kids and I thought maybe you'd enjoy these recipes as well.

First we made a batch of my go-to Salted Chocolate Chunk Cookies. I don't use quite as much chocolate as the recipe calls for, but otherwise follow it to a T. Typically I only bake off 6-8 cookies at a time, and freeze the rest already scooped into balls so I can pull out a few whenever I feel like a warm chocolate chip cookie.

Then, I had a hankering to make zucchini bread and was like, hmm, who has the best zucchini bread recipe? So I turned to my girl Erika from The Pancake Princess who does bake-offs comparing the top recipes on the internet, and checked out the results of her Zucchini Bread Bake-off.

I made the winning recipe, which happens to be Deb's Ultimate Zucchini Bread, but baked it into 12 large muffins instead of a loaf. It is very good, and I'd probably make it again but try to reduce the sugar just a bit and mix in some whole grain flour because, well, I am who I am.

Lastly, we made this Peach Pound Cake from Foodess, and if there's one thing I really must insist you make while the summer stone fruit is still around this is it. We used nectarines instead of peaches because that's what we had kicking around, and it was perfection.

First up this week, another addition to my bean empire, everything you ever wanted to know about How to Cook Black Eyed Peas. It took several trials to nail the perfect cooking time in the Instant Pot, but I want it to be really right for you guys!

And next, since lunch packing season us upon us, I shared some Lunch Packing Tips to help get you inspired and organized! 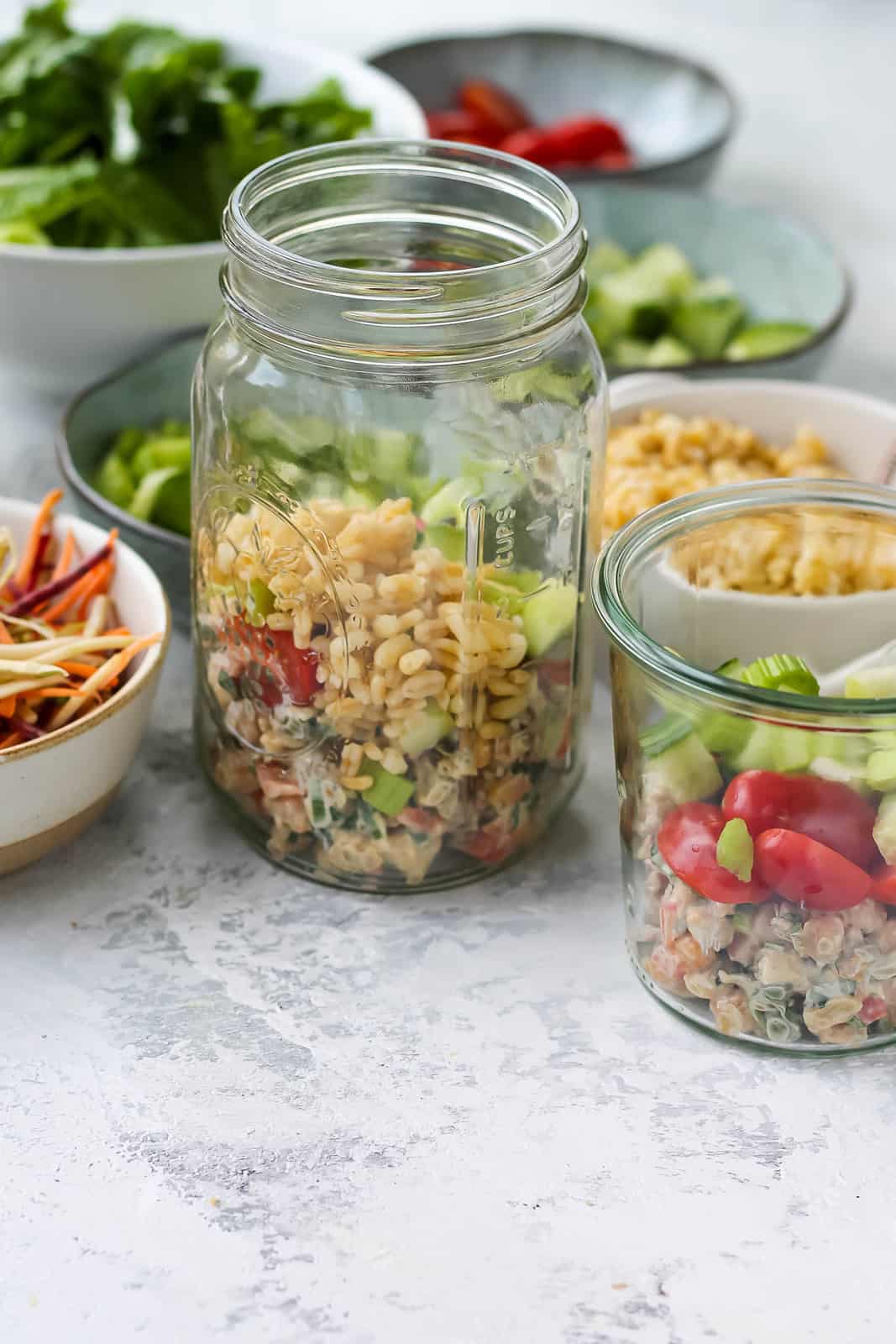 4. 10-Minute Vegetable Ramen Noodles. So simple and so tasty.

I’m completely surprised by how much I enjoyed this! I’m not a sesame oil fan but decided to follow your recipe exactly (resisted the urge to add soy sauce – thankfully!). I can’t believe how tasty it is. Just what the doctor ordered. Thank you for this one!

Glad to have provided a happy surprise, Colleen! This is one of my favourites for a quick and easy meal for one. 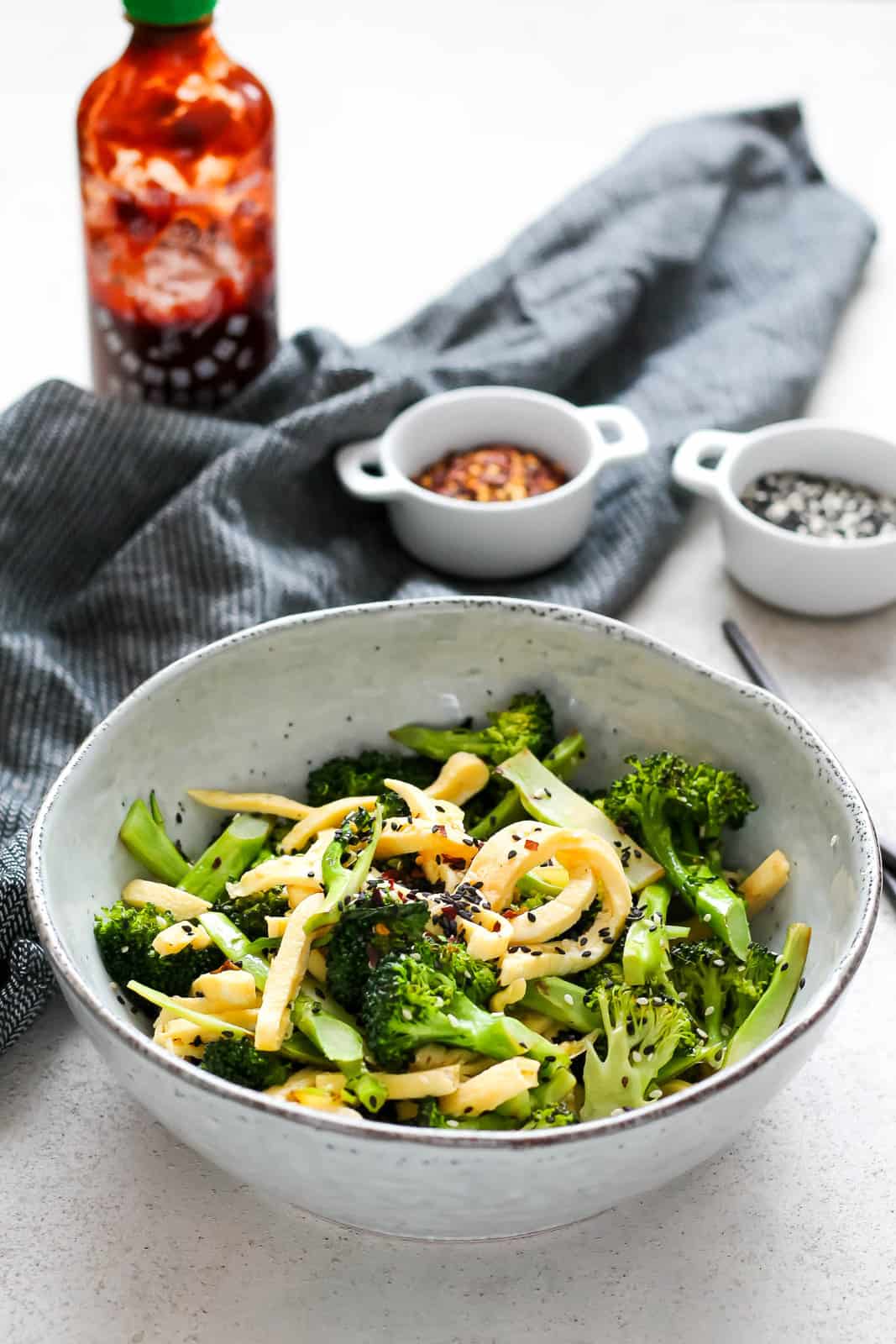 Monday - Need to recover from the weekend. Big salad!

Tuesday - Leftover Mac and Cheese from the weekend. (I used this recipe - my favourite for a luxury mac and cheese)

Wednesday - Savory Dutch Baby with veggies on the side.

Friday - Hosting a girl's night! Thinking I'll do a Vegetarian Cheese Board and maybe some pizza.

Saturday - Not sure yet! We've been having family dinners on Saturdays and usually try to make something fancy.

Sunday - Pizza night for sure. Making a double batch of Spelt Pizza Dough and will freeze half.