It's me your long-lost friend the Nutrition Lady!

Guys, I really didn't mean to disappear on you like that, it just kinda happened. I thought I had posted at least once in May, but when I looked back I realized my last post was April 30th so I guess not. And then the weeks kept rolling by and it seemed more and more like I was just going to take the summer off, and so I did.

Sarah kept asking if I was going to at the very least put an out of office notice on the homepage but I was like, meh, I checked with the boss (that's me - I'm the boss) and she said I don't have to. Summers in Sweden can be really hit and miss weather-wise, but this year the sun was shining, the rosé was perfectly chilled, and my motivation to sit inside and work on my time off from my full-time job was non-existent.

I spent a lot of time hanging out with friends, including my Swedish food blogger friend Emmeline from Always Use Butter who makes the best g-damn Buffalo Cauliflower Tacos which are - no exaggeration - one of the best things I have ever eaten in my life and you seriously need to get them into your face at your earliest convenience. Like, now. Check your priorities.

So what DID I do over the past few months? You mean other than sitting in the sun and drinking wine and eating tacos?

Well, first and foremost, I got vaccinated! Vaccine roll-out has been slow here in Sweden, so I my age group didn't open up until early June. I got my first dose in June and my second in August and as of tomorrow (Monday) I will have hit that magical 14 day mark and be considered fully vaccinated. Phew!

I was absolutely overcome with emotion both times they stuck that needle in my arm, beyond grateful for the medical professionals and researchers who have been working tirelessly to help end this nightmare we're living in. It remains to be seen what being fully vaccinated really means, what with these gnarly variants floating around, but I'm proud to have done MY part and be part of the global team effort to end this thing.

Another big (to me) milestone I hit this summer was that I FINALLY finished the C25K running program.

It's supposed to be an eight-week program but it took me more or less twice that amount of time to finish it. At first I decided to do all of the weeks twice to have a slower build-up, and then got derailed a few times due to illness or injury. I think I repeated week five at least three times.

I struggled with hip pain for some time, which is what derailed my progress when I last attempted a return to running, but my favourite crazy endurance athlete suggested that the problem may not actually be my hips, but weak glutes instead. And turns out he was right - after a few weeks of butt-strengthening exercises the hip pain all but disappeared and I was able to finish the program.

Since I'm a glutton for punishment - and also because I like not having to think about what to do - I downloaded the 10K training app and started that program last week. I'm sure that one will also take at least twice as long as the program intends, but it feels good to be running again after all these years, and I'm enjoying spending time on myself and feeling strong and fit. 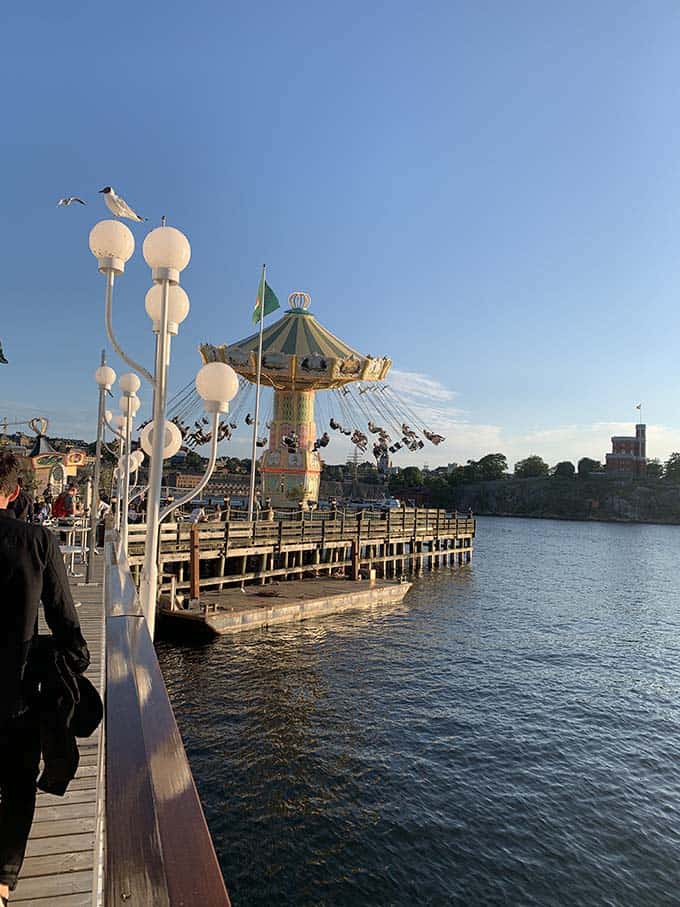 Books! I've been reading and listening to a lot of books.

Normally I get up early and spend a couple of hours working on the blog before I go to work, but since I was on blog vacation, I would instead get up and read while drinking my morning tea. I read:

Yearbook in particular was a lot of fun, partly because I listened to the audiobook which was produced incredibly well with various actors lending their voices to the story, but also because I grew up in Vancouver in the same neighbourhood that Seth Rogen went to high school in, so all of the places he was talking about were familiar to me.

Dune was a pick from my office's book club, and although it's not really my genre I decided to read it since the company buys the books for everyone, and I did enjoy it a lot more than I expected. It was also cool to get it under my belt before the new movie comes out in September. 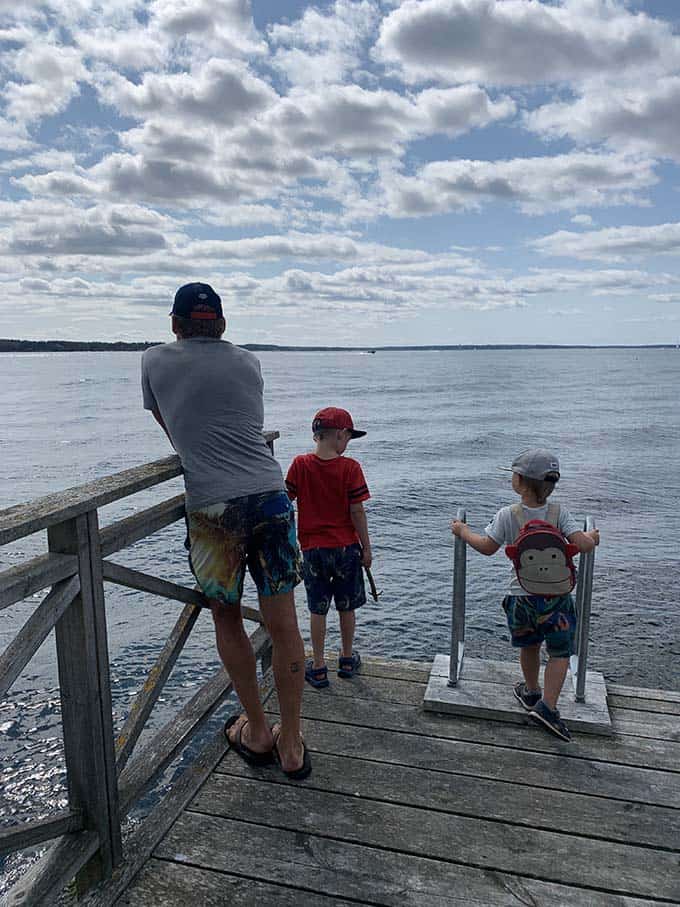 We didn't get vaccinated early enough to be eligible to travel back to Canada this summer, but, you know, first world problems. I have high hopes for summer 2022 in that department.

Being that we were stuck on this side of the world for another summer, we decided to make the best of it and spent most of it together as a family. I took four weeks off from work, which would be considered a short-to-average summer vacation in Sweden.

The first week we spent puttering around Stockholm and surrounding area, took the kids to an amusement park and a few other local sites. It was HOT that week, so I was grateful to plunge into the water whenever possible. Many cold showers were had.

Then we spent a week at a house we rented in the archipelagos, where I easily could have stayed for two weeks had it not been for the exorbitant price tag it came with. The house was big and modern, with lots of space for everyone, and there was a trampoline in the yard which was a huge hit with the kids.

It was so lovely to be able to sit on the deck with my morning tea and a book and just let the kids run around the yard, go jump on the trampoline, or kick a ball around, pausing only to break up some fight or another. It really made me question how much longer I want to live in the city in a small apartment. But I digress.

We were only a few minutes from the beach, so spent most afternoons (or mornings and afternoons) splashing around in the water. Otherwise we just relaxed, cooked good food, and enjoyed being out of the city.

After a few days back in Stockholm we hopped on a flight to Mallora (or, as Odin keeps saying to me, "Actually, it's Dad's Orca."

I wasn't sure if I was going to go on this trip at first as I felt super uncomfortable with the idea of getting on a plane, but I'm really glad I went. Everyone had to have a negative covid test within 48 hours of the flight and we were masked up the whole time, so it felt pretty safe. And when we got there mask use was MUCH more prevalent than in Stockholm.

We rented an apartment on AirBnb, rented a car which meant we avoided taxis and public transit, and ate all of our dinners in open-air restaurants. The airport was uncomfortably crowded on the way back, but otherwise we felt comfortable and safe the whole time.

The kids had a blast there, and once again spent most of the day in the water. Our apartment complex had a pool which we were in at least twice a day, as well as a spacious sandy beach just moments away.

All in all it was a very good summer, and it went entirely too fast. 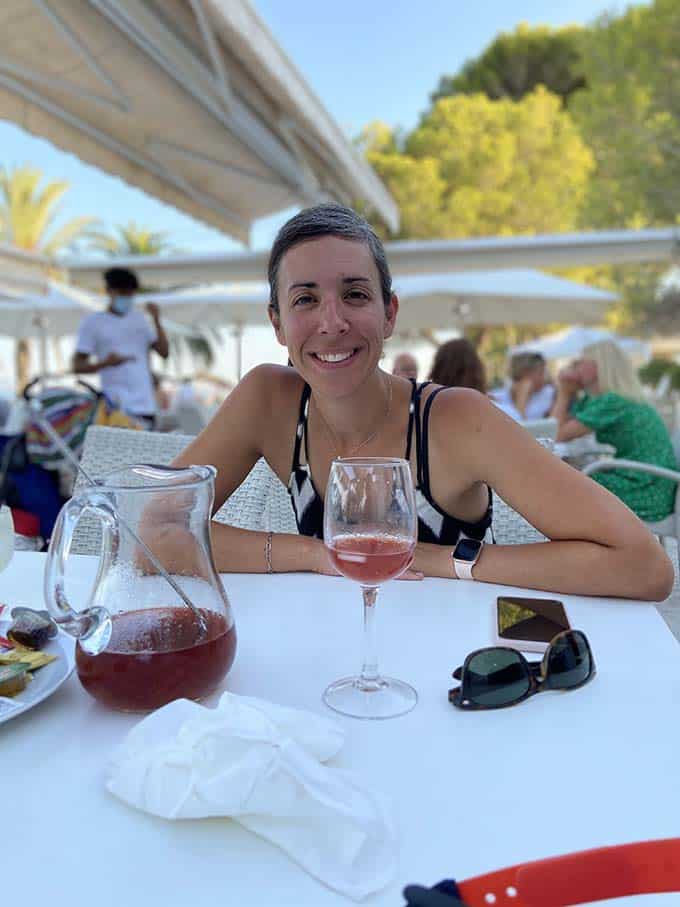 Now we're all back at it, back to work and back to school, and I'm trying to get back in the swing of blogging as well.

I think I'll be back here regularly-ish, but probably won't get back to cranking out 3-4 posts per week like I did before. I've reflected a lot about what this blog means to me and how I'm thankful that it's grown to the point over the past year where I can completely neglect it for a few months and it continues to be profitable. Thank you 2018-2020 Katie for all of your hard work - it's totally paying off!

I really enjoyed having time to spend on myself. Getting back to running, reading books, and spending time with friends without stressing that I should be writing a post or organizing a photoshoot. Food blogging, when done well, takes a tremendous amount of time and effort, and I realized that I wore myself the heck out trying to stay competitive on top of a full-time job and two kids.

I also realized, that while I love my full-time job and am really thriving at it, I always plan in breaks - summer vacations, weekends off, etc. So I should be better at planning in breaks from the blog as well.

In the coming weeks you can anticipate some new content here and there, along with lots of older content that I'm editing and re-publishing. Earlier this week I deleted 500 words about my love-hate relationship with the farmer's market from a post I published in 2018. For Pete's sake Katie, shut up! Nobody cares!

Since I wasn't publishing over the summer I had my videographer get a head start on some content for the autumn and winter, so I'm excited about sharing that as well. I likely won't write this post every Sunday. Or maybe I will. I really don't know. But I do know that I'm going to be a lot more flexible about it, and give myself a break when I feel one is due.

Thanks for being here for the ride - it feels good to be back!

Last week I updated and re-published an old favourite - Black Bean and Quinoa Freezer Burritos. There's now a fun video showing how to make these freezer burritos, and a whole lot less babbling about how good I am at stacking things in my freezer. 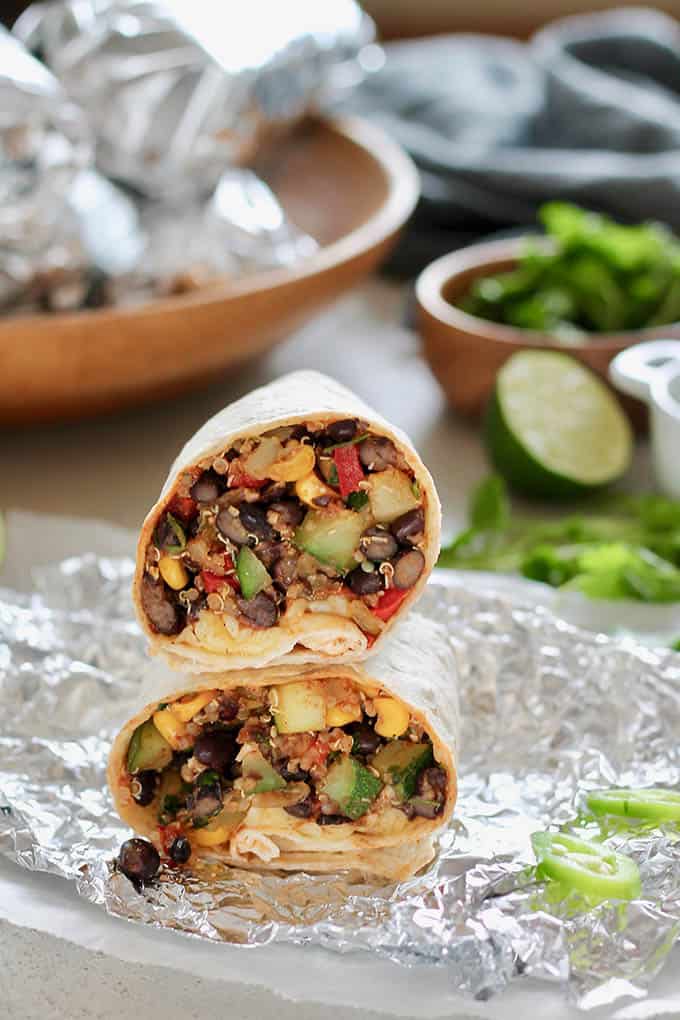 This Vegetarian Gnocchi Bake also got a glow-up, and I recommend you make it immediately as it's hands down one of my favourite things to make at this time of year when all the summer produce is at the peak. 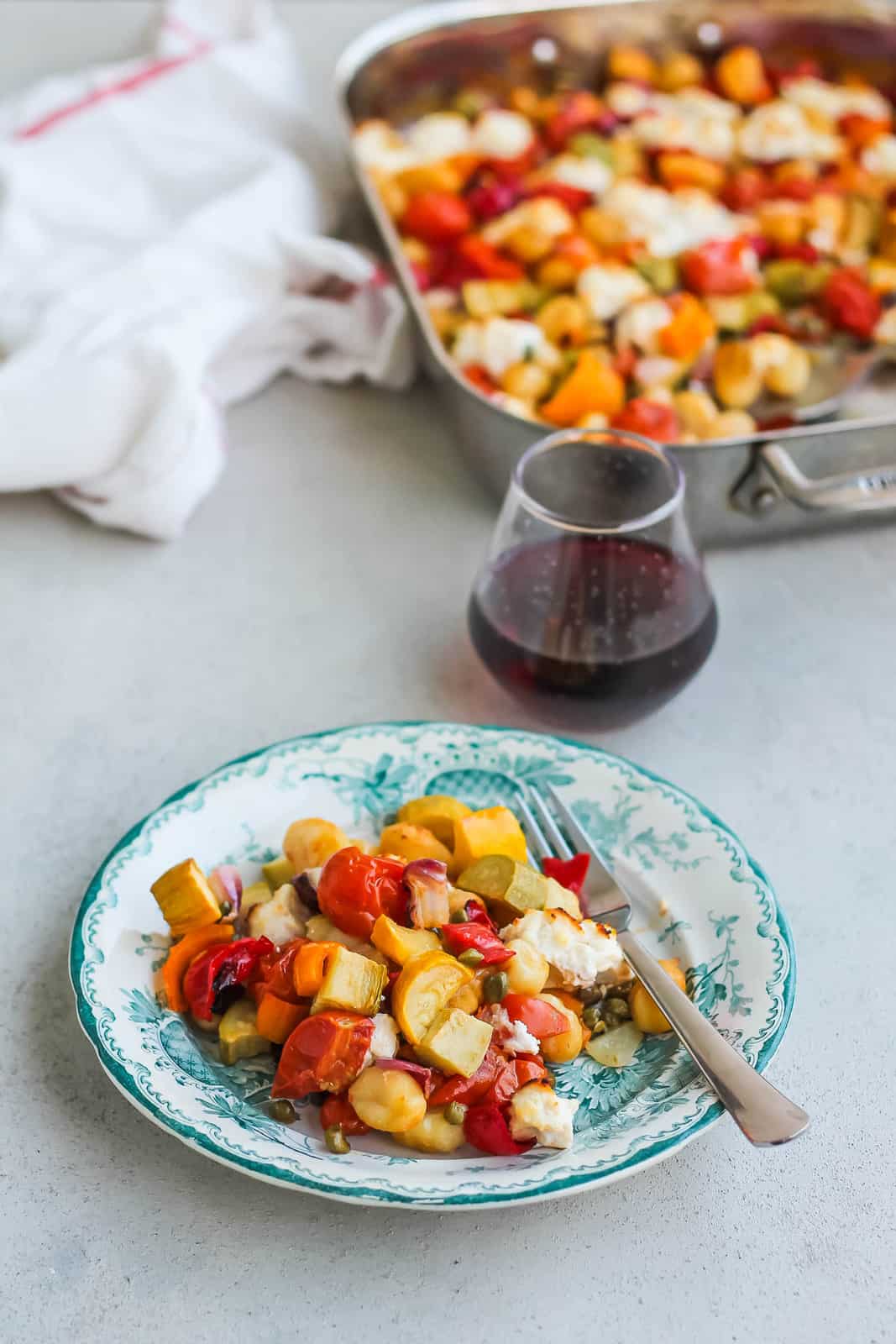 4. How to Cook Adzuki Beans. Another addition to my bean empire!

I made this frittata tonight, exactly to the recipe, and it was delicious! My oven did take a little longer to cook it though. Thank you for sharing this simple and nutritious recipe.

Everyone's oven is a bit different! So glad you enjoyed this tasty frittata, Hedonna 🙂 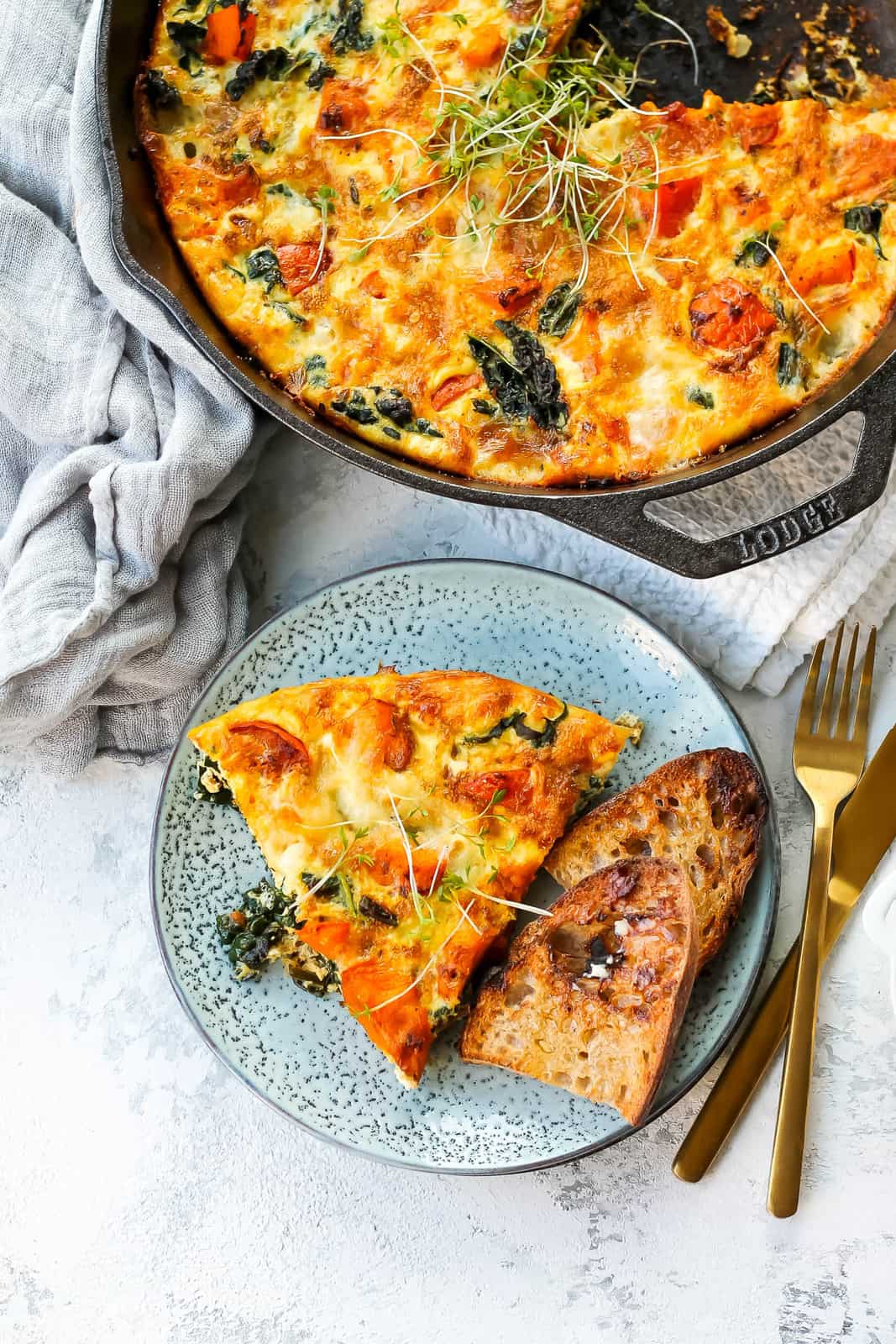 I'm getting back on the menu-planning horse after keeping things pretty loosey goosey over the summer. I've also implemented a moratorium on takeout for the month of August (and perhaps September as well?) as my relationship with the delivery guy was getting kind of out of hand before vacation.

Monday: Going to feed the kids some weekend leftovers and make myself a big salad.

Tuesday: A veggie stir-fry that's a riff on my Tempeh Teriyaki but with tofu instead of tempeh for the kids.

Wednesday: I have plans with Emmeline and I hope she makes me tacos! We have not discussed this. Dropping some hints!

Thursday: I have plans with another food blogger friend and we're going to go check out a new restaurant.

Saturday: Niko requested a taco fiesta, and who am I to argue with that?!

Sunday: Family pizza dinner. I'll be making a double batch of my Spelt Pizza Dough to freeze half.