Hellooooo from the frozen north.

We’ve continued to be pummelled by winter weather, with heavy snow and sub-zero temperatures, and it still seems to be in the forecast for quite some time. I commented to a friend the other day how driving a car definitely isn’t any more efficient than biking, but it sure is nice to be sitting with heated seats and a podcast playing rather than dragging my kids through the snow. 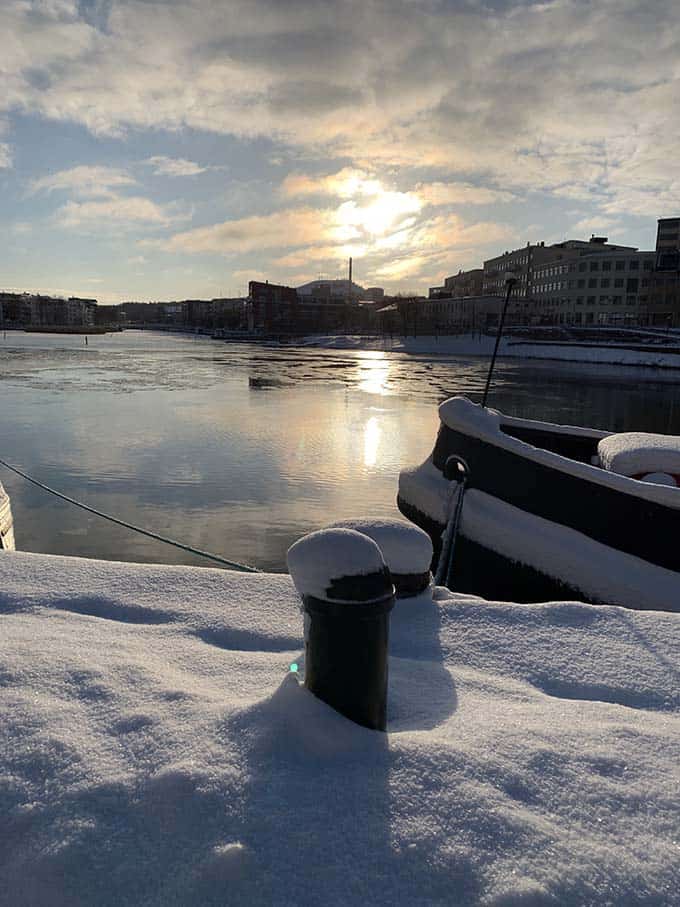 It’s been sunny but freezing this week.

As nice as it has been to be driving and not biking in the snow, getting a car has, of course, come with a bunch of headaches.

I previously owned a car in Vancouver, where it practically never snows and everyone just has all-season tires. In Sweden, you’re legally required to change to winter tires in the autumn, which means everyone has two sets of tires.

So in a city like Stockholm where there are no houses, where do people who live in small apartments keep their extra tires? Why in a tire hotel, of course!

There’s also a ton of tolls (congestion taxes) and parking fees to think about. I had to buy a lazer measuring device because they’re super aggressive about giving people tickets for not being *exactly* 10 meters from a crosswalk and things like that. Everyone I know who has a car carries a lazer!

And then there are the mechanical headaches. I had to get it jump-started on the first really cold day after I had it, which may be due to an old battery and may be due to the person I leant the car to (*coughitwaspaulcough*) draining the battery by not really understanding how to start these newfangled cars.

In any case, when the airbag warning light came on the other day I called the dealer and they are going to replace the battery, which will hopefully resolve both issues.

Anyhoo. I has been nice, and it has been a headache. As expected. 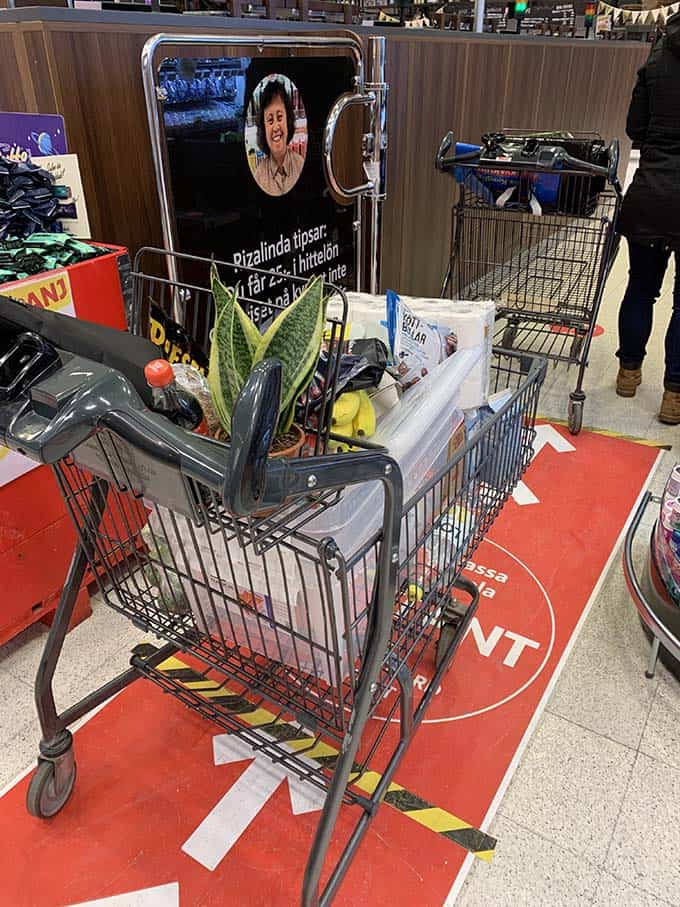 What qualifies for a wild night in 2021.

To celebrate having a car, I went on a grocery shopping date in the suburbs with a friend the other night. Moms gone wild!

I’ve been exclusively ordering my groceries online for the past six months, other than the odd trip to the store to grab an extra carton of milk or something like that. I know that the online prices tend to be a bit more expensive, but totally worth it for the convenience, and also the fact that I’m keeping my body out of the grocery stores as much as possible. And I’ve been doing a good job of sticking to my grocery budget each month, so I’m fine with the prices.

Out of curiosity, before I went on my grocery shopping date, I put my order into the online store so I could see the total, but didn’t pull the trigger. Then I took the exact same list with me into the store, so I could see if there was a difference in price.

You guys, I spent more money at the actual store, by about $30. Admittedly, a few extra items ended up in my basket. I found Raincoast Crisps, these crackers from Vancouver, and couldn’t believe my eyes! Obviously I had to get those.

I also ended up getting some cheese to go with my crackers, Paul’s favourite cheese which can’t be found at his neighbourhood store anymore, and some curly fries for the kids’ Friday treat dinner. And I found a pasta shape I haven’t been able to find anywhere else that I need for an upcoming recipe on the blog, so obviously I needed that.

I think I’ll be sticking with online shopping other than the odd trip to the store, but it was fun to do something different and check out these fabled North American-style mega grocery stores in the suburbs. 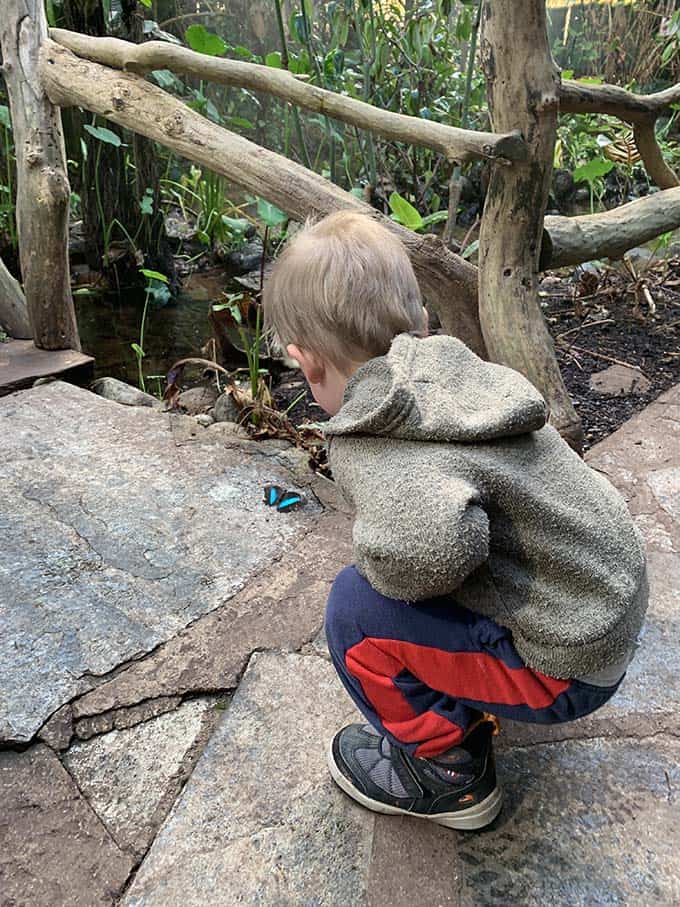 We had one of those weeks where both of the kids were home sick from school. Neither of them was really sick, but they had runny noses (and full energy) and that’s enough to be kept home these days.

In Sweden you get a separate bank of sick days, paid by the government, for if you have to stay home and look after sick kids, which are called “vab” days. Kid sicknesses are common enough in February that it’s referred to as “Vabuary” and of course with stricter rules right now, it’s vab central over here.

Most days when I have a kid at home I still try to work as much as possible, but on Wednesday with both of them at home I waved the white flag and took an actual vab day. We made pancakes for breakfast, went to an empty playground and did some sledding, read books, and then made sugar cookies that the kids decorated. 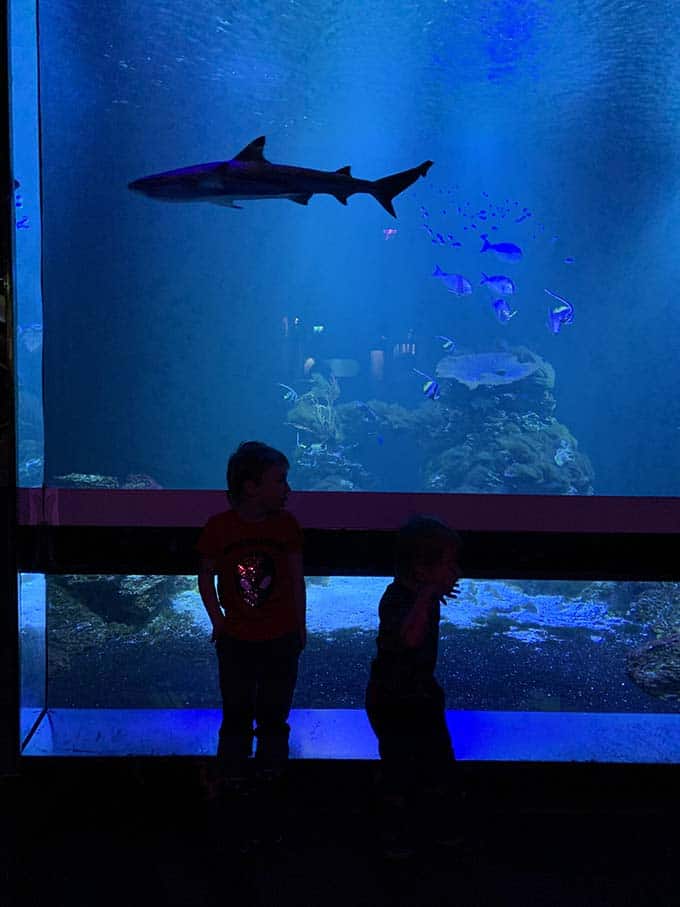 On Saturday it was freezing yet again, and I just couldn’t face another day of freezing my butt off at a park or sledding hill, so I took the kids to an indoor activity for the first time in nearly a year and it was soooooo nice.

We drove to the north side of Stockholm and went to a butterfly house in the middle of a huge park. It’s not super easy to get to by transit, so I figured it wouldn’t be too busy, and they have limited capacity these days.

We went right when they opened and were basically the only ones there. There’s a section with a tropical rainforest, a butterfly house, and then an aquarium with sharks. Niko, my worrier, was terrified of basically everything when we first got there, but he relaxed into it and had a great time.

Funnily, they both found the butterflies scarier than the sharks. I guess because the butterflies are quite big and actually flying around – at one point one of them landed on Odin and they both screamed bloody murder – whereas the shark were clearly contained. Niko wasn’t super comfortable around open fish tanks where there were innocuous but big fish like koi, but the sharks were no problemo.

The boys ended up running laps around the shark tank until they were hot and sweaty, so they got a good amount of movement in as well. I reflected on how long it had been since I was last in a museum with Odin, and man was it a lot easier now. He stuck by me, just casually walking around and looking at stuff, listened to me, didn’t try and touch or grab anything he shouldn’t, and was just generally super chill.

It was super nice to get out and do something normal, all the while feeling super safe about it. Looking forward to doing more stuff like that in the near future.

First up this week, a deep dive into How to Cook Adzuki Beans. Much like mung beans, these guys were tricky to find the right cooking time for in the Instant Pot and took many trials. But I did it! For you! 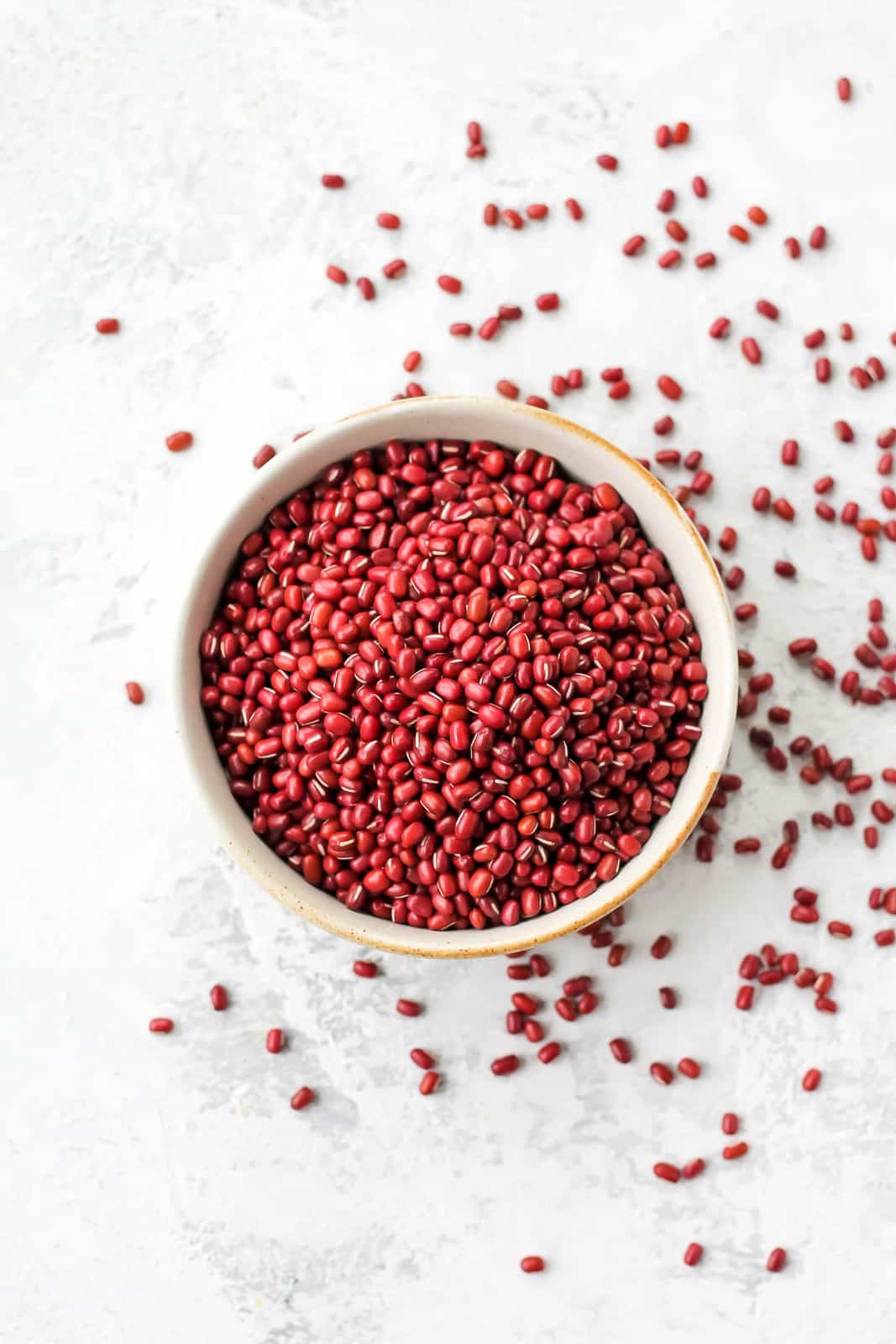 And then, since it’s chocolate eating season, my favourite Vegan Chocolate Mousse recipe. This beauty is totally plant-based and naturally sweetened, but is lush and sweet and delicious. 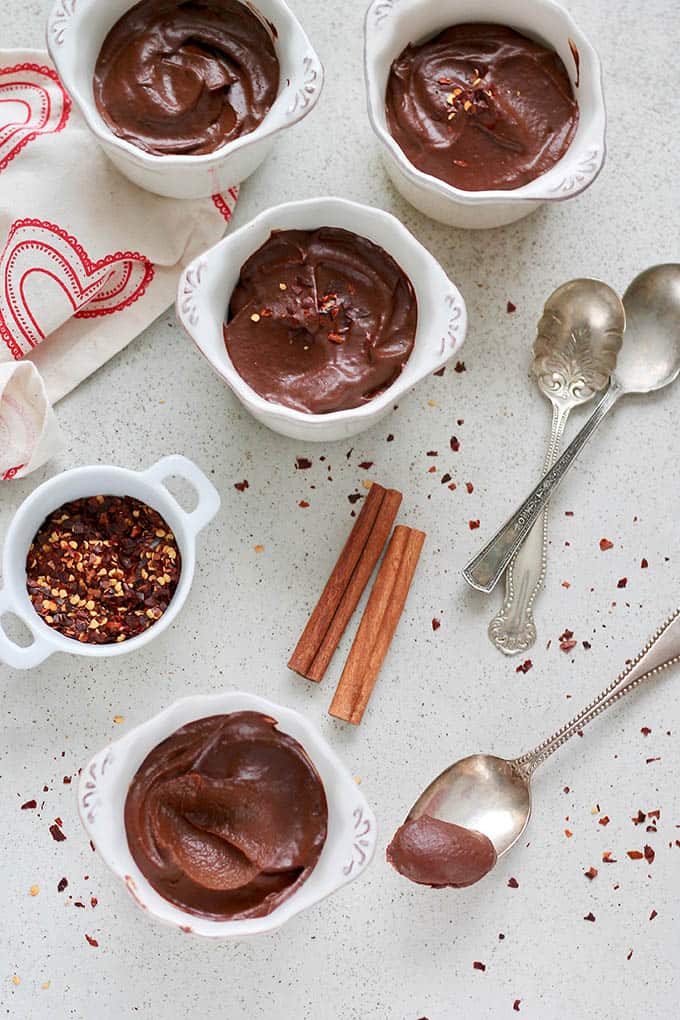 1. Turmeric Latte Mix. Up in the top spot!

5. No Sugar Banana Bran Muffins. Welcome to the top 5, you guys!

Meg left the following comment and 5-star review on my Baked Halloumi with Vegetable Ratatouille recipe:

Read this, made this, loved this! I added cooked French lentils to the stew before topping with halloumi. I expect this will be on a weekly rotation here.

Yes! I love the idea of adding lentils to the ratatouille as well! 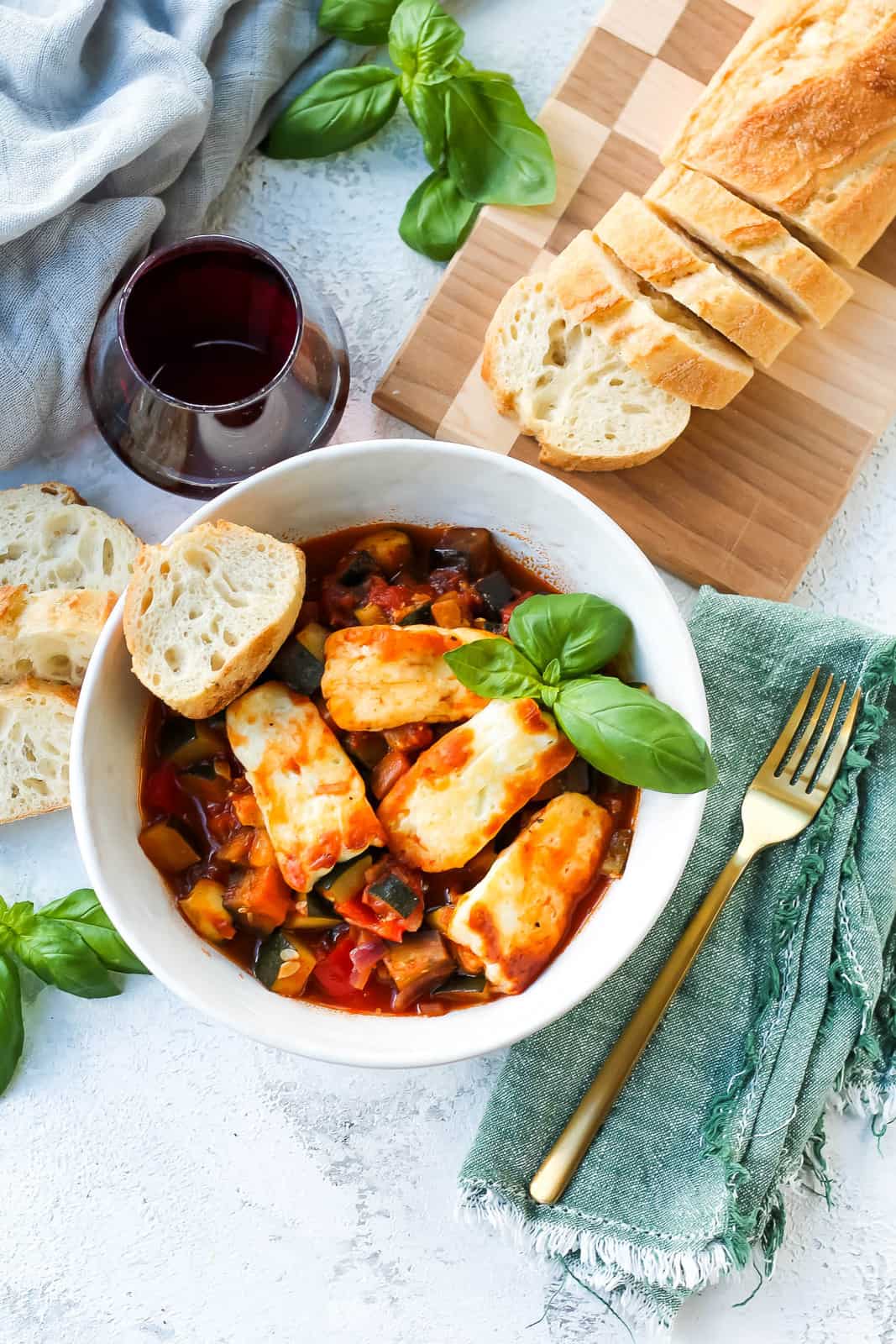 Last week I didn’t get to do much batch cooking to prepare for the week due to some car drama (waiting around for hours for a tow truck to come and jump me) and I really felt it. Luckily I had lots of stuff in the freezer to pull from (and have been trying – unsuccessfully – to make space in the freezer as well) so that is what kept me fed for most of the week. 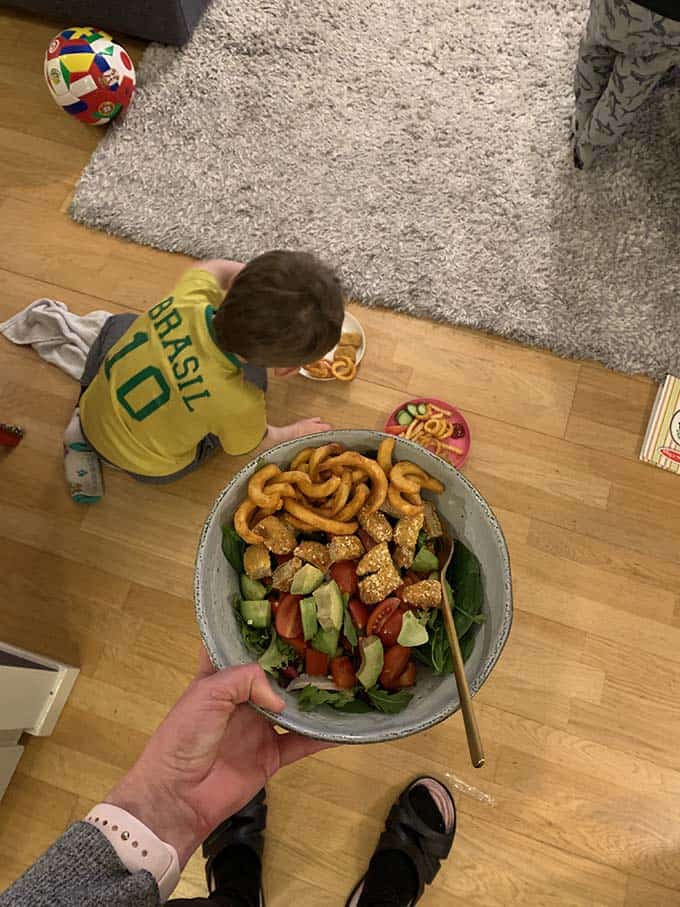 This week is another focus on using up stuff in the freezer and stuff in the pantry, with some super easy stuff planned in during the week.

Sunday: I’m solo and tired so will be having 10-Minute Vegetable Ramen Noodles.

Tuesday: Mac and Cheese from the freezer.

1. Iron levels may influence how long you live.

3. How to stay healthy when exercising outdoors in the cold.