Heyyy and Happy New Year to you all!

As one should given the current situation, we had a quiet family New Years celebration. Paul came over and we made homemade pizza (I made my Spelt Pizza Dough) and fired up the pizza steel, and also made a batch of my favourite semi-dried tomatoes to put on top.

The kids made their own pizzas, and Odin even rolled out his own dough! Niko is a man after my own heart and made himself a plain cheese pizza, and Odes took things one level up with some pineapple on top.

Paul took it upon himself to buy some fireworks (which Odin adorably refers to as “boom showers”) so after we finished our pizza we bundled up and went outside to set some off. They were pretty mellow fireworks and there were not that many of them, but the kids loved them, as did another family that came outside to wave some sparklers around. 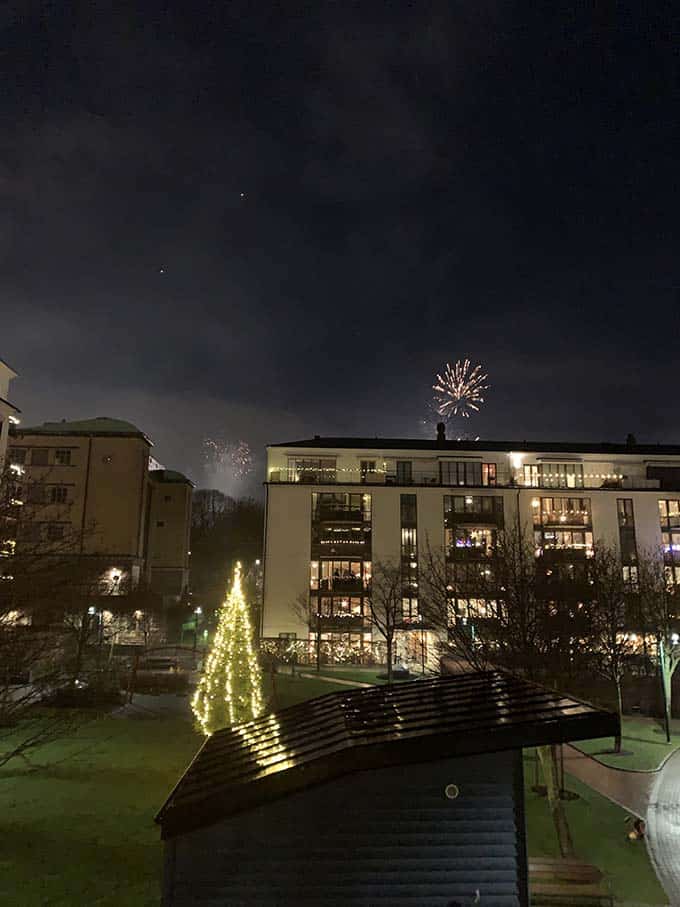 But apparently you need a permit to set off fireworks, which we learned when some cranky old people came barrelling out, shinning the brightest flashlight of all time into our faces, and threatened to call the police. At that point there were fireworks going off all over the place, which Paul pointed out, but it didn’t stop them from ranting about these fireworks specifically.

I have learned after a decade here that there are two types of Swedish people; those who will hide behind their door, looking out the peephole to make sure they don’t accidentally bump into a neighbour in the hallway (I myself do this before taking the garbage out – clearly I have assimilated), and those who will get up in your business about the tiniest infraction.

This couple was clearly in the latter camp, and honestly, I think having someone to yell at probably made their whole night.

In any case, we wrapped up the fireworks display, came inside, and gave the kids some homemade brownies (which they did not eat) and ice cream (which they did). Paul and I popped a bottle of Champagne and toasted a complicated year.

I thought I’d let Niko try and stay up until midnight so he could see the real NYE fireworks go off, but he fell asleep on the sofa by 9:45. Paul headed back to his place shortly after that, so I spent the rest of the evening finishing my last book of the year.

Such a party animal. 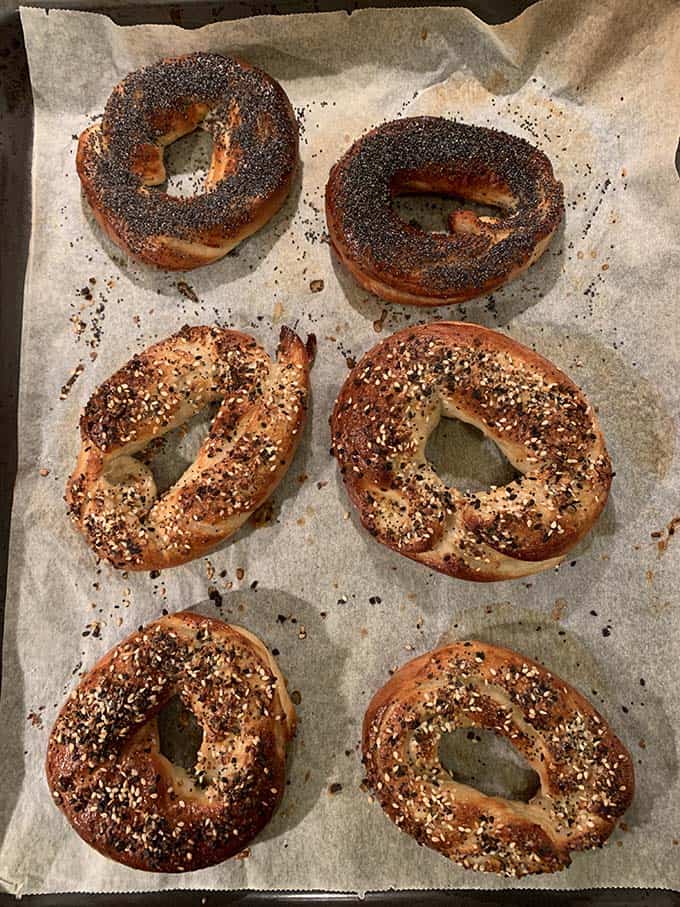 I’m not much of a believer in New Years Resolutions, but I do like the idea of goal setting.

A financial blogger I follow shared the link to this Year Compass, which looks like a great way of reflecting on the past year and setting goals for the year ahead. I have it printed out, but haven’t yet made / found the time to fill it in. Hopefully tonight, alone, with a glass of wine, I’ll get it done.

Unsurprisingly, better time management is one of my goals.

I’ve also got some money / savings goals, as my income increased considerably this past year, and I want to be smart about it. Also eat more vegetables, move my body in a way that feels good on a regular basis, yell at my kids less (or find better ways to manage my frustration with them), and generally just keep being a badass.

I hope that 2021 is the year that HNL will surpass both 200,000 and 300,000 monthly pageviews. We’re getting real close to the first one, and I hope there will be a snowball effect that leads to the second. 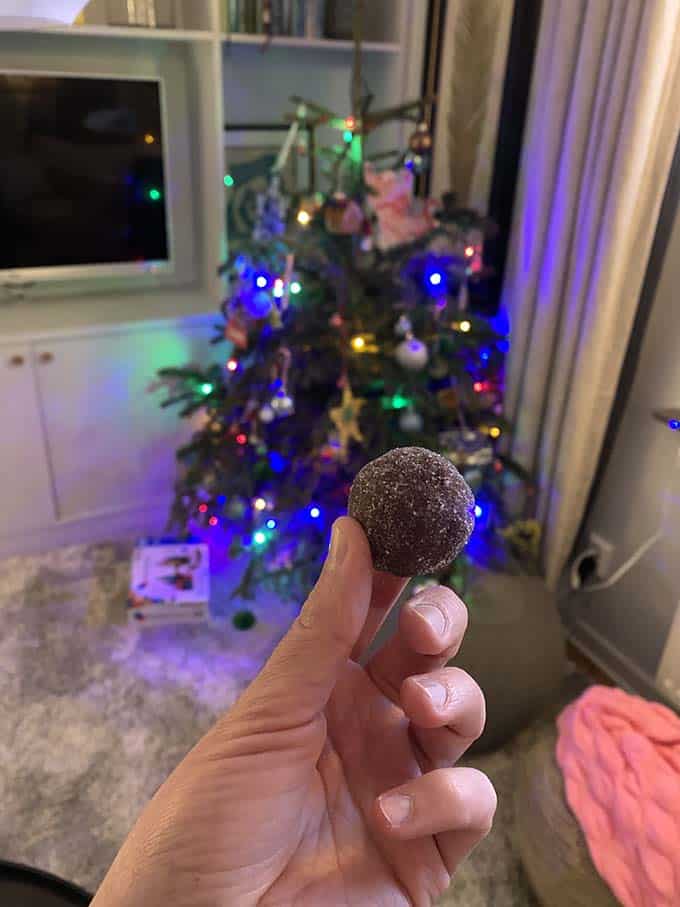 Last Nicky ball of the year down the hatch

I also have a goal for this year to open up a meal plan shop for y’all. I quietly shut down my nutrition consulting business this past year, as I found I didn’t have the time to do it in a way that felt meaningful and best served my client.

My services were also quite expensive, which meant they were off limits to many. But I thought about packaging some of the plans I’ve developed over the years, and more I’ve had in my mind, and having them for sale as a digital download for an affordable price.

This means setting aside some time to put these together, and also some money for further development of the site. My goal is to launch this in August or September to hit the back to school season (which, god willing, will be a normal one this year) which I like to refer to as the “other new year”.

We kicked off Batchuary this week, which is a Batch Cooking challenge for the month of January. I sent the details for the intro / week 1 to my newsletter subscribers on Wednesday, but I’ll recap it for you here as well.

Here’s how it works: each week you cook just three things – a grain, a green, and a protein. Then throughout the week you use what you’ve made to pull together simple, nourishing meals.

Here’s what I’m making this week:

Grain: A big pot of quinoa.

Green: A big kale salad, and a batch of steamed broccoli.

Protein: A big pot of chickpeas.

I’ll use the chickpeas to make hummus and roasted chickpeas. The quinoa will form the base of meal bowls and will join the broccoli for some quinoa and broccoli nuggets. The kale salad will last the week in the fridge and is great alongside any meal!

This week we kicked things off with what I refer to as my “gateway green smoothie”. This Almond Butter Date Smoothie goes down like a milkshake but is actually loaded with veggies, including spinach and frozen cauliflower. 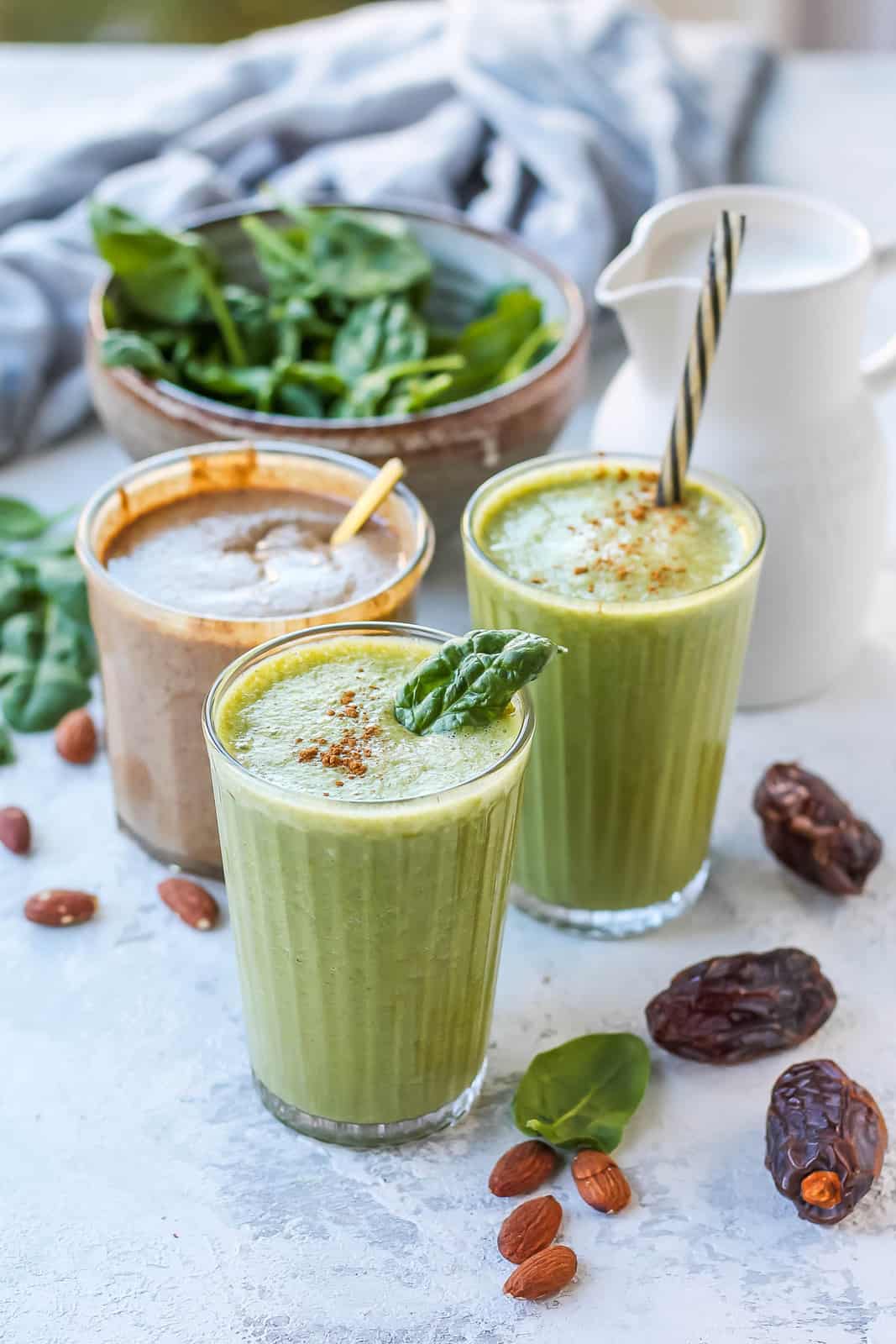 Next up, Best of 2020. A look back at the past year, including life and best of the blog. 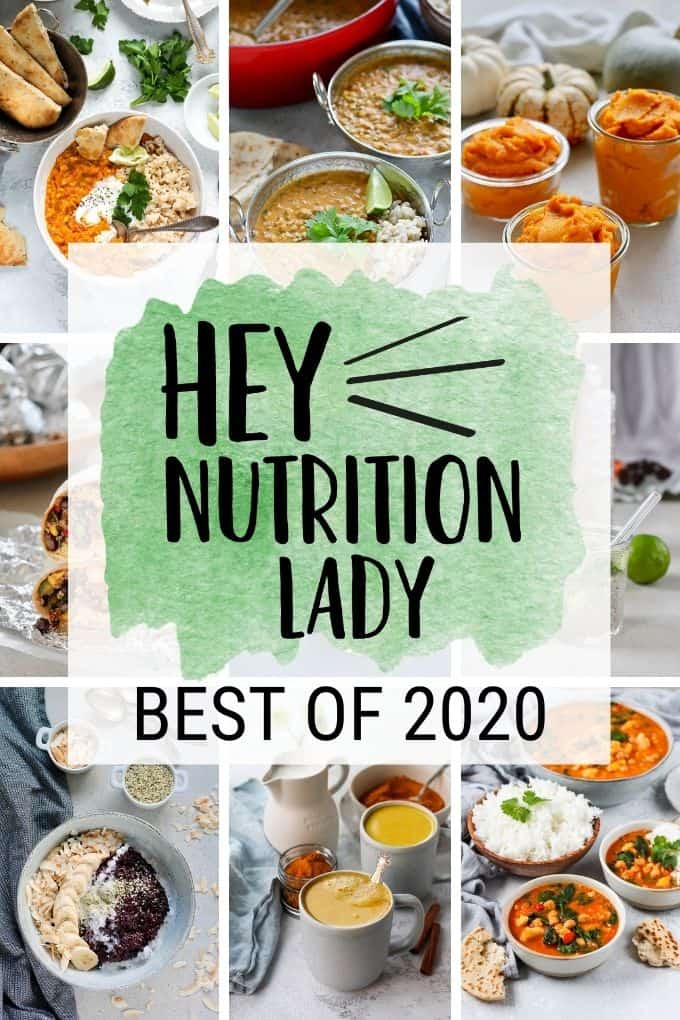 And lastly, for those who are doing a Veganuary challenge or exploring more plant-based meals, 20 Protein-Packed Veganuary Recipes. 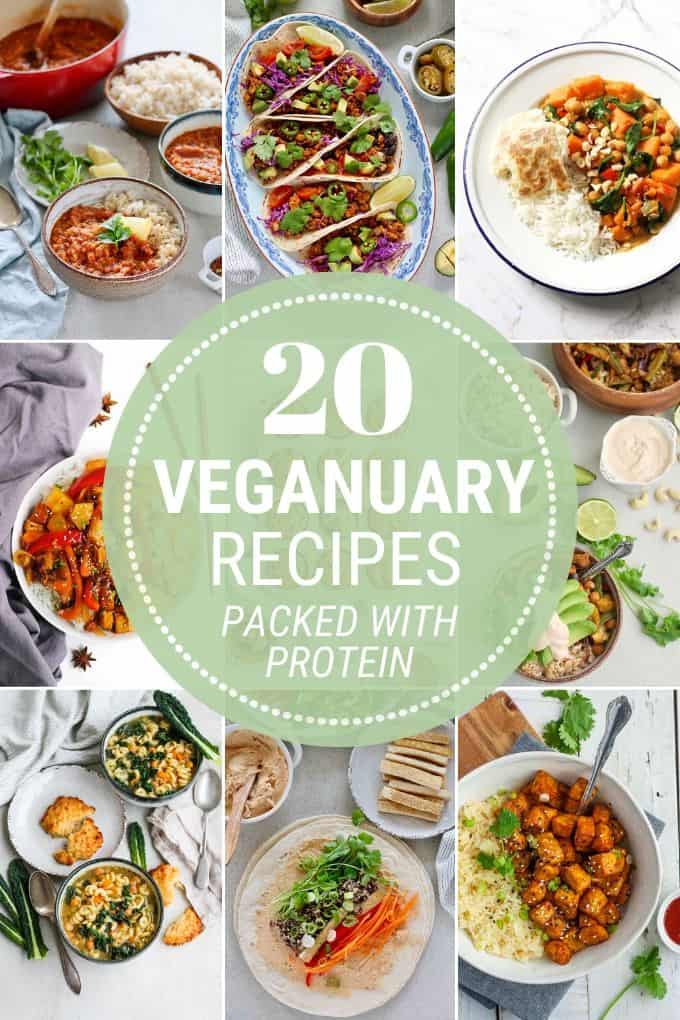 1. How to Cook Mung Beans. I think that goes without saying.

I love this dish! It was so simple to make and just fancy enough to celebrate New Year’s Eve with last night. This was the second time I made the recipe and I think I’m halfway to memorizing the ingredients, always the sign of a great recipe in my opinion!

It’s one of my favourites too, Beth! Thanks for the reminder. 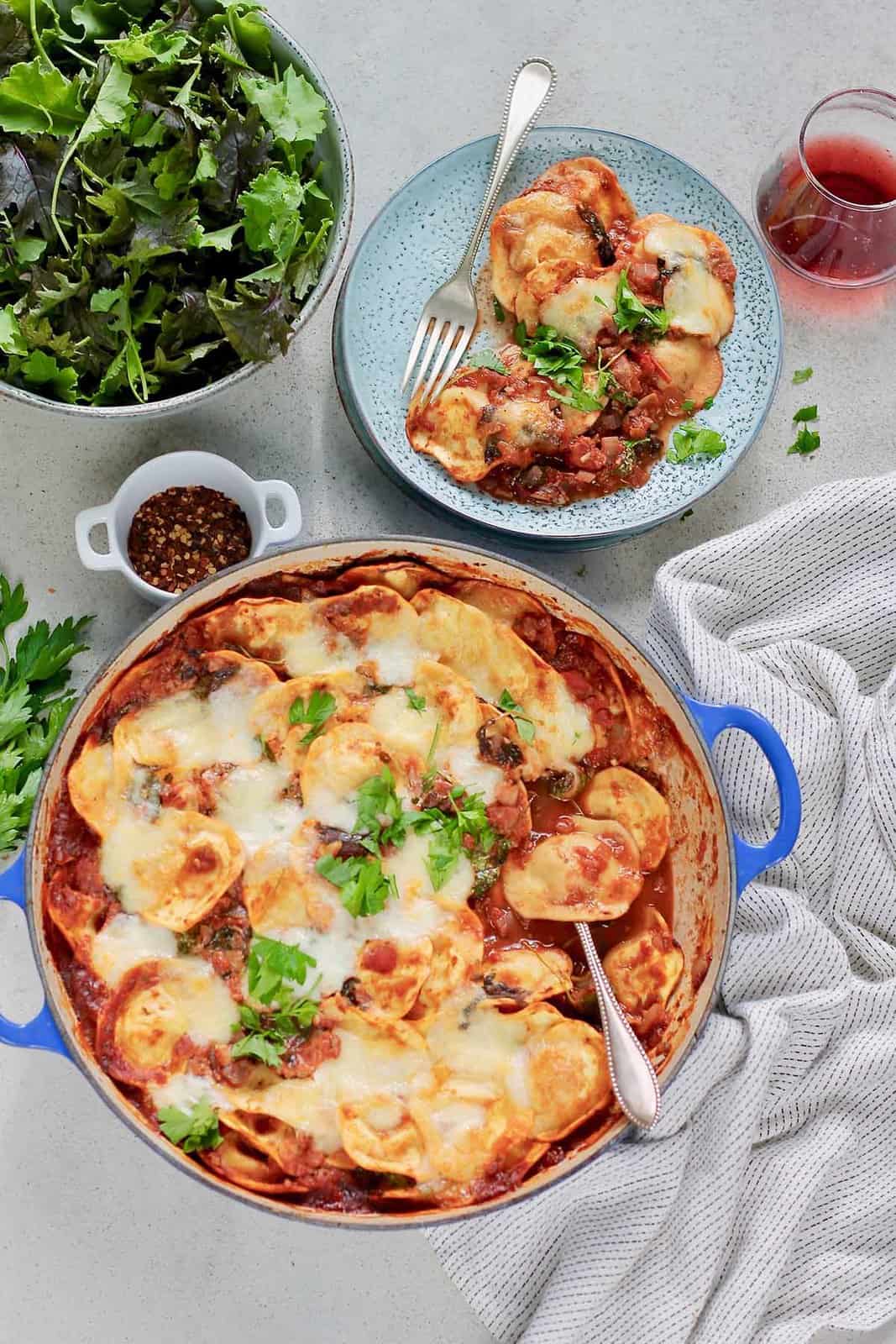 Unsurprisingly, this week’s menu is based largely on the things I’m cooking up for Batchuary, but with a few other things in the mix as well. I also did an audit of the contents of my freezer, so am trying to burn through a couple of freezer meals each week because it is very, very full right now. 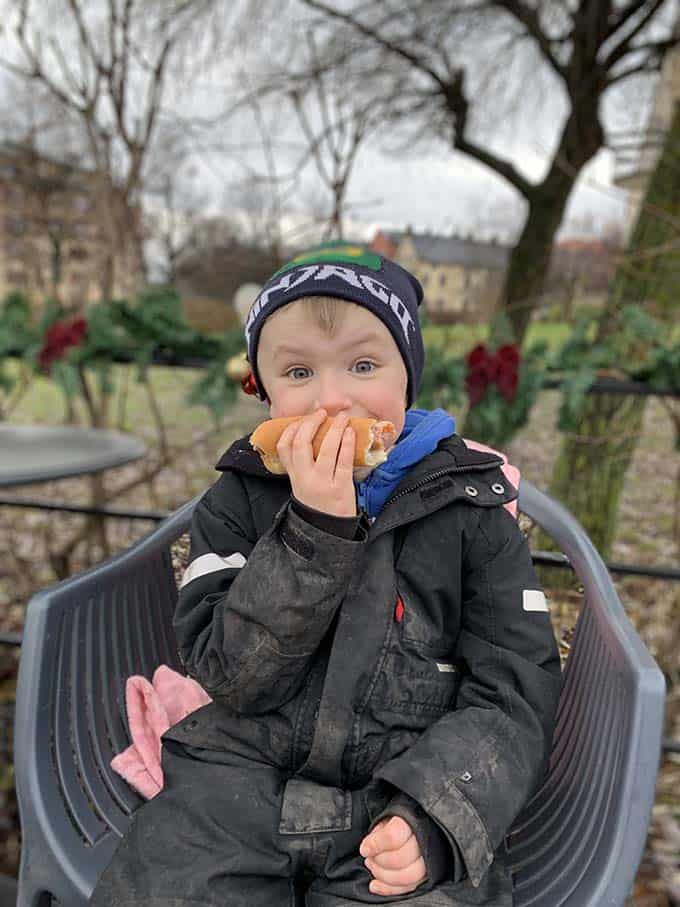 Tuesday: Mac and Cheese from the freezer + veggies.

1. A chronological list of 2020’s most unforgettable food trends.

3. US diet guidelines are sidestepping scientific advice to cut sugar and alcohol.

4. The secret ingredients that promise to elevate your kitchen game.

5. How long should it take you to poop?