Other than some excruciating back pain for me (last year Santa brought me strep throat; this year he brought me a back spasm) our Christmas was really nice.

The boys woke up at my place on the 24th, and because I wanted to reduce the amount of stuff I needed to lug back and forth, I decided they'd find presents from my parents and family under the tree that morning. There was a little note in the mailbox of their elf door letting them know that the elves knew they'd be at their dad's place on the 25th, but wanted them to have some stuff at mom's apartment as well. 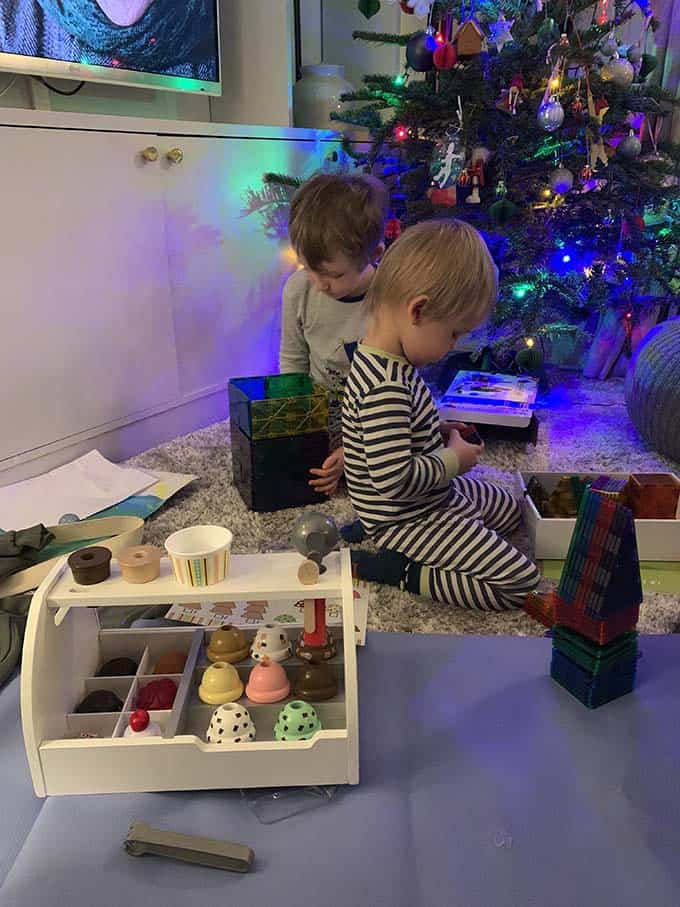 They saw the note first, then ran over to the tree and tore into their presents like a couple of tiny savages. They got this Melissa + Doug Ice Cream Stand and a 100-piece set of Magna Tiles from my parents, and a couple of books that my sister sent (Look Inside Things That Go and a book called Stuck by Oliver Jeffers).

We've had a particularly dreary December in Stockholm, with only a few hours of sunlight the entire month. But on the morning of the 24th the skies cleared, the sun came out, and we had glorious blue skies for the first time since I can remember.

It was wonderful, and everyone was outside soaking it up, having covid-safe family gatherings in parks, and just strolling around. It was like that part of The Grinch where all the Whos down in Whoville wakeup to find all of their presents and decorations gone and get together around the tree and start singing anyways.

In Sweden, Christmas is actually celebrated on the 24th, so we had plans to get together with some friends (in our bubble) that evening. We decided to take a break from biking everywhere so everyone masked up and we took a taxi over, which the kids found highly exciting.

It is no small miracle that we were able to get together with these friends. We've got a long string of cancelled plans dating back to Niko's third birthday party when their daughter had a fever. Then, last year on Thanksgiving we got a call from the babysitter that Niko had started vomiting, so had to rush home right as we sat down to eat. We were supposed to spend Christmas together last year, but both Paul and I got strep throat (remember Strep-mas?) and had to cancel our plans.

Niko's birthday was again missed due to a fever on their end, followed by us missing their daughter's birthday in June as both Odin and I had colds. Their daughter again got a fever for Odin's birthday, and Odin had a fever over Thanksgiving.

So on the morning of the 24th my friend texted me and said, "Is everyone healthy on your end? Are we actually doing this?!"

And we were! We did! 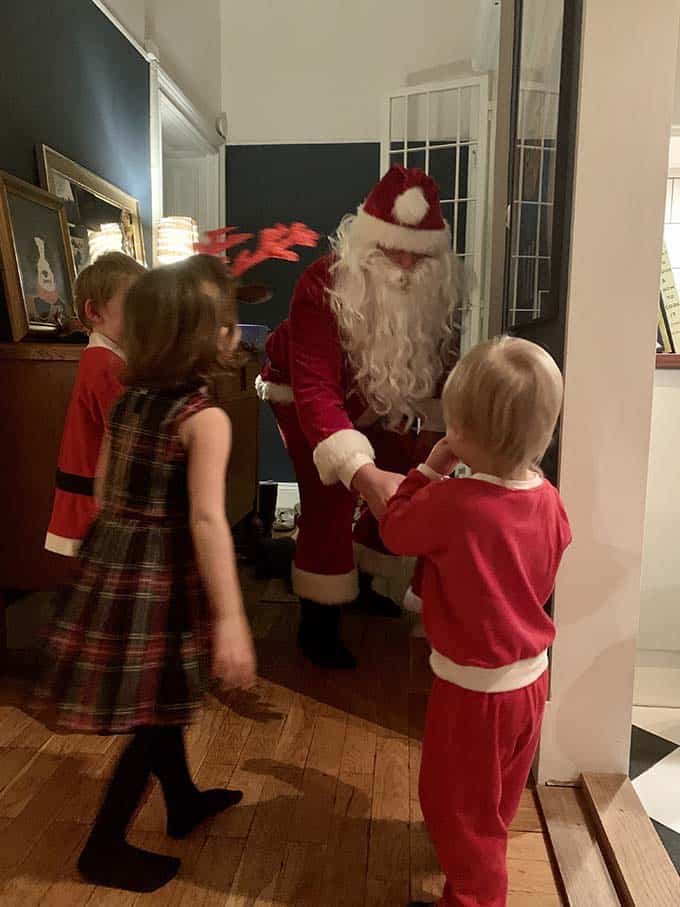 One of the Swedish Christmas traditions is that Santa actually comes through the door and hands presents directly to the kids. Our friends made an arrangement with a neighbour (the dads swapped Santa duties) so just after we sat down to dinner there was a loud knock on the door and Santa came walking through.

He chatted with all of the kids, asked them if they'd been good, and had a gift for each of them in his sack. It was highly exciting, and our first time getting in on this tradition.

The kids also exchanged gifts with each other, so were pretty pumped up about that. After dinner and dessert, some dancing, and a LOT of sugar, we packed the kids into another taxi and headed back to Paul's place.

I spent the night there, in the spare room where I used to sleep, which was equal parts weird and just fine. It was important to us that we were all together on Christmas morning.

The boys woke up early but not too early, and once again tore into their loot like it was competitive present-opening. I don't know how things go in your home, but when I was growing up our present opening was an orderly affair.

Admittedly, I don't remember how it was when I was two or four years old, so perhaps when we were smaller it was a free-for-all. When we were older, though, it was one present handed out at a time, the to and from announced to the room, and then everyone ooed and awed over the item before the next one got handed out.

I also don't really know how things were in Paul's home growing up, but he seems to be in full support of present-opening pandemonium. Any efforts I made to control the situation fell on three sets of deaf ears, so I quickly gave up and just went with it. What else is there to do?!

The boys were spoiled with a lot of stuff. Niko's highlight was a massive HotWheels Race Track, which Paul did not realize the size of, or that it was motorized, until assembly, and which I am beyond grateful that it will not be coming over to my tiny apartment. Same goes for the multiple PlayDoh sets (a chocolate factory and a pizza oven set). 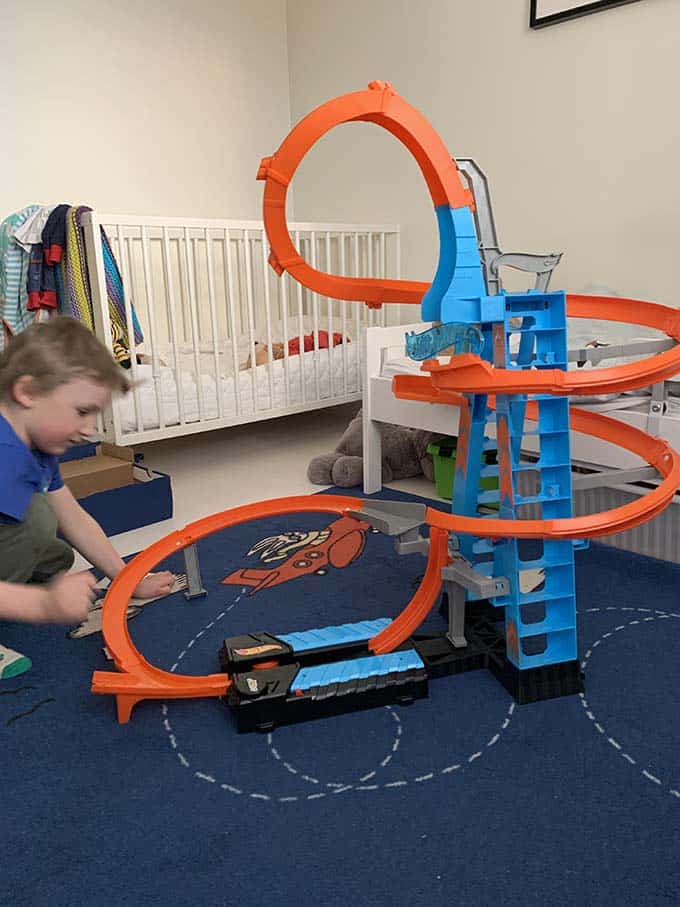 This Christmas made me think about a lot of things. I really wasn't into it at the outset of the season, but I'm thankful that having small kids forced me into it. This must have been a particularly difficult year for those who are single, alone for whatever reason, and not really feeling it.

It also made me really question the whole Santa narrative. Not just because I resented having to buy an extra set of gifts to represent the old fellow, but because of the stories told about how Santa brings toys to good little children.

What about underprivileged children? Or those whose parents can't afford to buy a whole bunch of Santa crap? It seems really unfair that those kids would be getting the message that perhaps they haven't been good enough. Or that Santa doesn't care about them.

How did this whole thing get so out of control anyways?

In spite of the fact that I spent most of Christmas Day flat on my back, it was a pretty good day. We had done most of our cooking in advance, so pulling dinner together wasn't that big of a deal.

Paul's family is Ukrainian on his dad's side, so Christmas dinner always includes perogies and a cabbage soup made from sauerkraut that I particularly love. This year Paul made the perogies from scratch, all by himself. He asked me if I could make him some dough, and I told him to look up a recipe online and make it himself. So he did! And he did a great job.

I made the cabbage soup a few days before Christmas, froze it, and then took it over to his place. All we needed to do was heat it up and add some cream at the end.

We also did some roasted Brussels sprouts, and Paul made some fish for himself and the boys. It was a simple but lovely meal.

Ok, so January is right around the corner, and with it the onslaught of diet culture messages. I know y'all know that I'm squarely against that nonsense.

Having said that, I'm certainly feeling the need for a nutritional reset after the holidays, but I want it to be about feeding my body nourishing foods that help me feel my best, rather than being about restriction. It's about more, rather than less. More vegetables, more whole grains, more fermented foods to help the gut get back on track.

So I'd like to introduce you to a concept that I'm calling "Batchuary". It's a batch cooking challenge for the month of January that has been designed to help get more good stuff in front of you.

Every Wednesday for the month of January I'll be sending out a batch cooking challenge to my email list. You can read about my batch cooking formula in detail in this post about Batch Cooking for Beginners, but in short, I recommend once a week cooking up a grain, a green, a protein, and optionally a sauce as well.

I'm pretty excited about Batchuary, so I hope you'll be into it as well!

This week I shared an old seasonal favourite, Wild Rice Salad. This was actually the second recipe every posted on HNL, so its got a lot of history! 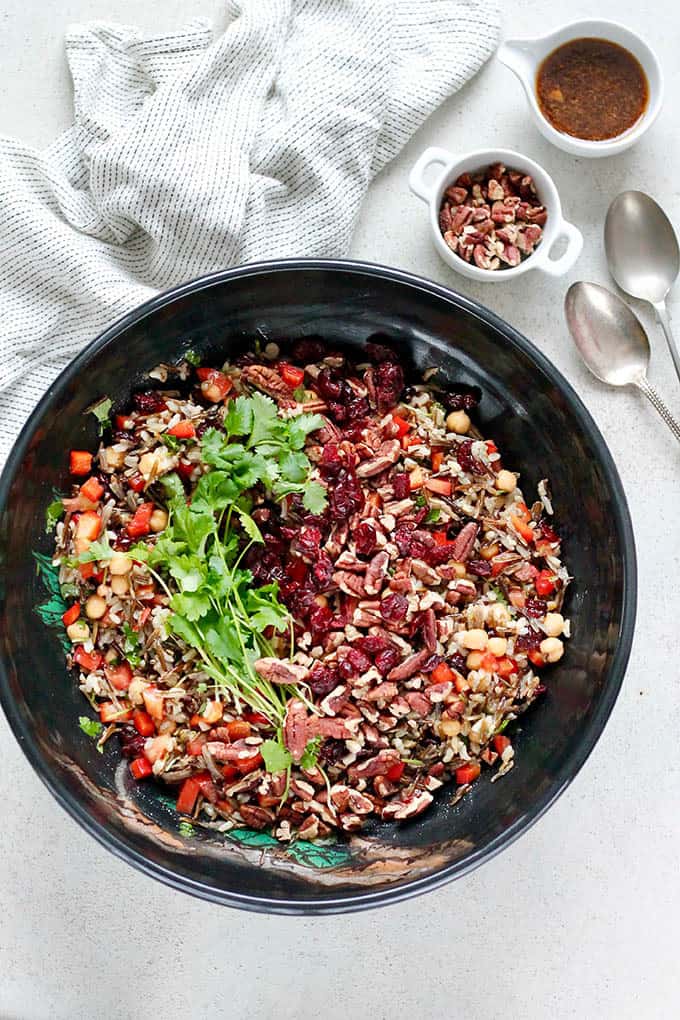 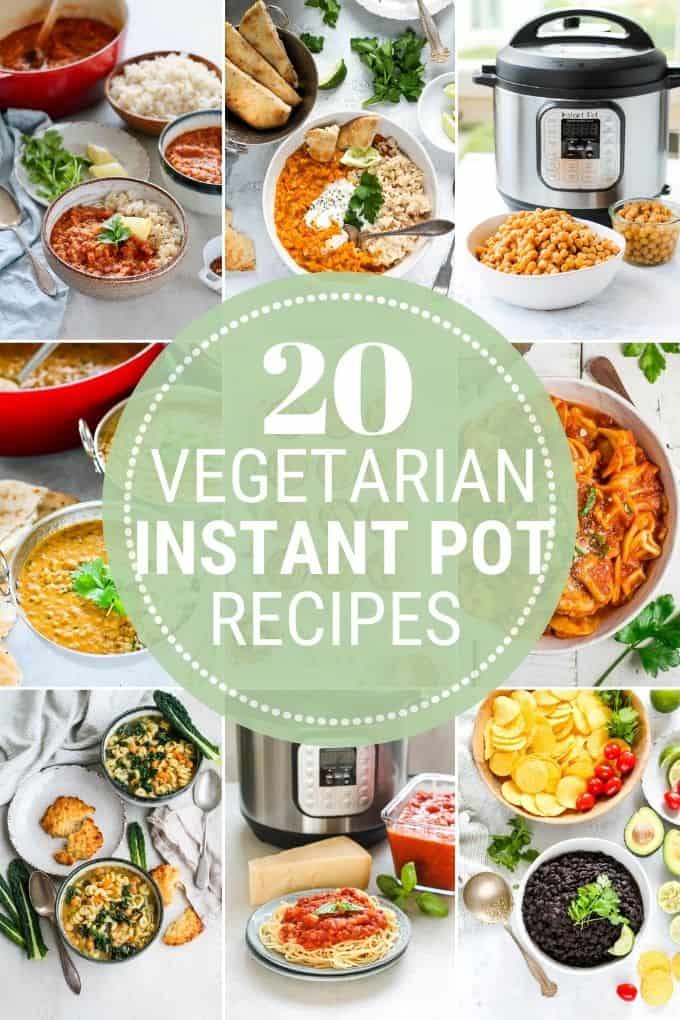 2. How to Cook Mung Beans. Still having a good week.

3. Turmeric Latte Mix. Hope lots of you gave this away as gifts.

4. How to Make a Vegetarian Cheese Board. Heyyy-o! A newcomer to the top 5 this week!

Alta left the following comment and 5-star review on my No Sugar Banana Bran Muffins recipe:

Hi Katie, I am from South Africa and I made these for my daughter’s friend who suffers from Lupis, She is not allowed to eat any sugar and we have sort of adopted her as her mom and brother had both passed away from cancer. She loved the muffins. She said they were her saviour when she was very ill and couldn’t do anything. This was her only ready food source to heat and eat. The muffins came out great and they do taste better after a couple of days like all banana recipes the flavour matures and intensifies. I didn't have wholewheat flour when I made it the first time. But the second batch was even more of a winner with her and she said it was the best muffins she ever tasted. I want to bake more items for her to freeze so she has healthy options that will sustain her when the disease gets the upper hand at times.

I'm not crying, YOU'RE crying!

I love this comment so much, and am so honoured that one of my humble recipes is having such a profound impact in one person's life. 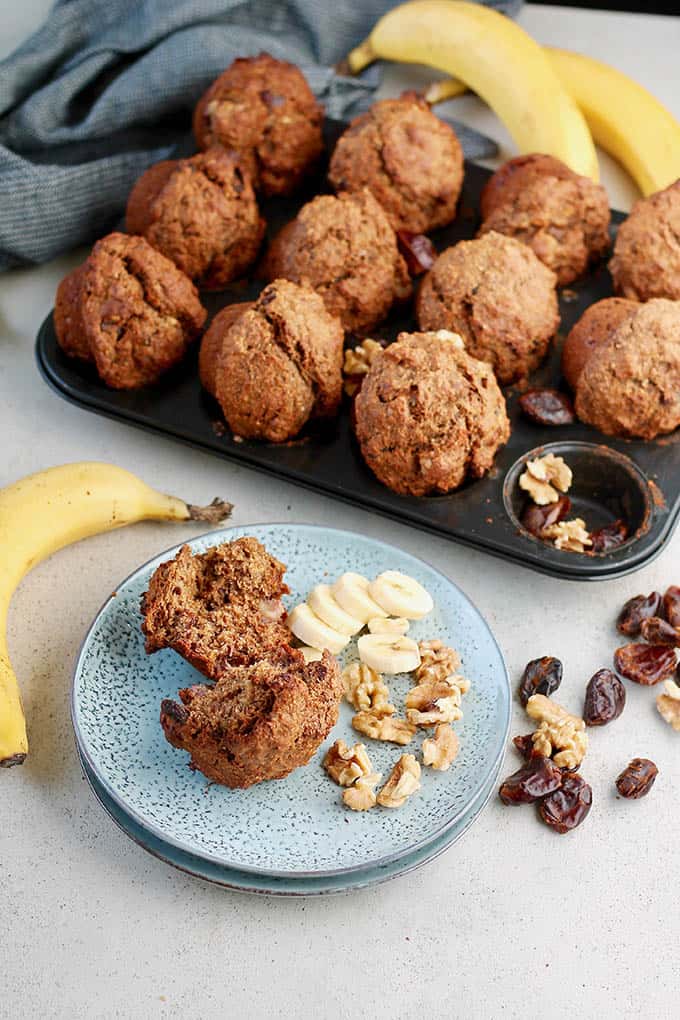 We're still more or less in holiday mode this week, but I'm still doing a menu plan to help with grocery shopping and budgeting and to maintain some sense of order.

Sunday: A big batch of my favourite indulgent Mac and Cheese recipe that I didn't get around to last week.

Monday: Halloumi Burgers. Hoping this one goes over well.

Tuesday: A big-ass salad for me.

Saturday: Getting started on my batch cooking!

1. Seven foods to eat if you have the winter blues.

2. How foods may affect our sleep.

4. Food futureology: what will we be eating 10 years from now?

5. A guide to using Greek Yogurt in the kitchen.