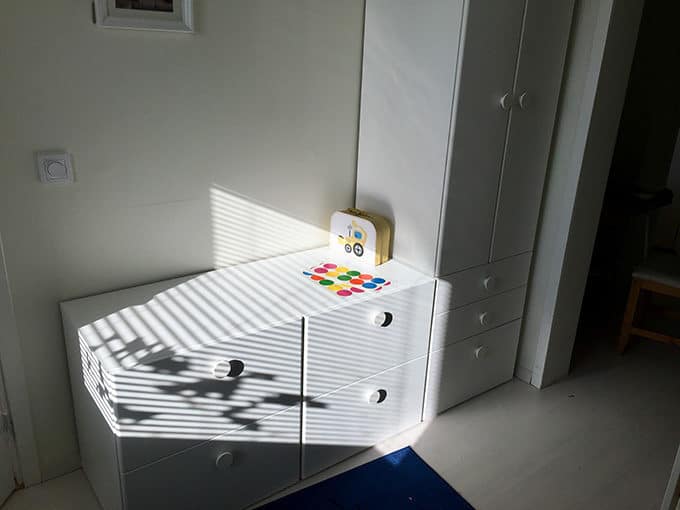 1. I worked my last day in the office earlier this week and spent much of the day wondering if I was going into labour. I was having fairly intense Braxton Hicks contractions all day, and as Paul left for a business trip that evening I was like, "leave your phone on!!!"

But they settled down and went away and became almost non-existent as I worked the rest of the week from home. Clearly my body's way of saying "enough, already!" and time to listen to it.

I'm pleased that I was able to commute on my bike right until the end (#humblebrag) and still plan to bike to appointments and various errands so long as it continues to feel safe for me. It's currently better than walking places, as after a short walk my hips start to put up a mega protest.

2. Two nice dudes from Ikea came over to my apartment on Thursday morning and built that storage unit, including all the drawers inside (there are drawers all the way up to the top of the tall end). It took them one hour and they took all of the garbage away with them and I love them. Now I finally have somewhere to put stuff and can amp up my "nesting" appropriately.

3. I don't know about you guys, but woah, was this ever a tough week. I found Thursday to be much more difficult than I anticipated and found myself alternating between tears and rage and what I can only refer to as a 38-week-pregnant feminist twitch. What a world to be bringing another child into.

As usual, when I find myself at a loss for what to do, I like to throw some money at the problem. I wasn't sure where the best place would be (ACLU? RAINN?) and then a friend suggested Emily's List, an organization that ignites change by getting pro-choice democratic women elected to office.

Given the events of the past week it made perfect sense for this to be my donation for the month of September. It was a bit complicated because they're not legally allowed to accept donations from non-US citizens, but I was able to recruit an American friend to donate on my behalf. Done! 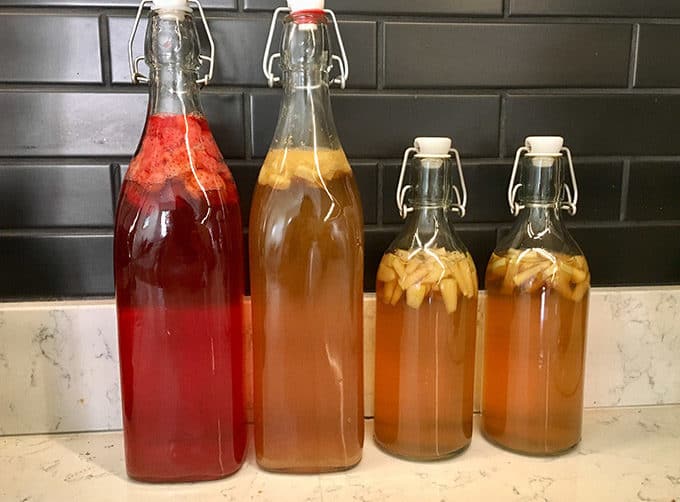 4. I started another batch of 'buch this week! From left to right we've got chopped frozen strawberries (not that it matters, but they're local strawberries I threw into the freezer over the summer), lemon and ginger, and the two little guys are chopped tart apple.

This was a longer brew (three weeks vs two) as I found the previous batch way too sweet even after an extended secondary fermentation. I have a much bigger batch brewing now as I found my vessel could hold about another half batch, so I'm going to have to get creative with more flavours. Suggestions are welcome!

5. Last night Paul and I enlisted our babysitter and squeezed in a fancy dinner out before the baby comes. We kinda forgot about our wedding anniversary this year (our 9th) and our "together" anniversary (15th) also just passed, and who knows when we'll next be going out just the two of us.

We went for a 5:30pm reservation because neither of us has any stamina for staying up late, and it was perfect. We were home by 8:30, our kid was sound asleep, and he even did us a solid and slept in. I, of course, was up on million times in the night thanks to the gigantic fetus who is using my bladder as a punching bag, but it was really nice regardless.

Although I started showing much earlier during this pregnancy, I've mostly felt like I'm a lot smaller than I was with Niko. But last night I took multiple trips to the restaurant bathroom (again, thanks fetus) which each time required walking straight into a massive wall of mirrors, and each time it kind of took my breath away when I saw the gigantic pregnant lady who was waddling towards it. 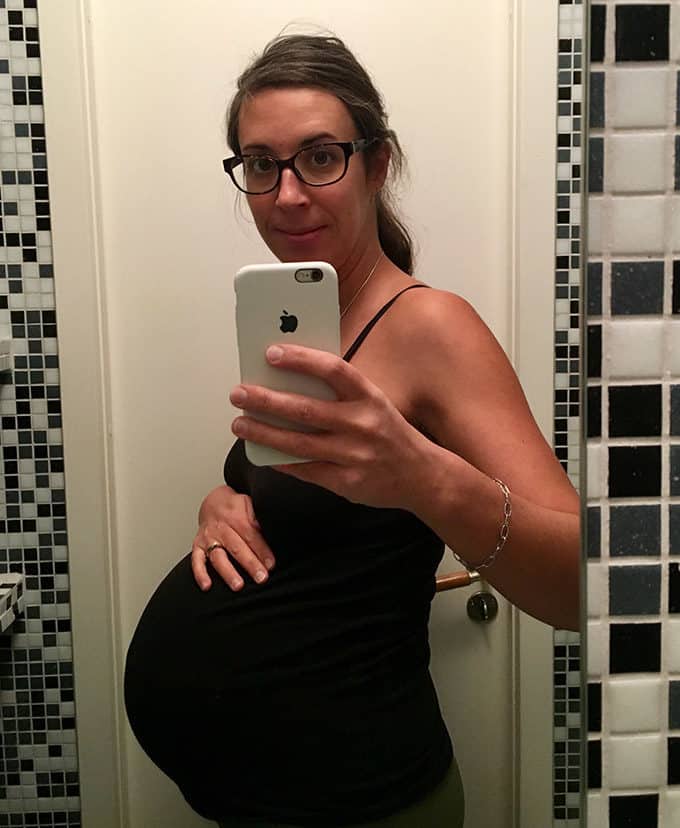 6. Speaking of selfies, what do you guys do for photo storage? I have every photo I've ever taken of Niko on my phone (because I'm a bad mother and only pull out the fancy camera for food photos) and I really need to do something with them. But what? Download onto my computer? Make a photo book? Help, please!

7. Speaking of Niko, I'm trying to teach him to say "totes" mostly because I find it hilarious. It's going great except that he thinks I'm saying toast, so when I say, "do you want some ice cream?" He says "toast, mom!"

We started the week off with a zippy Carrot Apple Smoothie with Ginger which is sort of more like a blended juice than a smoothie but has all of the fiber intact. Team smoothie for the win! Click here to pin this recipe! 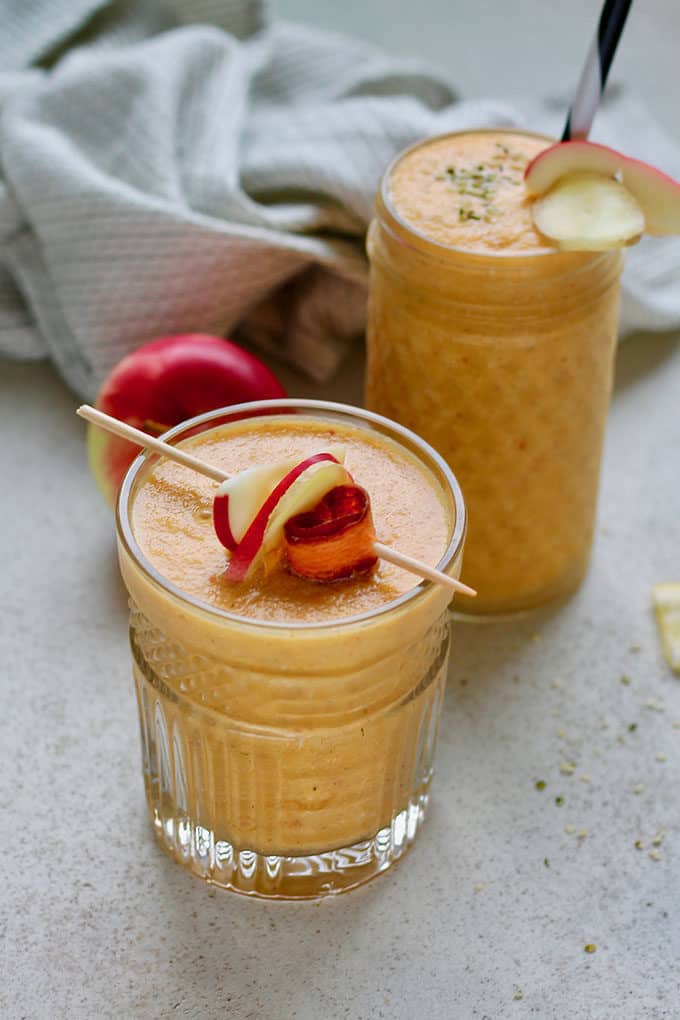 I managed to squeeze in some words of wisdom about Pregnancy Nutrition in the Third Trimester which is all about dealing with an ever crowded digestive space and how to cope. 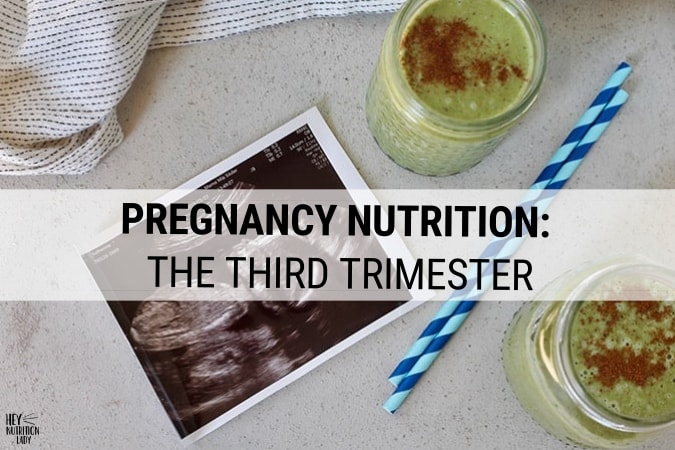 And lastly, I shared my favourite recipe for Apple Pie Overnight Oats which is my go-to breakfast for approximately half of the year. Click here to pin this recipe! 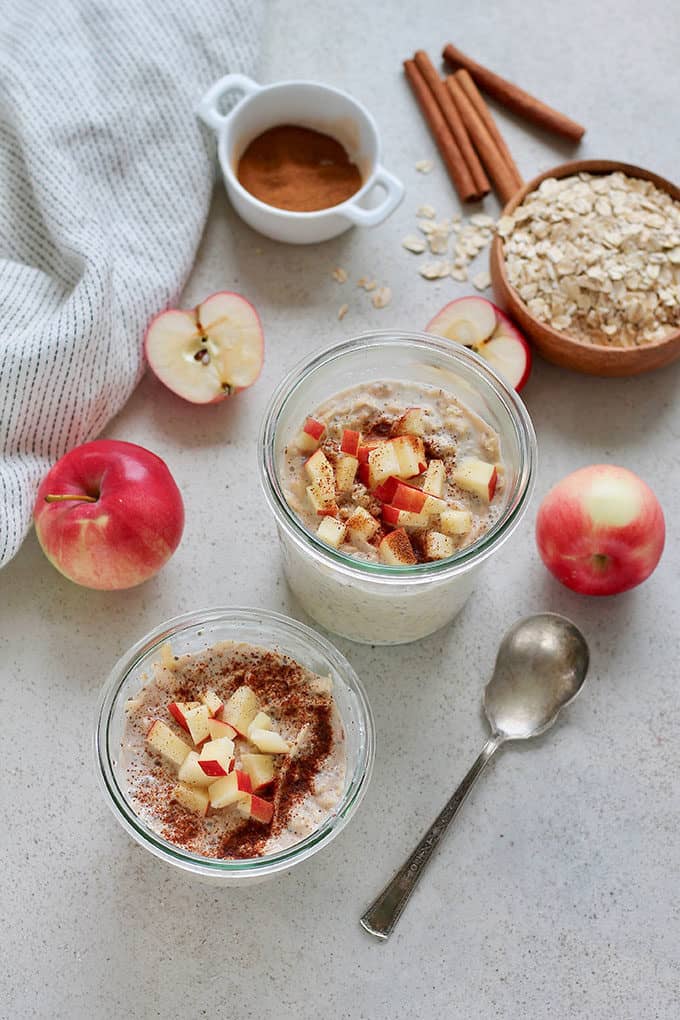 1. Mung Bean and Coconut Curry. Now updated with instructions for the Instant Pot! Pin this recipe.

3. Cinnamon Roasted Apples. Nice to see these seasonal beauties getting some love! Pin this recipe.

4. Chocolate Black Bean Brownie Smoothie. Such a good one! Pin this recipe.

1. In the face of the highly upsetting political events over the past week, I thought that this article on self-care when you're feeling overwhelmed by current events was poignant.

2. According to a recent study, eating junk food increases the risk of depression.

3. Lemon water: is it really good for you? Here's a good look at fact vs fiction.

4. Move over bubble tea, cheese tea is a thing now.

5. Food for thought: The planet wants you to stop eating so much meat and dairy.