This week I finally wrapped up the 30-day yoga challenge I’ve been doing online (yoga with Adriene – love her). I didn’t do it every day, just the days where I could fit it in, so it was more like a 30-day yoga challenge done across 90 days. But now it’s done and I must say I’m kind of bummed.

I really liked the classes as they were short but thorough, and Adriene herself was a delight to listen to. So humble and easygoing, and any yoga teacher who busts out pot jokes or giggles when she says something about “touching yourself” is my kinda gal.

I also really appreciated not having to think about which class to do next. It made getting on the mat more efficient and attainable, and also removed decision fatigue from the equation.

What to do next? I’m honestly considering just starting from the beginning again and doing the whole thing over, unless anyone has a suggestion for a different 30 day series or something similar. 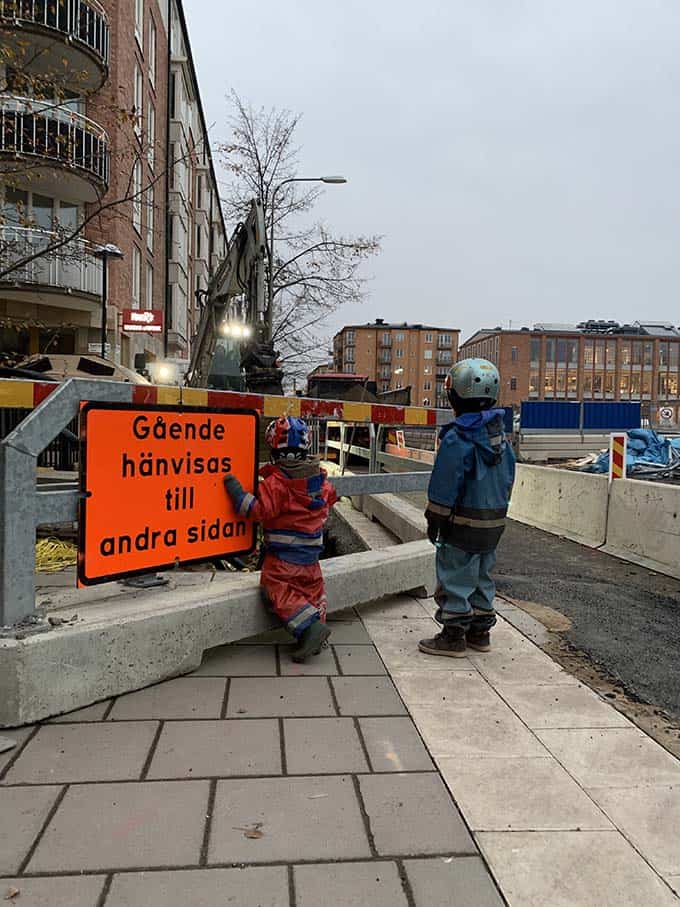 Another day, another construction site

Tell me your tales of pacifier elimination.

Odin only gets his pacie in bed, so at nap time and in the evening. I usually give him three at night, and they glow in the dark so he can easily find them.

The problem is that he drops / throws them out of bed and I end up going in there multiple times in the night to put them back. Sometimes I hear the thunk of the pacie hitting the floor and wait it out to see whether he’ll wake up. Other times the thunk is quickly followed by, “Mom! Pacie fall down!”

Last night was a particularly bad night and I could tell that he just couldn’t sleep for some reason. He was just tossing and turning, singing and chattering to himself, and chucking the pacies out of bed over and over. Eventually I realized that he also had a mild fever, so got him up for a drink of water and some tylenol, but he continued this routine well past 4am and then woke up for the day at 6:30.

Hilariously, it is Bohemian Rhapsody that he sings most often when he wakes up in bed, which would be adorable during daytime hours (and is often sung at the top of his lungs while in the wagon on the way to school) but when it comes down to it I’d rather be sleeping than listening to a two-year-old singing Queen’s greatest hits.

Anyways, I think that the pacie has to go. Niko was never really into the pacifier – he’s a blankie man – so I haven’t had to be the bad guy taking away a beloved comfort item before. What are we thinking? Cold turkey? Some other method?

In addition to all the pacie drama, I had one night this week when my idiot brain wouldn’t sleep because I couldn’t remember Joe Biden’s dog’s name.

It’s Major, by the way. Well, actually, he has has two dogs named Major and Champ, but Major was the one keeping me awake.

I kept running through dog names like Chase and Rubble and Sky, but whenever I thought I was getting close to figuring this out I’d realize that I was, in fact, reciting the cast of Paw Patrol, not solving the freaking riddle. Anyways, thanks for that, brain. 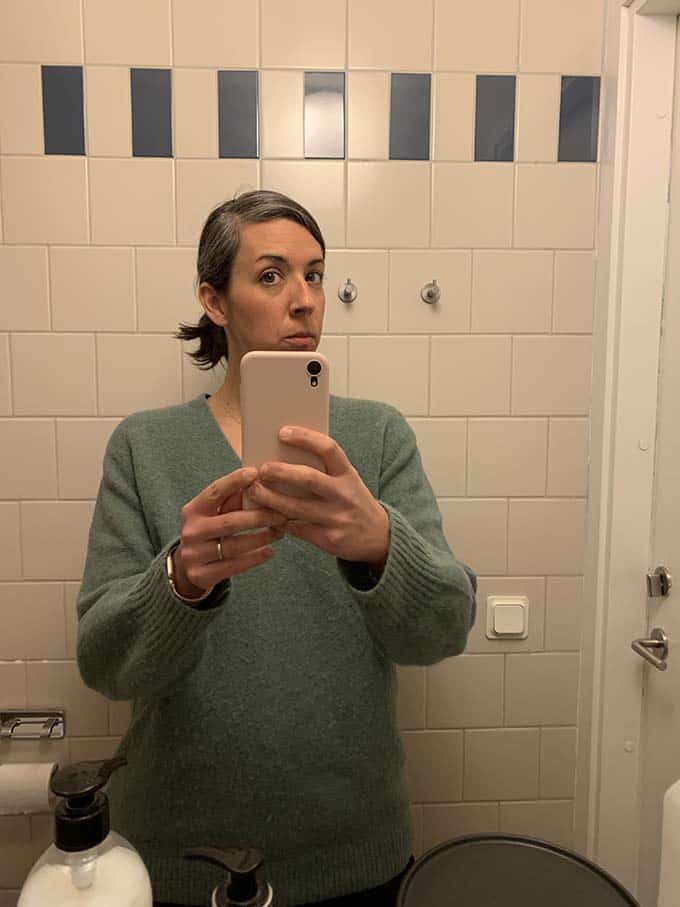 Still working on my bathroom selfies

A few housekeeping items for y’all.

First things first, I’ve been aggressively pruning my email list recently, deleting “cold” subscribers at least once a week. This means that if you haven’t opened an email from me in over two months, I’ve removed you from the list. Byeeeee!

Not sure if people realize that maintaining an email list is actually quite expensive. If you’re not actually interested in getting weekly updates and seasonal content in your inbox, by all means unsubscribe. You’ll be doing us both a favour!

I’ve also had some emails from regular readers about my site being difficult to use on mobile and tablets, with pop-ups that are difficult to close out and things like that. That really shouldn’t be happening, so I’ve got my tech support team looking into it.

Some of the pop-ups, like the video player, are there to stay as they’re the highest revenue earner for the site – and it costs a good chunk of money each month to keep HNL running. But you shouldn’t get a newsletter pop-up until you’ve finished reading an article (or demonstrate “exit intent”) and you shouldn’t see it more than once a month.

This week we kicked things up with my favourite holiday side dish of all time, Mashed Potato Stuffing! I made this recipe into Instant Pot Stuffing using the pot-in-pot technique, but don’t worry, have also included instructions for baking it in your oven. 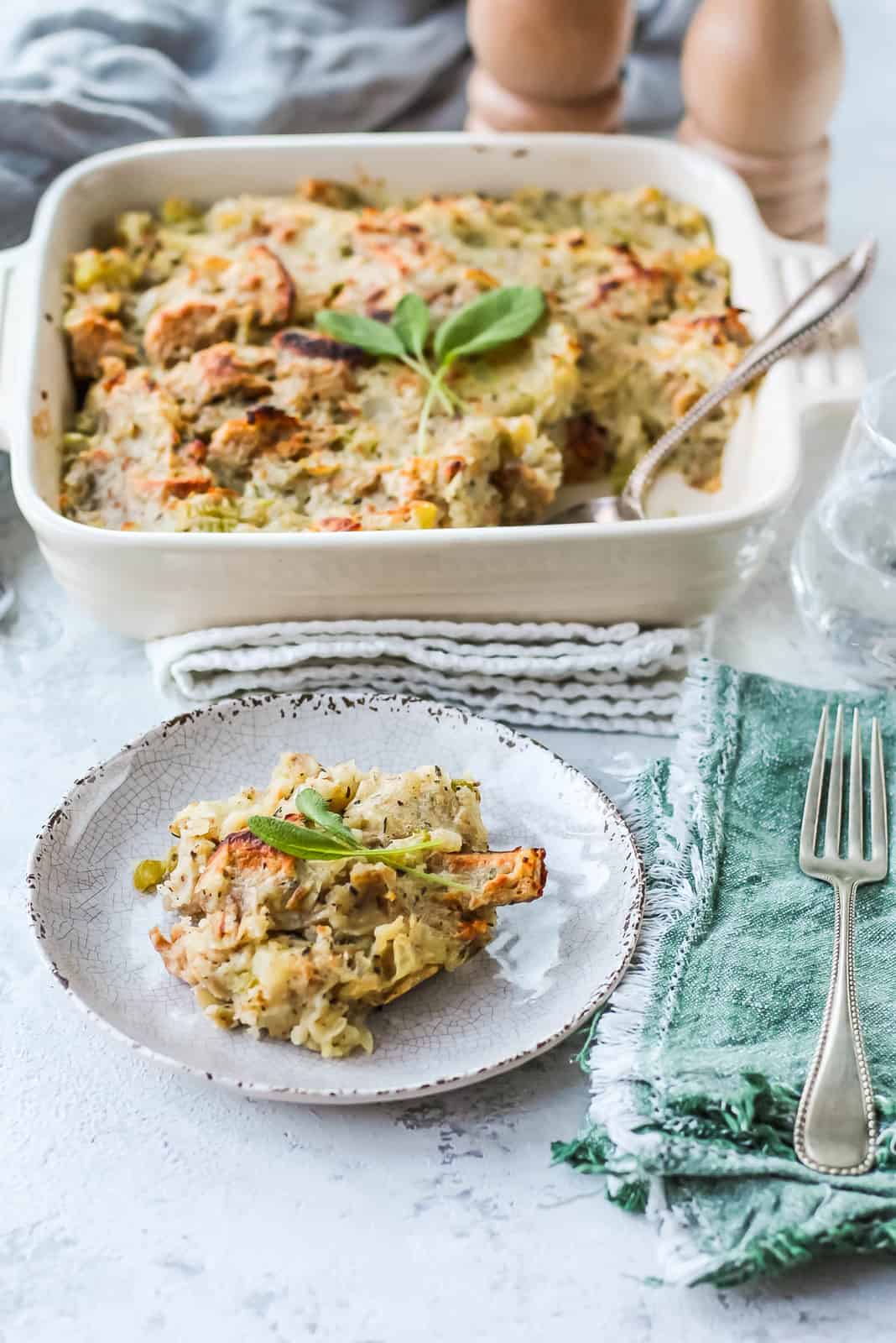 And since it’s all about holiday side dishes right now, an update to one of my faves, Miso Maple Roasted Brussels Sprouts. I photographed this recipe two years ago, out on my balcony, wearing tiny newborn Odin in the Moby wrap. 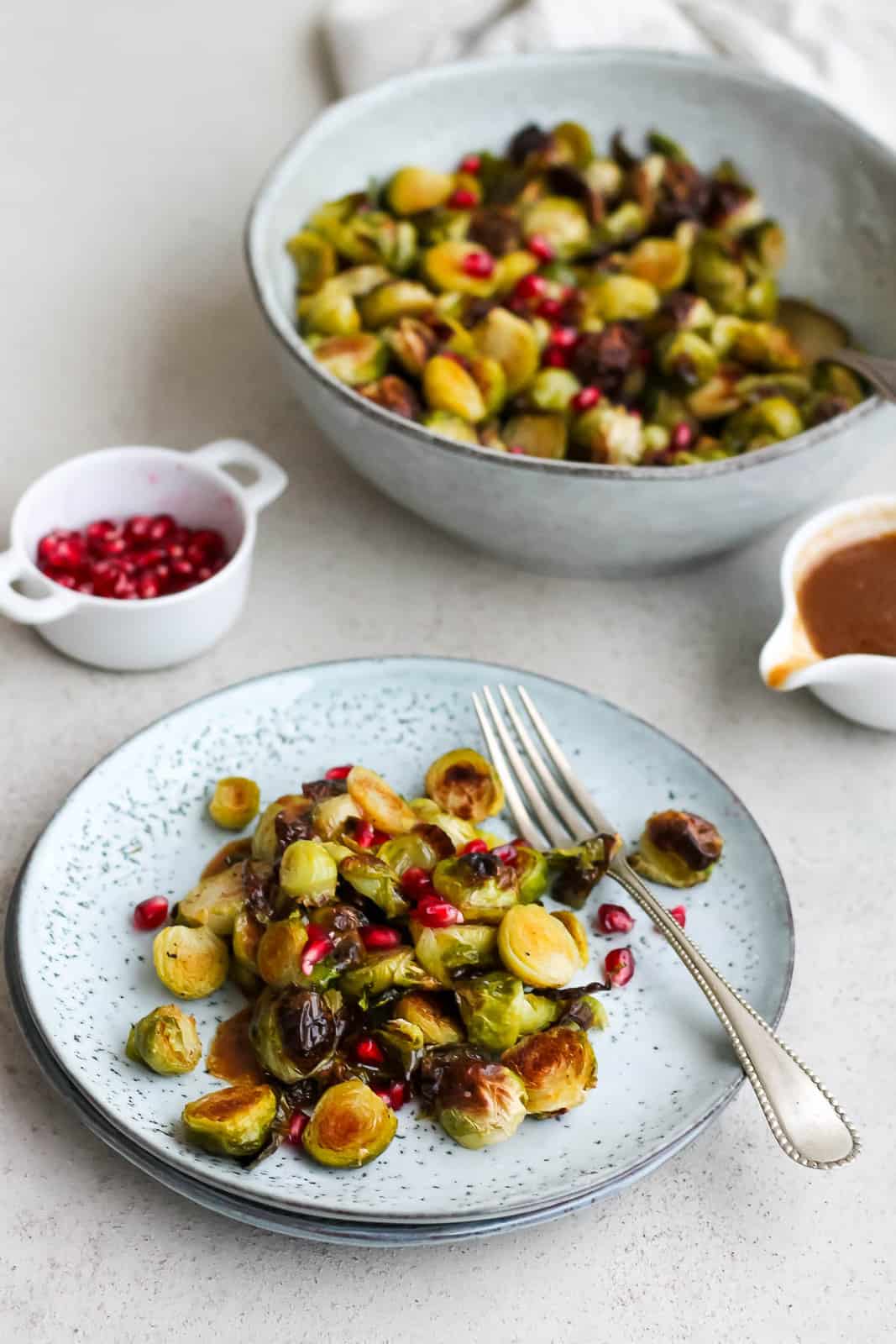 2. How to Cook Mung Beans. Who knew the humble mung would bring in so much traffic?!

5. 10-Minute Vegetable Ramen Noodles. So good when it’s cold out like this!

Thank you for this post. I was hesitant to do the 0 minutes cook time on the IP, because not even lentils are done that fast and I had bad experiences with other types of beans cooked for 40 minutes and still hard. But I’m glad I followed your advice for the mung beans as it turned out perfectly. Thanks again!

Yes! Trust me, it took a lot of trial and error to figure out the perfect cooking time for mung. I’m onto Adzuki beans now, and they are a total pain to figure out in the IP as well! 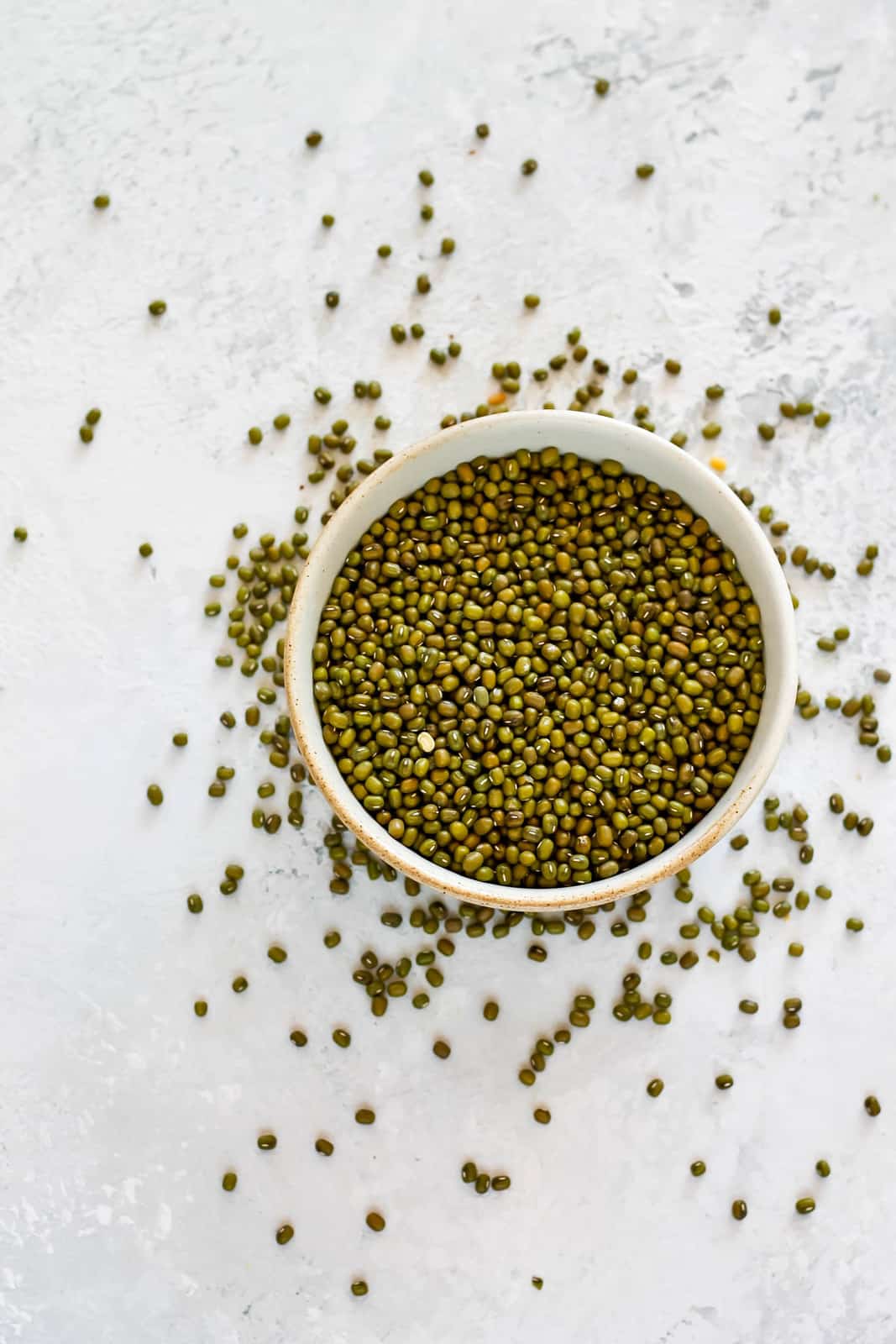 Sunday: Making a big batch of Slow Cooker Chickpea Curry (in the Instant Pot) to have for dinner and pack for lunches throughout the week.

Thursday: Leftover Instant Pot Mac and Cheese from the freezer.

Saturday: Not sure! Family dinner at Paul’s place, so whatever he’s making.

1. What to eat first thing in the morning to reduce anxiety.

4. The bittersweet history of diet soda for women.

5. Five things I learned from 14 grandmas around the world.