Today my sweet boy, my Odie Podie Pie, is two years old. Remember Odin's birth story? Feels like it's been a hot minute.

Man, what a two years it has been. Six months without a bathroom. Ongoing sleep deprivation. A global pandemic. Separation. I'd be lying if I said these weren't the two toughest years of my life.

Odie Podie, destroyer of books. Bully of brothers. Hater of sleep. That child is a gigantic pain in the butt to be sure. But he is also a freaking joy, ridiculously cute, adorably helpful, and gives the best, squishiest hugs that there ever were.

We had a small birthday party planned this weekend. I kept the guest list pretty tight since my apartment is small and covid is real, but made a great big cake and loaded up on snacks and drinks nonetheless.

And wouldn't you know it, yesterday morning the cancellations rolled in one after the other until we were down to just Paul, the boys, and me. One person had a stomach bug, one mis-calculated the timing of a family event on the same day, one woke up coughing, one had a runny nose, and another was just feeling off but later thew up. One after the other, until there were none. 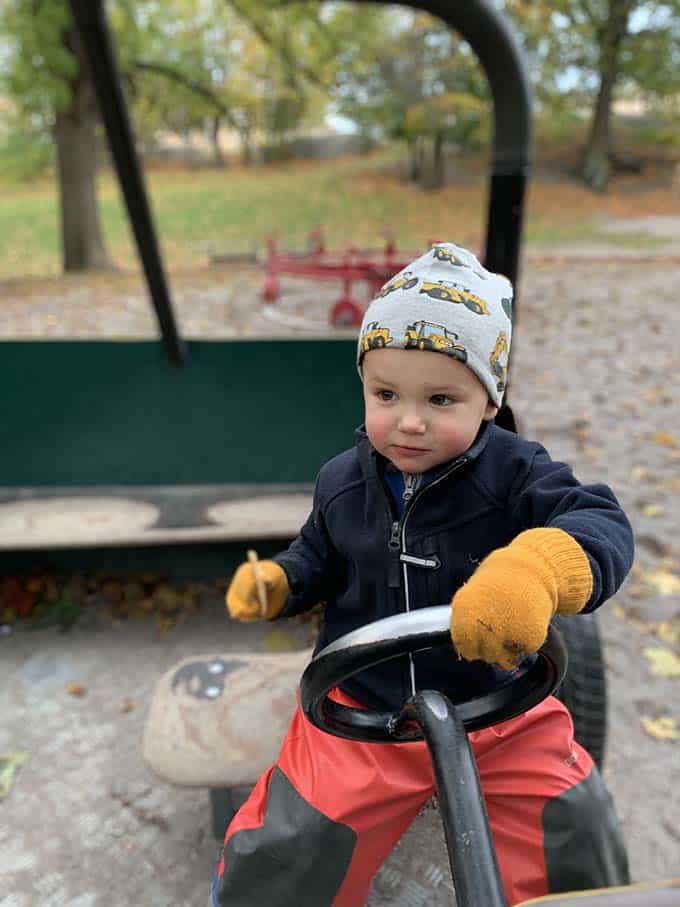 We made the best of it, though. We opened gifts together and my living room certainly looked as if there had been more than two children tearing off wrapping paper and testing new toys. Then we took the kids to a nearby playground for a bit, and then carried on to an American-style diner for burgers and french fries for dinner.

We all came back to my place for cake, and I sent Paul home with as much of as I could manage to stuff into a takeout container, and then realized I was a damn fool for not having him stay and help me wrestle two sugared-up, toy-crazed kids into bed at the end of it all. The saving grace was that when I finally emerged from putting Odin to bed, I found Niko passed out on the sofa.

Luckily, Odin is really too small to fully appreciate what his birthday is about, so the fact that nobody came to his party didn't ruffle him at all. Had that been Niko on the other hand, I shudder to think about the meltdown that would have happened.

I also fully appreciate that we live in a part of the world where things like birthday parties are still happening in a normal-ish way. I know many of you have had events cancelled or post-poned or have been having drive-by birthday parties and things like that. I don't take for granted for one second the privilege of even being able to plan a small party, even if every single guest did have to cancel. 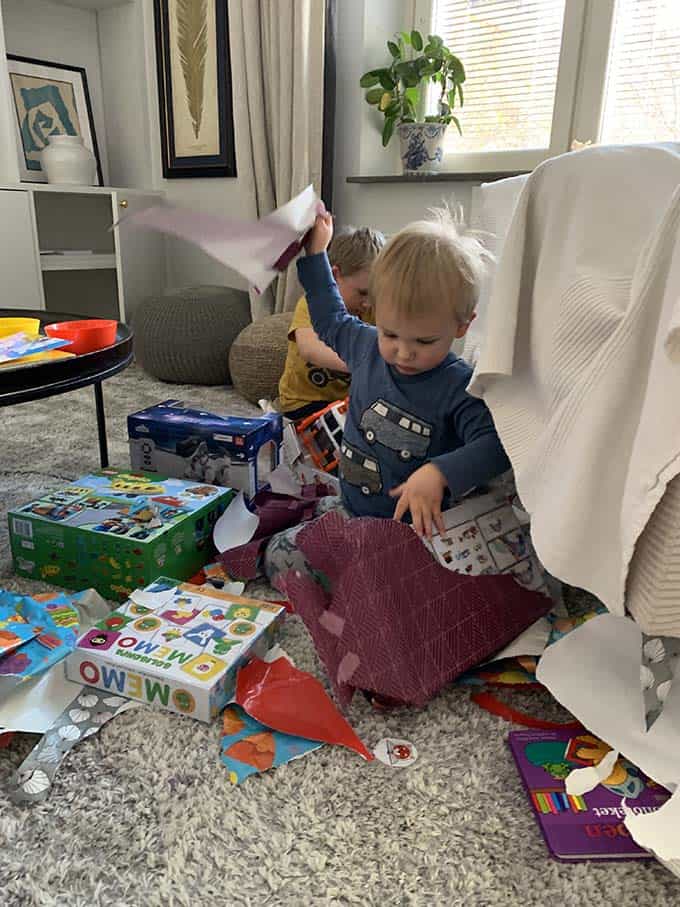 Odie got a toy microwave (<-- similar to that one but not the same make) from his Auntie B and a remote control dog (<-- again, not exactly the same) from his grandparents that were such big hits I had to confiscate both items at bedtime because it was overstimulation city. But he slept like a rock and treated us all to a 7am sleep-in, so a happy birthday was had by all.

Now I know you're all probably wondering what kind of cake I made him, and if you're thinking it's some sugar-free cake made out of kale and beans and tofu, well you must be new here.

There are few things I believe in as staunchly as the right to eat a sugar and fat-laden birthday cake made with white sugar, white flour, and real butter. You know, the stuff that dreams are made of.

This year I went for a yellow cake with chocolate frosting. I've been trying to make the perfect yellow cake for years, and while this one was very good, it still didn't quite qualify as the yellow cake of my dreams. I made this yellow cake recipe from Divas Can Cook, which was the winner of a recent yellow cake bake-off  on my friend Erica's blog, The Pancake Princess.

Erica used to write a regular food blog with recipes, but sometime in the past two years she transitioned to doing only bake-offs. So if you were ever wondering what's the best chocolate chip cookie or sugar cookie or yellow cake recipe on the internet, and that recipe does not exist on Hey Nutrition Lady (because obviously that would be the best) what she does is pick a topic, identify the 10-12 most popular recipes on the internet, bake them ALL IN ONE DAY, and then compare the results with a panel of recipe testers.

It sounds like total insanity, but I'm glad someone out there is doing it! 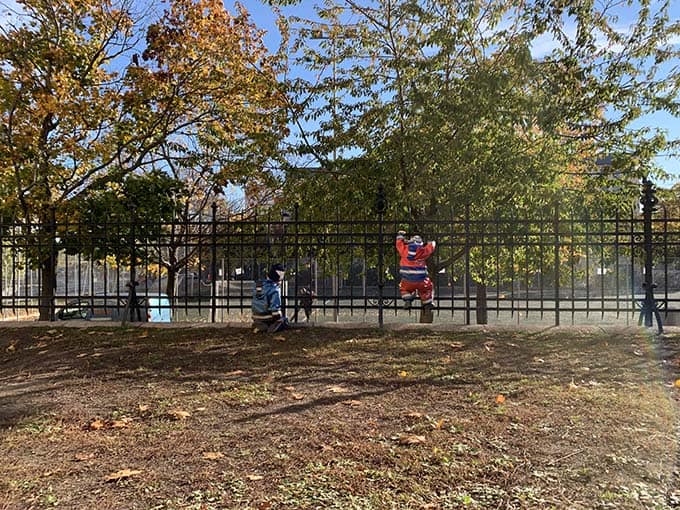 So the Divas Can Cook Yellow Cake Recipe was the clear winner of the bakeoff. I must admit that I didn't have buttermilk on hand (and it's not easy to find here) so I substituted a mixture of whole milk and sour cream, which may account for the less tangy, less fluffy cake I have on my hands. I should really bring some buttermilk powder back the next time I travel to North America which oh yeah might be never.

HOWEVER, her whipped chocolate buttercream frosting will from hence forth be my go-to chocolate frosting recipe. Holy crap is it ever good. So light, not cloyingly sweet, and so easy to make and use.

This week we started things off with a much needed reboot off an ancient recipe from the blog archives, Roasted Pumpkin Frittata with Kale and Goat's Cheese. Be sure to scroll all the way to the end of the post for a look at the original photo 🙈 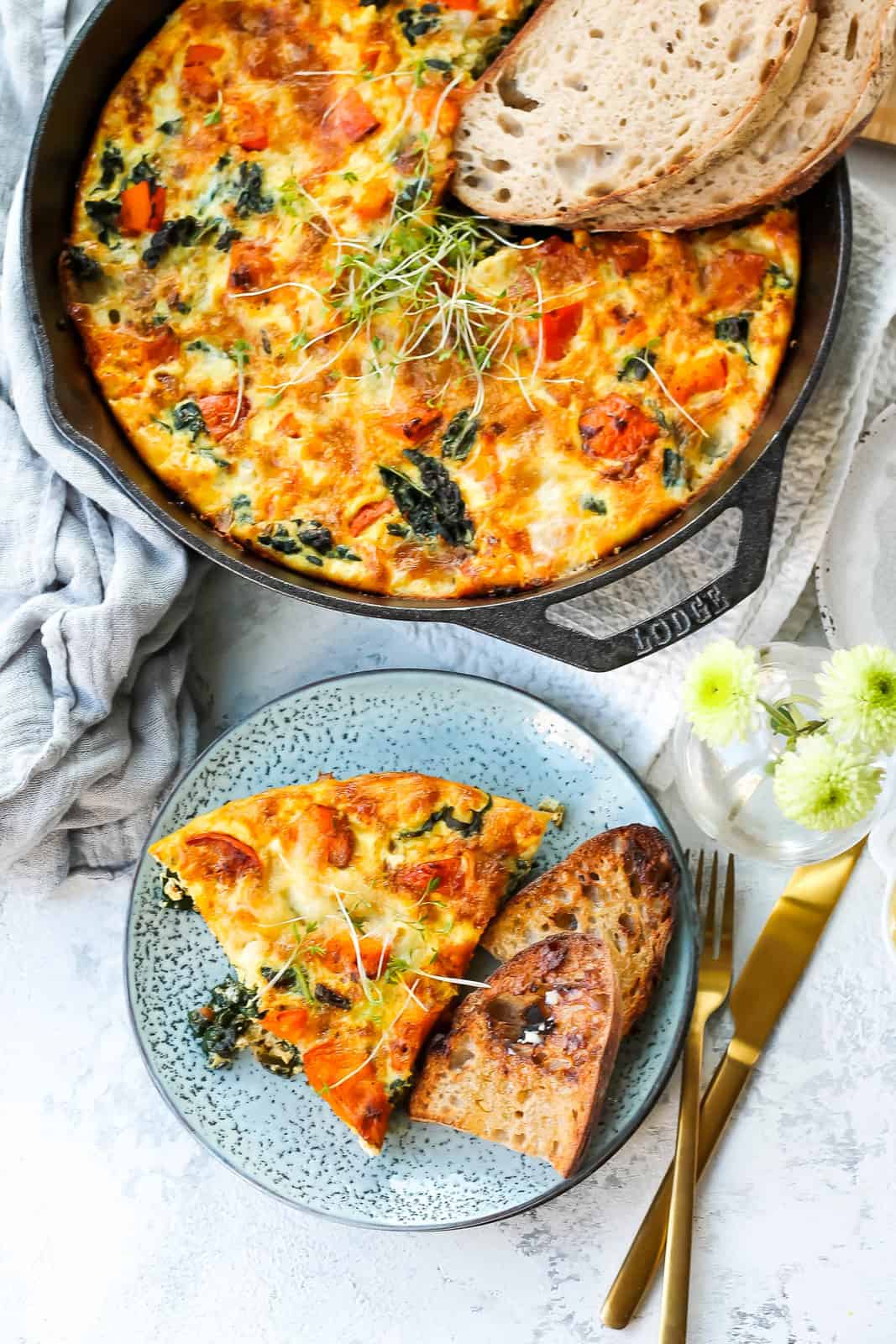 Next up, Baked Pumpkin Risotto. This recipe is made with short-grain brown rice, and doesn't require any stirring so it's perfect for a weeknight dinner.

2. How to Cook Mung Beans. Back to bridesmaid status this week.

5. Amazing Vegan Gravy. I would drink a cup of this stuff, I tell you.

A friend made this for me last weekend, and I cooked it for another group this weekend. It’s simple, it’s tasty, and a definite crowd pleaser.

I am totally with you, Lauren! It's one of my favourites to serve at a dinner party. 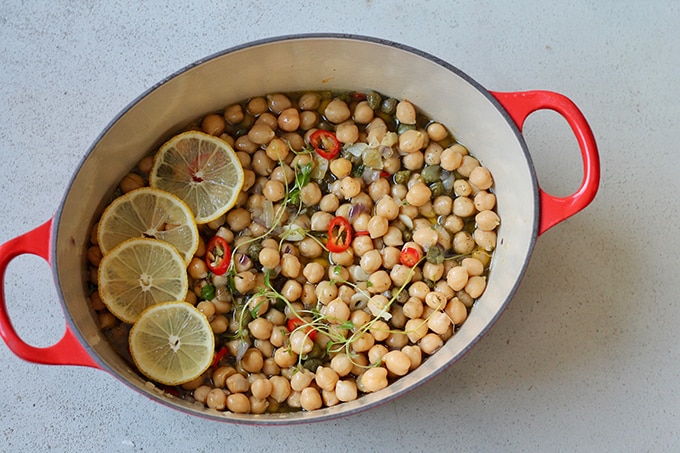 This week I have the boys for a few extra days, so planning the menu for the week was more fun than usual. It's also going to be a bonkers busy week with work, and since I'm doing most of the daycare drop offs and pick ups, I decided to keep the menu pretty simple.

Monday: Just me, so a big salad or more soup from the freezer.

Tuesday: The final test (pre photographs) of a pasta recipe I've been working on.

Thursday: Testing a recipe for a savory Dutch Baby pancake.

Friday: Takeout because eff it all.

Saturday: Snack Dinner. Lots of stuff leftover from the birthday party that didn't happen that needs eating up.

1. Why you should eat oatmeal at least once a week.

2. How a sick city became the healthiest place in Japan.

3. Remote learning can be a pain for kids in more ways than one.

4. Hacks for ordering healthy takeout and delivery, by cuisine.

5. Why making your diet part of your identity is bad for your health.