Hello friends and happy October to you all.

I've been sick this past week. I was sure it was likely just a gnarly cold that I got from my kids, but sick enough that I decided to take a covid test after reading the recommendations on the government website.

Here there are two options for testing for those who are experiencing symptoms: either a drive-in test, or an at-home test. Most people in Stockholm (myself included) do not own cars, so the government has contracts out with a taxi company to deliver home testing kits.

It was all impressively streamlined which I suppose one should expect 9-ish months into this mess. I registered online, filled in a brief questionnaire, and the test was ordered. It arrived about 24 hours later, delivered by a cheerful taxi driver who I met outside, and then picked up by the same guy a few hours later. 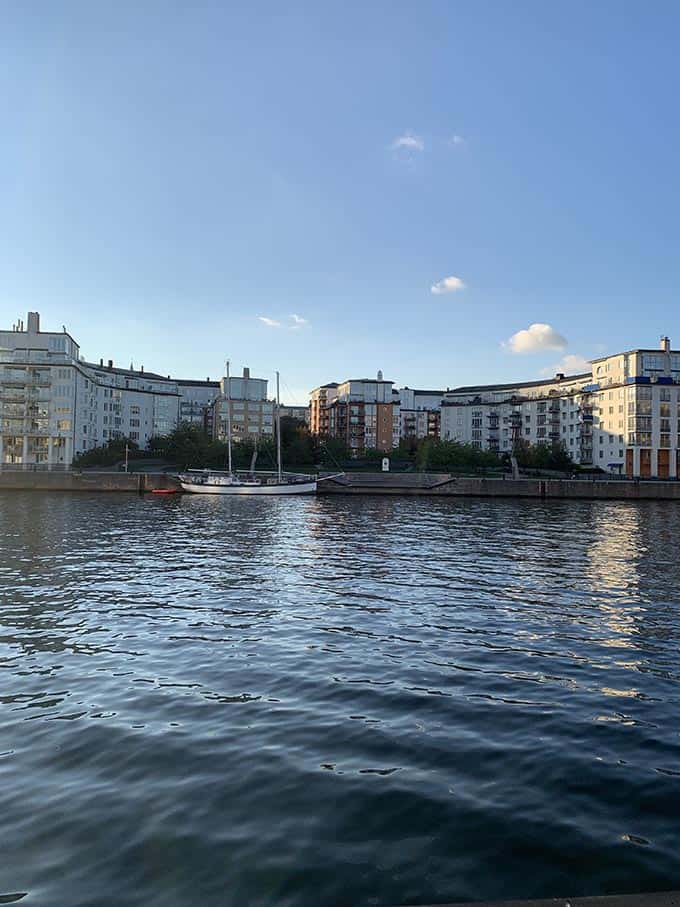 Another 24-ish hours later I got a text message (which came in at 11pm - they must be working around the clock) letting me know the results were ready. It was negative, so, yup, just a cold, but I had enough lingering symptoms that I cancelled a girl's night / belated housewarming party that I was meant to be hosting.

I have a feeling that lots of events will be cancelled this autumn and this is just how things are going to be for the time being. I must say, I'm really looking forward to, sometime in like 2025, looking back on 2020 and reminiscing about what a gong show it was, once firmly on the other side of things.

I hope you guys are all doing your best to stay safe and sane these days, wherever you are.

Odin was home from school for part of this week due to a runny nose, which is of course just how things are going to go now. He has a pretty good attention span for kid's programs on YouTube now, but I try and hold off on that unless I'm actually on a zoom call or something and need him to really be quiet.

He uncovered a stash of board games in the cupboard and managed to take every piece out of every game, including savagely tearing the packaging off of decks of cards so he could strew them about in a one-man game of 52-card pickup x four decks of cards.

And he was just so pleased with himself. I asked who made such a big mess and who broke all of the card packages and he said, "Odie did!" with glee.

It's got me thinking about what to get him for his second birthday, which is coming up in a couple of weeks. Any suggestions for kids that love destroying things? That will not also contribute to the destruction of my apartment?

Last weekend Niko had a homework assignment that he was meant to do over the weekend and take back to school on Monday. They're studying the human body right now, and each kid was assigned a different body part to read up on over the weekend, or so I thought.

Niko was assigned the lower leg, not including the knee or ankle, so really the shins, calf, etc. We read up on it, talked about the different bones, and I showed him pictures of my x-rays from when I broke my ankle some years ago. We downloaded some pictures from the internet, and sent them in, along with some facts we'd learned about the parts of the lower leg.

And then we got to school on Monday morning, and when I was inside hanging up his rain gear I saw the outline of a human body on the wall along with the various parts that kids had constructed over the weekend. A paper mache heart! A complex set of cardboard lungs! A foot constructed of many straws and other things to make up the bones.

Shiiiiiiiit! I realized then and there that I'd completely misunderstood the assignment. 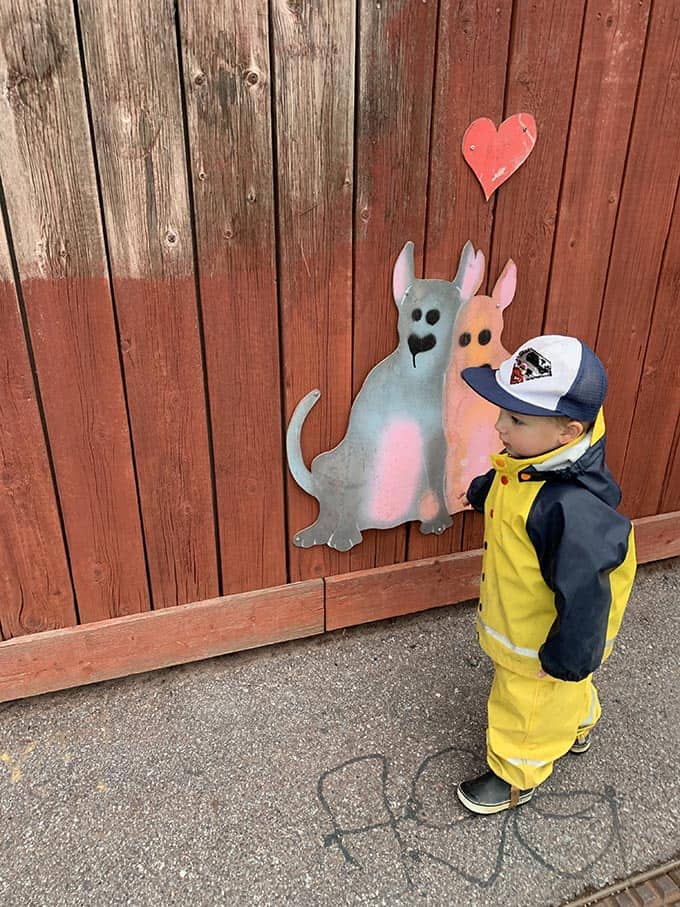 My Swedish is fairly decent. I can hold a simple conversation, ask questions at the grocery store, even take my kids to the doctor for something simple. But I can't for example, describe an incident where my kid splits his chin open on a pool deck, and I apparently can't understand preschool level homework instructions.

I was listening to Niko chattering away to one of his friends the other day, and realized that absolutely cannot keep up. When they were little and spoke in choppy sentences I could more or less communicate with them, but now when I try to talk they look at Niko with this embarrassed look like, wtf is your weird mom trying to say.

We have a little less than two years before he starts school proper, and it's going to switch from cute little preschool assignments to actual homework that I will not be able to help him with. So, it's more than clear that the time has come to take my Swedish from functional and pretty ok to legit fluent.

How to do this is another matter entirely. Fitting Swedish lessons into my already hectic schedule seems impossible, but I do realize that we manage to prioritize the things that are truly important to us, and this is something I've just been lazy about. Good enough has been ok for a while, but it's not going to keep cutting it much longer. 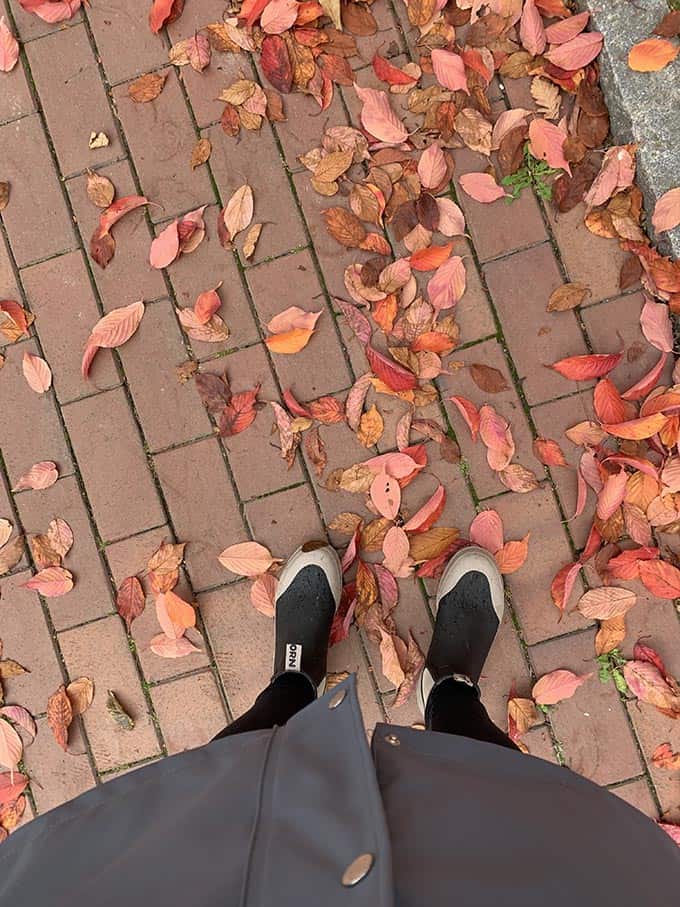 Question for you guys: what AUDIOBOOKS have you loved listening to?

I'm planning to cancel my Audible subscription as I'm not using the credits quickly enough and they're piling up, but I need to use three credits (i.e., download three audiobooks) before I cancel. Generally I prefer listening to non-fiction, but I'm open to anything.

So far I've listened to Untamed about 20 times (no exaggeration), White Fragility (don't recommend this as an audio book, the narrator is awful) and How to be Antiracist (which is read by the author and is very good). What else should I add to my listening queue? Three books!

And speaking of books, I just finished reading Know My Name by Chanel Miller, and I really must insist that every human person reads this book. It was infuriating, but I couldn't put it down. She is a brilliant writer and a bright star in this bleak world.

This week we kicked things off with a simple recipe for Instant Pot Pinto Beans. These beauties are seasoned while they cook and take less than an hour without any soaking. 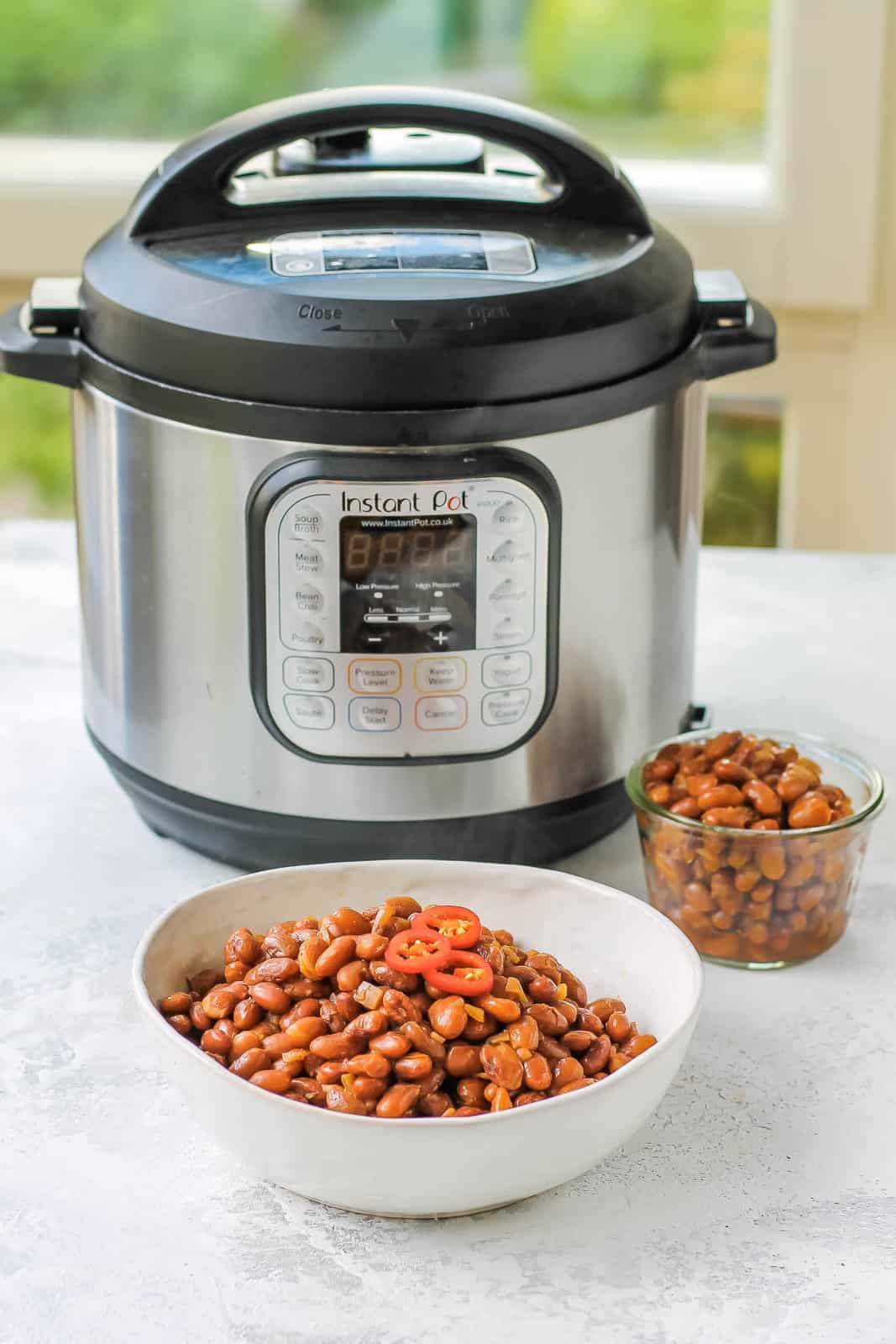 Next, we dipped our toe into pumpkin season with this easy and delicious Pumpkin Mac and Cheese. If nothing else, do it for that crispy panko topping. 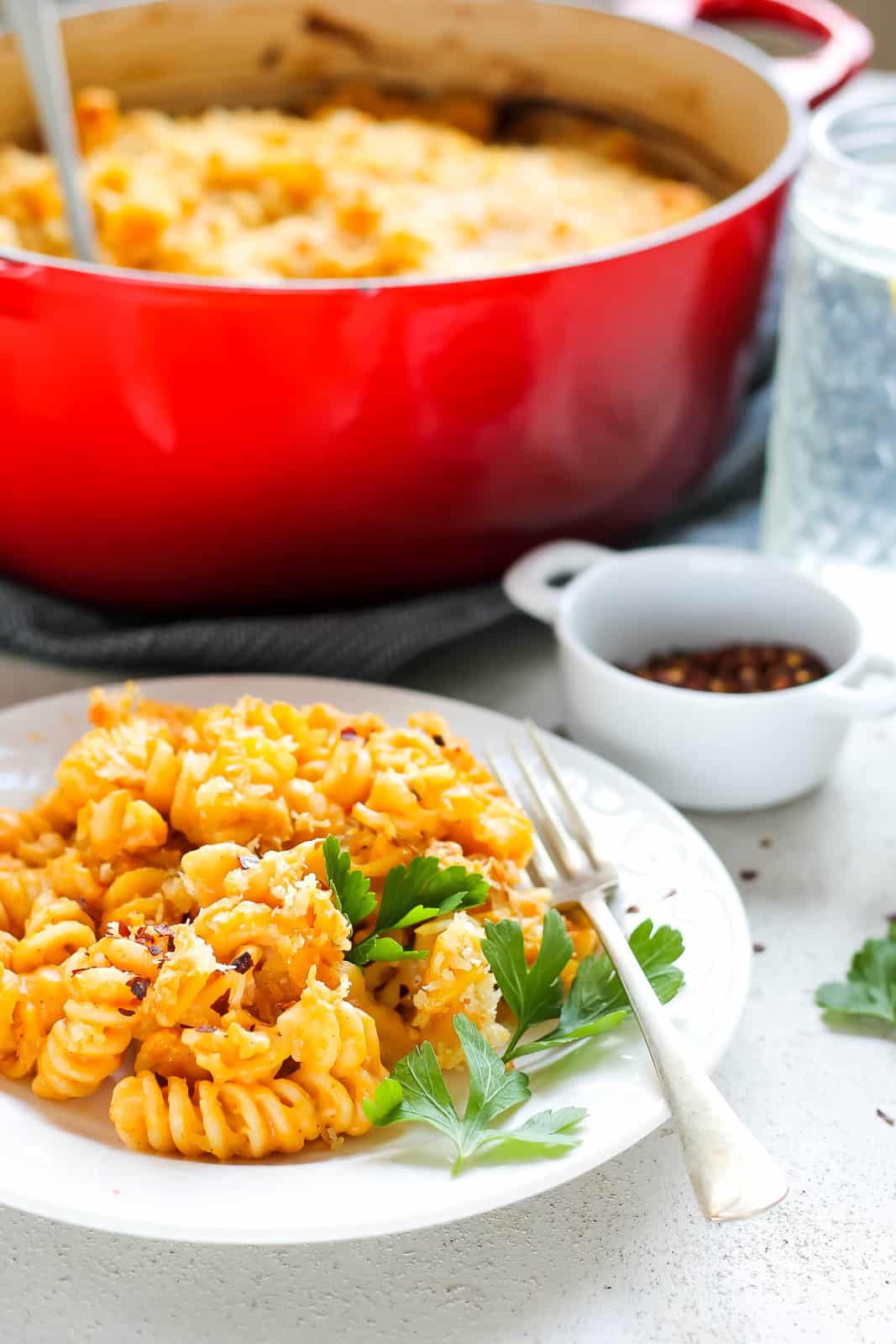 2. How to Make Homemade Pumpkin Purée. Use it for that Mac and Cheese!

5. Cinnamon Roasted Apples. Be sure to make these while the local apples are in season!

I was sceptical at first cos I’ve never managed to make a good tasting turmeric latte at home but this recipe is just excellent!! I love the fact that you make the pre-mix and then, just add a teaspoon to milk as and when you need a cuppa! 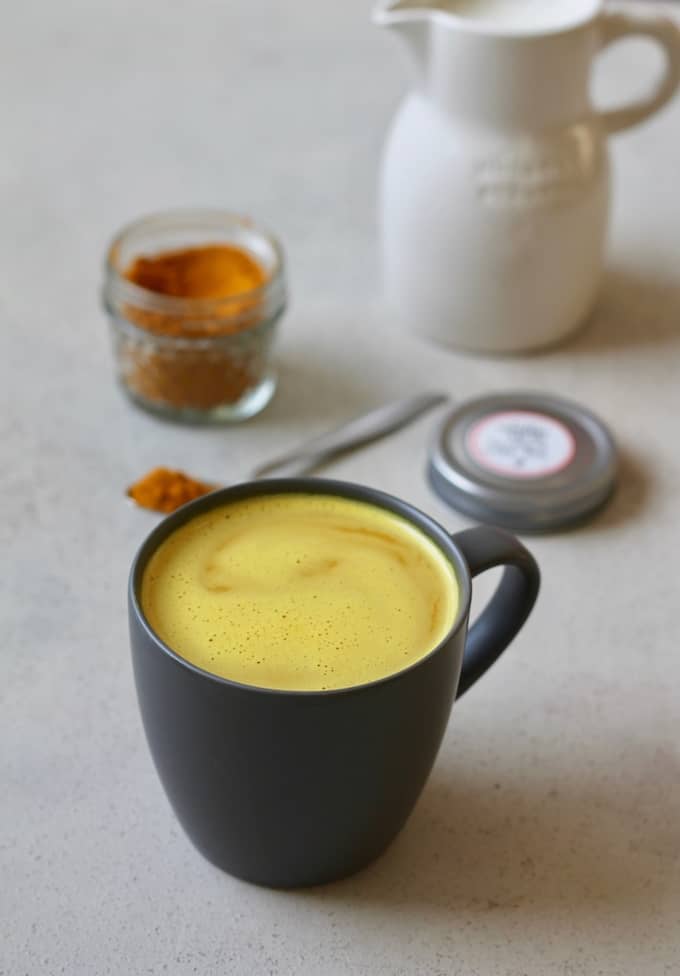 I just made a big batch of this mix myself and have been enjoying a turmeric latte most afternoons. So easy and so tasty when you've got the mix ready to go!

Last week's menu was pretty successful with the kids. I created a highlights section with Instagram Stories called "feeding kids" if you want to catch up with how our meals are going during the week.

Our only hiccup was that I didn't realize that our park's hotdog day was done for the season (I think they ended it early this year) so I was on the hook for a spontaneous dinner on Thursday. I saved the day with some plain cheese quesadillas and cut up veggies, which the kids ate happily.

Here's what's on the menu this week:

Sunday: I'm making up a big pot of this Instant Pot Lentil Soup for tonight but also to have on hand during the week.

Monday: Trying a super simple lasagna recipe from my grocery delivery. Going to make it tonight to eat it tomorrow.

Tuesday: Caramelized Tofu with Lime Rice. Another from the grocery delivery. I've been trying to make this one happen for three weeks so hopefully I'll actually get it done this time!

Saturday: I've got a girl's night at a friend's cabin. Not sure what we're having.

2. According to an Irish court, Subway bread is not bread.

5. Trump is requiring food-aid boxes to come with a letter from him.