In December of 2016 I was sitting in a vacation rental in Hawaii unravelling at the state of the world. Donald Trump had been elected president of the United States. Brock Turner's trial was in the news. Bombs were raining down on Aleppo.

It was then and there, I think, that the seed of my discontent began to take root.

I discovered Glennon Doyle and the great work she does through Together Rising when Elizabeth Gilbert shared a post asking for donations for Aleppo. I read Molly Wizenberg's coming out story, and in the same instance read about Elizabeth Gilbert's decision to end her marriage so that she could fully love a dying woman.

These women were doing something, each different, each profound in the midst of the messiness of the world, and the knowing of it rocked me.

Something inside of me began to unravel, and I would not properly begin to address that unravelling until July of this year when I made the difficult but important decision to move into my own space.

Fast-forward to this weekend. I've just finished reading Molly's newest book, The Fixed Stars, which details her shifting sexuality and the subsequent end of her marriage. A story I knew, but didn't really know.

My next book, on Glennon Doyle's recommendation, is Know My Name, the memoir written by Chanel Miller, the woman who was assaulted by Brock Turner. I get up on Saturday morning, make myself a mug of tea, and settle in to read the first chapter when I hear the news of Ruth Bader Ginsberg's passing. 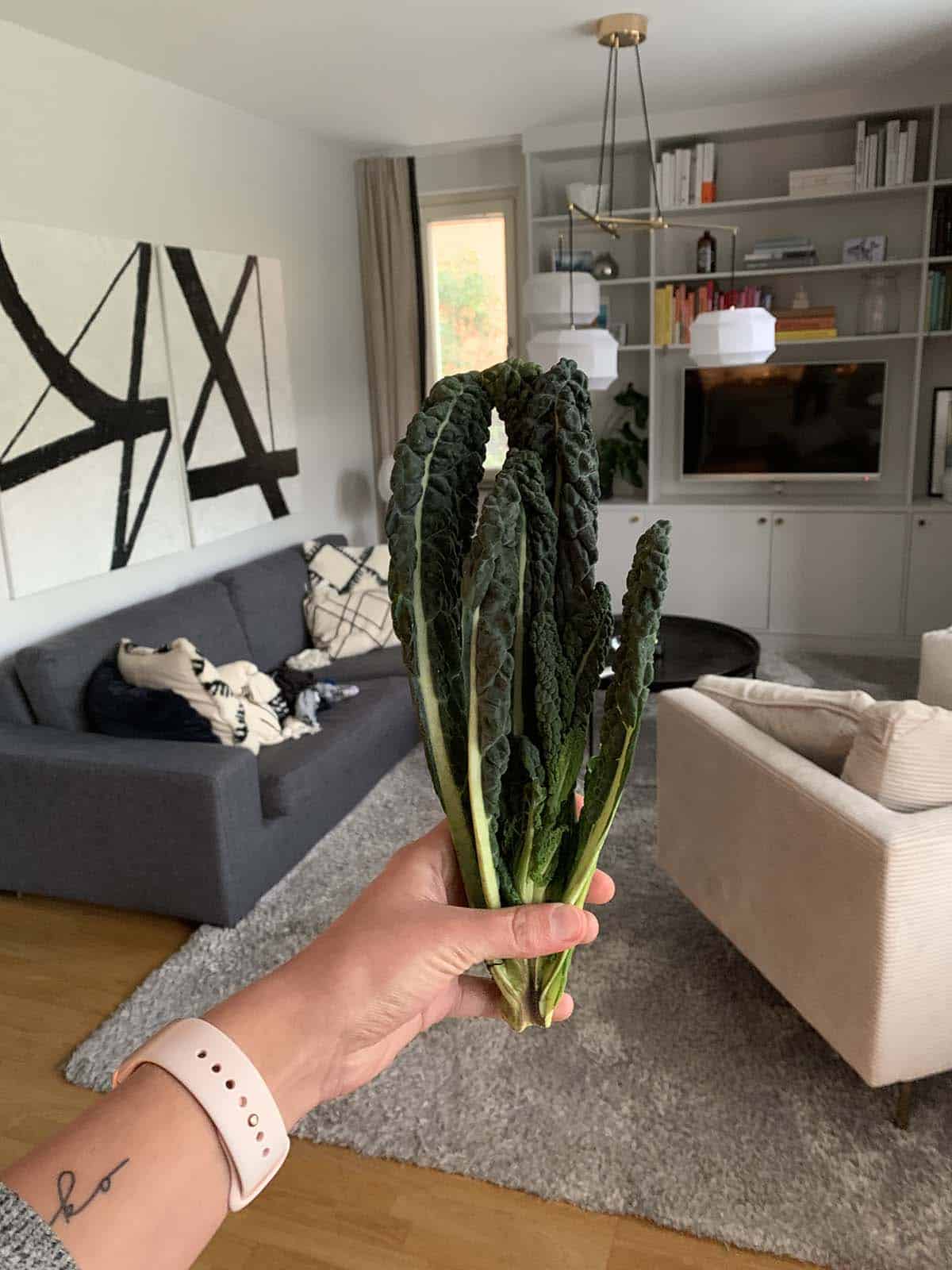 The day before, for reasons I'm not going to get into, I had a very "f*ck the patriarchy" kind of a day. When I read about RBG, that unravelling that started back in 2016 started to pick up speed again.

I feel now, like I did back then, a distinct blend of furious and helpless. It is a combination that I don't know what to do with. That I'm surrounded by the stories of the exact same women as I was four years ago - Glennon, Molly, and Chanel - is not lost on me.

I am not American - I'm Canadian, and I live in Sweden - so in many senses, whoever will replace RBG on the Supreme Court does not impact me. Except that, it does.

What happens in the US has a ripple effect all around the world, and whoever does or does not replace RBG will have massive implications for women's reproductive rights, LGBTQ rights, climate change, gun control, and who knows what else. This is a Very. Big. Deal.

Not only that, but it's a very big deal in the midst of what is already a complete dumpster fire of a year.

I honestly don't know what to do right now. I'm waiting for the dust to settle and figure out the best place to throw some money to support something, someone, who can help fight this fight.

Things are going to get worse before they get better, and I wish us all grace and compassion. But I also wish us all to channel the RBG within. Speak up, do your part, dissent, VOTE, and do what you need to do.

Be a badass; the future depends on it. 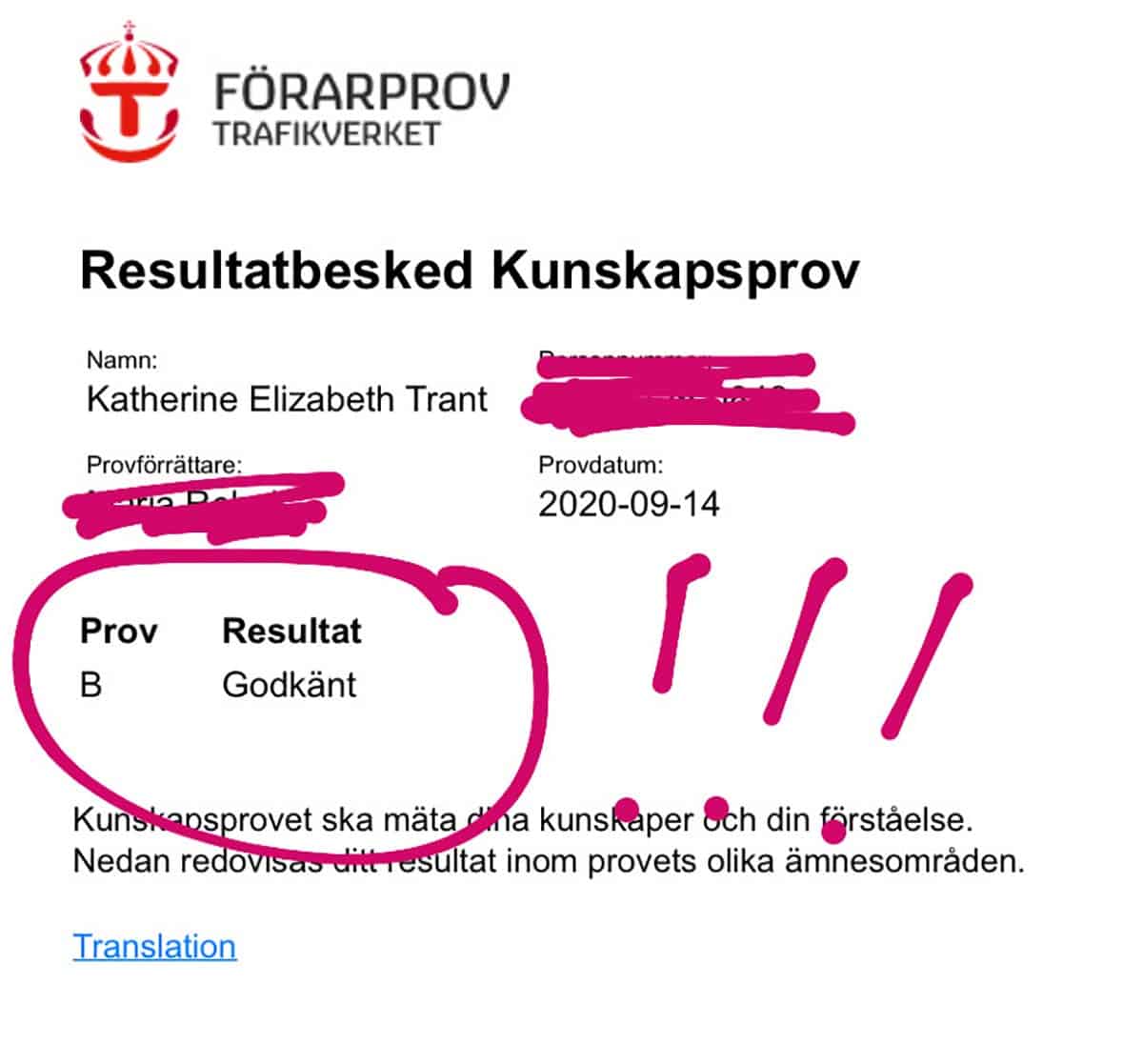 I sat my driving theory test this past week on Monday, and praise to all things good and true, I passed.

I seriously have not studied for anything like that in years, not since organic chemistry or integral calculus. This test was HARD, and keep in mind that I've been driving for over 25 years.

I bought a package with the textbook along with a set of 1000 theory questions, and after some time was regularly passing the practice tests. But then I switched to using a different app that phrased the questions slightly differently, and was back to failing them all over again.

Eventually, though, I was rocking both systems, and in the days leading up to the test I think I did an average of 10 practice tests (of 70 questions each) per day.

Even though I was clearly well prepared, I found the test super stressful. You get your results immediately, as the test is taken on a computer, but it took me about 15 minutes to stop shaking when I was done.

The final step of this process will be doing an actual driving test, which I have booked for the end of October. I started taking driving lessons this week (which are a freaking racket in this town, let me tell you) because even though I've been driving for a long time things are different enough here that I know plenty of people in my same situation who have failed their practical test.

I'm also opting to take the exam on a manual transmission (you can't drive one if you don't take the test on one) which adds an additional element of eco driving to the exam. You're graded on driving in the most environmentally-friendly way possible, which includes engine braking rather than hitting the brakes, and driving in a much higher gear than I'm used to.

God willing I will pass this part too and have this whole process behind me once and for all. It's really amazing to me how many crappy drivers there are here considering how challenging they make it to get your licence. 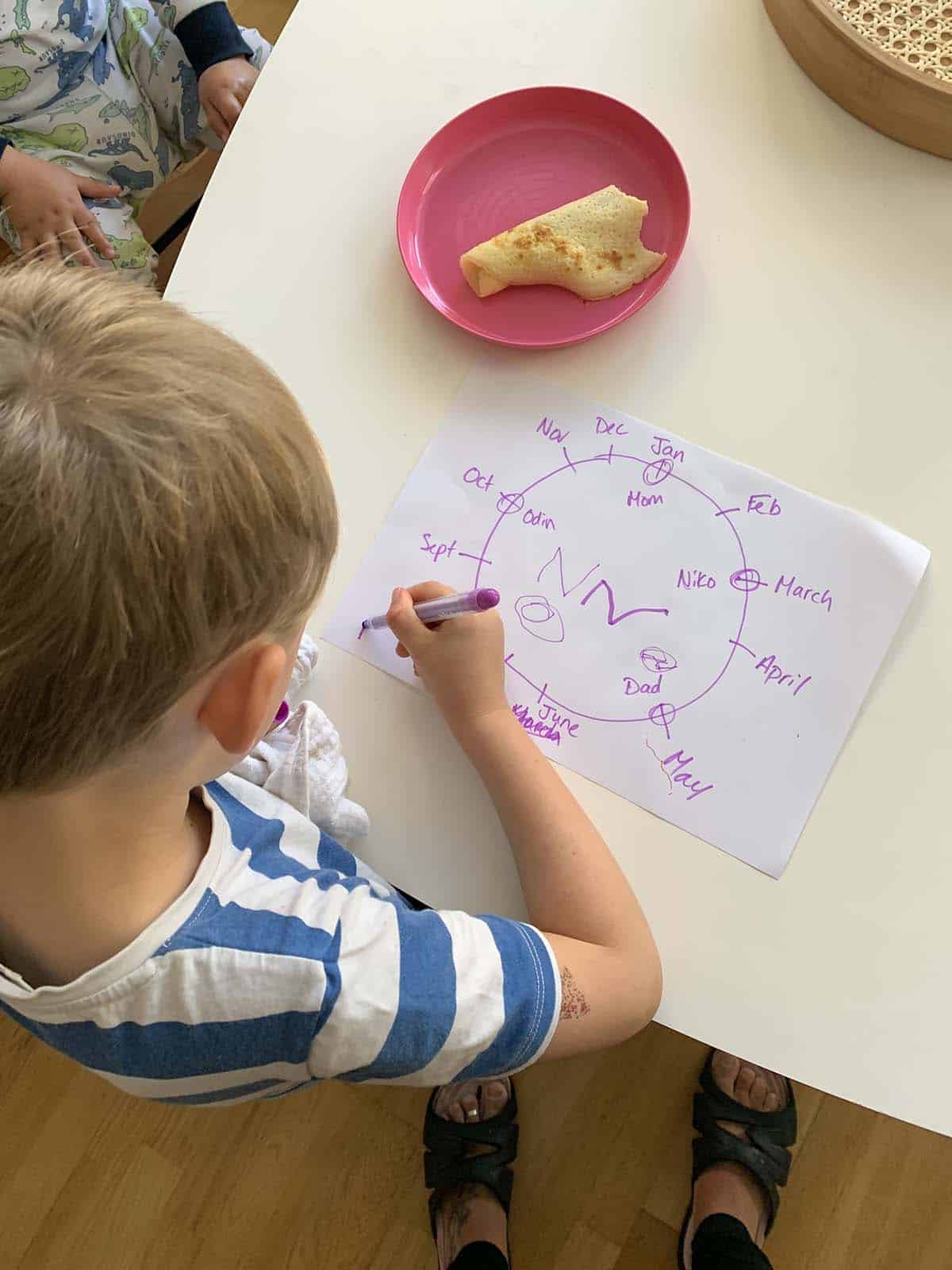 Trying to explain the concept of time

For the past several weeks (months, maybe?) I've been struggling with feeling tired. Not just a little bit tired, but deeply, bone-crushingly tired.

I am no stranger to tiredness, having worked for many years a job that required me to be up at the crack of dawn, and having had two small children, one of whom is still a fairly crappy sleeper. But this to me felt different, and I had begun to wonder if there was something wrong with me.

I questioned whether my iron or B12 levels might be low, and started taking some supplements. I wondered whether it had to do with stress, as I certainly have been under a lot of it lately.

But then I decided to try out this revolutionary concept called (...wait for it) "going to bed early", and lo, I feel a heck of a lot better.

For weeks and weeks now I've told myself I should try going to bed by 9:30 most nights, but more often than not it would be 11:00 or later before I finally turned out the lights. Starting this week I set an alarm on my phone for 9:20pm and just stopped whatever I was doing at that point to go and get ready for bed.

I haven't been waking up any earlier than I was before (except on mornings when my darling child decides we're having an early one) so I clearly needed a lot more sleep than I have been getting. I'm not sure that 9:30 bedtimes will always be realistic for me, but I'm going to try and make a habit of it, especially while in this period of rest, recovery, and reflection.

This week we kicked things off with one of my favourite breakfast recipes: Apple Cinnamon Overnight Oats. 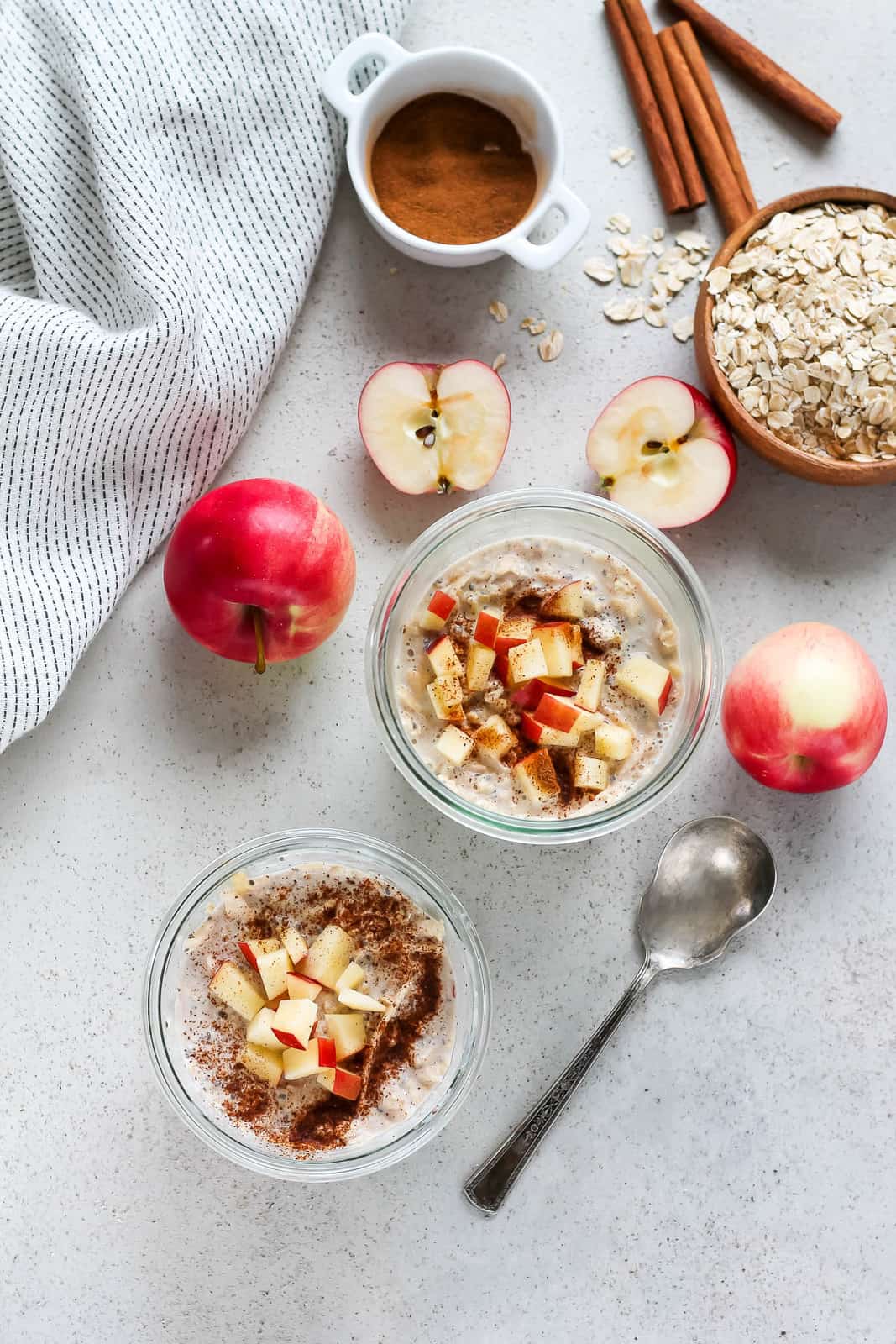 Next, a reboot of one of the first ever recipes on HNL, Halloumi Sandwich with Roasted Red Peppers. Be sure to scroll down to the end of the post to enjoy one of the original photos. 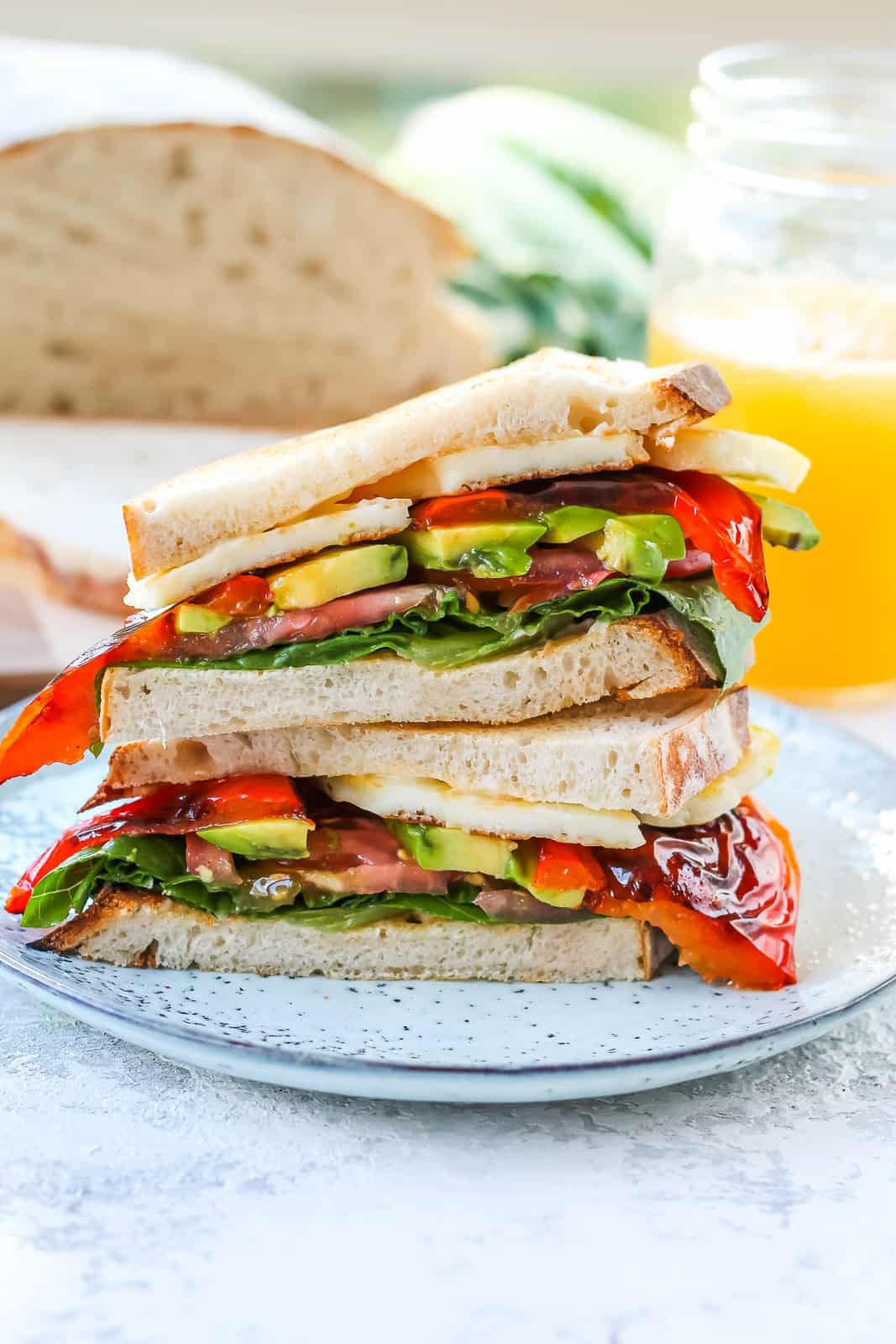 Love this list, it makes me hungry just reading it- it’s one I keep coming back to again and again!

Yes! It's such a good collection of satisfying recipes. 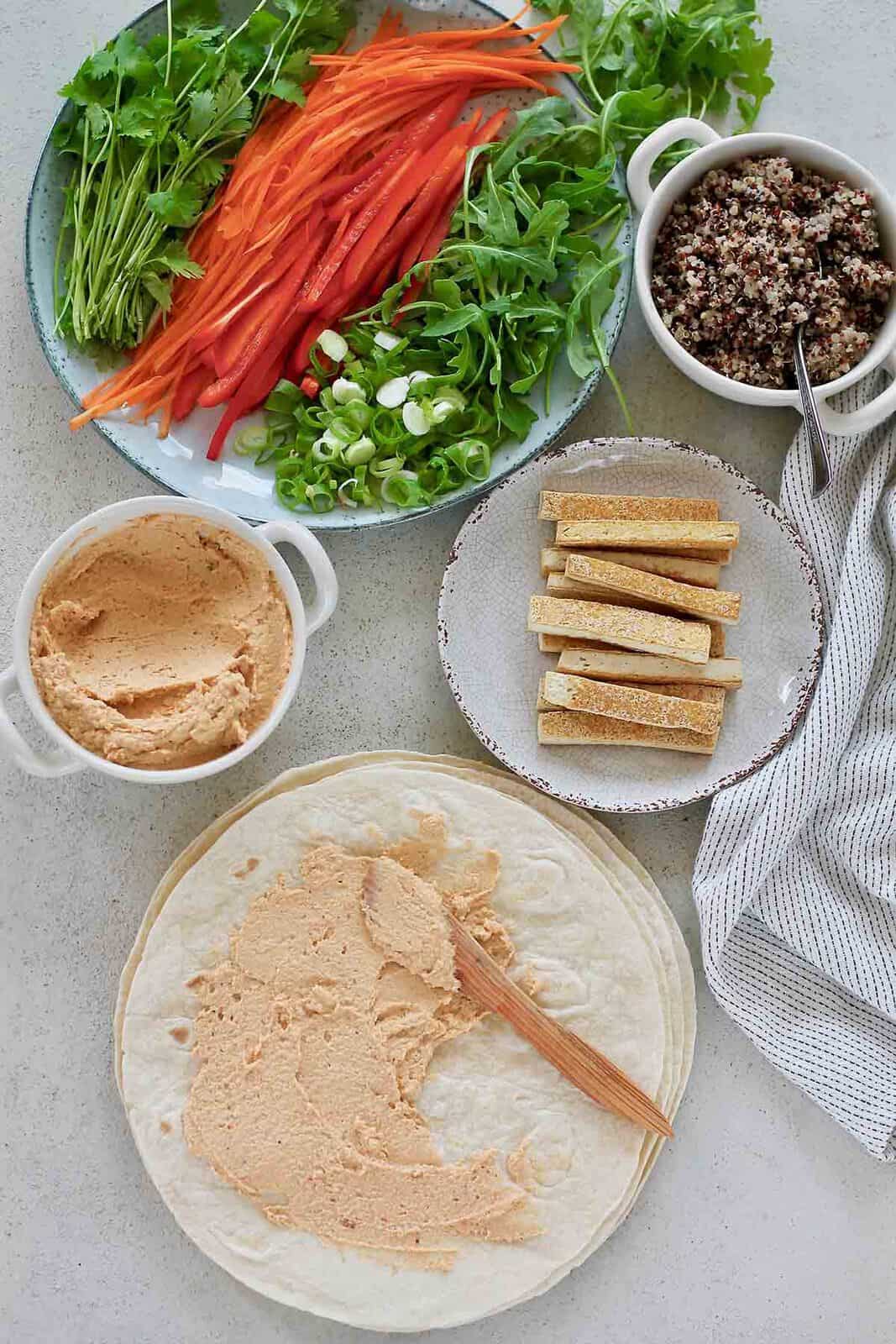 Last week we had some real hits and some real misses. It always surprises me what the kids will and will not eat, but whenever we have an unexpected win it reminds me why we keep trying new things. 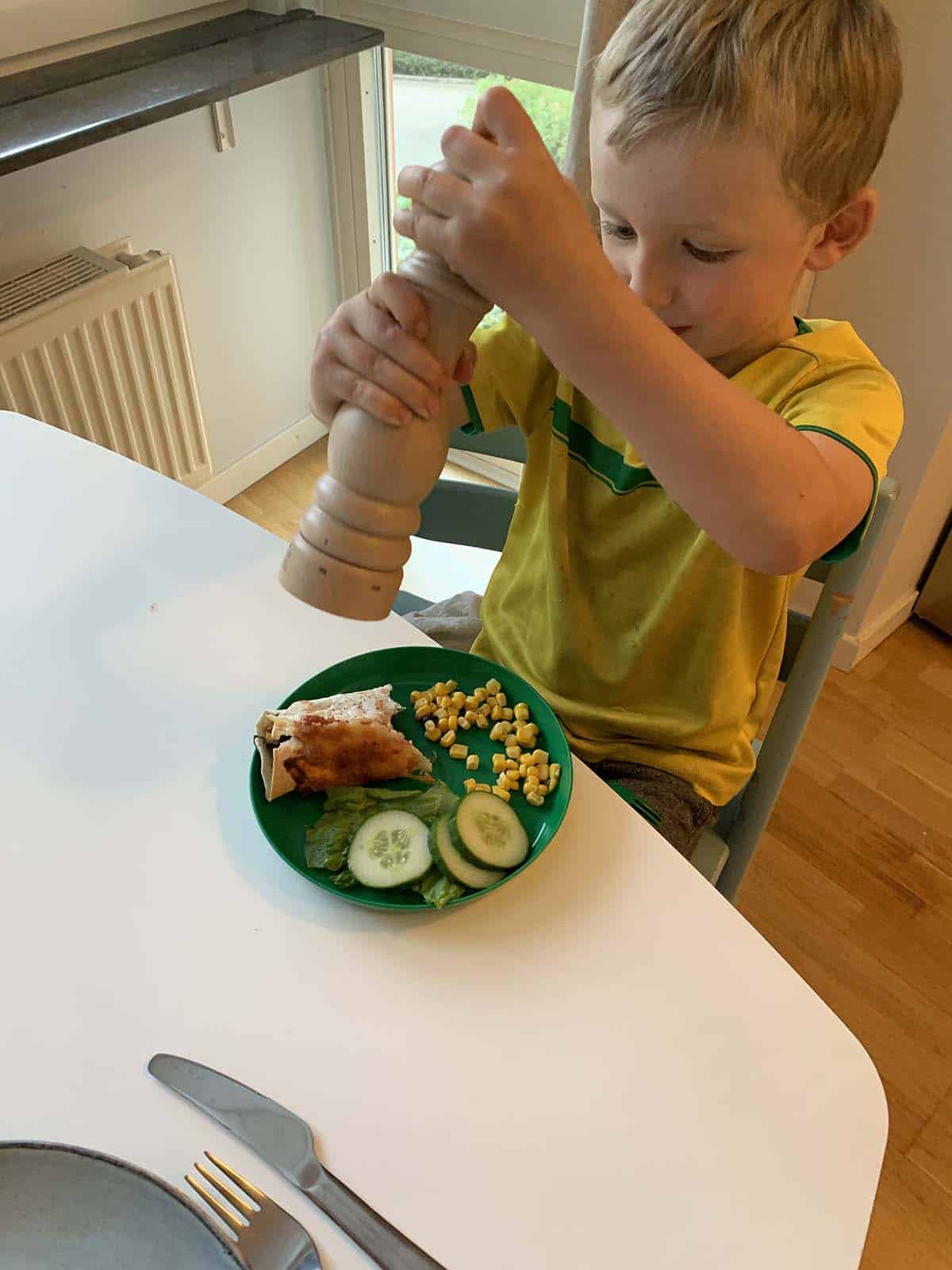 The enchiladas were a hit!

Here's what we're having this week:

Sunday: Pizza night with this Spelt Pizza Dough, and breaking in a new pizza steel!

Monday: I'm going to a sound healing mediation thing after work, so will grab a quick salad before hand.

Friday: Going to make a quick batch of my 10-Minute Vegetable Ramen Noodles.

Saturday: I've got dinner out with a friend, not sure where yet.

1. What to drink first thing in the morning, according to nutritionists.

5. How to store butternut squash so it lasts.