Last weekend, with no kids and no plans, I decided to throw myself into blog work.

By the end of the weekend I photographed eight recipes, which is a LOT. These days the gold standard in food blogging is to do step-by-step process shots of every recipe, ingredients shots, and "hero shots" (the fancy, styled photos at the beginning and end of the post) so I end up taking dozens of photos of each recipe.

This means going up and down a step stool, bending over a photo board, and back and forth between the stove and the photo set up over and over again. So eight recipes in one weekend? Yeah, that was kind of bonkers.

I wrapped things up late Sunday afternoon as I was starting to lose the light, and as I stepped down from the step stool for the last time and surveyed the mess in my kitchen I thought to myself, wow, that was really dumb.

I was so tired that my body was shaking, and was too burnt out to do any writing or anything else. Just as last time I did a mega shoot weekend, I was exhausted but also couldn't sleep afterwards. My legs were shaky and my mind would not shut down.

So rather than starting the work week well rested and refreshed, I was burnt out from the get go. So silly.

I asked myself why I felt compelled to work so much rather than just chill out and watch movies or read a book or go for a walk, all of which would have been lovely. Partly I think it's because I'm so accustomed to just having tiny pockets of time in which to do blog work. A whole weekend? Glorious! I should fill that up!

The other part, of course, is that I'm not so used to being alone, so I don't know how to fill the time. That is clearly something I need to work on.

By the end of the week I just felt absolutely cooked. I had dinner plans on Friday evening that had been booked way back in May, and a team building thing for my company on Friday afternoon. But when I got up on Friday morning I had a pounding headache and was too lethargic to drag myself into the office.

I ended up working until the time when the team building thing was supposed to start, and then crawling into bed for my bi-annual nap. It was glorious. I felt called to rest, and so I did. 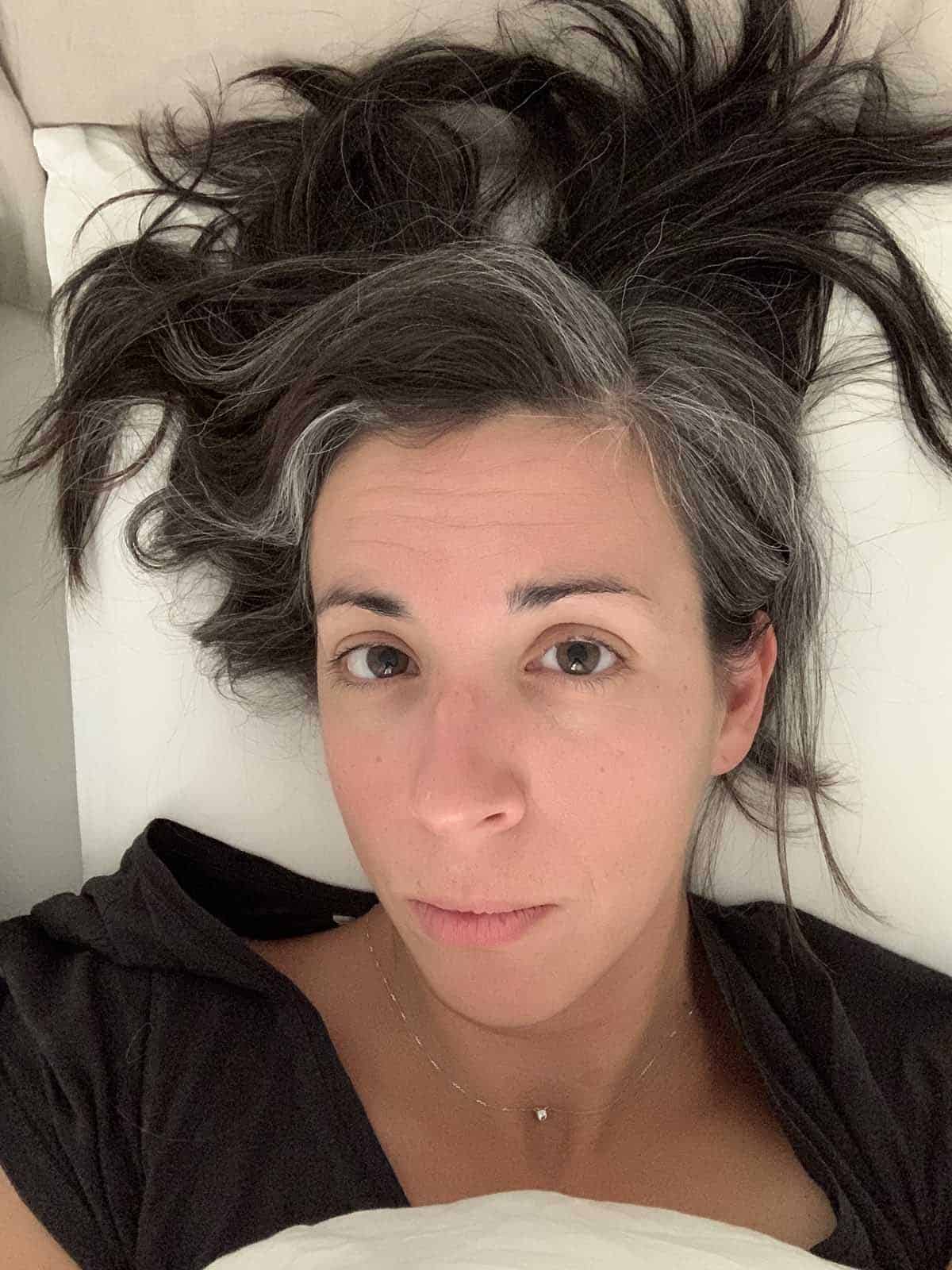 I spent a solid two hours in bed, not necessarily sleeping but not doing anything else. I soaked up the quiet, calm, clean, peaceful atmosphere of the place and really appreciated taking the time for myself.

And then, because I had rested, I actually had the energy to get myself fancied up for a dinner out with friends, which was also fantastic.

There is a bit of a backstory here. There is a group of women, former colleagues and friends, who get together for dinner a few times per year. It's always a pain to organize a time that fits with everyone's schedule, but we try our best.

One of the group, Katrina, has a husband who is a chef, and has worked at some of Stockholm's nicest restaurants. A few years ago their house burned down and they lost everything, including the family pets. One thing that did survive the fire was a tree that the house had been built around, so the new house was built with a big deck wrapping around the same tree.

About a year ago her husband decided to leave the restaurant world and try something different, so they opened a restaurant out of their home three nights a week. We've been wanting to try it for ages, but with covid and schedules and life, it's taken us a full year to get around to it. 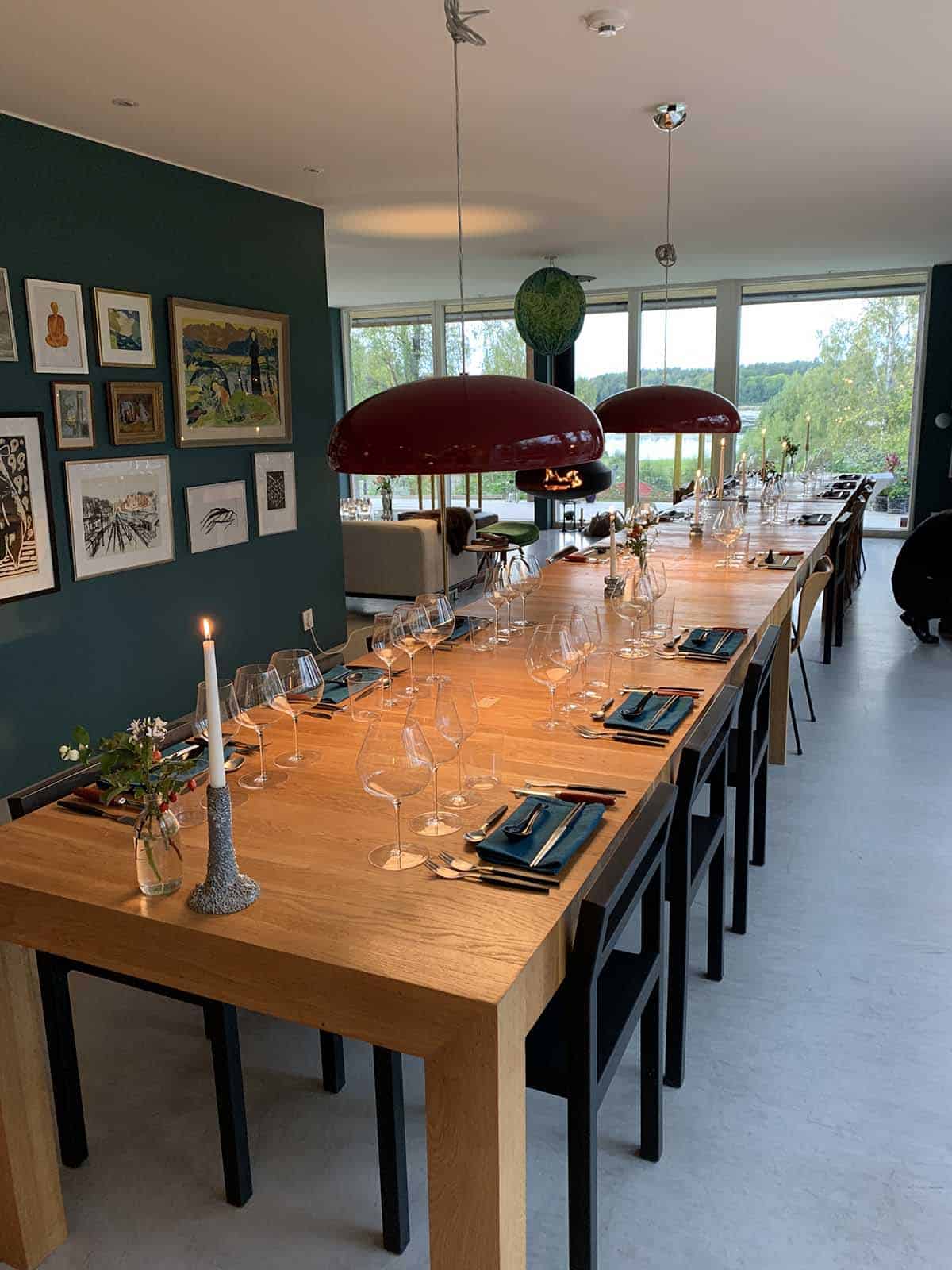 The dining table at Villa Brännugnen

Man oh man was it ever worth the wait. A bit of a splurge to be sure, at $150 per head, but such a unique experience and amazing food.

There were four parties there the night we went, including ours, for a total of 16 dinner guests. They have one huge long table that is off of their open kitchen, and the parties were seated with pandemic-friendly gaps between them.

We had eight courses paired with five different wines, each of which were beautifully composed and so delicious. I had the vegetarian option, obviously, and they reached out in advance to ask questions about exactly how vegetarian and what ingredients were acceptable so that they could make it as best as possible. 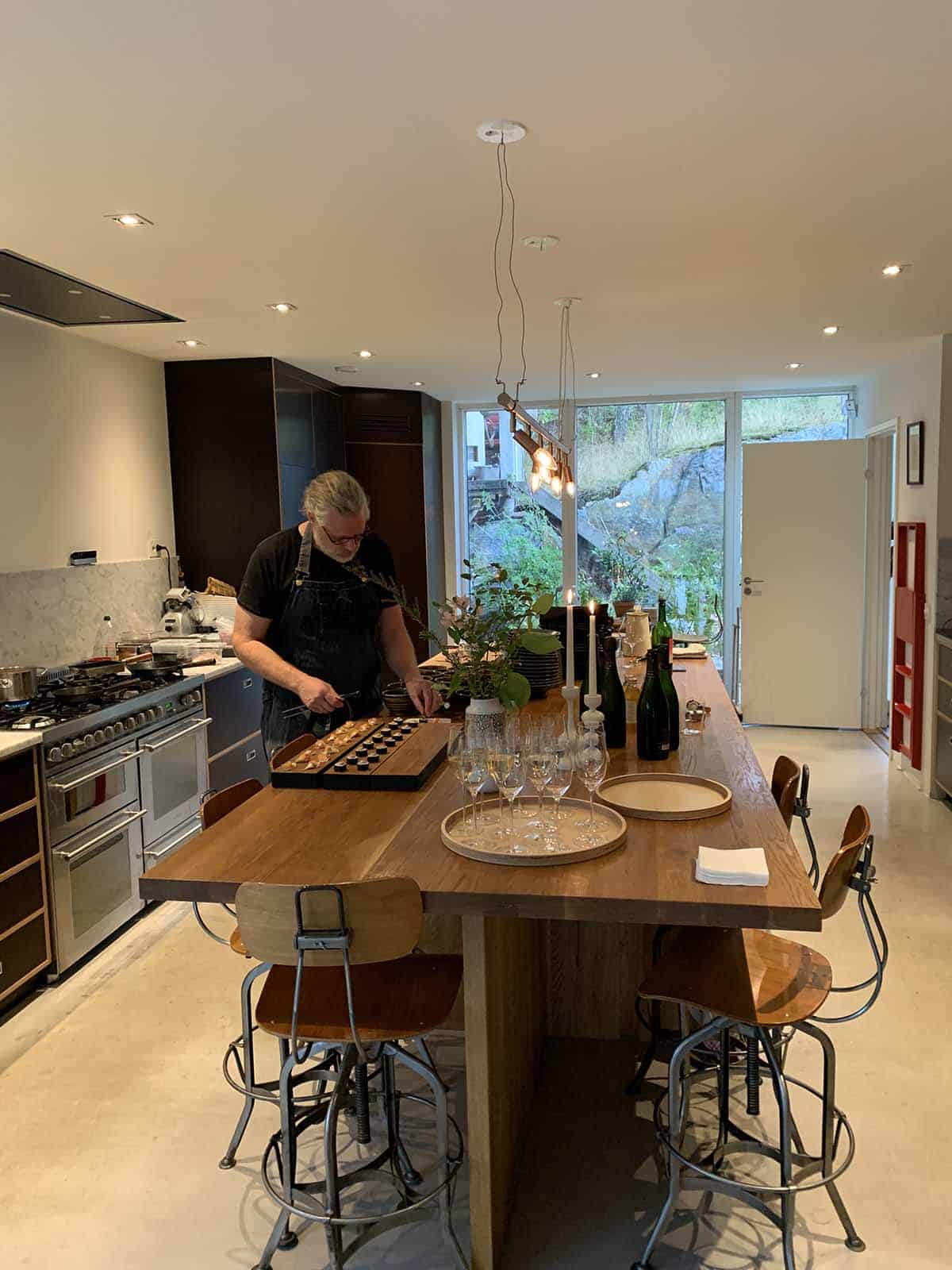 The chef at work

One thing that I found really exceptional was, with the exception of one course, every single dish I had had a protein element, which is quite rare for vegetarians in fine dining.

Mostly it was just so lovely to get together with friends and have this wonderful dinner in this amazing house as a little respite during this toughest of tough years. For anyone in Stockholm (or visiting Stockholm in 2022 or whenever things calm the eff down) I can highly recommend an evening at Villa Brännugnen. 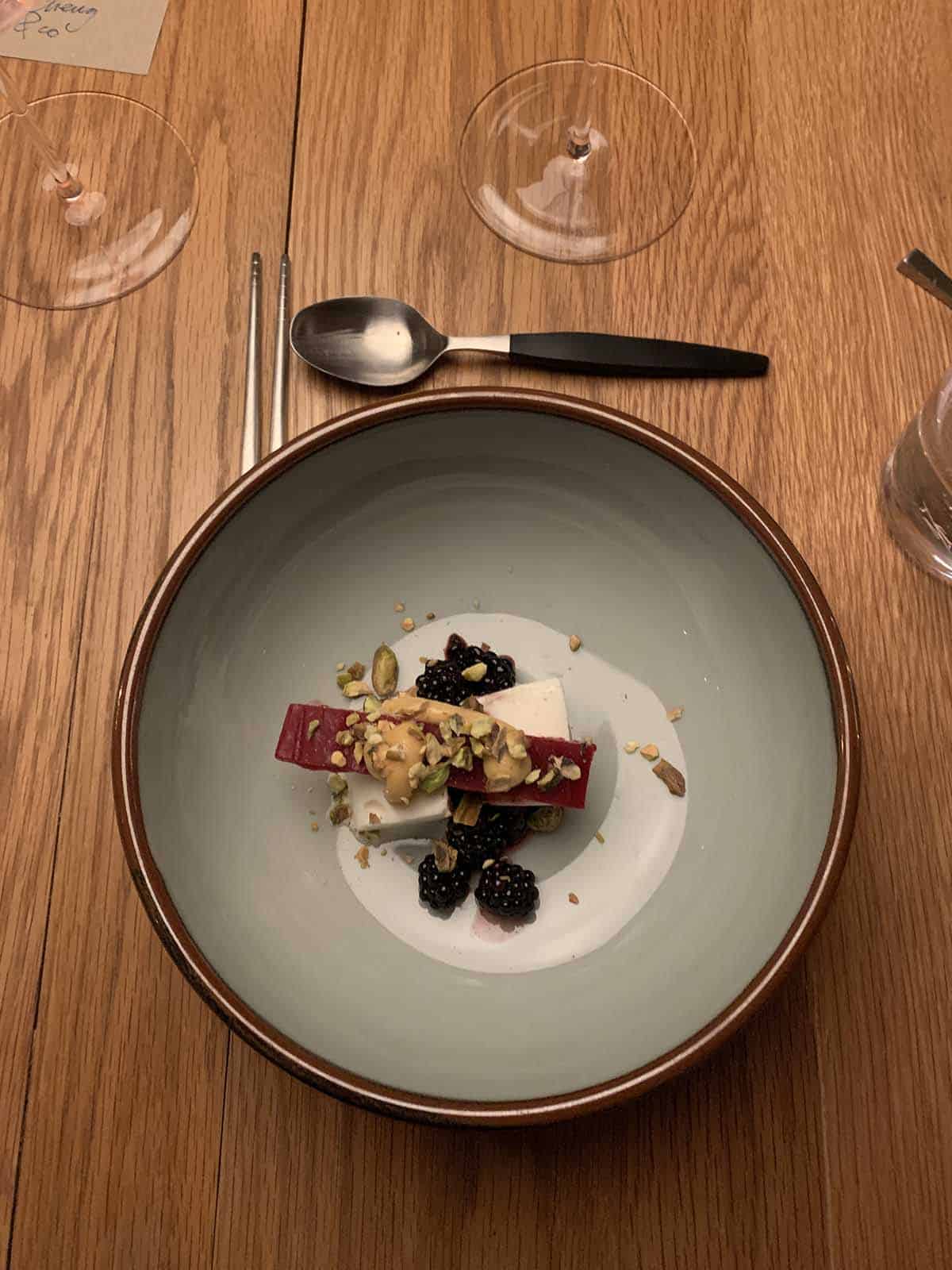 This dessert was mind blowing

But can we talk for just a moment about antibodies?

We pulled up for dinner (I went with a friend who was driving, so no public transit) and when we arrived our host said, "are we hugging or no?" and I said, sure I'll give you a hug. She followed up with, "Do you have antibodies?"

I do not (my test came back negative, whomp whomp) and so she gave me an elbow bump instead. Fair enough.

When I went into the house another former colleague greeted me with open arms and said, "Don't worry, I have antibodies!"

A similar discussion went down at work last week. I had a meeting in a room that had just been vacated by another group, and when I went to spray the table with disinfectant a colleague said, "Oh don't worry, Jacob was sitting there and he has antibodies!"

Ok, great. Congratulations on your antibodies. But can we be clear that it's kind of a meaningless metric? And that antibodies are not a shield? And that they don't mean that you didn't touch a corona door knob and spread the virus to the area that I'm now sitting?

I don't know how prevalent this antibody discussion is in the rest of the world since Sweden has taken such a different approach to things (one that I am quite happy with, for the record), but man it makes me crazy!

We started things off this week with a brand new recipe that I hope will streamline your morning routine! These Vegetarian Breakfast Sandwiches are freezer friendly, easy to bulk-prep, and delicious. 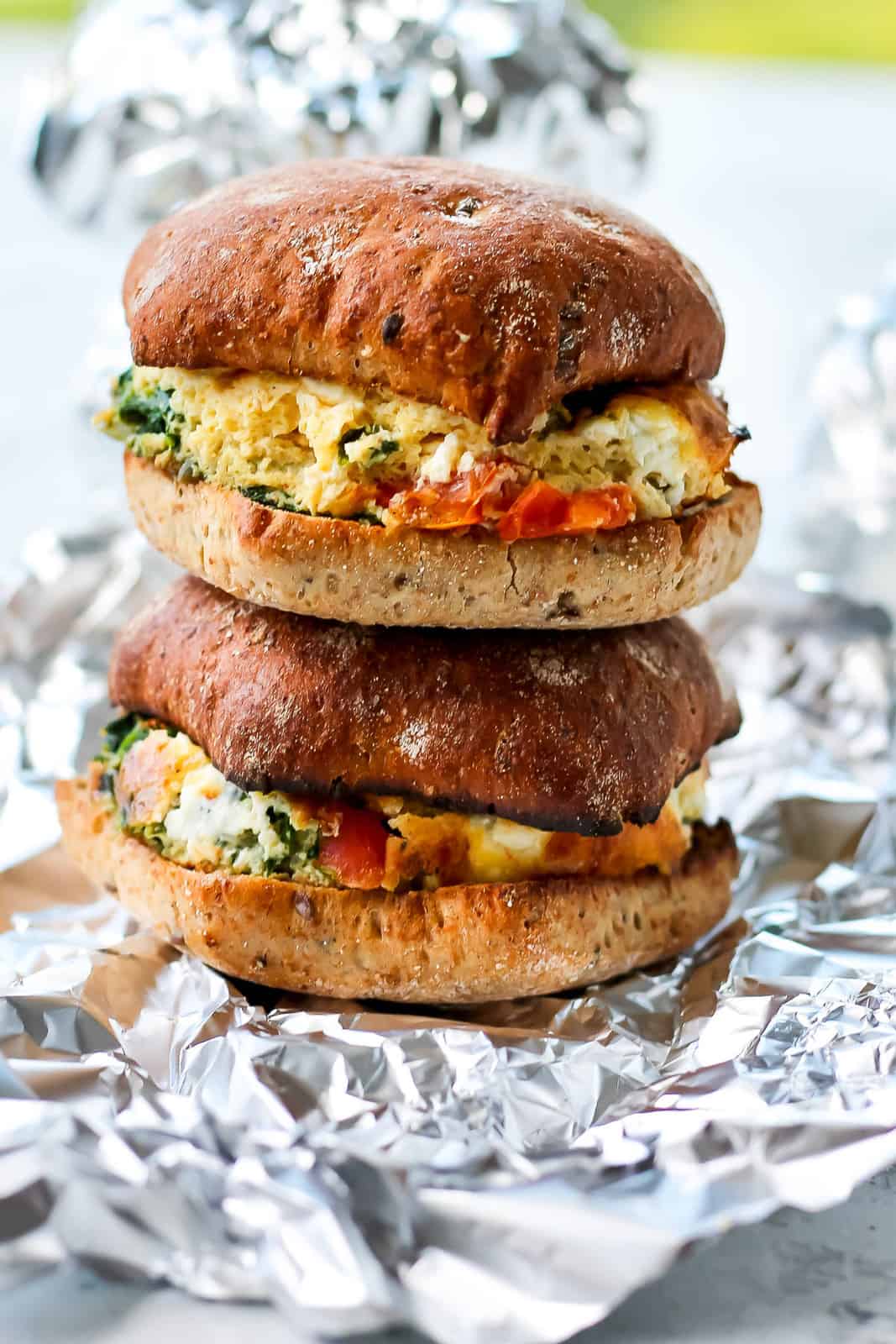 Next up, a reboot of an old favourite, Chickpea Mason Jar Salads. If you want to pack a week's worth of salads in your fridge for easy, healthy, lunches on the fly, this is my favourite way to do it. 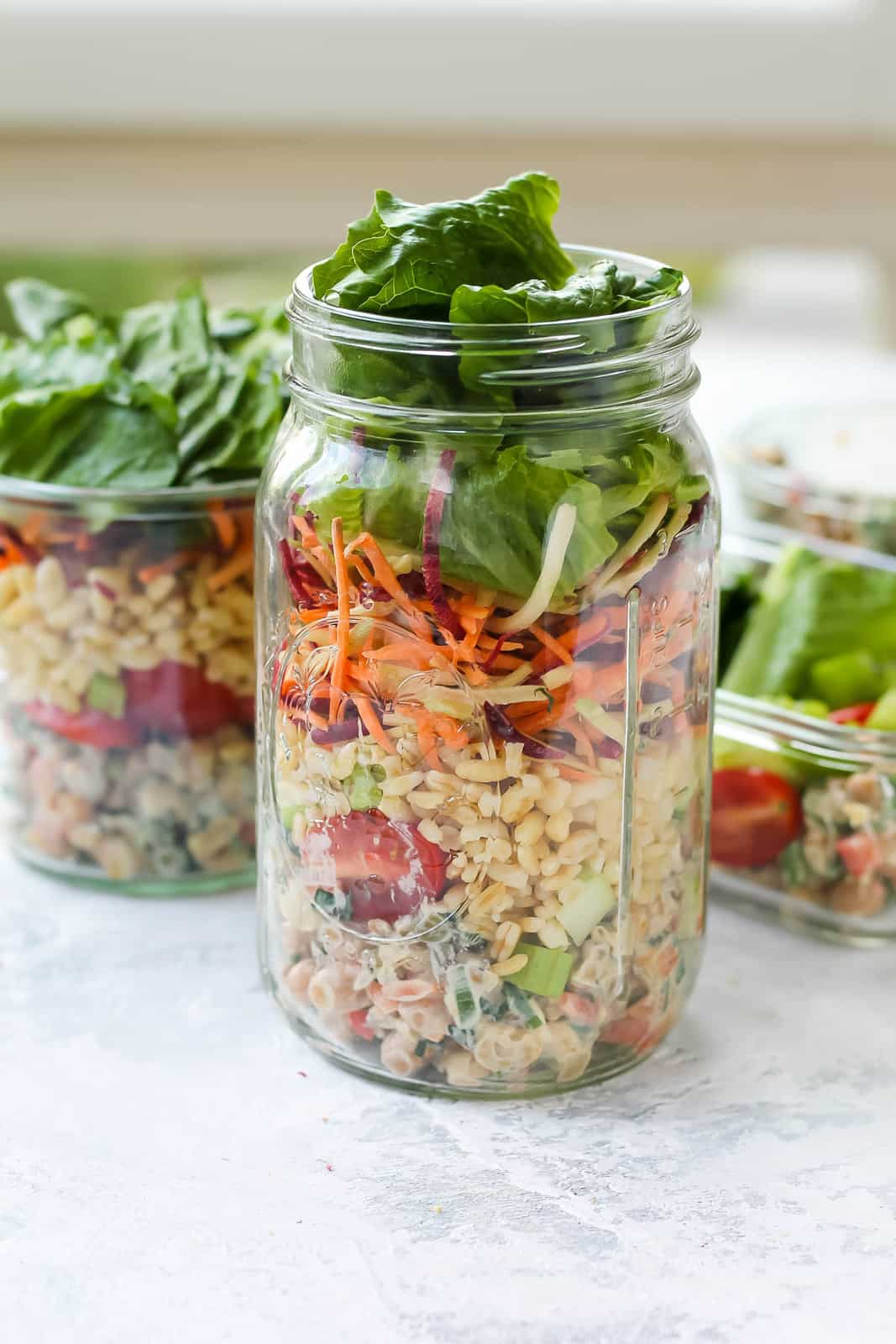 2. Turmeric Latte Mix. Cozy up to this in a sweater and tights.

4. How to make Homemade Pumpkin Purée. Welcome back to the top 5 🙌

I thought this recipe sounded delicious, and it was! In fact, delicious and nutritious, what more could you ask for? It will be on high rotation from now, thank you.

Thank YOU, Jules, for the sweet review. 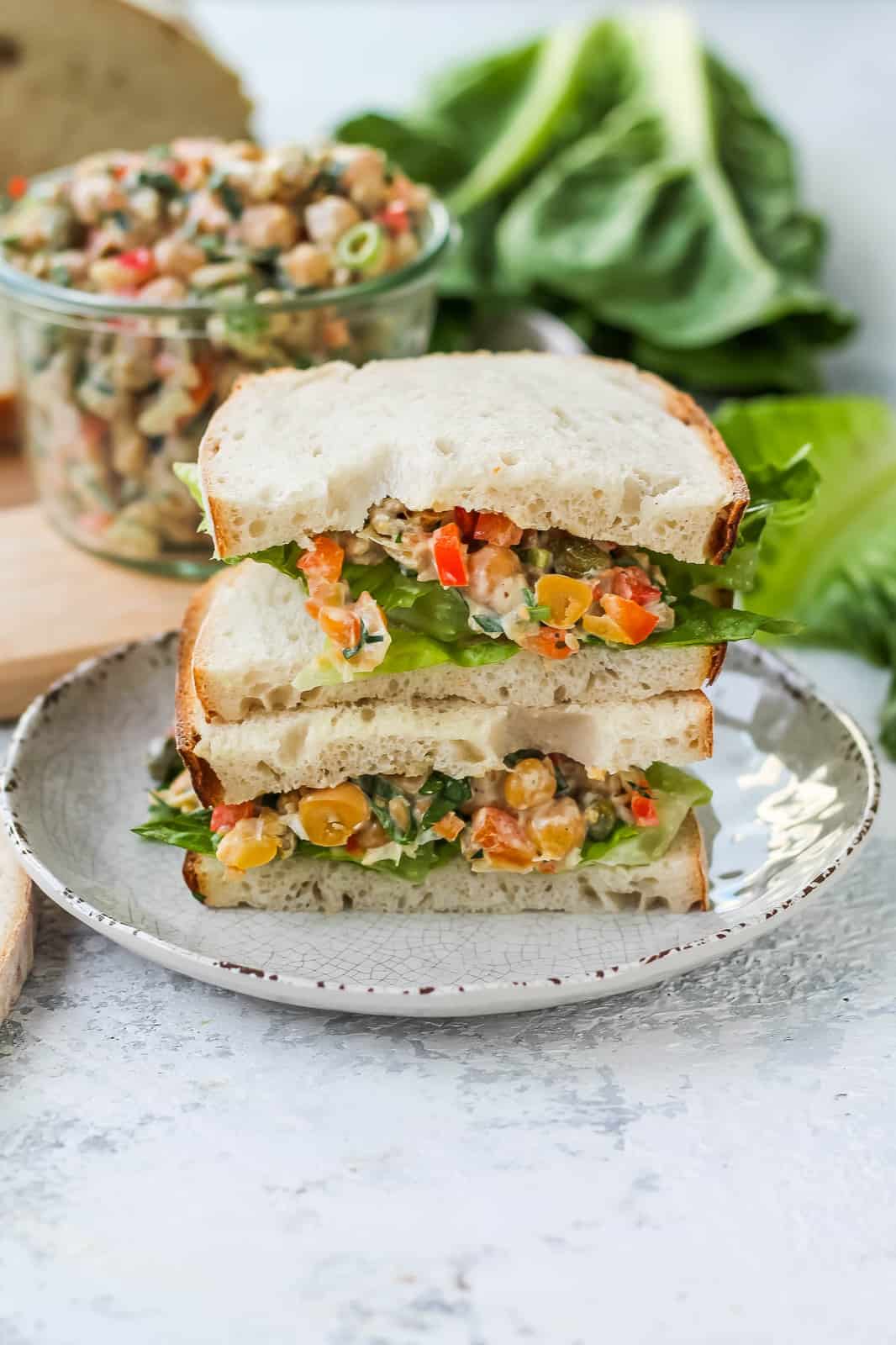 For those of you who have been following along with the weekly menus, last week's "Beans n' Buns" easy dinner night was a huge success. I melted some cheese on a baguette I had leftover from a photo shoot, opened a can of beans in tomato sauce, and served some veggies on the side.

Both kids asked for seconds and cleaned their plates! Will definitely be keeping that one up my sleeve for another busy week. Here's what's on the menu this week:

Monday: I'm solo, so am making a Kale Salad for dinner.

Tuesday: Sweet Potato Enchiladas. This is a recipe from my grocery order. We'll see how it goes.

1. Nectar robbery by short-tongued bees is throwing off pollination schedules.

2. How to infuse our food consumption with critical thinking.

3. Humans are exploiting and destroying nature on an unprecedented scale.

4. Seven ways the pandemic has changed how we shop for food.