My mom turns 70 tomorrow, and I am devastated to not be there to celebrate with her.

For the record, I missed my dad’s 70th birthday as well, but that was because the day of his birthday and the day I was due to have my first child were one and the same, and so travel was absolutely – but happily – out of the question. I was talking about this with my sister recently, and she reflected that she, too, missed our dad’s 70th because the big event was to happen in Barbados and she chose not to travel because it was peak Zika virus and they were trying to conceive.

My gosh. Remember when Zika virus was our biggest problem?! Take me back! 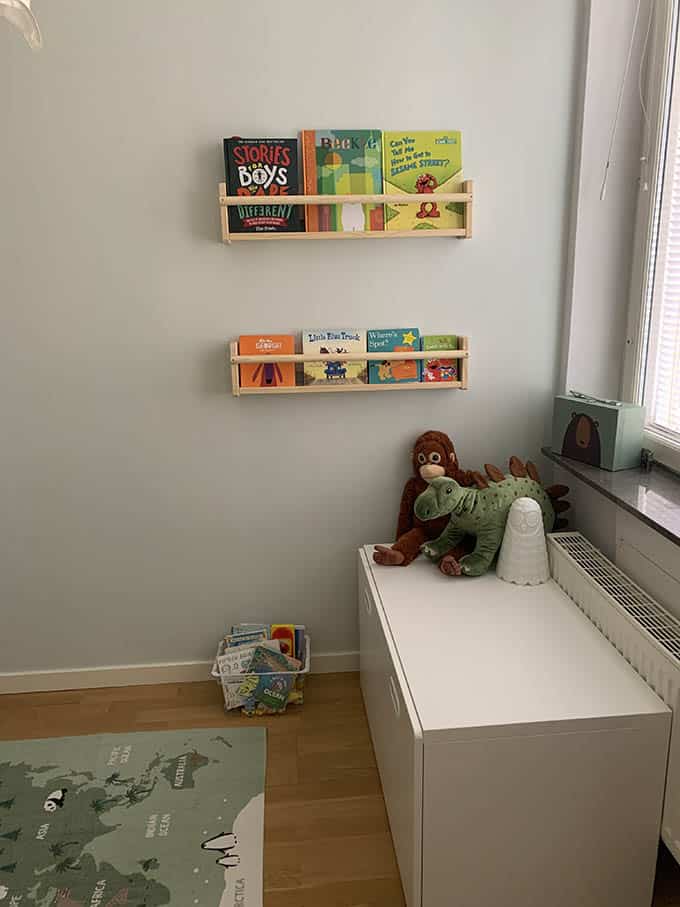 I’ve had many months to contend with the fact that I wouldn’t be able to be there for my mom’s 70th, and that the plans my siblings and I had started discussing already last summer would either not be happening, or would be happening with only half of us there. It is ok, and also not ok. My situation is not unique, and I’m fully aware that this year has brought with it challenges that far surpass not being able to be at a birthday party.

My mother, who is the most pragmatic person I know, seems unruffled by it all. We spoke on the phone and she said, “Hopefully we’ll all be able to get together again next year. Or maybe we’ll all be dead by then, in which case I guess we won’t care anyways!”

All my mom ever wants for her birthday – or really for any day – is one bath bead and no fighting. Every summer, during the fleeting week or two that all four of her babies are in the same place at the same time, she requests a family photo, which is probably the only request she makes of any of us, ever.

It isn’t a formal portrait by any means, but a snapshot in time with everyone corralled ever so briefly just as they are. Typically some of us are fully dressed, while others are in bathing suits, wrapped in towels, salty, sweaty, sticky, whatever. It doesn’t matter to her how you are, just that you are. 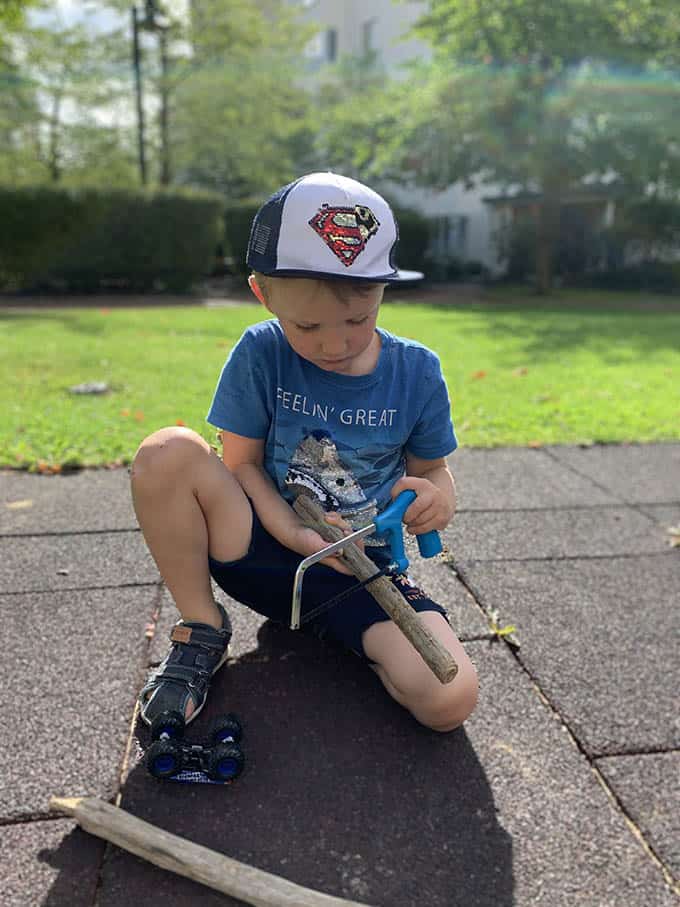 Got the big boy real tools and he is in heaven

My youngest sister was married, divorced, and then re-married in fairy rapid succession, so there are three years of family photos with three different partners standing beside her. Some of us made a bit of a ruckus about “in between guy” being in the photos (and he did turn out to be a bit of a douche in the end), but my mom said, “this is a moment in time and he is here.” And so in he went.

Last summer I think we had a 10-minute window in which everyone was at home, and all of the babies on different nap schedules were awake at the same time. I had returned from an overnight in the city and Paul was about to depart for one, so the timing was tight, people were cranky, and I did little to hide my annoyance at having to go to the beach, where I knew the sun would be in our squinty eyes, to accommodate another family’s wishes to swim before and after the photos.

As we moved towards the beach, my mother, who had donned her own bathing suit for a post-photo swim, flipped me the bird and an annoyed grin as she walked past, and I immediately regretted my juvenile stomping because really, one bath bead and no fighting and one family photo per year is not too much to ask. I swore to myself we’d do better next year, dreaming up all kinds of plans to make the 70th birthday photos the best photos of all time. 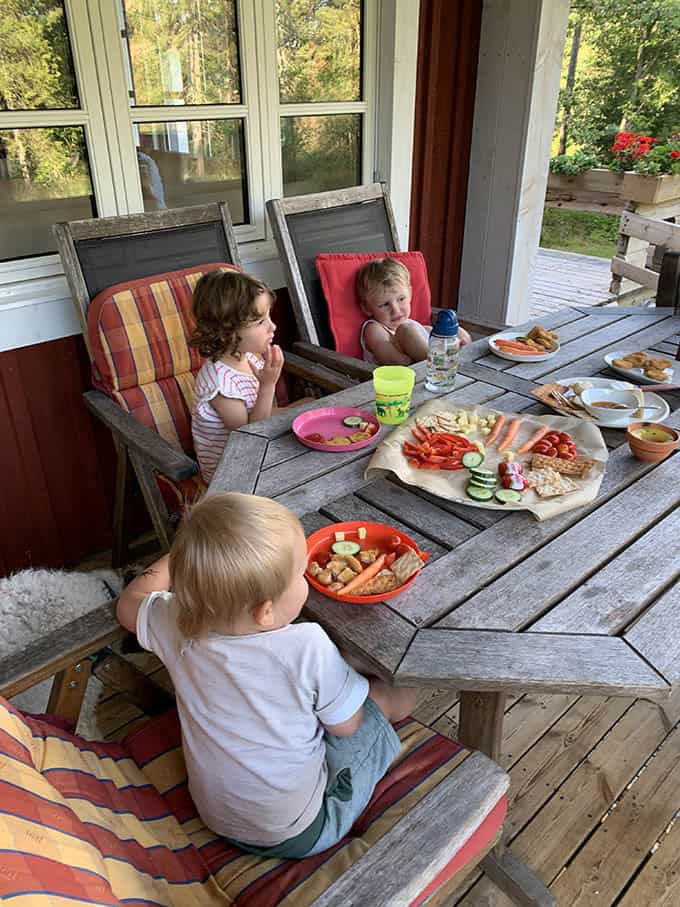 Snack dinner is the best dinner

I know that to my unflappable mother, this is a moment in time. She’ll take the photos with half her babies and half of her grand babies and she won’t complain.

To me, to the abroads as she calls us, it is an un-soothable wound. It’s like that scene at the end of Back to the Future where Michael J. Fox is getting erased from his family photos as history is being rewritten. Except also not like that.

There will be other summers (unless we’re all dead, in which case we won’t care anyways!) and other photos and other birthdays.

I hope you got your one bath bead and no fighting, mom. We miss you.

This week we kicked things off with one of my favourite quick and easy dinners, Warm Zucchini Noodles with Tomatoes and Halloumi. 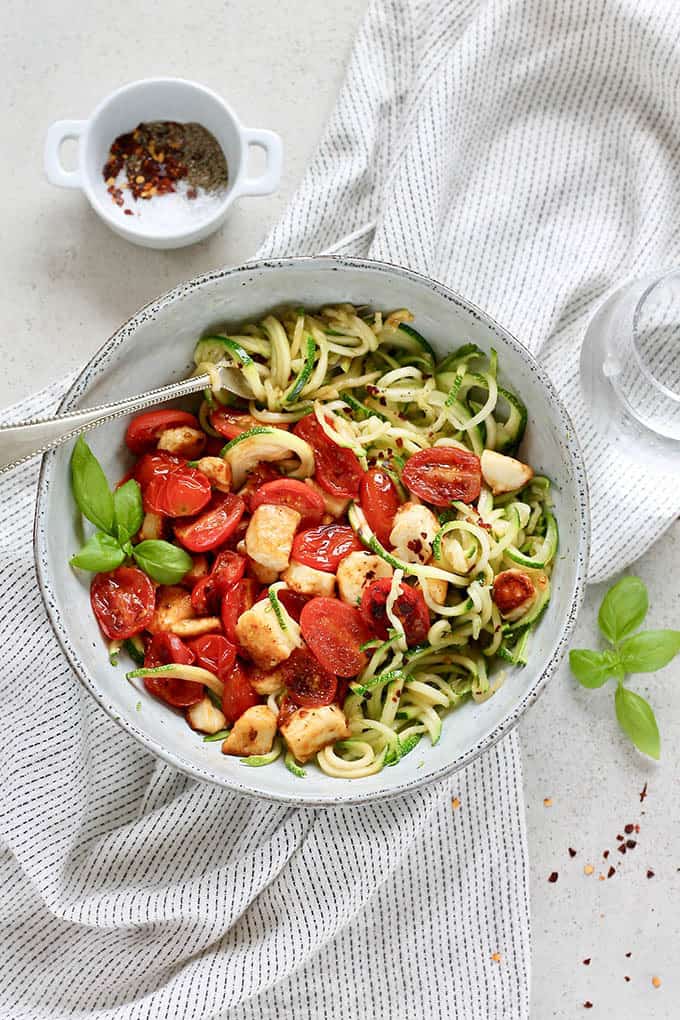 We also updated this delicious post with 8 Vegan Tempeh Recipes You Should Try. 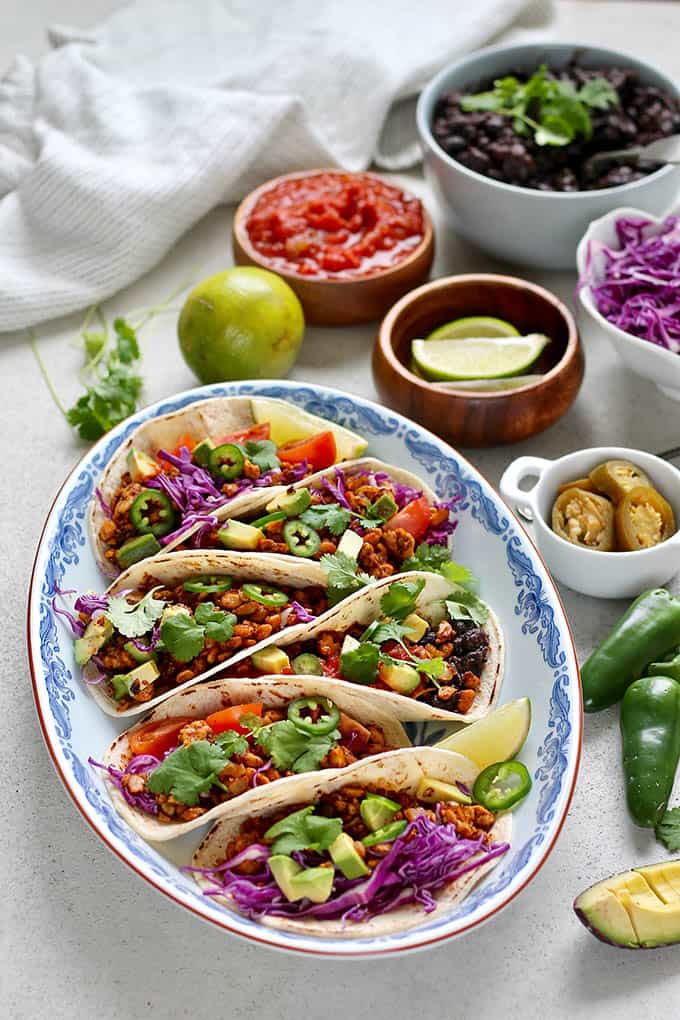 1. How to Cook Mung Beans. Boom! New guy in the top spot.

3. Turmeric Latte Mix. I took a look and this guy has been in the Top 5 for well over a year now!

This recipe ticks all the boxes!
Delicious! (Seriously, I want halloumi on everything now)!
Nutritious!
Sooo satisfying!
No oven for hot summer nights – bonus!

Yass! I hear you, Maclean. This one’s a keeper for sure. 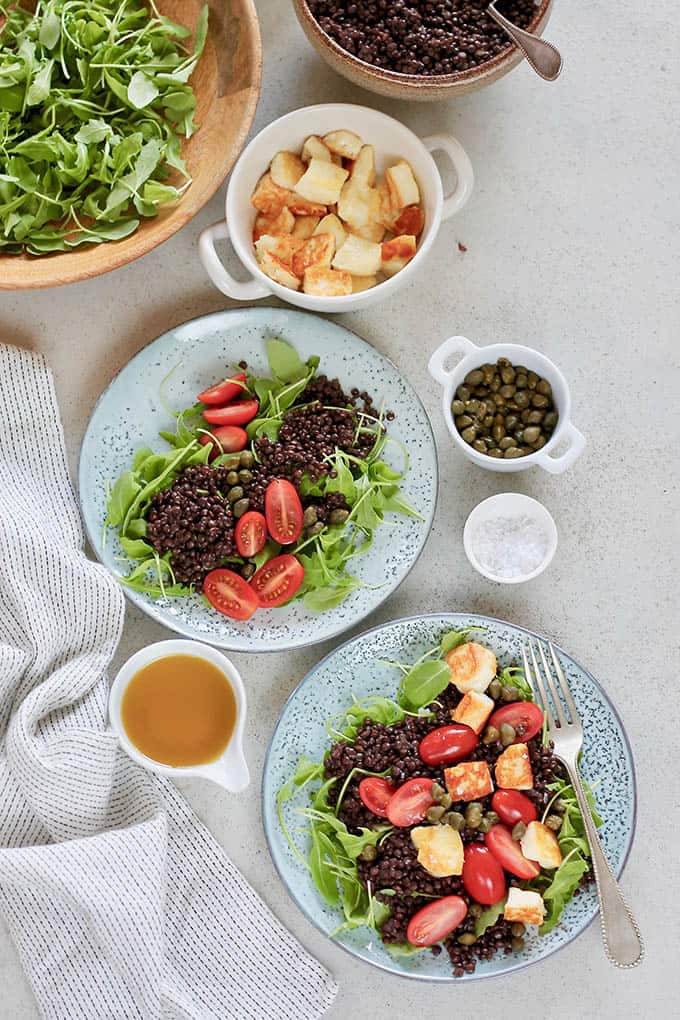 1. Six myths about intuitive eating – and what it can actually do for you.

2. Healthy cooking can come with many unfair barriers for people with disabilities.

4. Should all American kids get a free school lunch?

5. Gut instinct: How your diet shapes your mind.