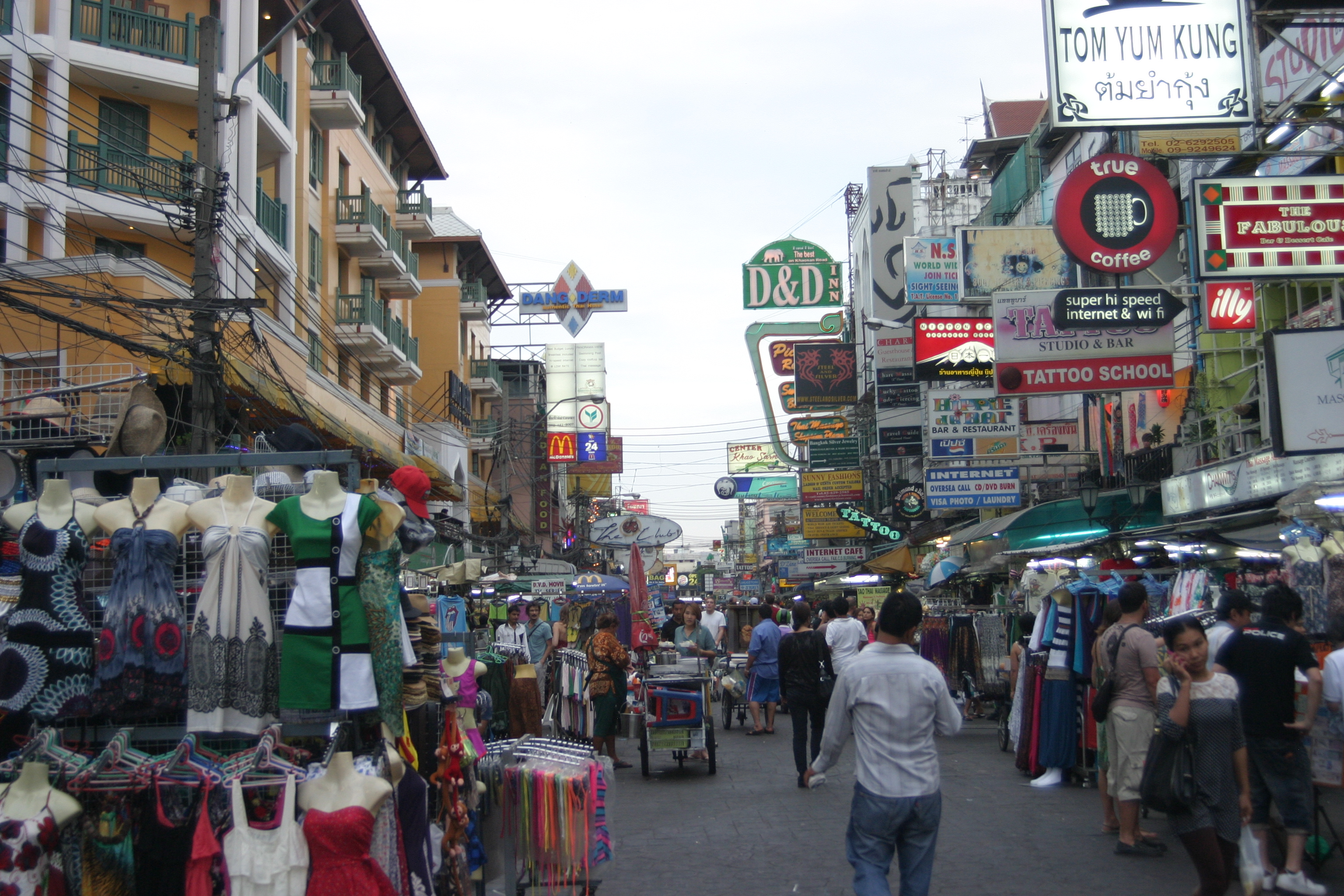 Bangkok was the last stop on our Thai adventure, and the shortest. We arrived there really, really tired after a late night, an early morning, and a ridiculous day of travel. Paul is an extremely organized traveler and had printed us both out a packet with confirmations of every flight and hotel reservation for the entirety of our trip. Upon landing in Bangkok I flipped through my packet and realized that the confirmation sent to us by the hotel didn’t include any contact info, so we had a hotel name, but no phone number or street address. We started asking around about how to get there, and after rejecting one private taxi company that was clearly trying to scam us, ended up in a taxi with a driver who said he knew the hotel. What we didn’t know at the time was that there were two hotels in the same area of town with very similar names. The taxi driver dropped us off a little ways away from a hotel with a sign that looked to be what we were going for – the Lampu House. As we got closer to the hotel we started to have a bit of a sinking feeling; this was the Lampu Tree House. Oh dear. The reception at the wrong hotel was really lovely – I guess this happens quite a bit – and provided us with a map upon which they clearly labeled the correct hotel and wrote the address down in Thai. We walked for about 10 minutes, and then, hot, disoriented, and tired, negotiated a fare for a short ride in a tuk tuk. We were very clear with the driver; we want the Lampu House NOT the Lampu Tree House. Yes, yes, no Lampu Tree House, laugh laugh, chuckle chuckle. A minute later Paul looked at me and said, I think he’s taking us back to the Lampu Tree House. Indeed, he pulled up in the very spot we had been let out of our taxi about a half an hour previously. No, we told him, wrong hotel. We want the Lampu House. This is the Lampu Tree House. Confused, he drove off and after barely glancing at our map, consulted with some other tuk tuk drivers parked on the side of the road. This time he took a different route and approached the Lampu Tree House, from the other side of the canal. He stopped and pointed at it. No! Wrong hotel. Finally he took the map and looked at it, clearly frustrated, and then took off again. He dropped us off somewhere, we had no idea where really, and we started asking around again. To credit the driver he was one of the few tuk tuk drivers in Bangkok who didn’t seem to be trying to scam us, and he did indeed get us quite close to the Lampu House on the third go around. Another lesson learned – check that the confirmation has contact info on it BEFORE you arrive. Noted.

We settled into our hotel, (which, by the way, was a great budget option and in a perfect location for starting or finishing a trip) and contemplated what to do next. There is no doubt there are a lot of things one could do in Bangkok. We, however, did not do many of them. We were tired. Our tummies were, once again, upset. We were facing a very long trip back to Sweden (including a 13 hour layover in Beijing) and we frankly just wanted to mellow out. 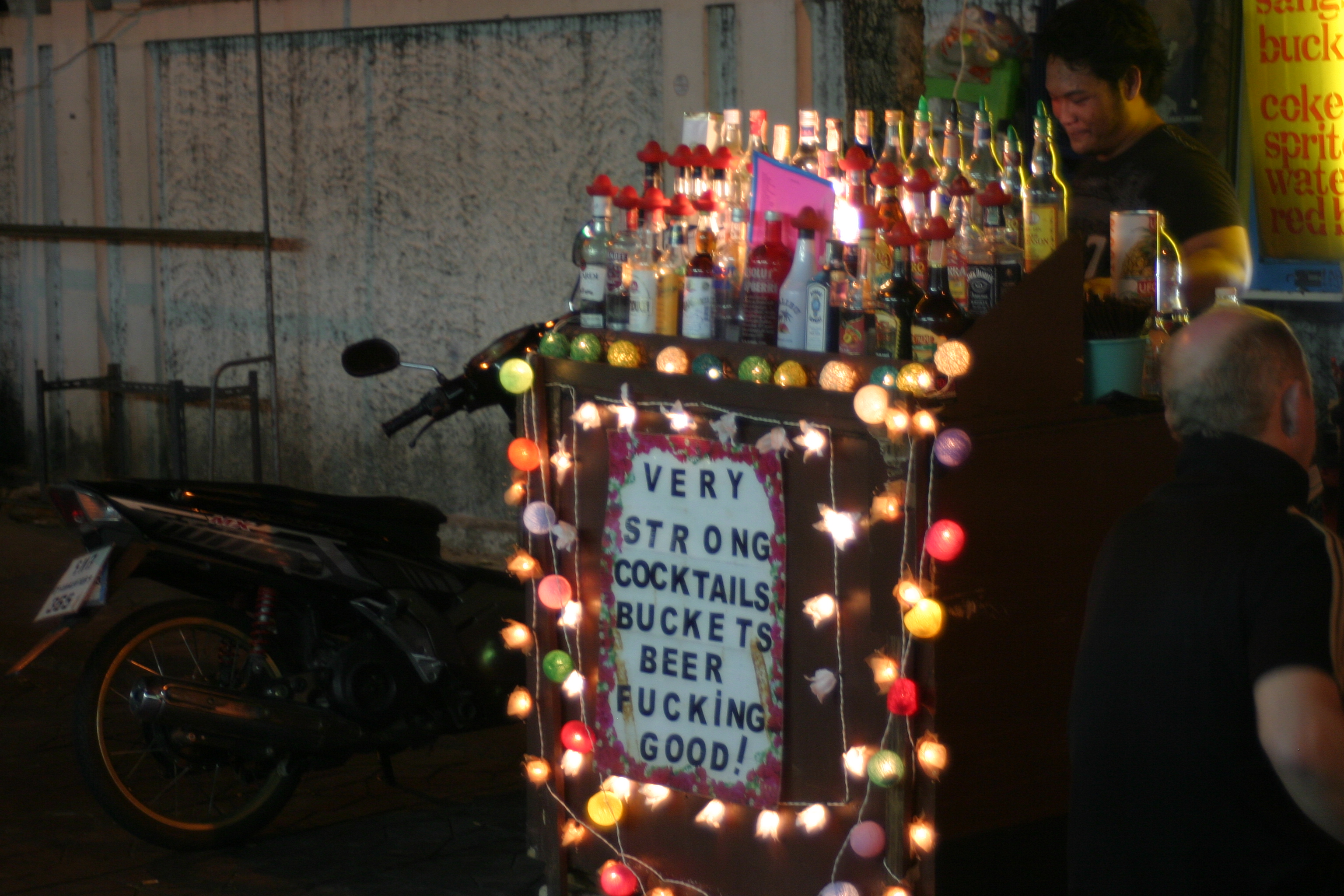 So, we wandered. We haggled for scarves. We looked at really interesting street food, but, with 15 hours of air travel  coming up, we decided not to risk it. We sat and had drinks and watched Bangkok buzz around us. We had two really good meals at the same restaurant, savoring the last supper of genuine Thai food. 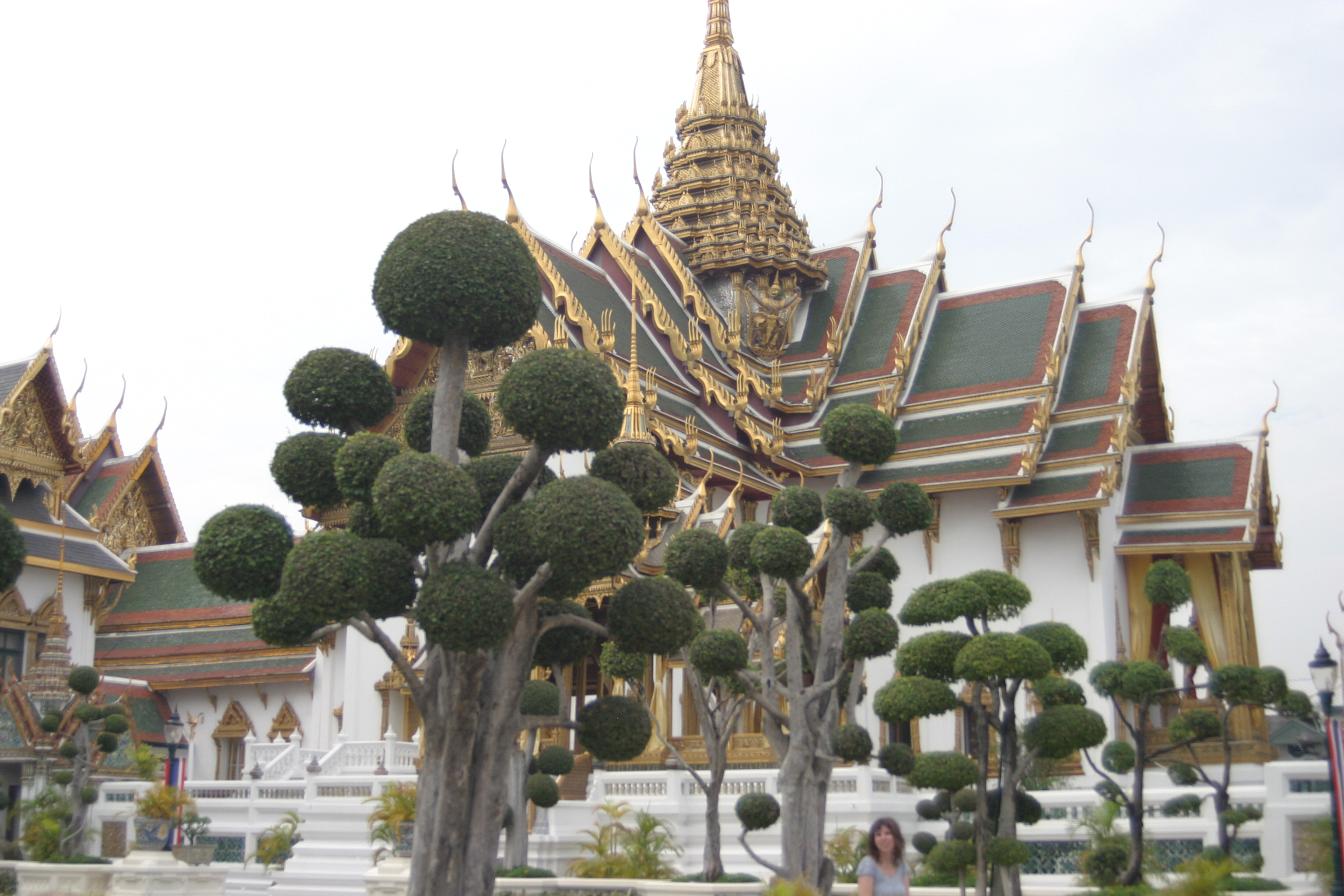 We did the worlds fastest tour around the grand palace, fighting crowds, hot and sweaty in our rented clothes (our shorts and short sleeves were not allowed in the grand palace compound) snapped the requisite photos and then got the heck out of there. Then, we bought a day pass for the river ferries with the idea of hopping on and off and exploring various parts of town. We explored *one* additional part of town, not the one we were looking for, but an interesting wander nonetheless. 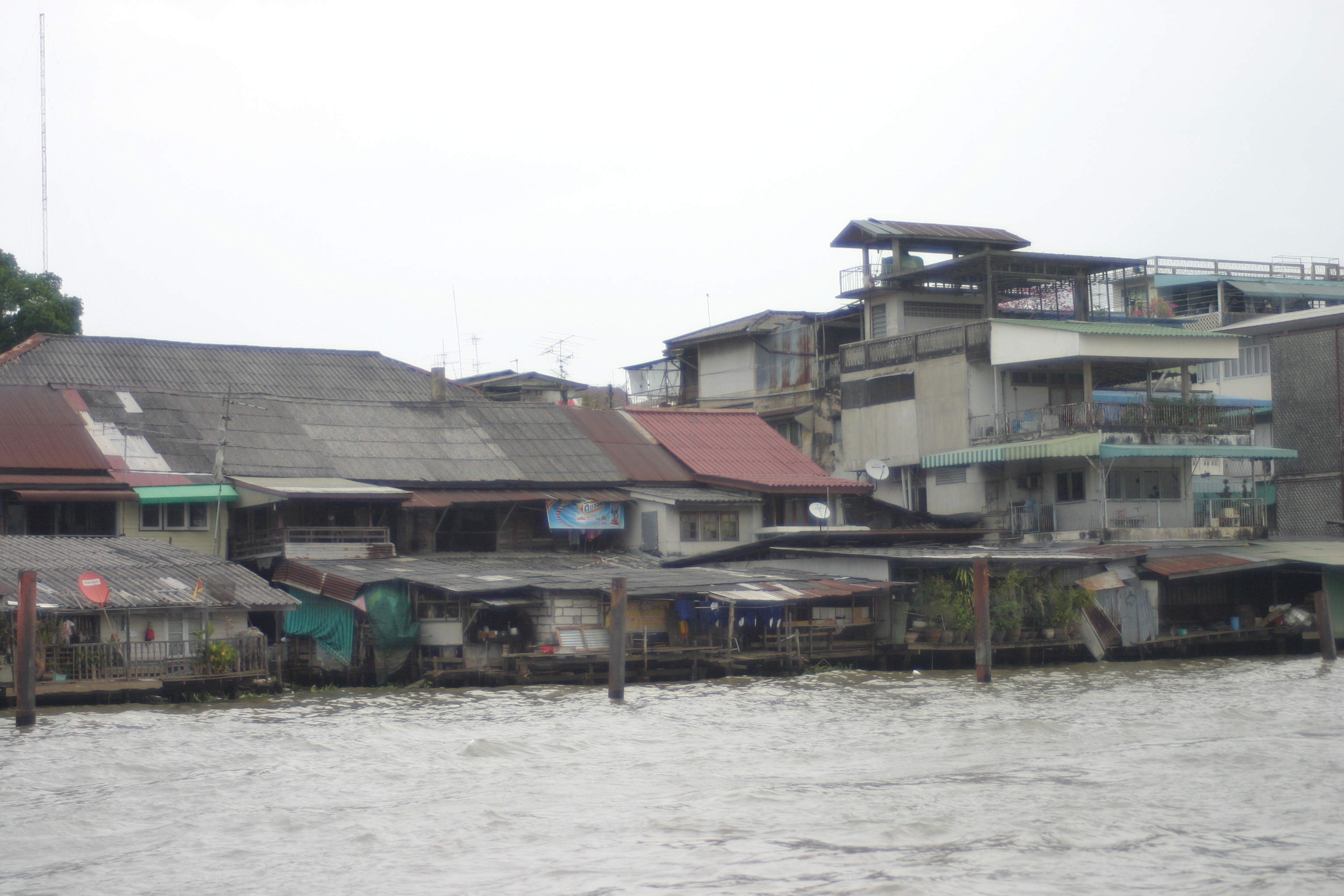 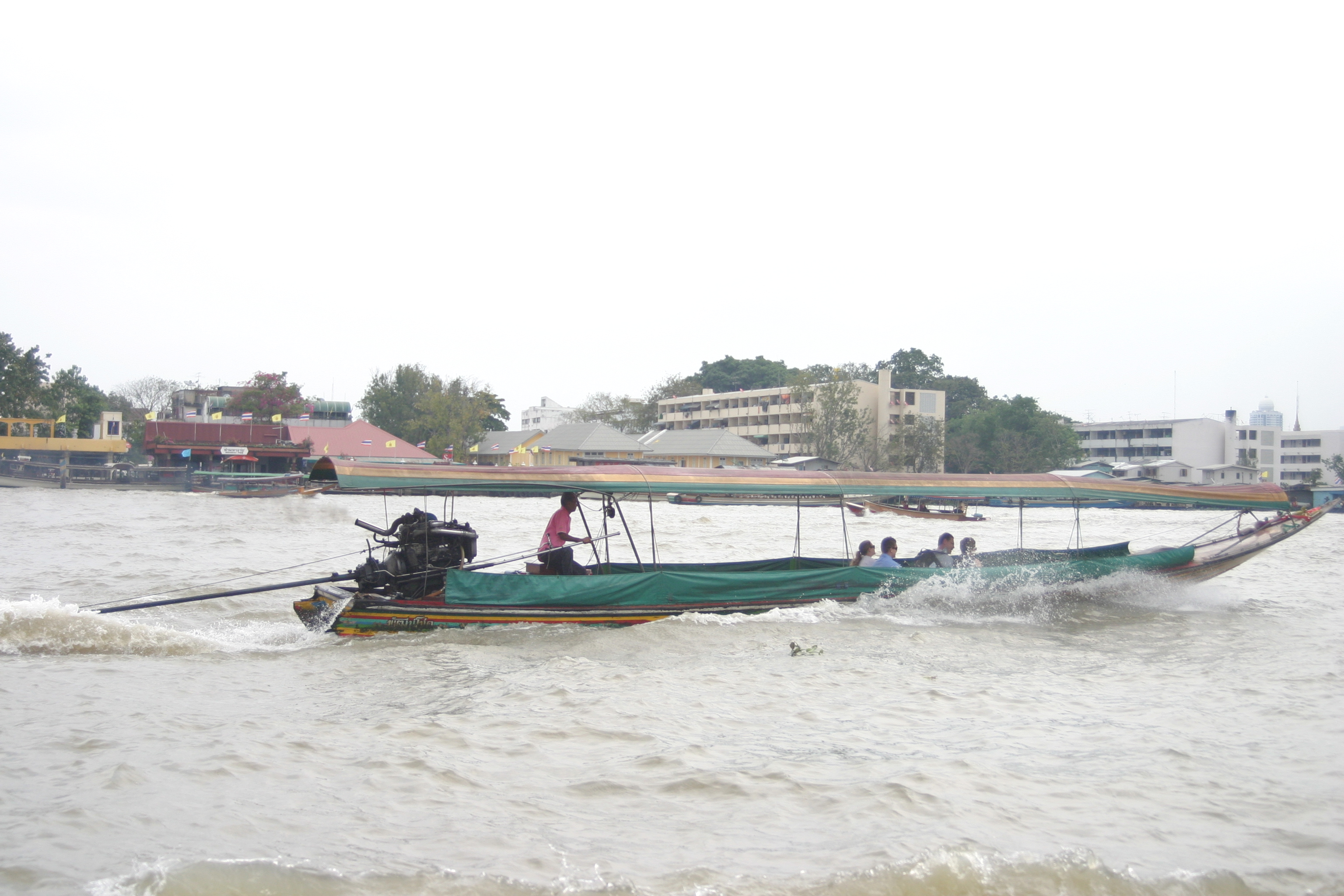 In some places remnants of the flooding (which I believe never actually reached Bangkok) were in evidence. 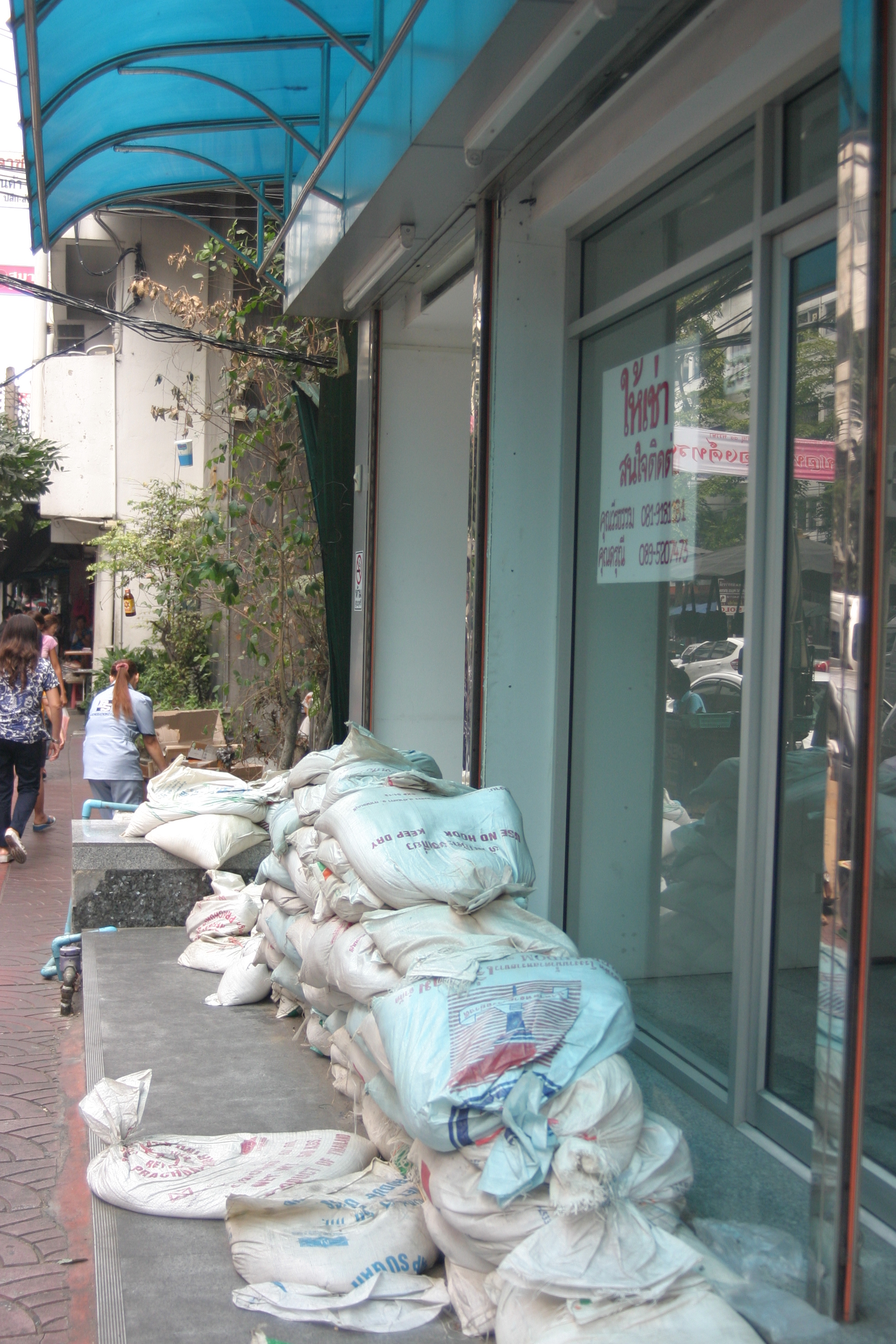 What struck me about Bangkok was the juxtaposition of rich and poor. Shanty towns around the corner from sparkling high rises. Luxury hotels across the river from apartments with the roof falling through.

There is no doubt that Bangkok is a vibrant city with lots to see and do. I regret a little that we gave it only one day, and am also glad we gave it only one day, if that makes any sense. I think we learned a lot on our trip to Thailand, particularly about the kind of travelers we want to be, and I hope to return one day a little wiser and do things a little differently. But it was well and truly a fabulous trip. On to the next adventure!