Home » Just Between Us

Just between us is when we get together once a month or so and say the things that you think but don’t really say. Or you do say, but only to certain people. I’ll go first, then you share in the comments and everyone will feel a whole lot better.

Swedish people don't really get Halloween. It hasn't really been a thing here before, but it's picking up in popularity. One time an American friend had a Halloween party and I rode the subway across town wearing the most epic costume, and was the only person wearing a costume the entire way there and back.

Now it's growing in popularity enough that some communities organize trick or treating, but they still don't really get it. Every year my colleagues are on Facebook trying to determine which night trick or treating should happen. As someone who grew up with real Halloweens, I'm like, THERE IS ONLY ONE OPTION! IT'S THE 31st!!!

But here they'll just choose the most convenient day, and go with community consensus. So, for example, if Halloween is on a Thursday the building will put up a sign and say that trick or treating is going to happen on Saturday. Drives. Me. Nuts.

I'm so happy that Halloween is on a Saturday this year so I don't have to put up with it.

The most epic Halloween costume I ever made was Maleficent from Sleeping Beauty. I watched a bunch of YouTube tutorials and made the horns and figure out how to attach them to my head and pieced everything else together. (Imagine me riding the subway in those horns, being the ONLY person in a costume the entire time.) 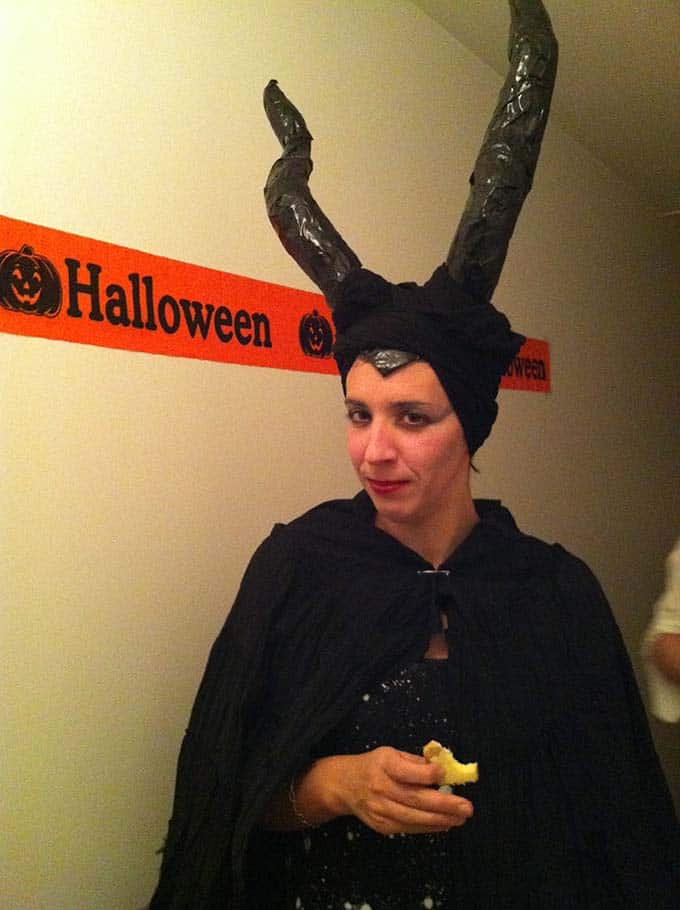 On the way home I was *very* tipsy and was tired of having these massive horns on my head, so just pulled them off, tossed them in the bushes, and said, "I'll just make another set next time!"

You know what really annoys me? Electric bikes.

Yes, I know that they help people be more environmentally-friendly commuters and I know they help with mobility and accessibility and getting people active and blah blah blah.

Nevertheless, as a long-time year-round bike commuter it annoys the pants off of me when I'm pedalling my butt off and some ding dong on an electric bike goes whizzing past me on the bike path. YOU'RE NOT EVEN EXERTING YOURSELF!

Also I find that generally the people riding electric bikes are not serious cyclists, so their bike lane etiquette is awful. No signalling, no shoulder-checking, texting while biking, etc. And they're going so fast!

You know what else annoys me? When people say that 2020 is cancelled.

Listen, 2020 is a dumpster fire of a year in so many ways, but it is very much here and now. We are living in it, and we are getting through it. 2020 isn't cancelled, it's just teaching us some real tough lessons.

(Just kidding - I work from my office most days now and am indeed wearing real pants. Feels great!)

2020 is many things, but cancelled is not one of them.

Since we're talking about things that annoy me, let's wrap things up with this one: people who don't let their kids eat Halloween candy.

It is Halloween. It's one day a year. It is a magical time for kids and adults alike.

Getting your knickers in a twitch about Halloween candy isn't healthy for anyone. And taking it away or negotiating to exchange candy for screen time or whatever (don't even get me started on that) isn't teaching anyone good life lessons about food, nutrition, or body positivity.

I take a deep dive into this in this post, In Defence of Candy.