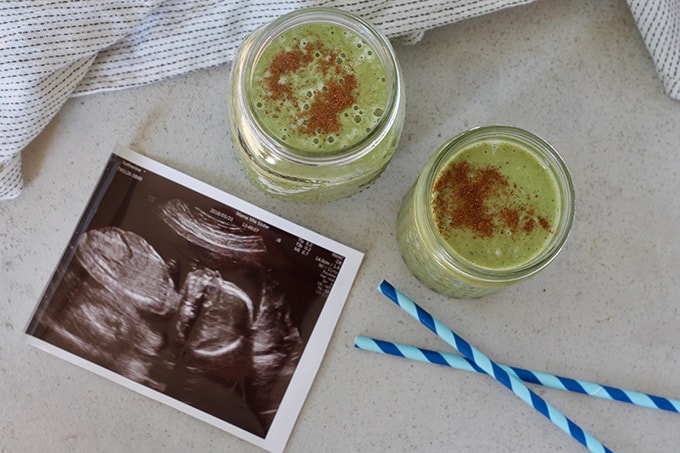 One day, at the beginning of February, I was sitting in an armchair in my living room, with my eyes closed, thinking about how awful my apartment smelled. It was cold outside and all of our windows were closed, and I was finding the apartment smell stifling and overwhelmingly gross. From where I was sitting, I kept getting wafts of my husband’s beer, which smelled repulsive all the way from the other room.

Then, it suddenly dawned on me what the circumstances were the last time I found those particular smells to be so off-putting. My eyes flew open and I bolted out of the chair, told my husband I’d be right back, and ran down the street to pick up a pregnancy test. Half an hour and a quick wee later, there it was: that little blue line.

So we’ve got another baby on the way, and this one is scheduled to arrive in the middle of October!

In a crazy turn of events, my sister and sister-in-law are both also expecting, and are due the same week as I am. My mother is basically losing her mind, with three new grandchildren in three different countries scheduled to arrive at basically the same time. Summers at our family homestead are going to be a whole new kind of chaos! 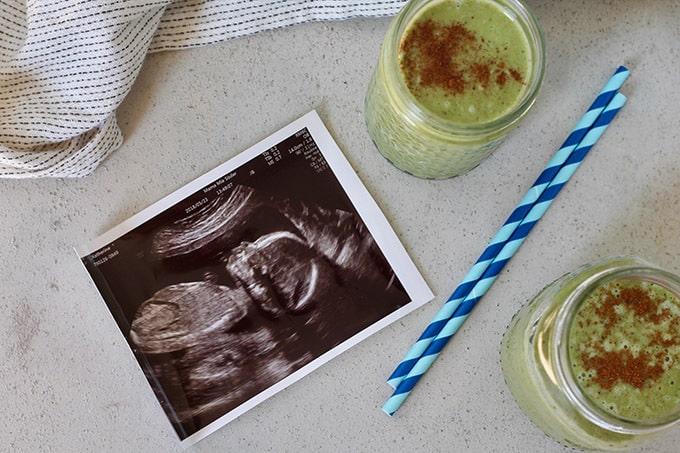 In many ways I’ve been finding this pregnancy to be a lot tougher than the last. I’m a few years older, to start with, and am chasing after a highly active two-year-old who gives precisely zero f*cks that mom doesn’t feel well. I’m also self-employed now, and if I don’t work I don’t get paid. So while last time I basically slept through the first trimester, this time I had to tough it out.

I thought it was all going pretty well in the beginning, with mild nausea when I allowed myself to get too hungry and cravings for delightfully quirky foods like kimchi grilled cheese sandwiches. “Oh!” I thought to myself with tinkling laughter in my head, “I guess this will be the pregnancy where I feel great but eat lots of funny foods!”

Buuuut then I rounded the corner on the 7th week and the hormones kicked into high gear and woah, I had forgotten how much the first trimester sucks. Between being bone-crushingly tired and constantly hungry but far too nauseous to eat, it’s a time I’m glad to have behind me.

I don’t think the food aversions were as severe as last time, although I’m not sure I’ll ever recover my relationship with kimchi (I’ve tried, and sadly, no, not yet), rather this time was a general repulsion to basically everything. Which was grrrreat. I did fairly well with food I didn’t make myself, so I, lunch packing queen of the universe, ended up buying my lunch for weeks on end, because it was the only way I could get myself to eat.

Similarly, I could eat a pretty good dinner if Paul made it, but anything I made myself was fine on the first go around, and then beyond disgusting there ever after. Blah. Unless we are talking about bagels, which will always be my forever food.

Although we covered pregnancy nutrition when I did my undergrad in nutrition, we didn’t touch it at all in my master’s degree, so it’s been quite some time since I’ve dug into the research. When I was pregnant with Niko, I was far too superstitious to do any reading, since that pregnancy was on the heels of a miscarriage. This time, however, I’m digging into the latest research and I’m excited to start sharing some of what I’m learning with you – particularly about how to optimize a vegetarian diet for pregnancy. You can expect those posts to start appearing in the coming weeks.

I also didn’t talk about my pregnancy a whole lot last time, nor did I ever write out my birth story – it somehow felt out of place here. Yet, I’m ravenous for pregnancy posts and birth stories in other places, so I’m wondering whether this time I should share more… how would you feel about that?

Lastly, there is the million dollar question, which is some version or other of, “do you know what kind of genitals your baby has?!”

I have complicated feelings around having this information in the first place, but as it turned out it was kind of unavoidable. When I was pregnant with Niko they picked up a slight abnormality with his kidneys at the 20 week anatomy scan, which we now know is much more common in boys. At this scan, once again, the kidneys were noted as needing further monitoring, so that, along with the midwifery student saying, “Oh! I can see it!” when we got to *that* part of the scan is a pretty clear indication we’ve got another teeny peeny on our hands.

Knowing this makes me happy and sad at the same time. Thinking about two boys* running wild together makes me happy, yet simultaneously I’m mourning the loss of the girl I’ll never have. I had a girl’s name picked out, and really felt that my household could do with the balance, but alas, the universe has other plans. I truly do believe that my feminism is probably best served by raising good men, so this is ultimately a good thing. I just need a bit of time to say goodbye to my dreams of a girl; I’m just too damn old to do this again.

*Let’s note that not everyone who is born with a penis is a boy; I’m using binary terms for simplicity’s sake.

Mostly I’m just happy to welcome another sweet child into this chaotic, messy, frightening, wonderful world, and thankful for the privilege and opportunity to do so again. Not everyone is so lucky, and it’s not something I take for granted. I’ve had my own experience with pregnancy loss, and I know several people who yearn for a child or for a second child for whom it is simply not a possibility. I’m sending all the love and light to all of you.