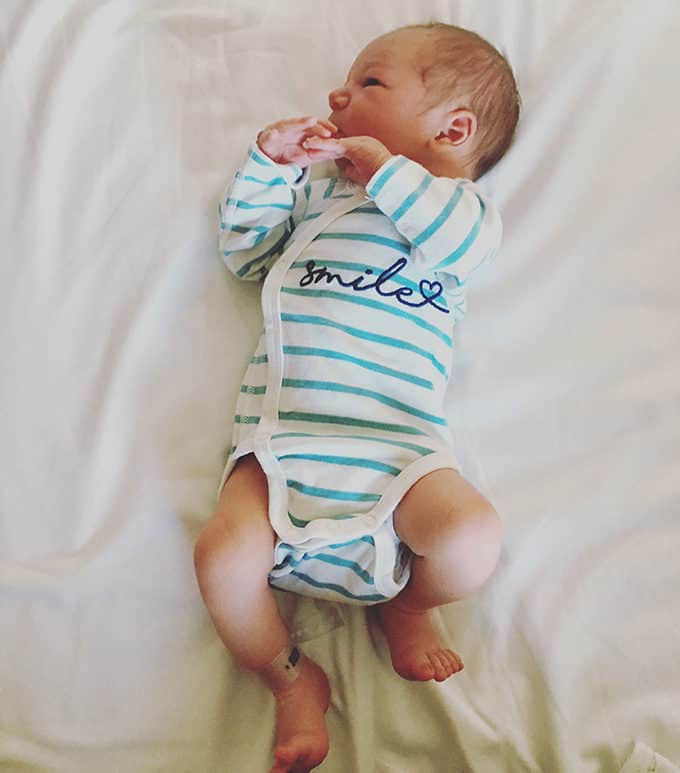 This little guy came storming into the world on Thursday October 18th at 12:40am.

And I do mean storming; a little over two hours of intense, active labour and a whopping four minutes of pushing, and suddenly we're a family of four.

Right now we're spending some time getting to know each other and adjusting to a new normal, which is generally going quite well. Niko is highly skeptical, as is his nature, and has declared, "He's not cute. I don't like him." Which, you know, is kind of fair.

I'm going to be re-posting some seasonal favourites over the next week or so while we get settled, and then I'll be back with a birth story, a name (there has been some drama in that department), and some new tasty recipes.

In the mean time I'll be inhaling that sweet baby smell, trying to catch up on sleep, and powering through my stash of freezer meals.

« Mung Bean and Coconut Curry
Egg In A Squash Hole »