Well, the inevitable happened. Time passed, and, having exhausted the distance courses available to me, and failing to convince the university that I should be able to take more, it was time for me to leave Stockholm and head back to oh so rainy Vancouver. Before I left, Paul and I took the camera around Stockholm one Saturday afternoon, and I thought I’d share some of my favourite pictures with you. The above is Gamla  Stan, the old town where the Royal Palace is. 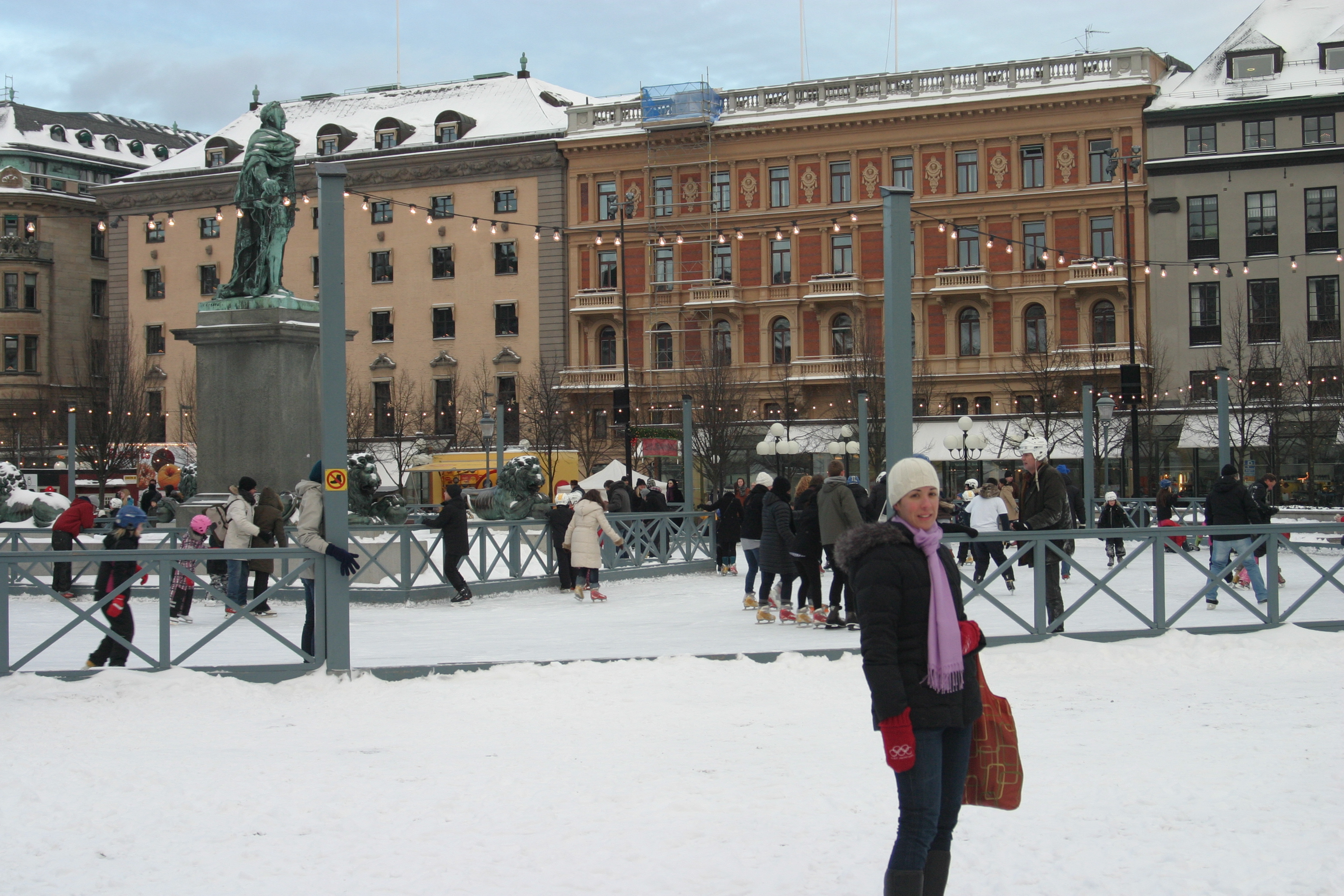 That’s me in front of an outdoor skating rink in Östermalm. It was so cold this day we were having trouble keeping our mitts off long enough to focus the camera. 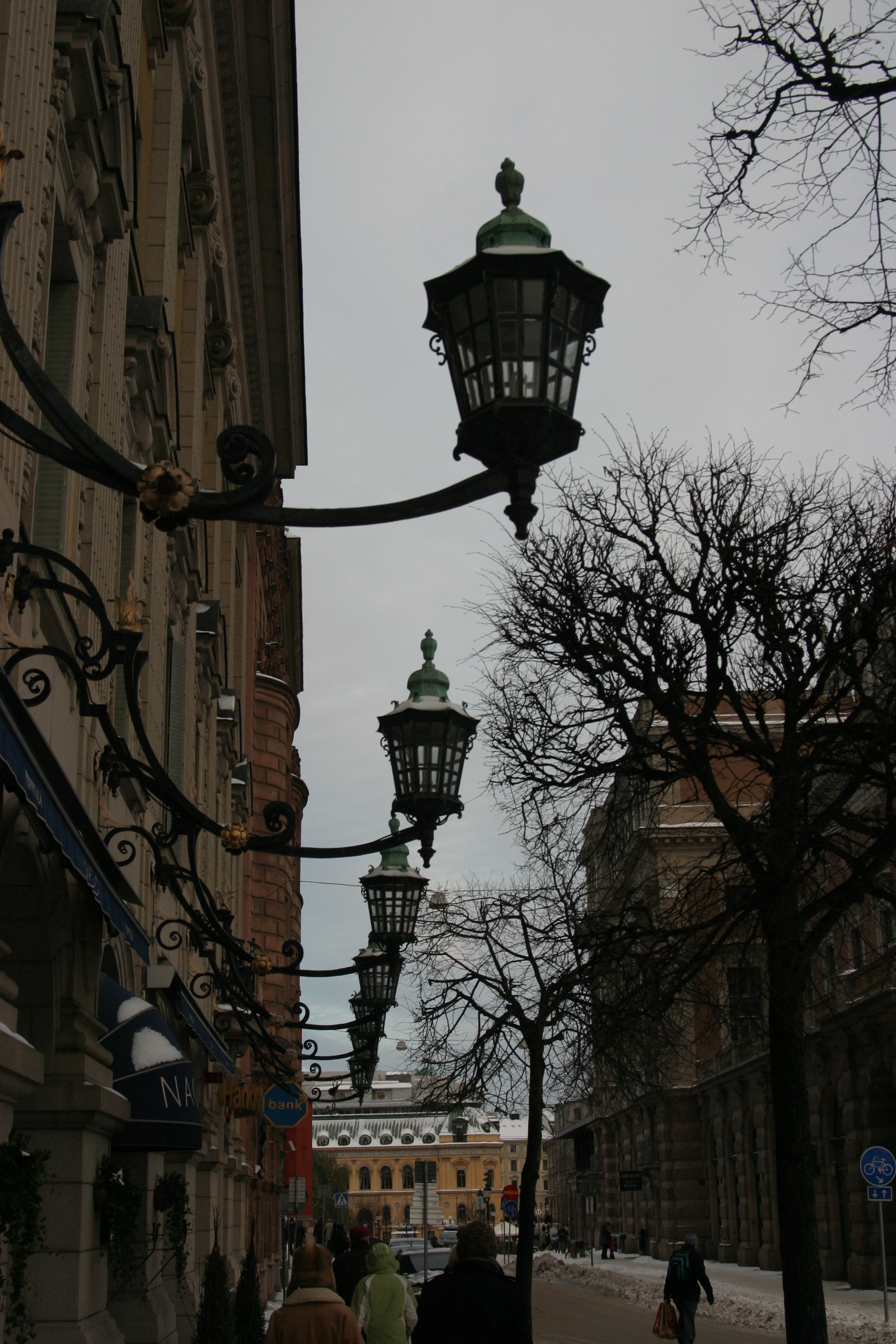 I just thought this was a cool shot. See how dim it is? All of these pictures were taken between 2 and 3pm!

Paul ordering (in Swedish) some awesome cheese to enjoy with a great bottle of wine. There is such an amazing selection of cheese and wine available, for a fraction of the price we’d pay in Canada.

I loved the jars of jams and marmalades with the Swedish names on the labels.

This is our street, just around 3pm, on November 27th. The day I left the sun set at 2:48pm. Stockholm is north!

I’ll be back in Vancouver for 4 months going to school, and Paul will remain in Stockholm working. It was heart wrenching leaving Stockholm, I love the city so much. I love our neighbourhood, and our beautiful apartment with it’s awesome kitchen. Leaving all of my beloved kitchen gear behind is hard, I will miss my All Clad and Le Creuset pieces, and my lovely knives. Leaving my cookbooks was hard too, and after much deliberation I decided to leave them all behind (which was a good thing, because I had only 1.5kg to spare in my extremely overweight bags until they plain old wouldn’t let me take them on the plane, never mind the overweight fees) and spend some time exploring my mother’s cookbook collection. I did, however, order for my mother’s house copies of this book and this book, which I felt I simply couldn’t live without. I would have ordered copies of all of them, but that was excessive and I had to stop somewhere, so that’s where it was. I already deeply miss this book, which if you love Indian food you must get, and I feel that a copy may be necessary for this house very soon too. 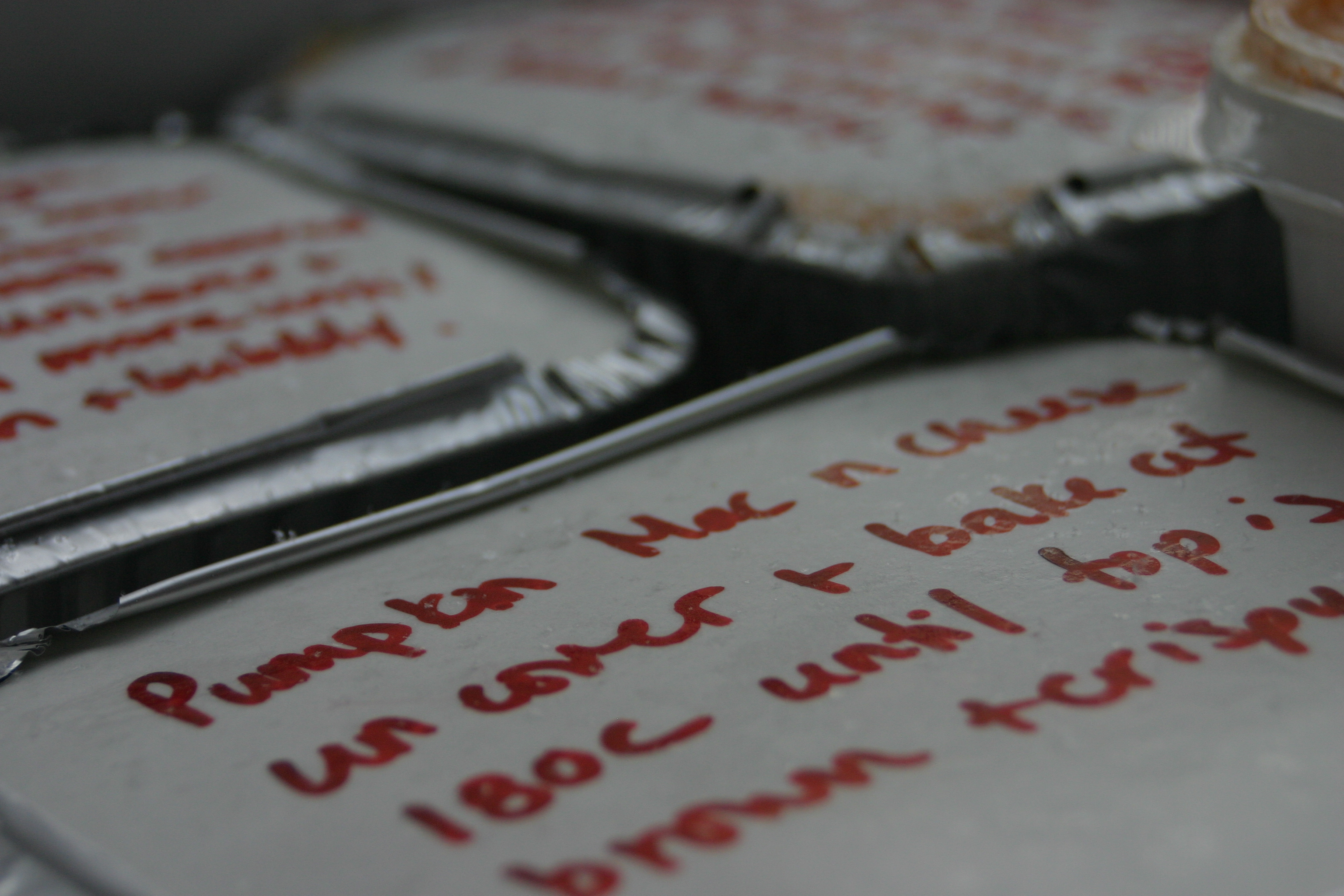 Of course worse than leaving all of my fancy kitchen stuff and my nice apartment and my cookbooks is leaving my sweet fella for four months. Before I left I decided to fill the freezer for him, which isn’t to imply in any way that Paul isn’t capable of feeding himself. He is, very much. But I wanted to do something for him, and something that would remind him of me on an ongoing basis, and also feed him on those very busy days. When I left, there wasn’t a spare inch of the freezer – which doesn’t say a lot, it is Europe after all, and the fridge and freezer is quite small.

I did a couple of batches of muffins; this one, and this one, and also processed a pumpkin, leaving behind several (and by several I mean 13) portions of frozen pumpkin puree for more muffin baking. That pretty much took up an entire drawer of our freezer.

For several weeks I made double batches of whatever we were having for dinner, and froze portions for Paul to have down the road, including an quick and tasty tomato, fennel, and quinoa soup. I also bought some small aluminium tins and made a batch of roasted vegetable lasagna (recipe to come) and a batch of pumpkin mac n cheese which I froze un-baked with cooking instructions written on the lids. This is what the top drawer of our freezer looked like when I left. Those aluminum tins are double stacked, as are the Tupperware with the blue lids (full of roasted pumpkin lasagna), so there are a good 20 meals stacked away in there. That aught to last him a while. 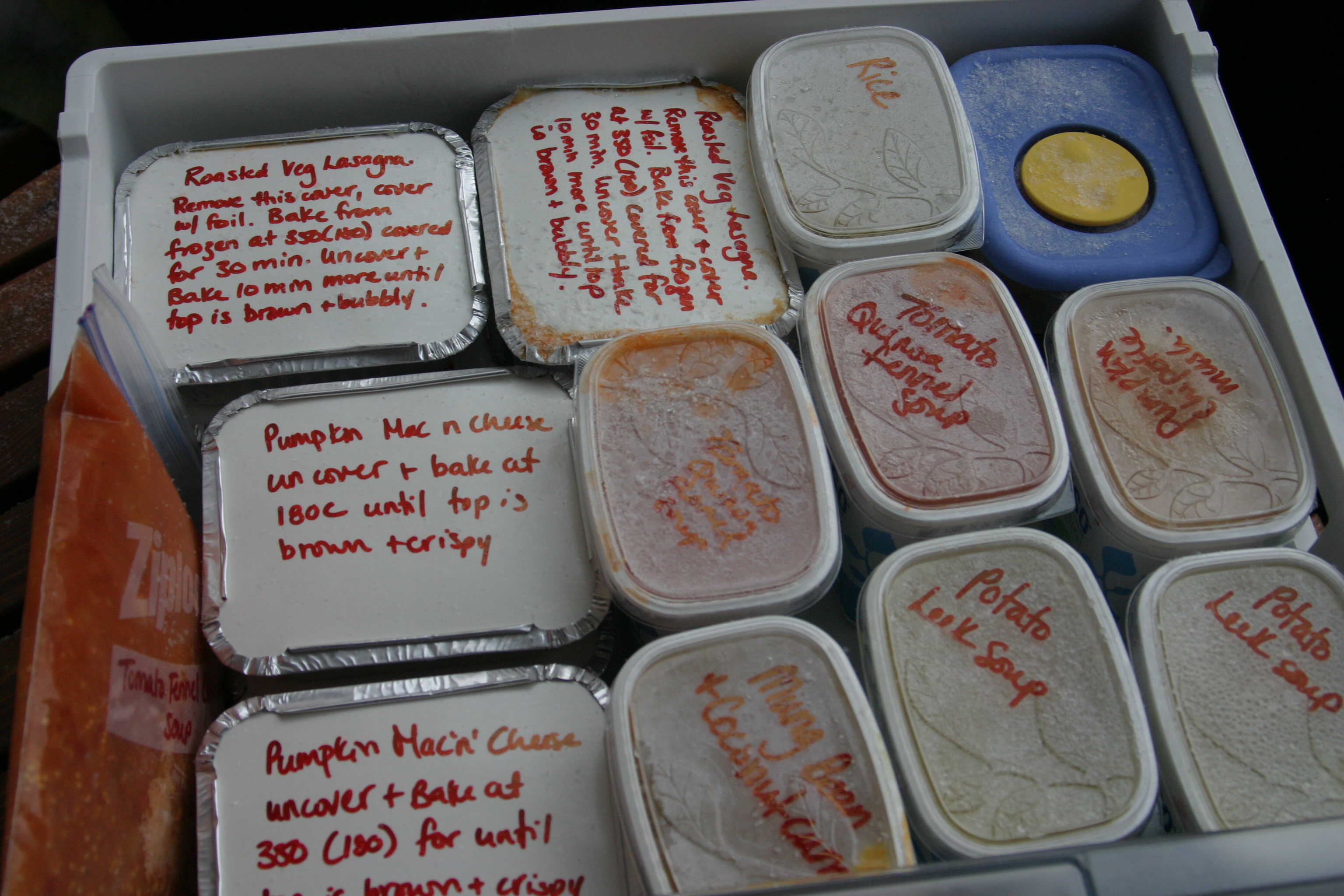 This is the giving season, and I’m a firm believer that consumable gifts are the way to go. If you know someone who has a lot going on in their life, or is just plain busy, consider making some freezer meals for them to have on hand for those times when they just don’t have the time or energy to cook something for themselves.