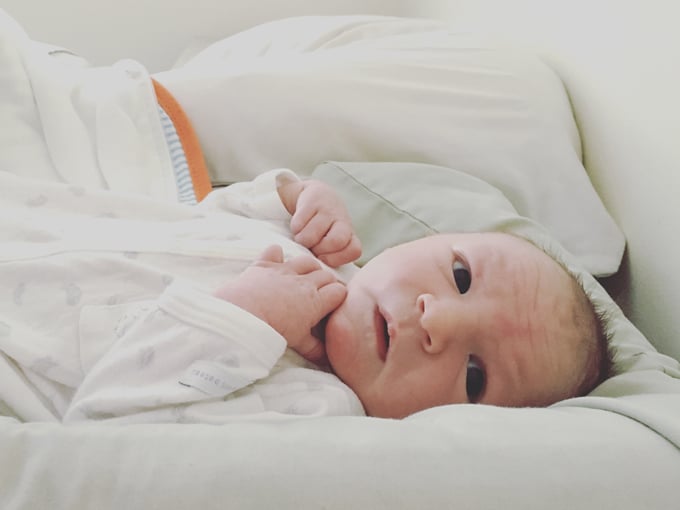 This little man came storming into our lives almost two weeks ago, in the wee hours of March 1st, 2016. He avoided being a leap day baby by a matter of hours, but when he decided he was ready to come he charged out at break-neck speed, clearly taking after his father and attempting to set the course record.

I'm in awe of the whole experience; the intensity of it, how primal it was, and how my body and brain just seemed to know what to do. For the most part I was on a journey all of my own although I was vaguely aware of people buzzing around me. Paul, having diligently practiced the exercises from our birthing class was relegated to the background, his primary task updating my family overseas as things progressed. But critically, and thankfully, he was there to drag the nurse and midwife into the room the moment I screamed about feeling the head, and a matter of just a few minutes later I had my beautiful baby boy in my arms and we were a family of three. Just like that. 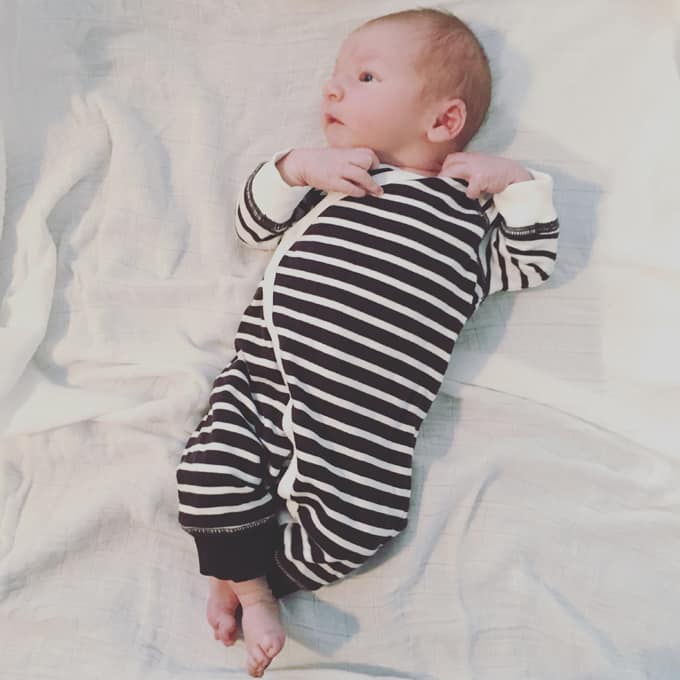 His name is Niko, short for Niklas, and we are so in love. So far he's been a mellow little dude, and we've been having a great time getting to know each other better. We're captivated by all the adorable little noises he makes, the jerky movements of his arms and legs, and the ferocity with which he'll throw himself into position for nursing - message received, little man. I've consciously slowed right down, and rather than rushing to settle my boy so I can get to some mundane task or another, I've been soaking up the cozy milk-drunk moments with him curled up on my chest, running my hand up and down his tiny spine in complete disbelief that I made this person and he's finally here.

I'm sure you'll understand why things continue to be quiet around here for a while more.