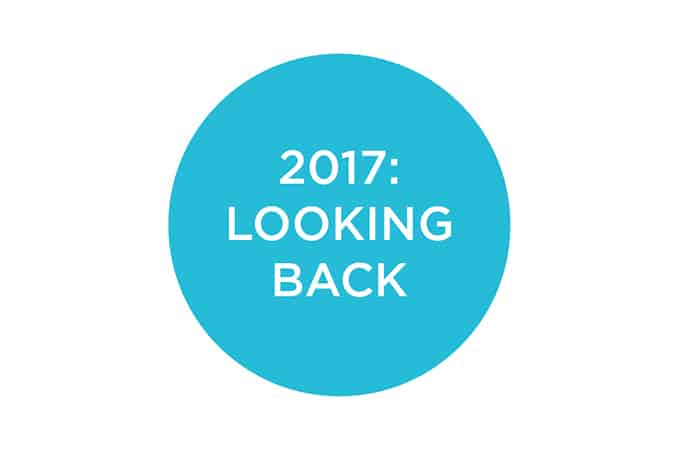 Last year this time when I sat down and wrote this year-in-review post, you could say I was in a state of considerable unrest. I was sitting in a rented condo in Kauai while my tiny yellow-haired son slept peacefully in the other room, reading news of bombings in Syria and wondering what a Trump presidency would mean for the world. I was unsettled, filled with the urgent need to do something, yet lacking the know-how or resources to figure out what that something was, let alone put anything into action.

Not that the world is in any better shape one year later – au contraire, we’ve got an ongoing migrant crisis, ethnic cleansing in Myanmar that the world is largely turning a blind eye to, and the president of The United States of America is a trigger-happy moron who may just tweet his way into nuclear war – and yet, sitting here, writing this today, I feel infinitely more hopeful than I did a year ago. Yes, the year has been a disaster. But the people? They have rallied.

I was so worried after the Women’s March last January that the fire would fizzle out, but I’ve never been so happy to be proven wrong. The people have risen up and pushed back against injustices big and small. From the instantaneous backlash to the travel ban to the #MeToo movement, it’s clear that people from all walks of life are prepared to fight for what’s right. A good friend of mine marvelled to me that she hadn’t considered herself a feminist before, but this last year created feminists and activists out of many of us.

For my part, I spent a year working on tiny, actionable ways of bettering the world. In the late days of December 2016 and the early days of January 2017, I donated to a couple of charities at a loss of anything else to do. That sparked an idea, and I decided to make a donation to a different charity each month in 2017:

None of the donations were particularly huge; the range was from $25 – $100 USD. But each of them mattered to me in their own way. More than half the donations were in honour of someone I care about, and the others were chosen for the good work they do in fields that mean a lot to me.

I intend to carry on with this donation-per-month plan in 2018 because it feels good, meaningful, and is a simple way to contribute and make the world a better place.

I’ve been working towards making the world a better place in other ways, too. Last year this time I was scratching my head at how I could effect change through food and nutrition, and then it dawned on me – by being more me. If I could be more outspoken about who I am and what my values are, perhaps those words would reach someone who needed to hear them. And so, I’ve been moving away from sharing just recipes, and am working towards creating a body-positive, food-positive space. Some of my favourite posts are here and here and here.

I had a handful of goals I set for myself in 2017, some of which I accomplished, and some of which I didn’t. I do believe I unplugged more, though I think there’s still a ways to go in that department. It’s tough when you live in a connected world and run an online business, however, I think setting times to put the phone away and be present in real life is indisputably important.

I did not start running again, but I did finally rehab the hip problem that had been bugging me for the better part of a year. Will she run again in 2018? Time will tell.

I do believe I rose up creatively, just not in the ways I outlined that I would. There were goals I accomplished in 2017 that I didn’t even know I had yet when I wrote that post, and some of those took precedent over the ones I thought I had.

I read 13 books last year, something I am immensely proud of. 13 may not seem like a lot to any bookworm types out there who easily crush 30 books in a year, but as a busy working mom and business owner, it took effort and sacrifice (of sleep, mostly) to make that happen. Are you interested in hearing about the books I read and which ones I’d recommend? Perhaps I’ll save that for a post of its own.

Most notably, in 2017 I took a huge risk and left my stable, reasonably well-paying full time job to go out into the great unknown. I left behind paid vacation, colleagues I genuinely enjoyed being around, and delicious fresh-baked bread delivered daily to sit at home tap tap tapping away at my computer all by myself.

And you know what? So far so good. 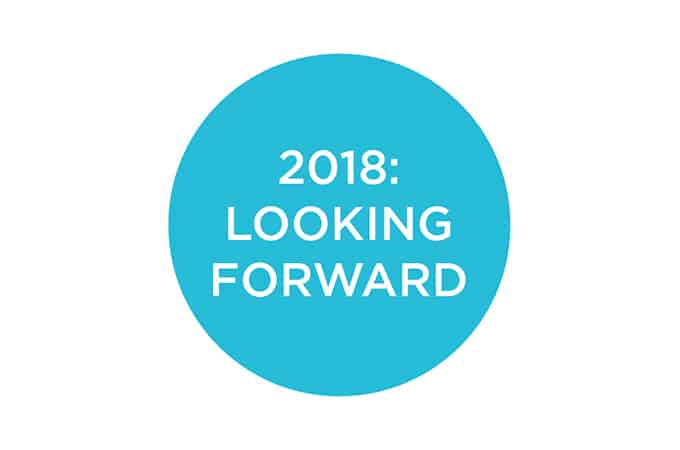 As the year goes forward I’m hoping to find better balance. I managed to way overbook myself in December, which affected my wellbeing and happiness, put strain on my marriage, and just generally wore me out. Learning to be a better business lady, knowing when to say no, and putting myself and my family first are among my goals in 2018.

Working so much also meant sacrificing time to work on some of my long-term goals, which include bringing more no-nonsense nutrition and tasty recipes to you folks, on the blog but also in a couple of new ways that I’m excited about. I need to carve out time to work on that stuff because it excites me and brings me joy, and I think it will be meaningful to you all as well.

On that, I have some news: In the coming months The Muffin Myth is going to be going through a transformation. The site will be getting a fresh new look and some better structure, but it’s also going to be getting a new name that I think is more in line with what the site is all about.

I am, in many ways really attached to The Muffin Myth and all that it means, as are the two people who have worked most closely with me on this site. But I’m soooooo tired of explaining that I do not, in fact, write a baking blog! I’ve considered rebranding a few times over the years but have never found another name I like as much, and keep getting talked out of it. This time, though, I stumbled upon a name that I realized I was already using in a way, discovered that the domain was available, and I’m going for it.

I’ll share more news about the rebrand – and what it means for you – in the coming months.

In the mean time, let me wish you the happiest of New Years. Wishing you all good health, good food, love, and light for 2018. Let’s do this thing!